29th SEA Games: Do the Richest Countries Win the Most Gold?

We examine whether national sports performance is linked to average wealth, economic size, or population 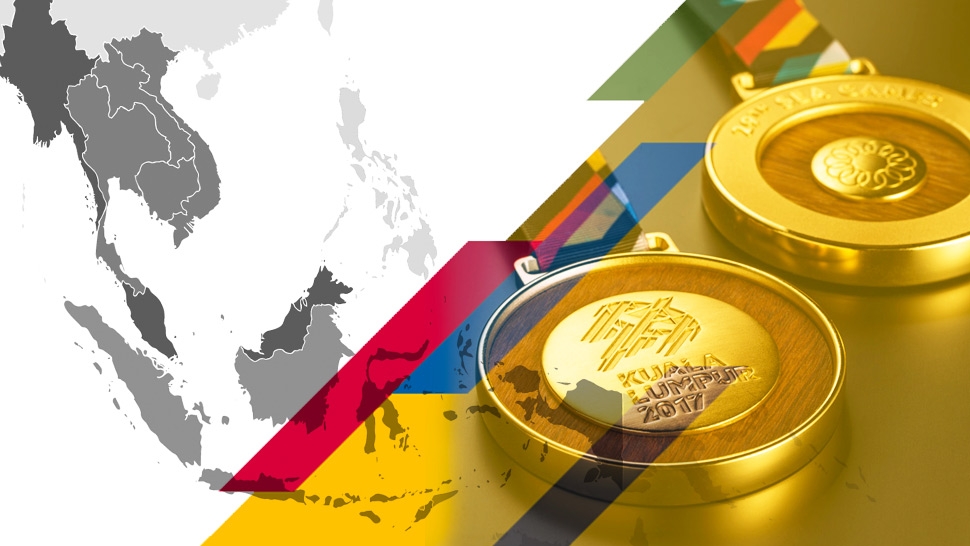 The overall outcome wasn’t a good one for the Philippines, which recorded its worst finish in the SEA Games in 18 years as it went home with only 24 gold medals and a total number of 121 medals. The country will host the next SEA Games in 2019.

On the other hand, Malaysia made history with a record of 145 gold, 92 silver and 86 bronze medals for a total of 323 medals, the most it got since the games began almost six decades ago. Placing second is Thailand with 72 gold and 246 total medals, followed by Vietnam with 58 gold and 168 overall medals.

Formerly known as the Southeast Asian Peninsular (SEAP) Games, the sports festival was founded in 1959 with only six participating states: Burma (now Myanmar), Kampuchea (now Cambodia), Laos, Malaya (now Malaysia), Thailand and Vietnam. By 1977, four more countries have joined the fold: Brunei, Indonesia, Singapore and the Philippines. Timor Leste, the only country that is not yet a member of the Association of Southeast Asian Nations (ASEAN), joined the sports festival in 2003.

At the turn of the millennium, the biennial games have been attracting around 4,000 athletes to compete in around 40 sports and disciplines. Different nations have reigned as champions in the past years’ SEA Games.

Historically, the country that won the most number of gold medals for each year that it joined the SEA Games was Indonesia, which garnered an average of 83.1 gold medals, according to the data from the Olympic Council of Asia, the main sporting body in the region recognized by the International Olympic Committee. It won a total of 1,745 gold medals but participated in only 21 years.

What could account for the different Southeast Asian countries’ gold haul over the years? Is it the average wealth of the citizenry, as measured by the per capita GDP? Or is it the overall size of the economy, as measured by its GDP? Or perhaps by the number of the population?

To check the relationship of each of these variables with a country’s historical performance in the SEA Games, we constructed three scatter graphs and plotted the various country’s average gold medal winnings with per capita GDP, overall GDP and population. The results are shown in the infographic on this page.

Based on the first graph, which plots a country’s average gold winnings with per capita GDP, it’s clear that the citizens’ average wealth is not the most important factor in explaining a country’s sports performance. The trend line that emerges is downward sloping, an indication of weak or negative relationship between the two variables. A close look at some of the points in the graph also leads to the same conclusion. The country with the highest per capita GDP of $52,960 per person – Singapore—ranks only sixth in terms of average gold medals won. The second richest country, Brunei, with a per capita GDP of $26,983 per person, ranked last along with Timor Leste.

The second graph, which plots gold winnings with the size of the current GDP, looks more promising.  The trend line is upward sloping, suggesting a positive relationship between the two variables. In other words, the bigger a country’s GDP, the more likely it has won more gold medals. This seems to be confirmed by looking at the top three countries with the most gold medals: Indonesia, Thailand and the Philippines. They also happen to be the three countries with the biggest GDP in the region.

The third graph, which plots the average gold medals won with the size of the population, also yields an upward sloping trend line. Again, this suggests a positive relationship between the two variables: a country with a larger population is more likely to garner more gold medals. The top three countries with the highest average of gold medal winnings also belong to the four most populous countries.

Here's How to Find Out Everything Facebook Knows About You