In case you weren't already hyped for U2 in Manila.
CREATED WITH SMART
Nov 29, 2019
Shares
Share
Tweet

It took more than 30 years, but for many Filipino fans, the wait could very well be worth it. U2’s stop in the Philippines last December 11, part of their 2019 Joshua Tree Tour, was their first Manila concert, and it was a long time coming. Naturally, Filipinos made a mad dash (or at least the online equivalent of a mad dash) for the tickets as soon as they could.

Fans knew exactly what they're getting: a great show. But perhaps it's the band that would be in for a surprise if they discover an ardent and loyal fanbase in the Philippines—a fanbase that included Rico Blanco.

The singer-songwriter and self-avowed U2 superfan took to Twitter and waxed nostalgic about the first time he saw the legendary rock band live 14 years ago in New York City. Blanco revealed how it broke his heart that he didn't have anyone to share the experience with. Writing on Twitter, he said, "Naiyak ako few times wishing my friends & loved ones were w me."

In the same post, the former Rivermaya frontman also expressed his utter excitement for the band's much-awaited, much-hyped concert in the Philippines. He took to "soundtrippin" the Irish quartet's catalog, to the point of wanting to play their songs. The tweet read, "…just wanna find some ppl to jam U2 songs w/. Sinong game?"

Within an hour of posting this casual query, pop songstress Barbie Almabis, drummer and Sandwich frontman Raimund Marasigan, and guitarist Francis Reyes of The Dawn fame—huge U2 fans themselves—tweeted their way into the jam session. Rico also corralled Japs Sergio, his former bandmate at Rivermaya, and Buddy Zabala of Eraserheads to take on bass and keyboard duties, respectively.

Smart, responsible for bringing U2 to the Philippines this December, picked up on the Twitter thread and gamely offered to elevate host an actual gig. 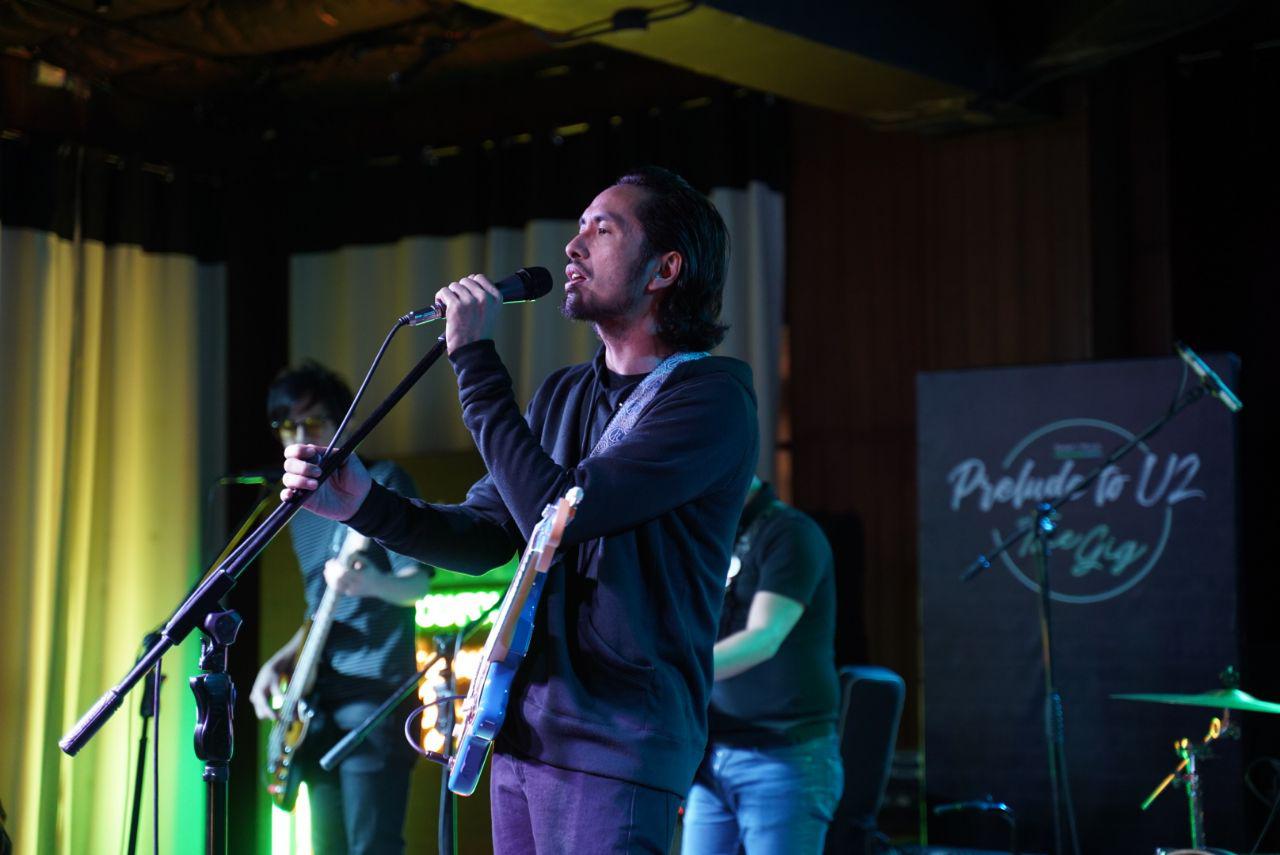 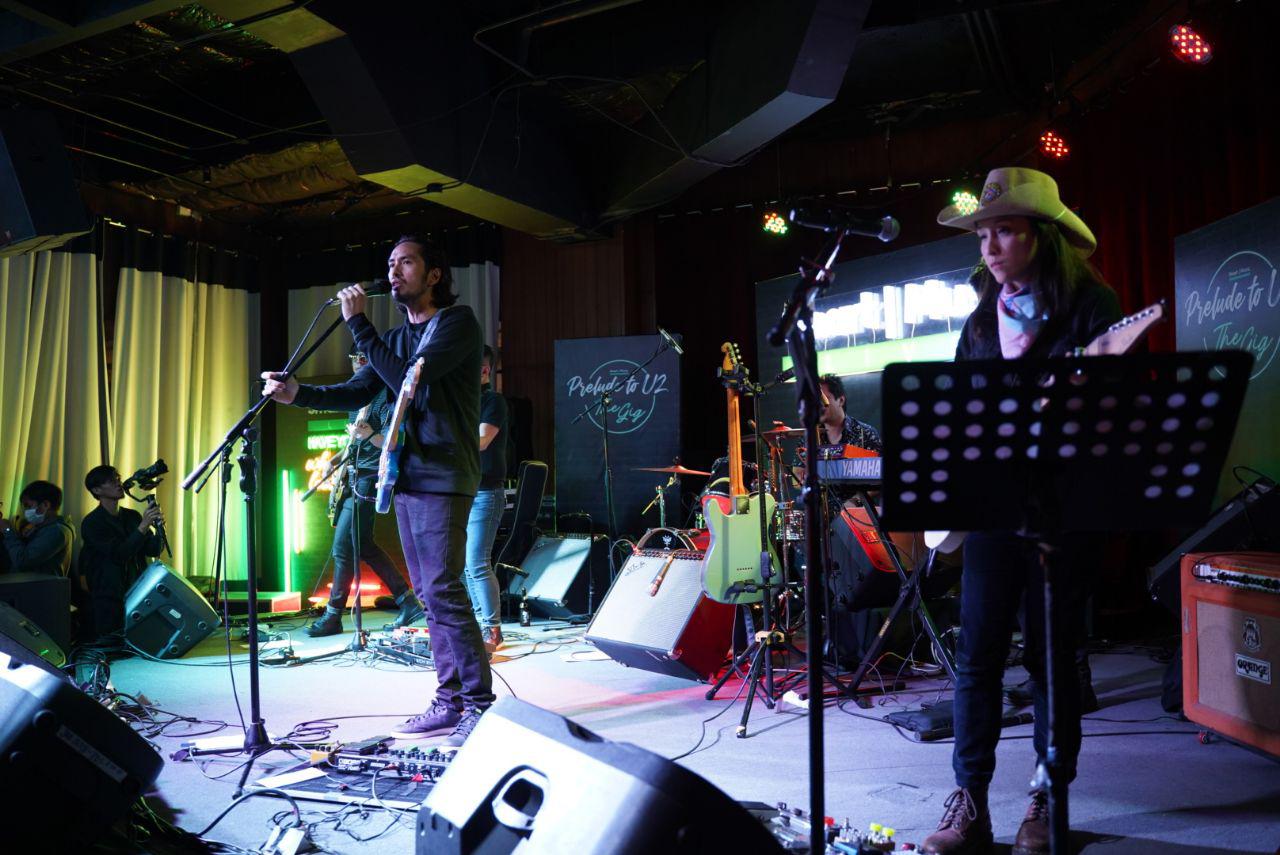 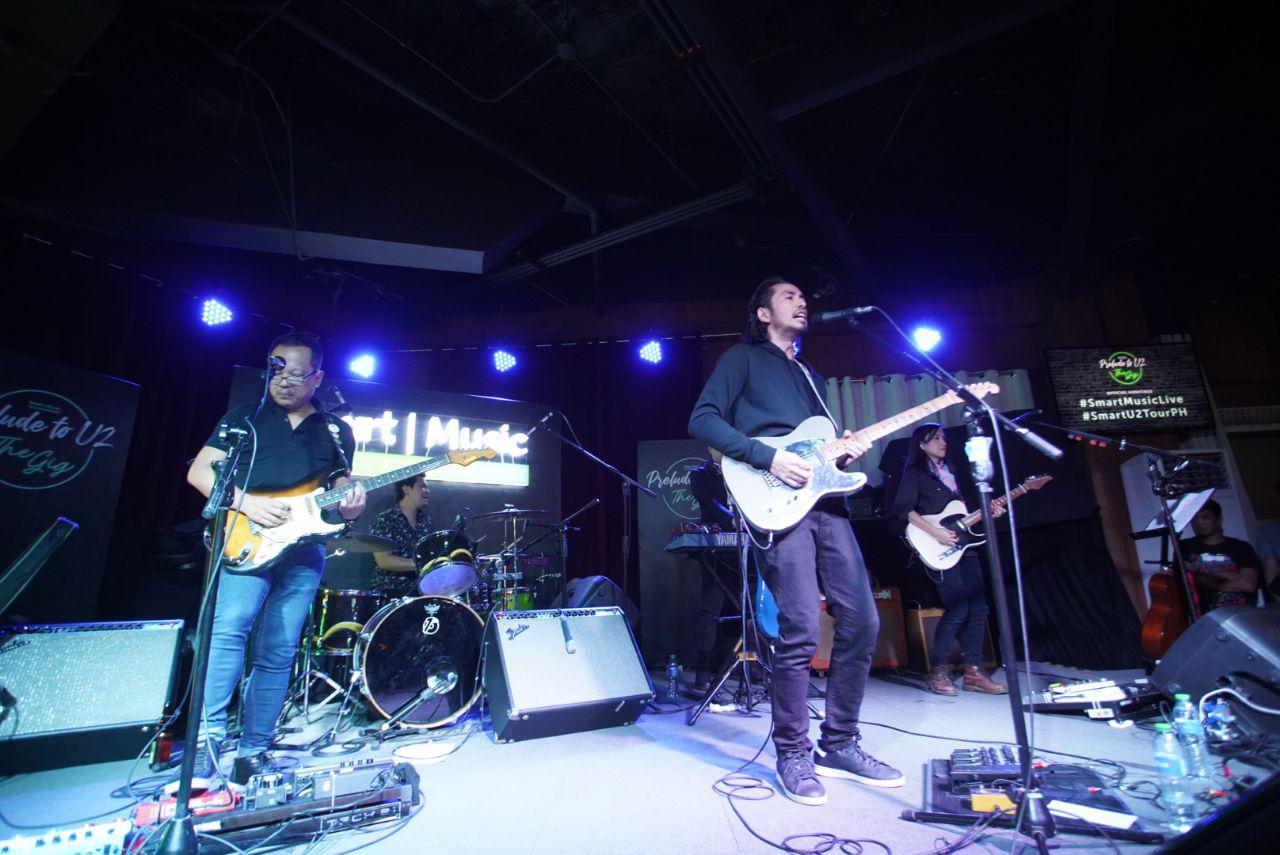 And that's how a super band of some of the most iconic Filipino musicians ended up performing renditions of U2’s most classic hits at 12 Monkeys bar in a one-time event called "Prelude to U2".

This tribute gig was an exhilarating jaunt down memory lane for both the performers and the audience, mostly composed of U2 devotees, Filipino music fans, and Smart subscribers.

The superband or The Joshua Six, a term Raimund coined during their first practice, started out with "Sunday Bloody Sunday". Soon, the audience was back in 1983, the year the song came out, in the throes of adolescence, wailing along to the song's plaintive chorus.

That wasn't the only song that had people singing their hearts out. Fans also warbled through Barbie Almabis's exuberant acoustic version of "I Still Haven't Found What I'm Looking For" and tested their high notes in "With or Without You".

"If you're enjoying, we're enjoying times 10," said Rico after everyone tried to stretch out the outro of "All I Want Is You". 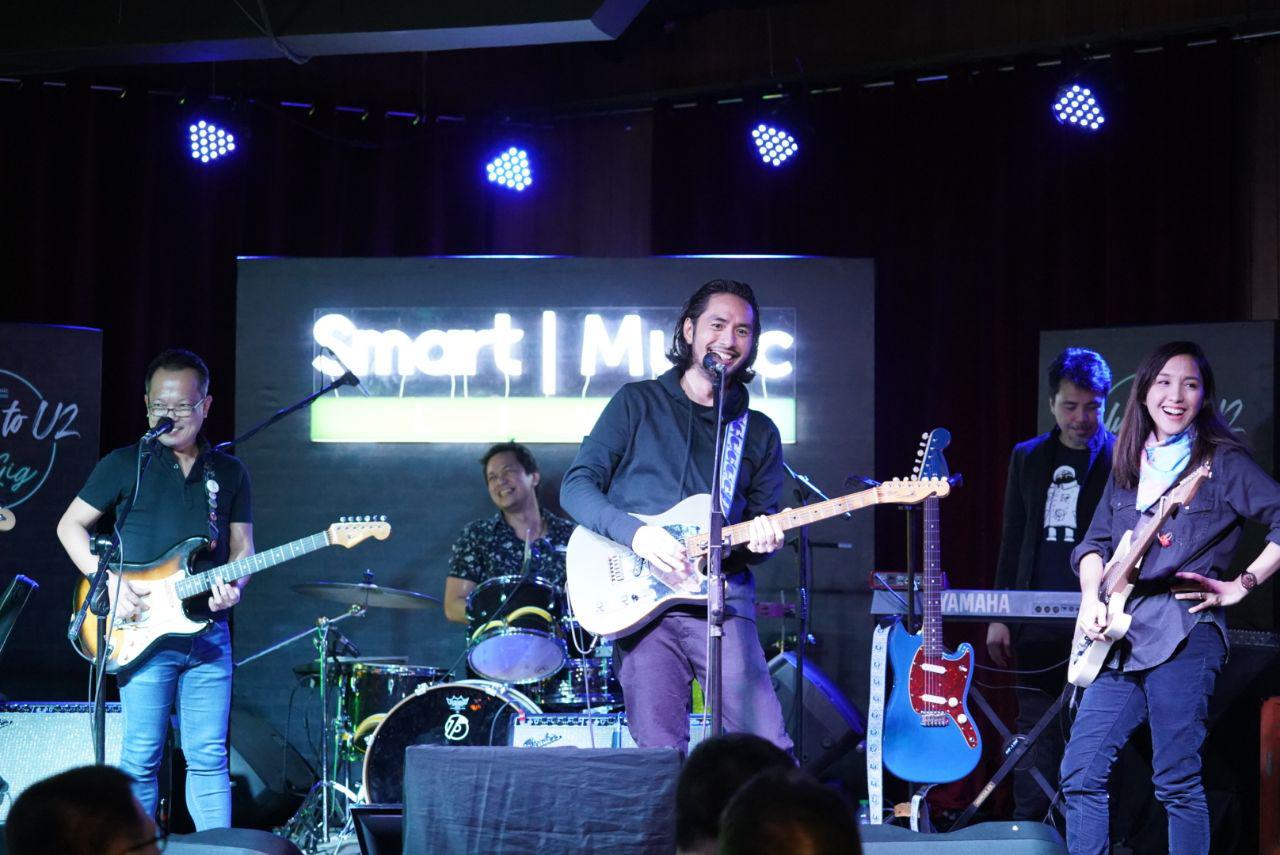 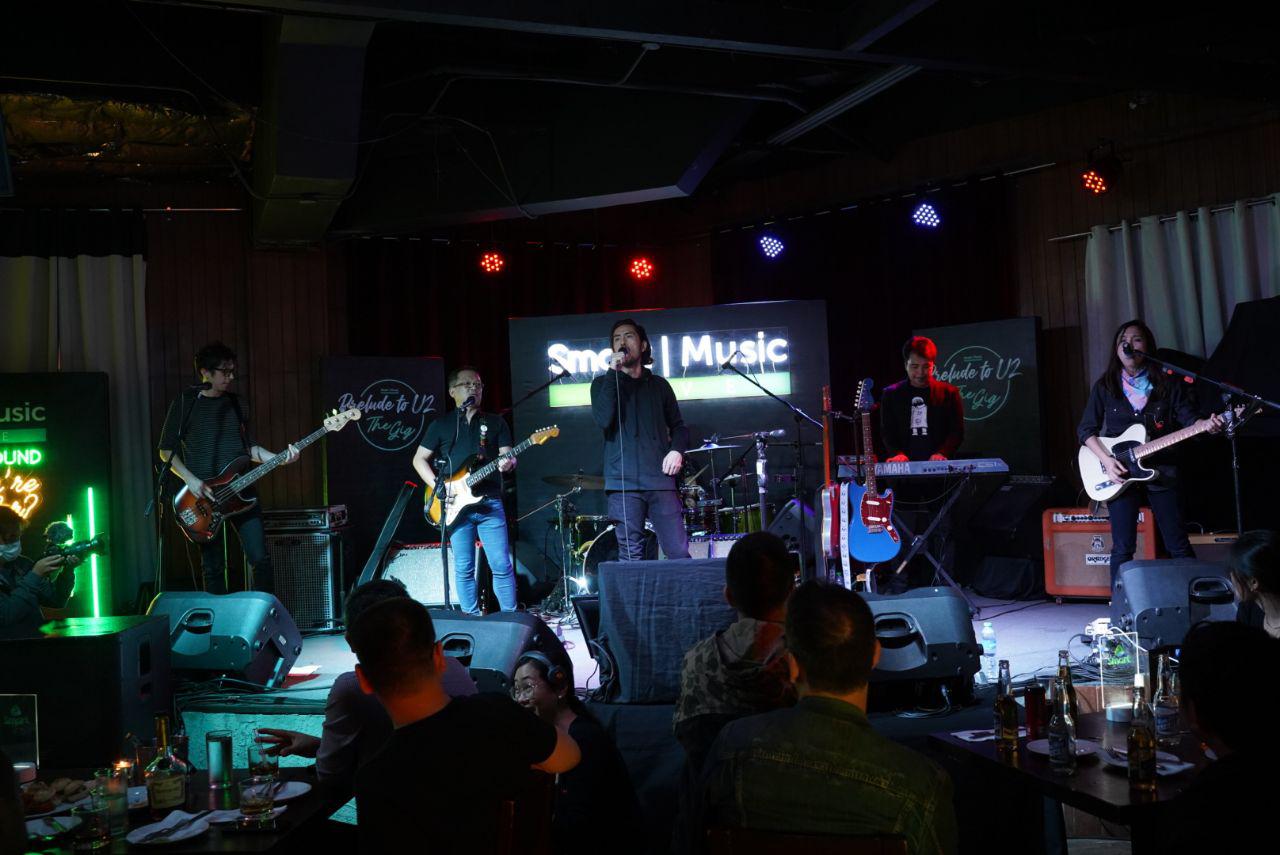 During the fourth song, "I'll Follow", rock legend Basti Artadi walked in took a seat right in front of the stage. His mien remained passive the whole night, but he most probably was singing the lyrics in his head, too.

When people weren't joining in the sing-along, they sat silent, still trying to comprehend how six OPM legends ended up belting out U2 covers and, in between, improvising and trading quips, as if they were jamming it out in a living room instead of a packed music hall.

Even Barbie seemed a bit dazed by how it all went down. "It's such an honor to be playing for you," she said. "I'm a huge fan of U2, but I'm also a huge fan of everyone on this stage."

Rico needed to have his say and toward the end of the set blurted out, "I'm the biggest U2 fan. Fight me."

"How many DVDs and books do you have?" Francis countered.

"How many tears did you shed the first time you saw them live?" Rico shot back.

But it didn't matter who had the bigger collection of U2 paraphernalia or who knew the most U2 trivia. This super band won everyone's hearts and gratitude in the same way U2 had—with really great music.