Golamco, who is Chinese-Filipino-American, started out as a playwright and then moved to writing for TV and film.

After the surprise blockbuster hit Crazy Rich Asians, the next big Hollywood rom-com is coming to Netflix at the end of the month. Always Be My Maybe is already gaining notices not just for its cast composed mostly of Asian-Americans, but for a lighthearted and genuinely funny script from Randall Park, Ali Wong (who both also star in the film) and co-writer Michael Golamco.

Golamco, who is Chinese-Filipino-American, started out as a playwright and then moved to writing for TV (most notably on the fantasy series Grimm) and film. He met Wong and Park at the University of California in Los Angeles (UCLA), where Park started a student-run Asian American theater company and where he (Golamco) was one of the charter members.

Esquire Philippines was at the premiere of Always Be My Maybe in Los Angeles, California. We met Golamco at the after-party and he was kind enough to indulge us in a brief interview about his career beginnings, working with standout stars like Wong and Park, and breaking to us the big news that he co-wrote the script for the big-screen adaptation of the classic Japanese manga Akira with Taika Waititi. 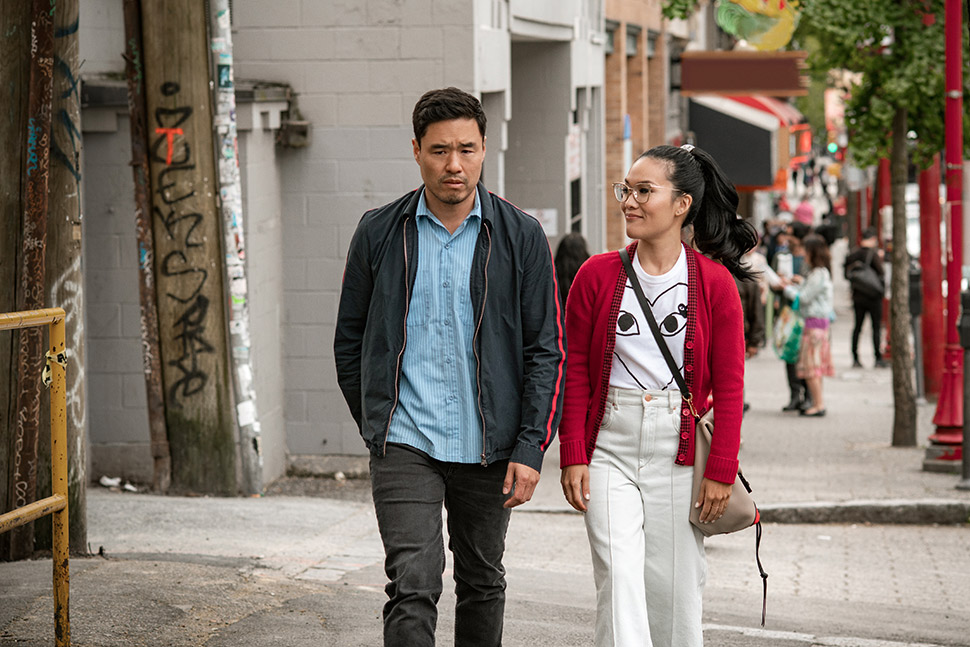 Esquire Philippines: Please tell us a bit about your background. Are your parents both Filipino? Did you grow up here in the US?

Michael Golamco: I was born in Manila and immigrated with my parents to Vancouver, Canada when I was five. Then we moved to the San Francisco Bay Area when I was 10, and I’ve lived here ever since. My Mom is Filipino and my dad is Chinese.

You met Ali and Randall in UCLA. Can you tell us stories about your years there? What were they like in college?

Randy and Ali have always been super talented, and there was always a feeling that something big was in store for them. None of us are surprised at their success!

How did Always Be My Maybe start? I understand it began with Ali and Randall and they brought you in? How far into the writing and development process were they when you joined them?

Yeah, they brought me in when they had a general outline, and we worked together to make it solid. Then I went off and wrote the first draft, and we came back together and continued to work on it for a couple of months before our reps took it out to the town.

What was the writing process like with the two of them?

It was super fun! It’s amazing to work on a script with two of the funniest people you know—who are also your friends—and pitch jokes together. It’s a totally unique experience, and it’s something to really savor.

Besides being funny and entertaining, what message did you want to send to people with Always Be My Maybe?

Love is complicated and stressful but what it comes down to it, we all need it. Allow yourself to be vulnerable, be open to love.

You’re working on a new project, adapting the children's novel Hello Universe. Tell us how this is going and what can audiences expect from your take on it? Are you planning to keep the ethnicities of the characters, particularly the Filipino-American boy?

I just started working on this for Netflix. I love Erin Entrada Kelly’s book, and it’s going to be a lot of fun adapting it for the screen. One of the protagonists is a 12 year-old Filipino-American kid named Virgil Salinas, and part of the joy of doing this adaptation is bringing that character to life for audiences. It’s important for the audience—particularly a worldwide audience—to see Filipino people as leads and heroes in our stories.

How do you feel about the seeming wave of high-profile Hollywood projects that feature Asian and Asian-American casts? Do you think the tide is turning and we're going to be seeing more of these kinds of projects in the future?

Yeah, I think the town is expanding its mind on WHO are bankable leads in movies. Crazy Rich Asians really opened peoples’ eyes to the possibilities. Hollywood is very interested in building new audiences, so I’m feeling optimistic about it all!

You've done a lot of stage plays and screenplays for TV shows. What would you say would be your dream project to write?

Akira is my dream project…and luckily enough, I ended up writing it with Taika Waititi for Warner Brothers, and we’re headed into production! So I gotta find a new dream project! I don’t know what that is yet, but I’m sure I’ll think of something! I’m always daydreaming.

For people who are interested to do what you do, who would like a career as a writer, what's your best tip or advice?

Write a lot. Work on your craft, your voice. Find your squad. Make things together. Producing theater/film taught me a ton about writing. Just keep going, and don’t stop!