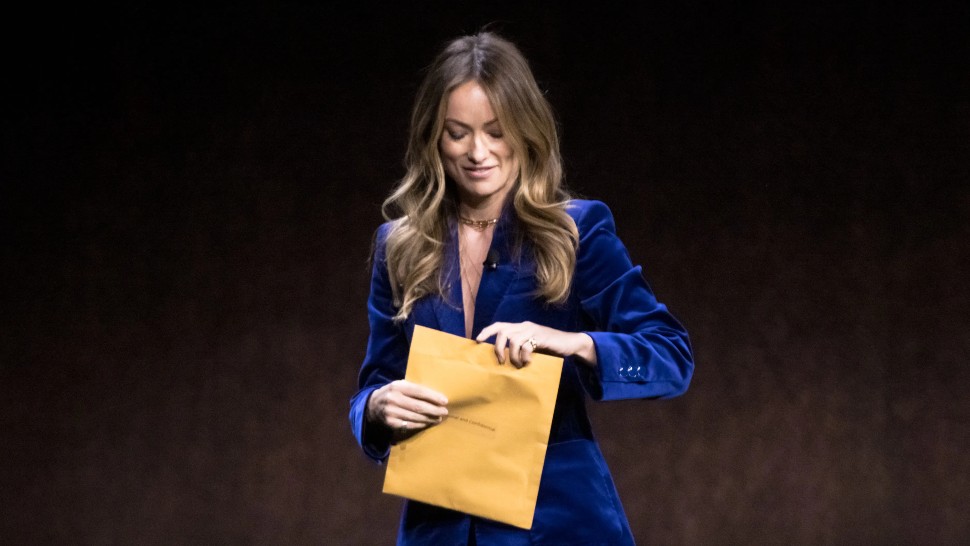 Olivia Wilde’s presentation at CinemaCon Tuesday went viral as the actress-turned-director was allegedly served with custody papers while she was onstage.

On Tuesday, the former actress was at CinemaCon in Las Vegas to premiere first trailer for the her forthcoming film, Don't Worry Darling--in theaters Sept. 23--in which she co-stars with Harry Styles, KiKi Layne, Florence Pugh and Chris Pine.

During the presentation, as Wilde was discussing Don't Worry Darling, a person approached her from the crowd and handed her a manila folder labeled “personal and confidential.”

“This is for me? Is this a script?” Wilde said upon receiving the envelope. After glimpsing the contents, she added, “OK, got it. Thank you.” Wilde, who did not discuss the contents of the folder, continued her presentation while holding the envelope.

First and foremost, to state my biases in this case coming in, I loved Booksmart, but I've cried at nearly every episode of Ted Lasso. Now that we've addressed that, we can begin.

Following the separation of Wilde and Sudeikis, the Ghostbusters: Afterlife actress began dating Styles, shortly after filming began on Don't Worry Darling. Despite the breakup, Sudeikis and Wilde's relationship (and co-parenting of their two children remained amicable) as far as the public eye could tell.

Though Styles and Wilde have been relatively private about their relationship, the two still appear to be together. Everything seemed to be fine, until she was served papers onstage at CinemaCon.

For anyone curious as to whether or not this is common practice for how legal documents get served, the answer is no, but also yes. As CinemaCon representatives pointed out to Deadline, "We have never in the history of the convention had an incident where a delegate has approached the stage who was not authorized to be there. In light of this incident, we are reevaluating our security procedures to ensure the safety of all our attendees."

Having papers served is a bizarre experience. Depending on the legal documents, a recipient can receive the paperwork just about anywhere. As to who deliveres it, that's a bit of a mystery, too. The preferred method of delivering legal paperwork is a personal delivery, where the documents are handed off directly to the party involved. In some cases, when the party cannot be reached directly, "substitute service" may be employed. Laymen's terms: the documents can be passed off to a third party who is able to deliver them directly. Did that happen at CinemaCon? I can't tell you. I'm neither Sudeikis's lawyer nor a clairvoyant.

As rumors swelled about the documents and whether Sudeikis did this as an abrasive act against Wilde, a source allegedly close to Sudeikis spoke to Variety and clarified that the Ted Lasso actor had no knowledge of the exchange happening beforehand and said he would "never condone her being served in such an inappropriate manner." 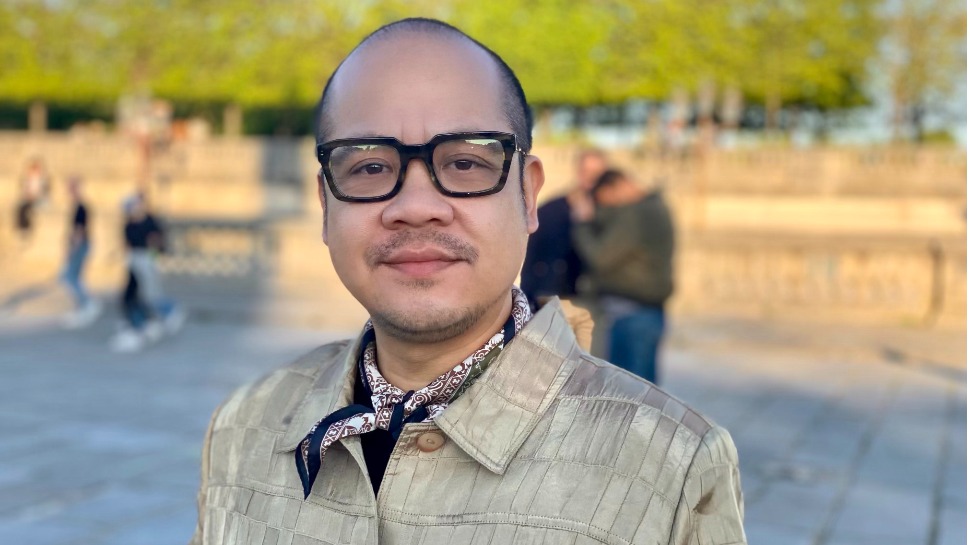 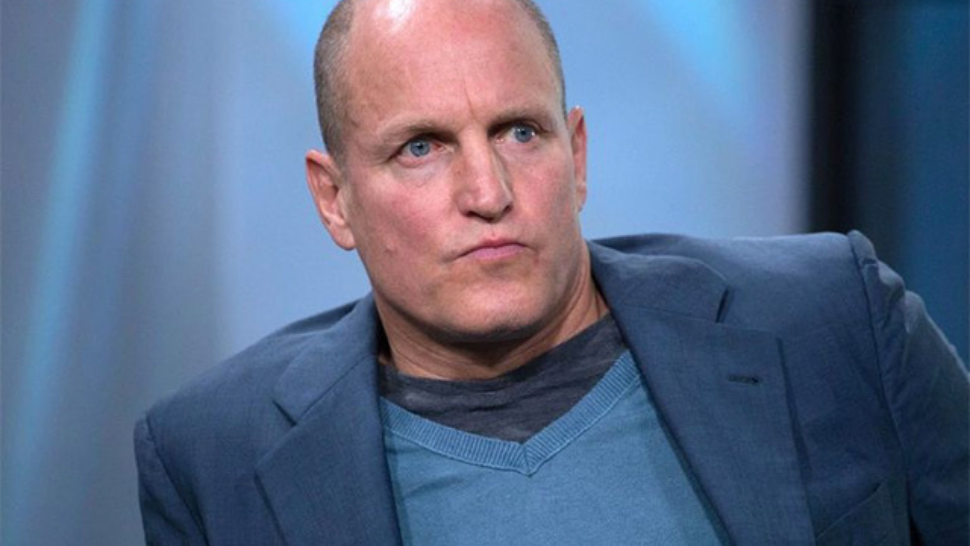