Juanito Maiquez has always loved toys. He's been fascinated with them since he was a kid and keeps fond childhood memories of the kinds of toys and cartoon characters he obsessed over in the ’80s and ’90s.

He drew these toys and characters just like his older brother. "My brother used to sketch a lot," he says, in a shy, soft voice. "Very technical siya mag-drawing. When I was a kid, idol ko siya. What he would draw, I tried to draw din. We grew up watching a lot of Japanese anime shows—super robots, Voltes V, Daimos, Bioman, Transformers, G.I. Joe. So I would also try to draw them."

Later, in high school, Maiquez fell in love with hip-hop culture and street art and then combined these into his art style.

But unlike many of us who forget the sense of wonder that toys and cartoons can inspire, Maiquez kept his eyes fixed on what he loved. His fascination, coupled with a clear knack for the arts, became a hobby, and then an obsession, and eventually, a career.

With the ultimate goal of pursuing art, Maiquez followed his parents' advice and first took up business in college. While studying, he continued to nurture his passion, and then eventually, he learned to apply his business acumen toward his art. A few years after college, Maiquez put up a design studio, and then eventually, his own brand of vinyl toys based on his art style.

Today, he goes by the name Quiccs, and is known around the globe as the street artist and toymaker behind the character TEQ63 and the Bulletpunk universe that it inhabits. 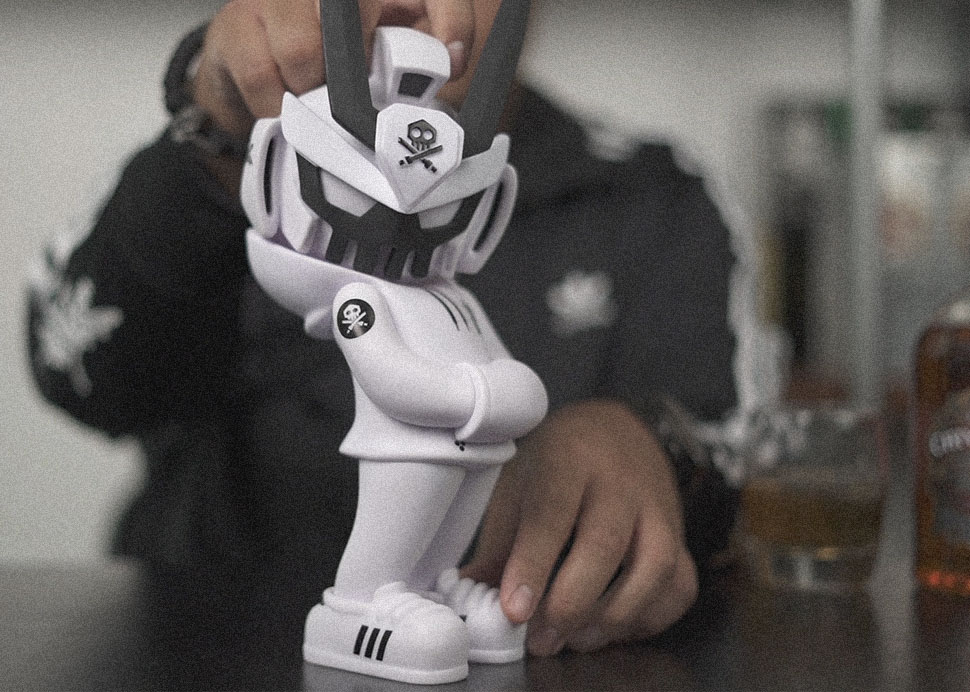 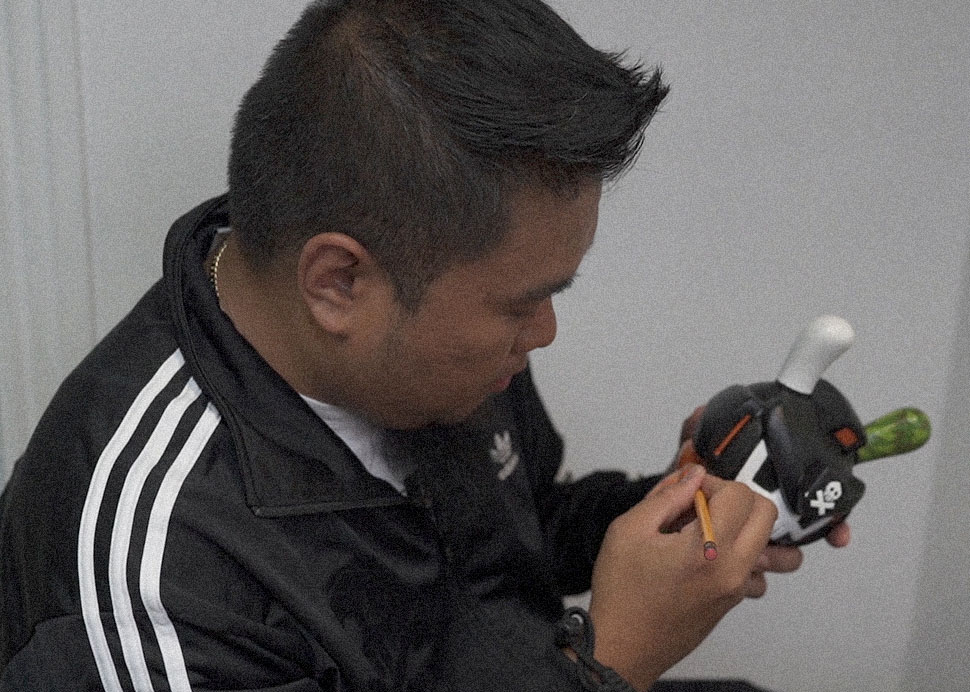 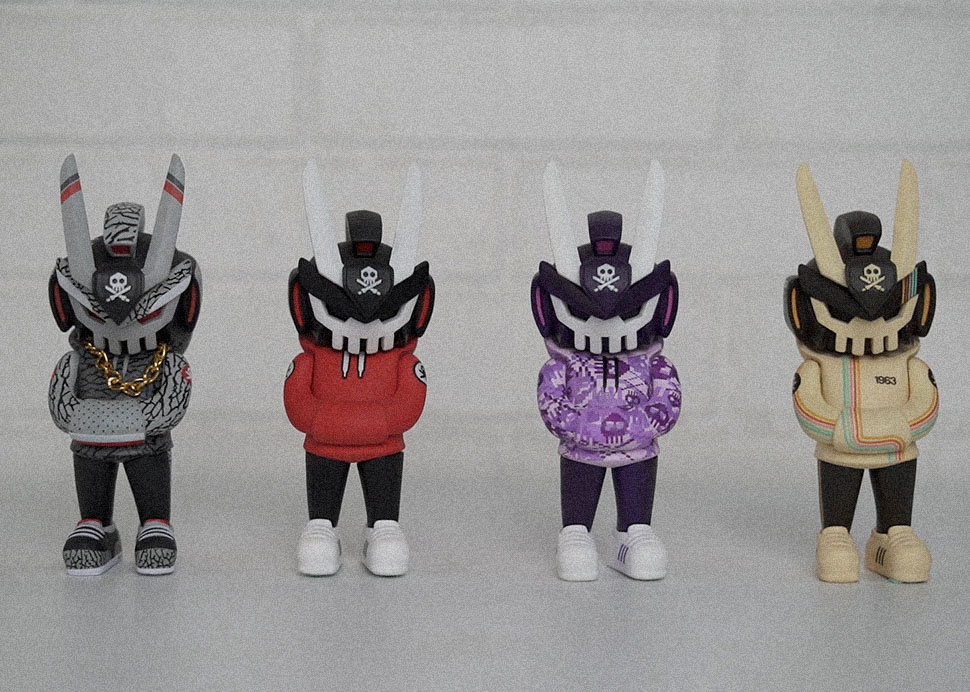 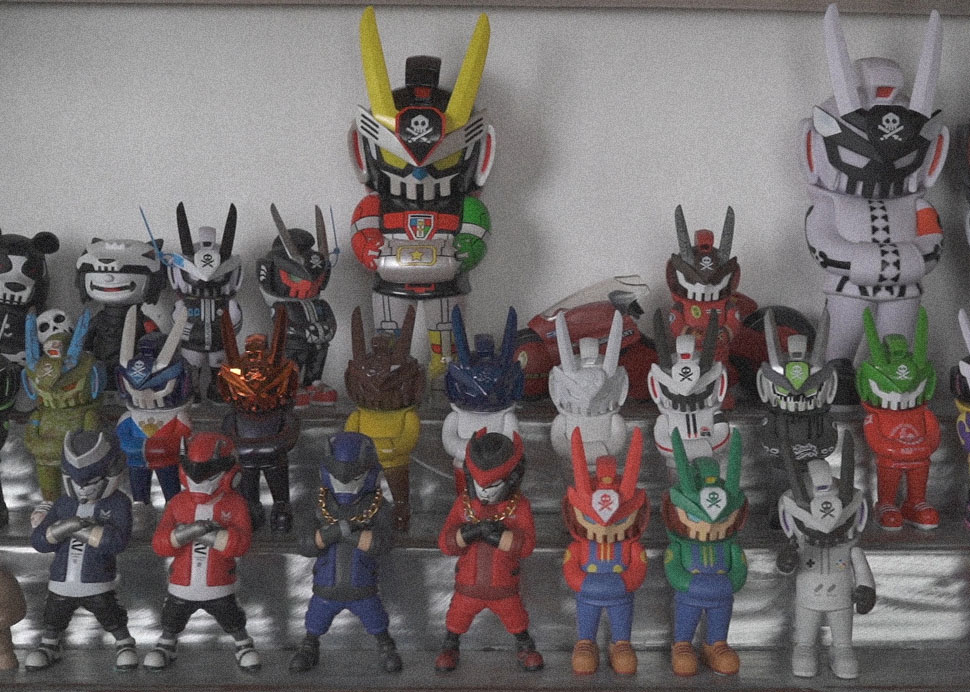 "Back in 2012, I wanted to plan ahead," says Quiccs. "I wanted to develop a character that would be the Mickey Mouse to my Walt Disney." Through a design competition in Thailand, he accomplished this and made the first iterations of TEQ63.

"TEQ63 is a combination of all my influences," he says. "When I was developing it, I wanted to create a character that represents all the cultures that I really have a passion for: Japanese super robots, hip-hop, and graffiti style."

Over the years, his creations have become world-renowned collectibles, and he's been able to work with big-name artists and brands. He's also uplifted the local street art community through purposeful collaborations.

"It’s very important to collaborate with other artists," he says, "because you get to combine your fanbases, who you’re exposed to, saka yung styles niyo. When they merge together, they form something different that you, yourself, won’t be able to explore or discover without going through the collab. Pag mag-isa ka lang lagi, isolated, you tend to plateau in terms of creativity."

Quiccs has about as great a success story as you could hope for as an artist trying to make it in the Philippines. It's a story with ups and downs, but one that was always rooted in a blend of passion, hard work, and the right acumen. Watch:

Chivas Regal celebrates stories like Quiccs', in which success comes from an unconventional blend of influences and a dauntless work ethic. Watch Esquire’s interview with Quiccs and learn more about how he embodies Chivas’ #SuccessIsABlend philosophy.