About The Books Barack Obama Read in 2017

The former leader of the free world has a lot more time on his hands now.

To ring in the new year, former U.S. President Barack Obama continued his tradition of listing and sharing his favorite books and music throughout the year that was. In a Facebook post, which is nearing 900,000 likes as of publication time, he says it’s “a nice way to reflect on the works that resonated with me and lift up authors and artists from around the world.”

Check out the books that made the former POTUS’ recommended reading list, and see if you can’t add any to your queue this year:

THE POWER by Naomi Alderman

Which is about: A sci-fi dystopia in which teenage girls begin developing the power to release electricity from their fingertips, eventually making women the dominant gender.
He must have liked it because: One of the defining moments of 2017 was the sudden and tectonic shift in gender politics towards the empowerment of women. While it was originally published in 2016, The Power seems to explore that shift by giving women a literal electric superpower which they can wield as they please.
And is available for: An estimated price of P1,300 for the hard cover edition, which you can get via special order at any Fully Booked branch, with a 50% down payment. Waiting time is 6-10 weeks. 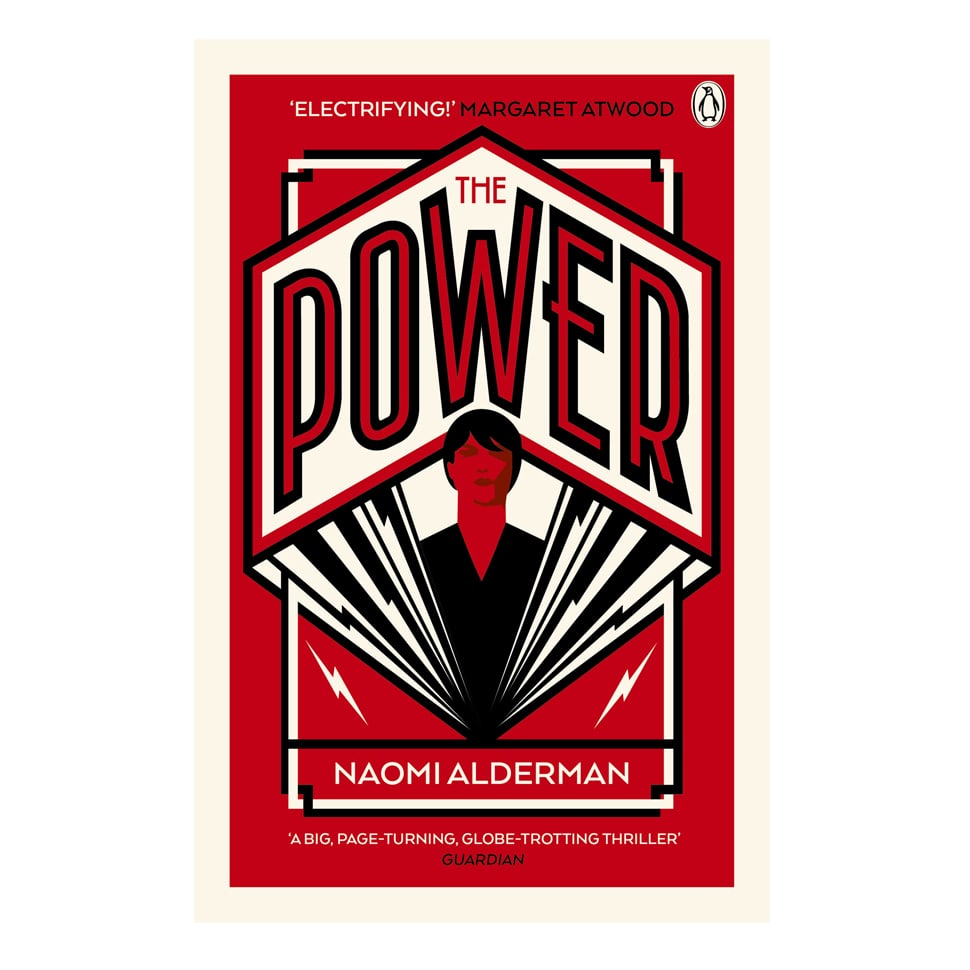 Which is about: The misunderstood life of Ulysses S. Grant, an army general in the American Civil War and the 18th President of The United States, as told by Ron Chernow, a Pulitzer Prize-winning biographer (who also wrote biographies for Alexander Hamilton, George Washington, and John D. Rockefeller).
He must have liked it because: Ulysses S. Grant was a two-term U.S. President who, despite criticism against his administration’s economic failures and corruption scandals, is still duly recognized for his efforts to protect African-American rights and to eliminate Confederate nationalism and the Ku Klux Klan. He’s also the U.S. President who succeeded the Civil War, and is regarded as having inherited a difficult job. As Sasha and Malia might put it: Relate much?
And is available for: P1,840 (hard cover edition), at Fully Booked Rockwell. 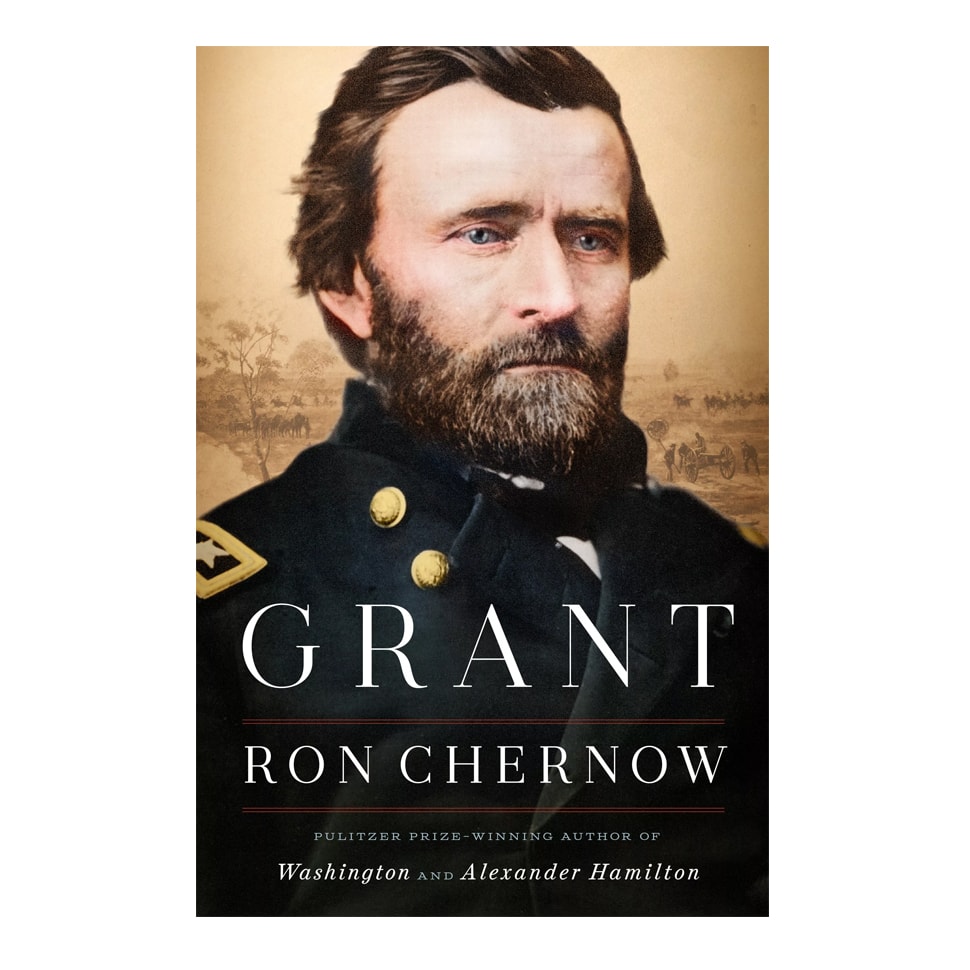 EVICTED: POVERTY AND PROFIT IN THE AMERICAN CITY by Matthew Desmond

Which is about: American poverty and inequality, as told through the lives of eight families in one of the poorest neighborhoods in Milwaukee, and the landlords who effectively control their lives. A single mother, a heroin addict, an amputee—all make barely enough money to survive.
He must have liked it because: These were the very problems that he was charged with solving when he was President, and this work of social realism must feel like a poignant reminder of the nation’s ills.
And is available for: An estimated price of P850 for the paperback edition, which you can get via special order at any Fully Booked branch, with a 50% down payment. Waiting time is 6-10 weeks. 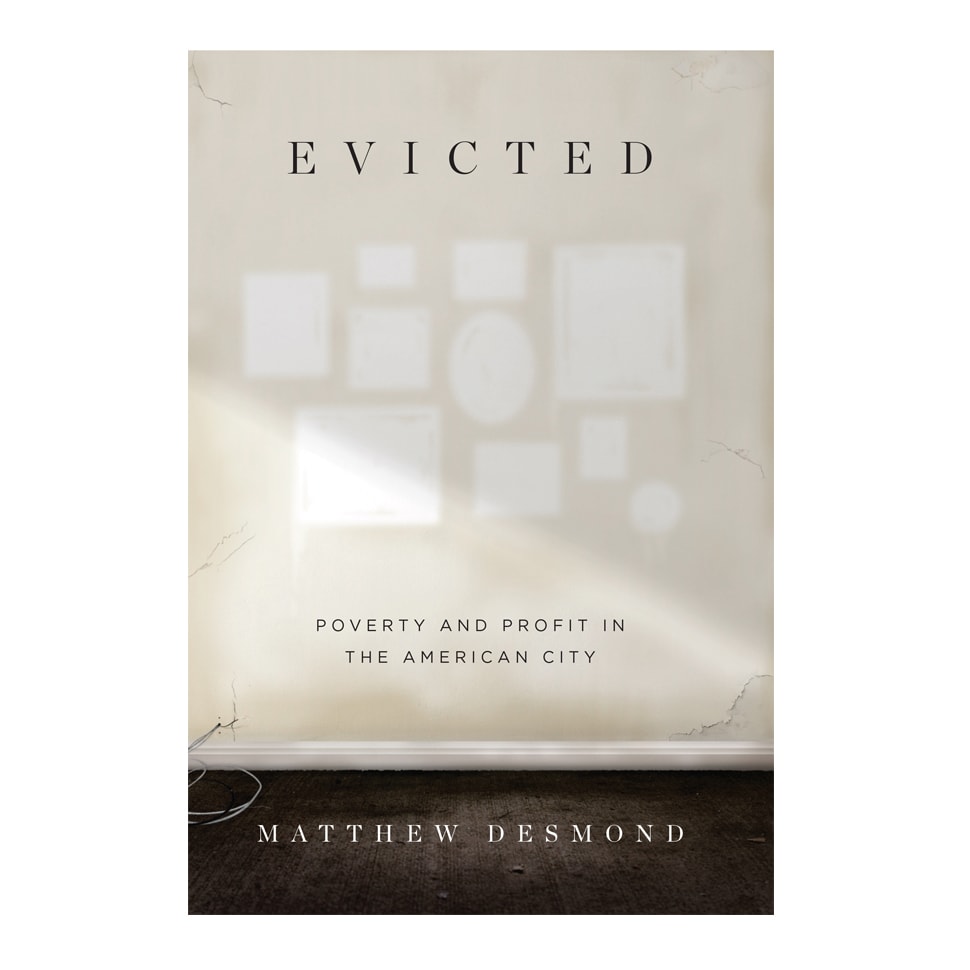 Which is about: The socio-economic fallout after America’s largest General Motors plant in Janesville, Wisconsin was shut down in 2008, by the Great Recession. The book has also been lauded for its depiction of the will to rebuild a healthy, prosperous working class.
He must have liked it because: One of the greatest facets of the Obama administration—and likely one of the eternal debates about him—is how he addressed the Great Recession, which reached its depths by the time he was elected. Surely Obama himself would like to read about the perspective of people on the other side of one of his greatest challenges. 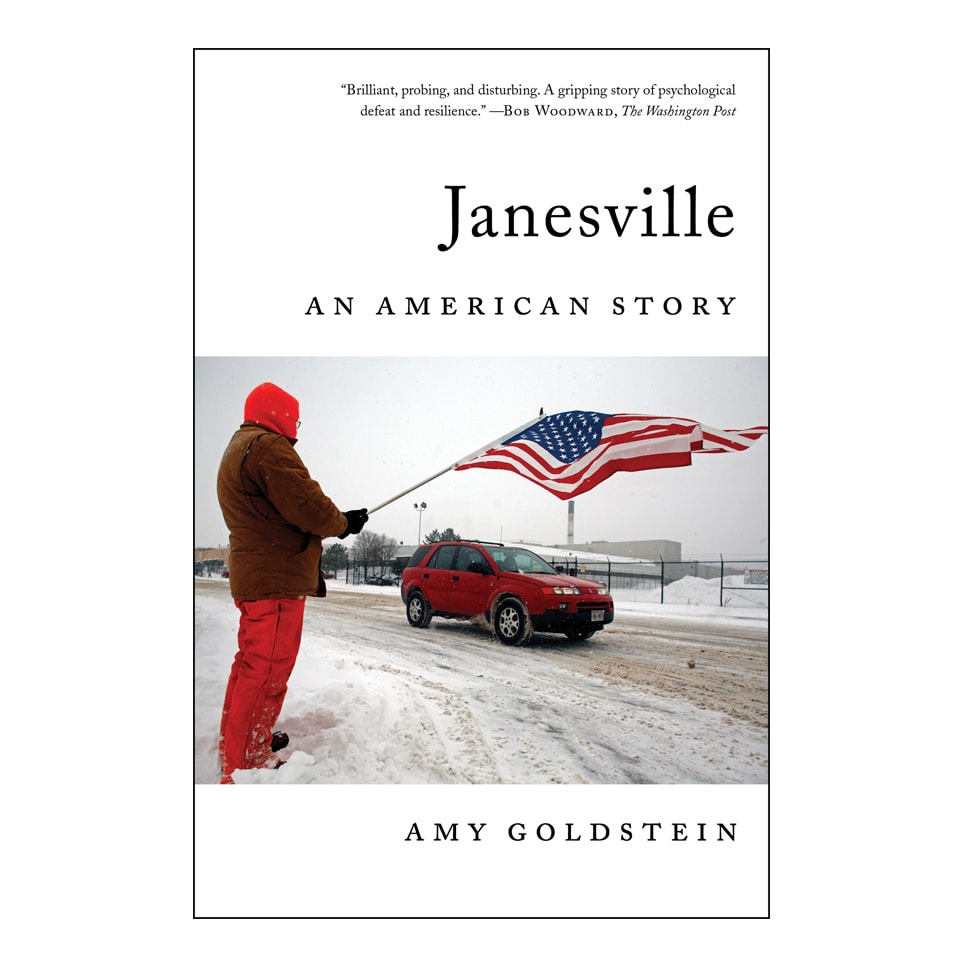 Which is about: The fictional story of two lovers caught in the middle of a civil war, who choose to risk everything for the chance to escape their homeland through a mysterious system of doors that lead to different locations around the world. (As an exciting side note: Deadline has reported that the Russo Brothers, who made Captain America: Civil War, have purchased the rights to turn Exit West into a film).
He must have liked it because: Apart from having been the leader of an ethnically diverse nation, Barack Obama’s administration had to respond to the refugee crisis of 2016, through the tail-end of his presidency. 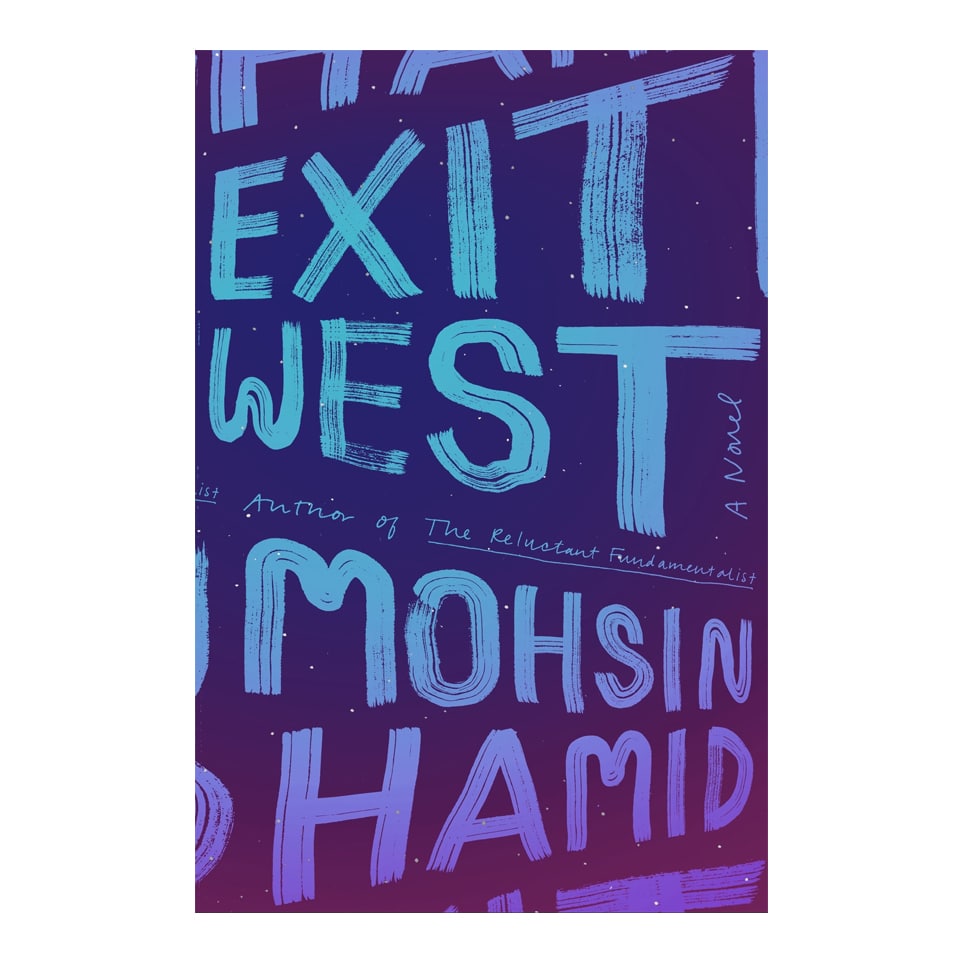 Which is about: A fiction anthology in which identity, humanity, and history converge: An antiques dealer discovers that a legendary toy commissioned by Civil War General Robert E. Lee now sits in the home of a black minister in Queens. An American president draws inspiration from a conversation he overhears in a stable. And members of The Five-Carat Soul Bottom Bone Band recount stories from their own messy and hilarious lives.
He must have liked it because: It’s an anthology fiction by a writer whom Obama himself awarded the 2015 National Humanities Medal, “for humanizing the complexities of discussing race in America. Through writings about his own uniquely American story, and his works of fiction informed by our shared history, his moving stories of love display the character of the American family.”
And is available for: P828, at Fully Booked Fort and Rockwell 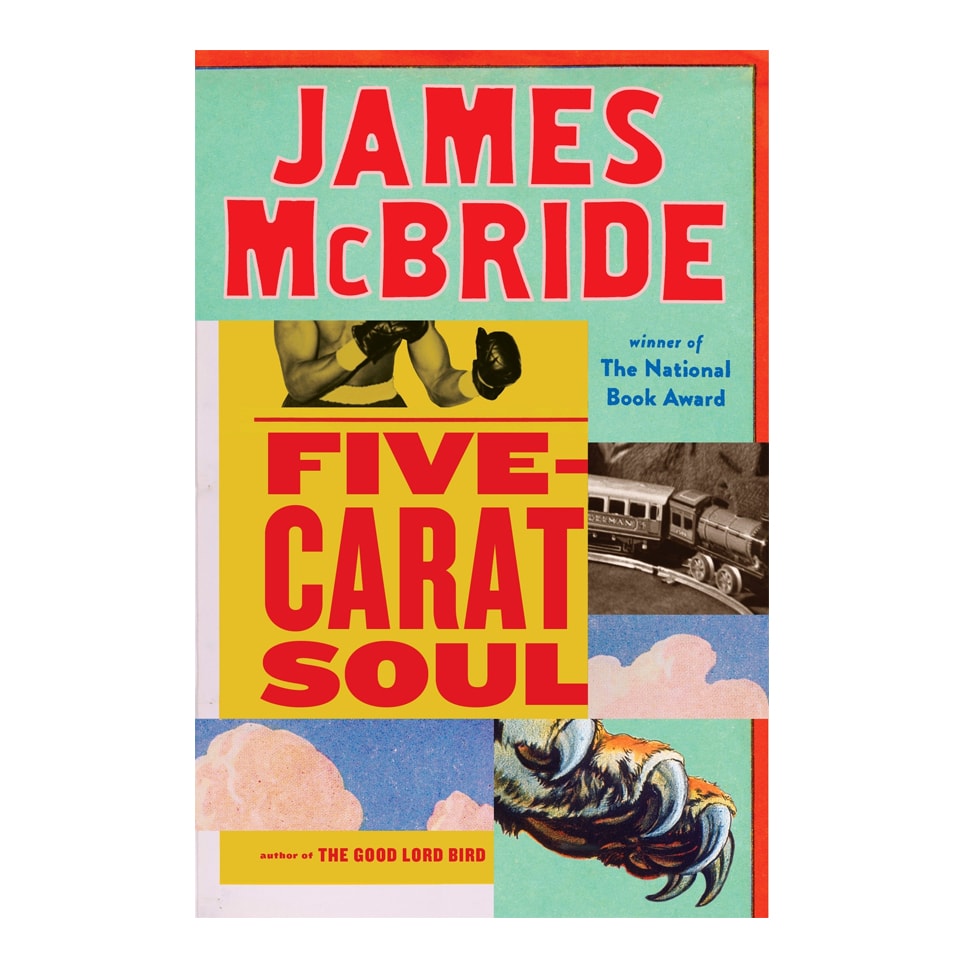 ANYTHING IS POSSIBLE by Elizabeth Strout

Which is about: Short fiction involving of small-town characters, their intimate lives, and their personal struggles, plumbing deep into themes of family and hope.
He must have liked it because: The former President has always been a family man, and never afraid to show a sentimental side. Plus, it’s apparent that he has an affinity for stories with a little social realism, which seems to be true of Anything is Possible.
And is available for: P739, at Fully Booked Alabang Town Center 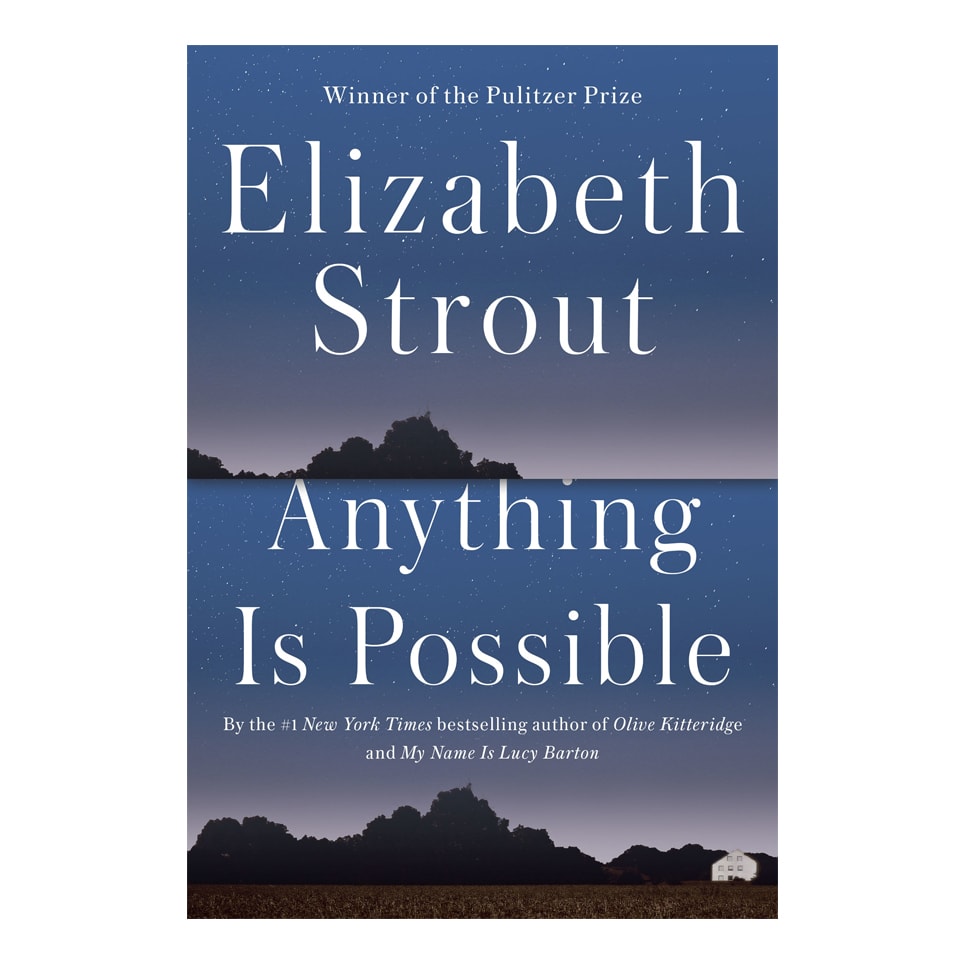 DYING: A MEMOIR by Cory Taylor

Which is about: Death and how we approach it, as told from the perspective of the author herself, who had been diagnosed with melanoma in 2005 and eventually passed away in 2016.
He must have liked it because: It’s reasonable to imagine that someone who has ruled the free world for eight years and accomplished so much in life would think about death and mortality when he finally gets some downtime.
And is available for: P629 at Fully Booked Alabang Town Center, Century Mall, Fort, Greenbelt 5, Greenhills, South Mall, and Rockwell. 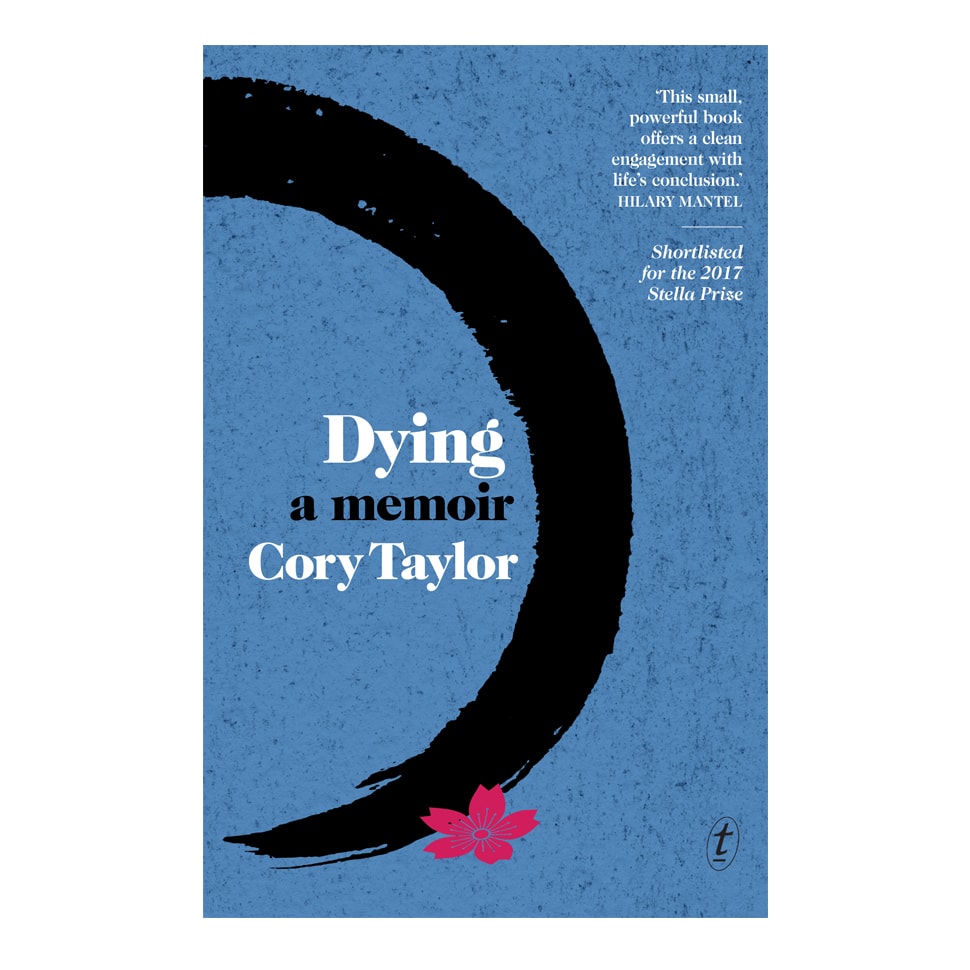 A GENTLEMAN IN MOSCOW by Amor Towles

Which is about: The fictional story of Count Alexander Rostov, a Russian aristocrat who, in 1922, is sentenced to house arrest in a hotel across the street from the Kremlin. While he remains inside the hotel, some of the most tumultuous decades in Russian history unfold outside, leaving him to contemplate them and leading him to greater emotional discovery.
He must have liked it because: The former President has been at the center of major world events for eight years, tasked to stay apprised of—and be ready for—everything that’s happening everywhere. It must feel good to read about isolation from world events, and the wisdom that comes with it.
And is available for: P552 at all Fully Booked branches except Greenbelt 5, Taft, and Vertis North 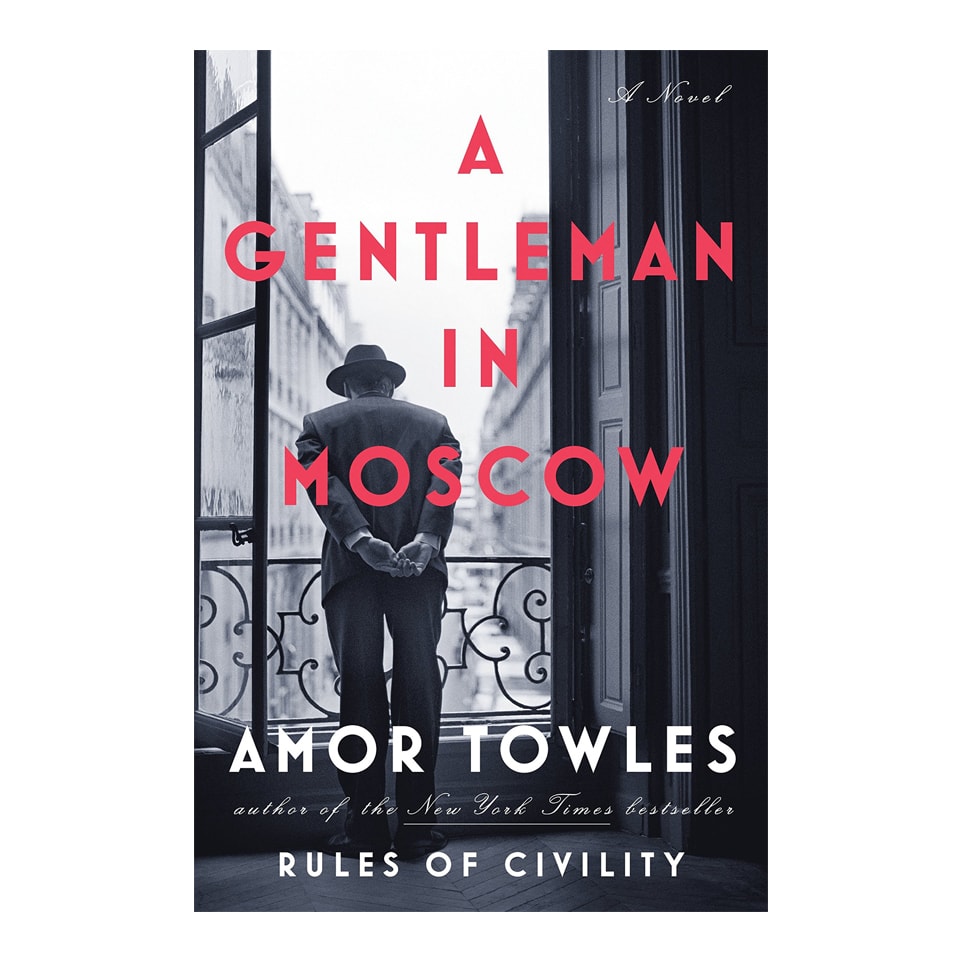 Which is about: A 13-year-old boy named Jojo, whose mother Leonie is a heroin addict, and whose grandparents are dying. She is black, Jojo’s father is white and about to be released from prison. She packs her family into a car and heads north to the state penitentiary.
He must have liked it because: As with other books on this list, this one paints portrait of rural America and tackles relevant issues involving race, family, and hope.
And is available for: P828, at all Fully Booked branches except Mall of Asia, TriNoma, and Vertis North. 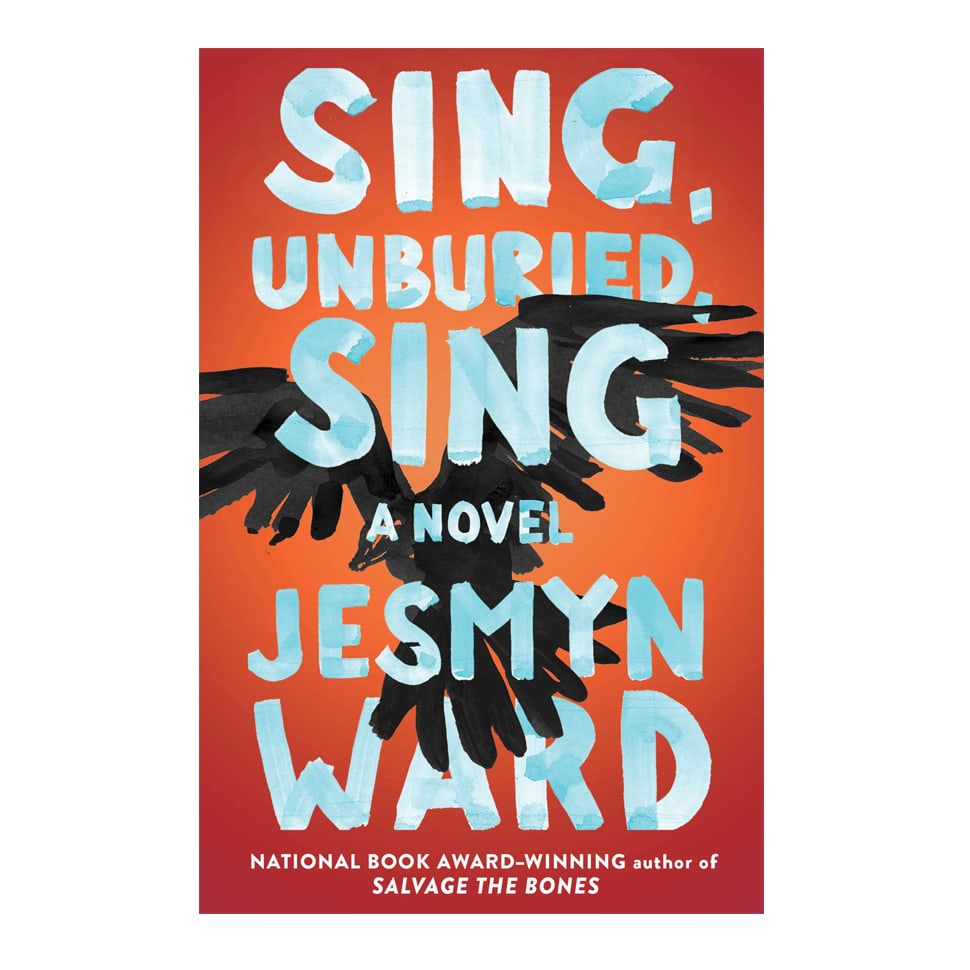 COACH WOODEN AND ME by Kareem Abdul-Jabbar

Which is about: The enduring, transcendent, and life-changing friendship between basketball player Kareem Abdul-Jabbar and John Wooden, his coach from when he played for UCLA.
He must have liked it because: Not only is Obama a basketball fan—he’s also a fan of Abdul-Jabbar himself, as was obvious at the awarding ceremony for the Presidential Medal of Freedom. 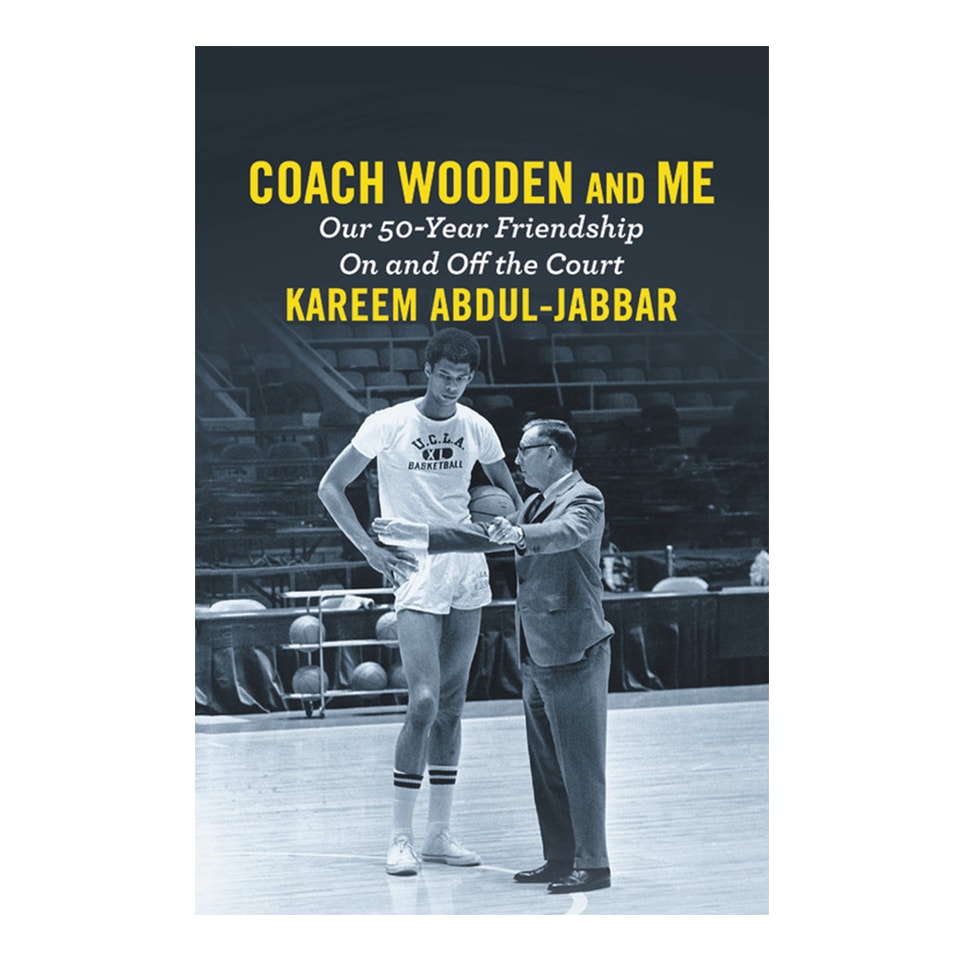 BASKETBALL (AND OTHER THINGS) by Shea Serrano

Which is about: Random, sometimes ridiculous questions about basketball history, including: “Which NBA championship was the most important to the league?” and “If you could assign different values to different shots throughout basketball history, what would they be and why?” The book answers these questions and illustrates them creatively as well.
He must have liked it because: Well, this must be because he’s a hoops fan, and this is a good book for hoops fans. 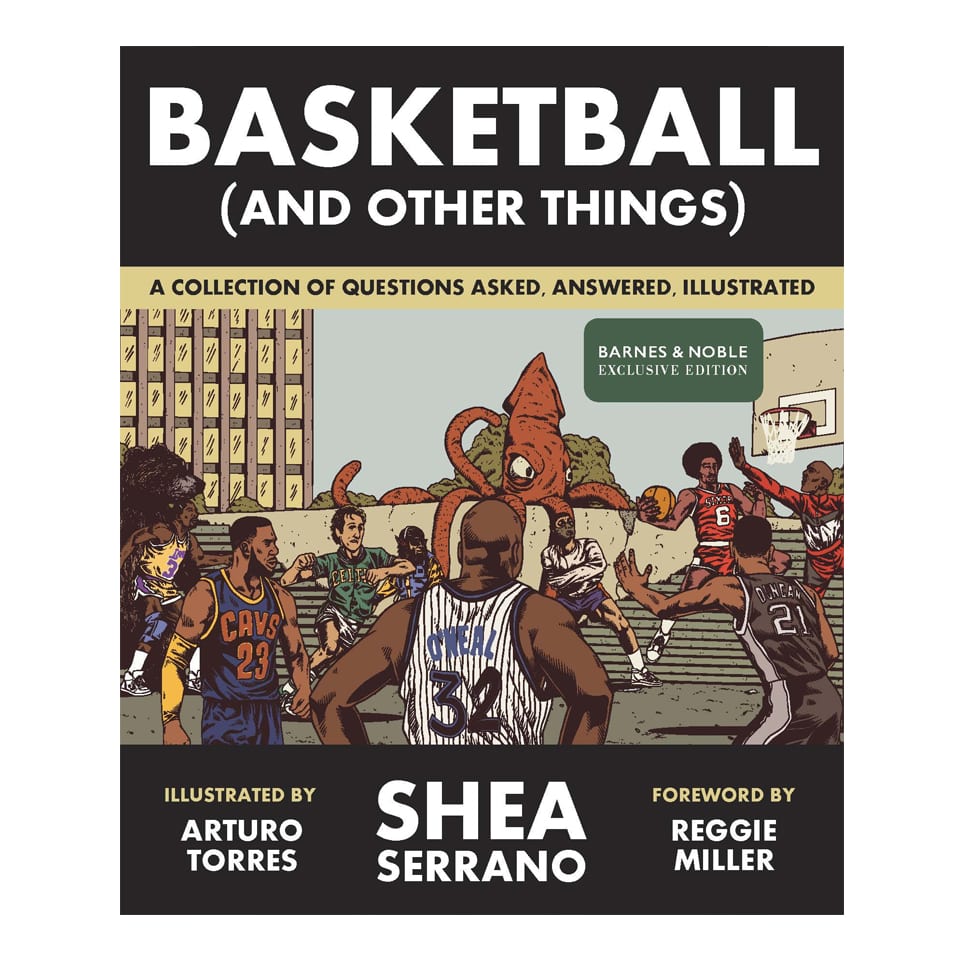 Availability was checked on January 3, 2018. 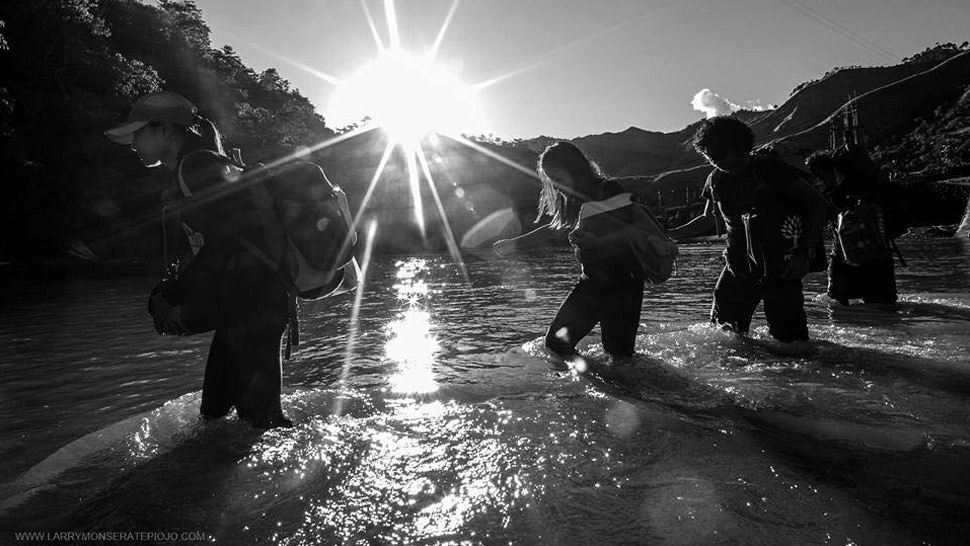 These Volunteer Photographers Take Free Portraits To Spread the Love 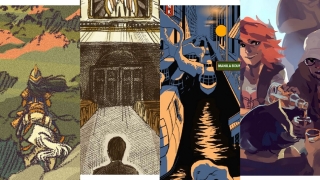