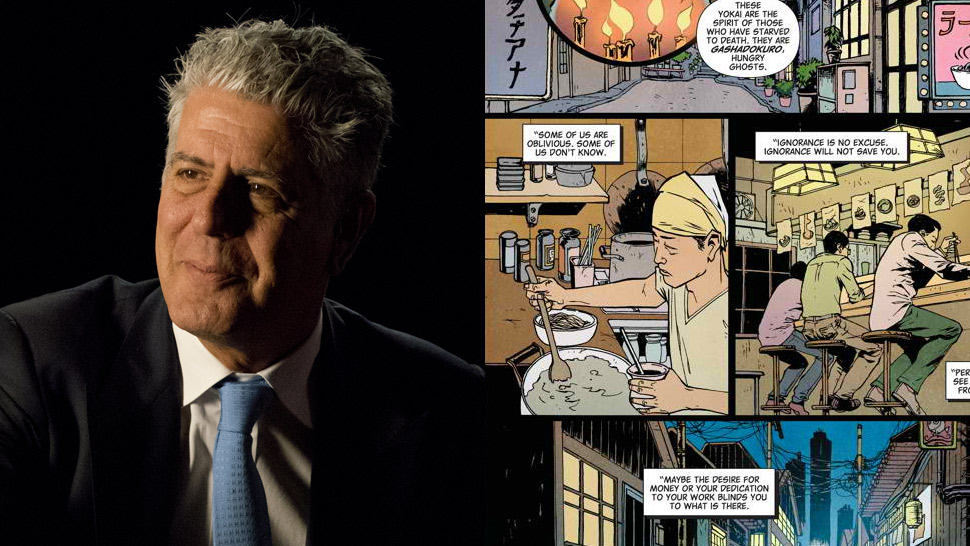 Anthony Bourdain seems determined to scare the shit out of his fans. His new comic book series from Dark Horse is based on an ancient samurai game called 100 Candles, where samurai soldiers tried to out-do each other's ghost stories. Titled Hungry Ghosts and co-authored by Joel Rose, Bourdain's series pits a group of international chefs against Russian oligarchs (Russia: always scary), with the chefs challenged to weave food-related tales of horror that grow more ghoulish the further the game progresses.

The series includes four comic books with two stories each, and Dark Horse has released the ultra-macabre plot summaries ahead of their release: 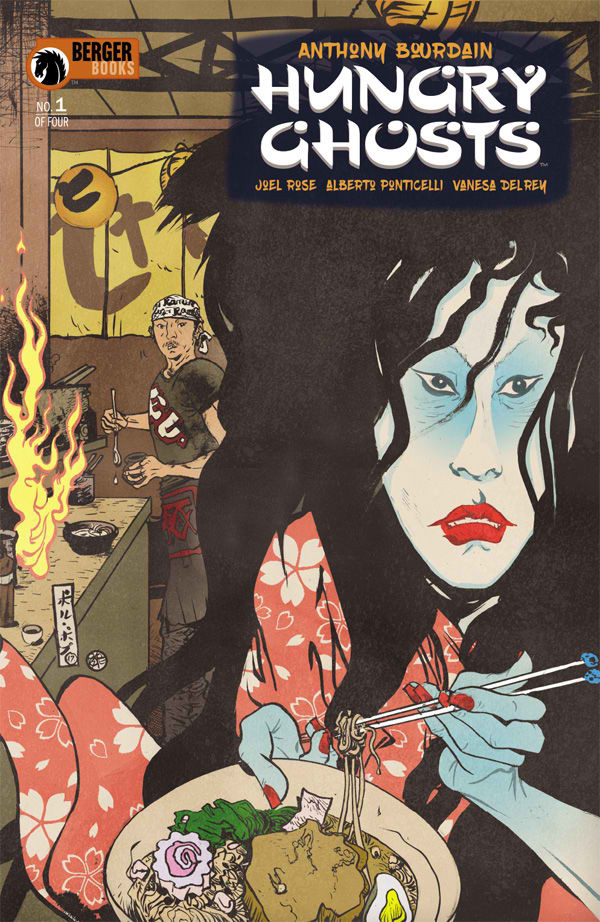 Hungry Ghosts #1 (available January 31): "With bad consequence, a ramen chef refuses to help a beggar, and a band of pirates get more (and less) than they were bargaining for after their encounter with a drowning woman turns ghastly."

Hungry Ghosts #2 (available February 28): "In a desolate trattoria in the foothills of Southern Italy, an exiled master chef forms an unhealthy attachment to his new apprentice. And in the Spanish countryside, the rich Don of a sprawling ranch with an appetite for his stable gets a horrifying taste from beyond the dinner table."

Hungry Ghosts #3 (available March 28): "'The way to a mans heart is through his stomach' takes on a whole new meaning as an accomplished young chef returns to his small-town home from the big city to find insatiable mouths to feed. And in the backroom brigade of a fine French kitchen, an abusive master chef gets what's coming to him in the most unspeakable of manners."

Hungry Ghosts #4 (available April 25): "In the frozen Nigata Prefecture, a country cook learns discretion the hard way after an encounter with the cryptic, but irresistible Snow Woman, and Hungry Ghosts seal the insatiable fate of famine-stricken villagers in the most voracious, unthinkable way possible when a stranger comes to town."

And just a heads up, the final three Hungry Ghosts books are marked for mature readers only. You can thank Bourdain when you can't get a good night's sleep for fear of Snow Women, pirates, and abusive chefs ever again. 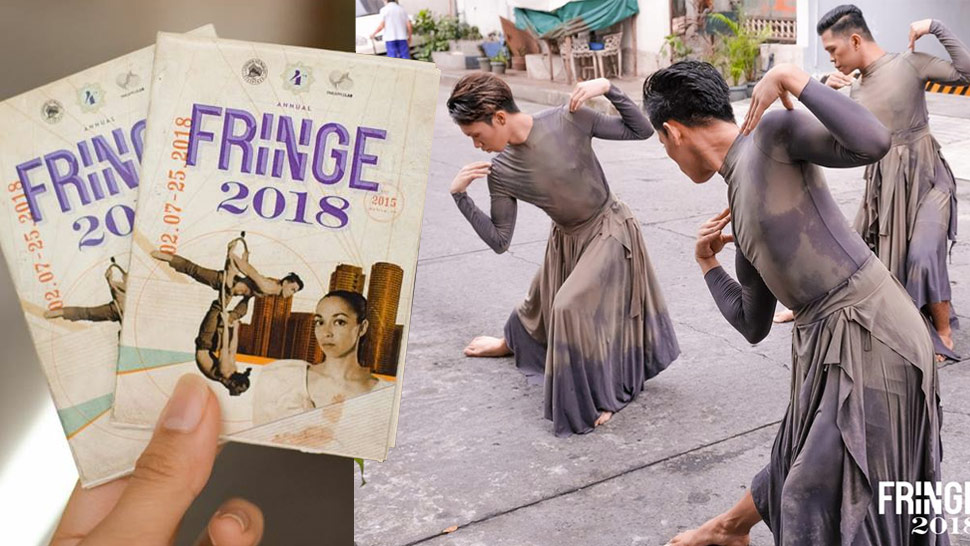 Here’s What You Can Expect from Fringe 2018, the Manila’s Biggest Multi-Arts Festival 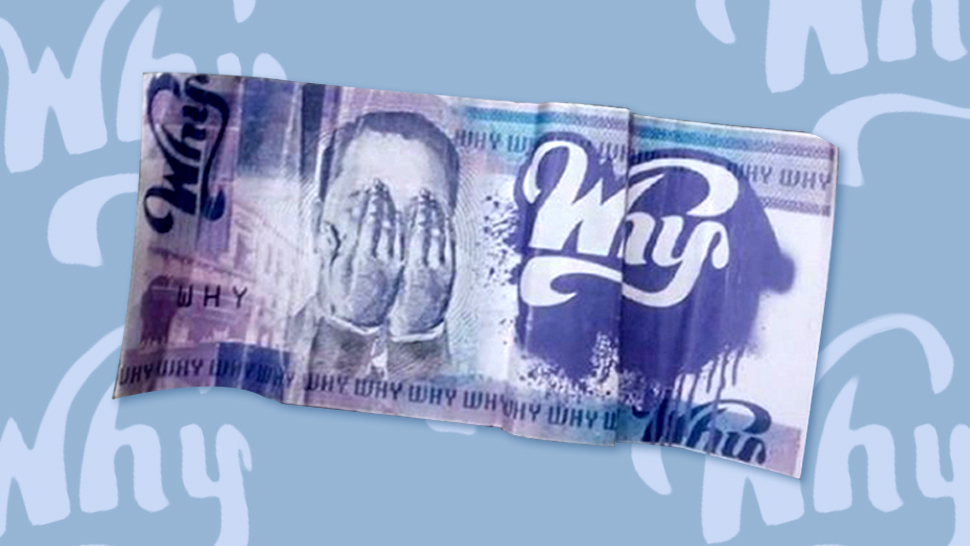