Four female artists from the new art collective, Project 20, reflect the dramatic changes in the world around them.

“People have now shifted to the worldwide web. I think we should utilize the platform, especially for artists who have no access to galleries and are underrepresented,” says Mimi Salibio, one of the artists of Project 20, whose works are going on sale in Salcedo Auctions' online benefit auction. The new arrangement between artists, galleries, and auction houses working online could become the new normal.

In collaboration with the prestigious auction house, Project 20, an art collective that promotes bold, experimental work, has curated a show boasting an all-woman lineup. Victoria Yujuico Keet, Aida Azin, Jeona Zoleta, and Mimi Salibio have created works that explore what it will mean to be a Southeast Asian woman post-crisis. The artists share their thoughts on their work, the role of art, and how they respond to the crisis.

Victoria Yujuico Keet on The Visual Representation of Women

“In Southeast Asia, the body as a source of shame and woman as submissive fantasy are but some of the attitudes that have sprung from institutions such as government, religion, and patriarchal structures of thinking,” says Yujuico Keet. Her work explores the representation of the female body and has found greater urgency now that so much of our lives and bodies are showcased online.

Life under quarantine has reminded us of the blurring between the private and public that has always pervaded social media and Internet life. “It’s a world wherein the publicized body increasingly becomes part of and informs the self, posing questions about visual representation of identity and its status as social currency.”

“Lili of the Valley”

The world of art has traditionally been a man’s game and Yujuico Keets reflects concerns about the place of the woman.

“It’s still a male-dominant field, with the topmost earners being men. It’s not an extremely dire situation—but of course, it’s not a perfect world, with the male blue-chip artists fetching higher price tags, in turn garnering more respect, and thus gaining more exposure,” she says. “I think that female artists are not generally denied opportunities on account of their gender alone. But I do believe that there is a trickle-down effect due to male preeminence in the field that impacts women artists’ visibility.”

"Our Lady of the Vacant Lot"

Aida Azin on Art as Activism for the Marginalized

“As a Filipina-Iranian woman living in Australia, I am always living in a flux of vicarious experiences of crisis,” says Melbourne-based artist Aida Azin. “We’re not post-crisis, not according to the communities that I witness through my news outlets.”

Azin’s work is informed by social commentary and reflects a great respect for indigenous art forms. Her lifelong navigation of different cultures has contributed to her appreciation of marginalized identities and underrepresented communities (those whom the crisis has hit especially hard), and her antagonism toward traditional Eurocentric attitudes in the global art scene. “I’m angered by the injustice of systemic discrimination in the art world,” she says, though she is “optimistic that anger can be a catalyst for change.”

The crisis has emphasized the necessity for art in her life. “It’s made me realize that I’m actually pretty frugal with spending money on [art] supplies and that I don’t need to be. It reminded me that I make art because I like to make art and it’s my therapy.” But art is more than just therapy for the individual; it is also therapeutic for society at large. With the financial devastation experienced by art industry professionals and art institutions all over the world, Azin calls for support for artists. “Listen to artists. Support artists. We communicate what is happening in our social climate. We are activists and drivers of change.”

“My paintings are as possessed as I am,” says Jeona Zoleta (in fact, she has an upcoming project called Possessed Projects). As life under lockdown and life post-crisis has felt and will feel surreal for most of us, her work delves into the supernatural, surreal parallel universes. Her art tells of vividly imaginative worlds, including stories of “a K-pop idol in quarantine after a long bath who discovers an intensely huge planet-sized pimple, which she tries to pop” and “glowworms downloading plug-ins, reincarnate as a virtual assistant to an AI overlord.”

Zoleta’s paintings are both very adult and childlike, taking inspiration from comics and juggling a chaotic mixture of subject matter, from the transformations of the female body to the virtual universe of pop culture and our online existence. 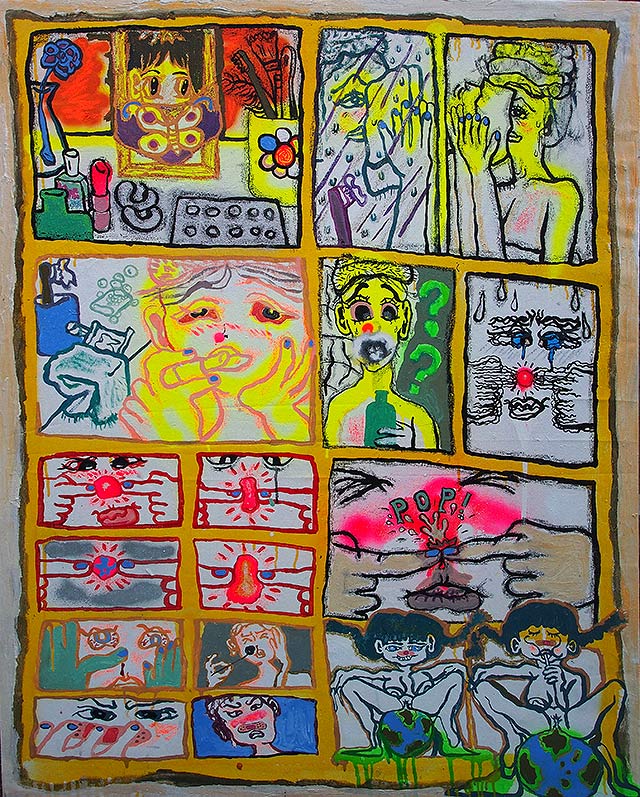 With the lives and careers of artists heavily affected by the crisis, their work reflects the dramatic changes in the world around them. But for Zoleta, it is not only the pandemic that has shaped her work, but also motherhood. Zoleta is getting used to what she describes as a “non-linear timeline at home,” as she is juggling the responsibilities of a young mother who is trying to balance work and childcare. “I paint when I can these days,” she says. “I have a child so imagine my schedule is already jam-packed with baby activities so it's extra hard to multitask painting and running after a toddler!”

“From the most intense powerful healing forces of energy in the entire universe...”

Read more: Inside the Mind of Maria Jeona Zoleta

Mimi Salibio on Drawing Something from the Nothingness

“Simple materials actually reveal a lot of their qualities if you persistently work on them,” says Mimi Salibio. “And once you have the knowledge of what they can become, I think anyone can create something out of them, including the poorest materials.”

Salibio’s work created for the auction is perhaps the most abstract of the show; simple shapes formed of simple materials. She has taken “the grid system” as her subject matter. “The prominent feature of the grid is its ability to compartmentalize and reorganize the space it occupies,” she explains, “it provides a channel where we can draw out something from nothingness, and conceive a new system within a system.”

“DIA (Dancing in the Abyss)”

Envisioning a world post-crisis does not have to be all doom and gloom, but can also be utopian in its ambition. A simple, abstract structure like a grid (with connotations of city-planning, construction, world-building) provides inspiration, a mindset, of infinite possibility. “The grid’s concept reminds me that we can always create something within and beyond the abyss,” says Salibio. “We could always gather the debris and rebuild, or abandon them altogether and brazenly begin from zero.”

The works of the artists can be viewed on the website of Salcedo Auctions, whose online benefit auction takes place on May 23, Saturday at 2 p.m. 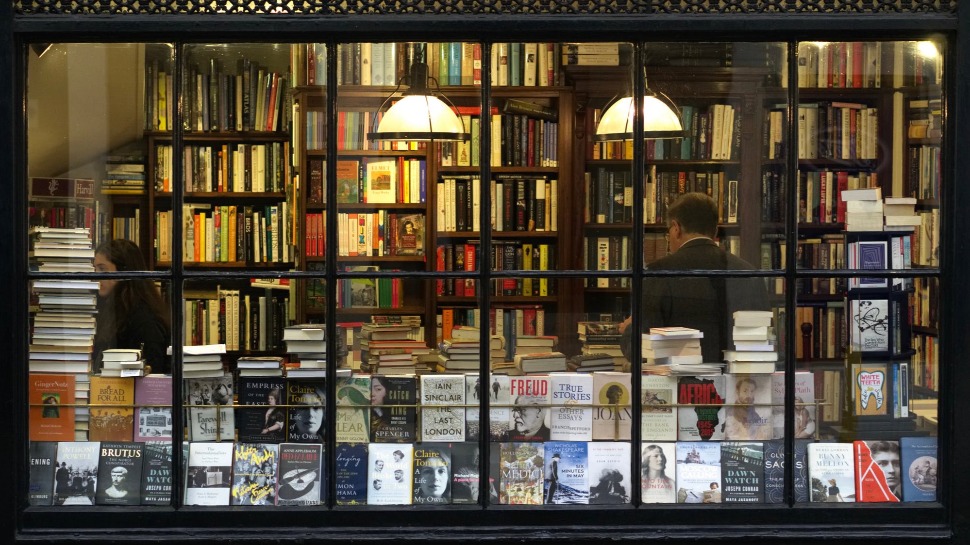 Inside the Book Industry's Battle to Stay Afloat Amid the Pandemic 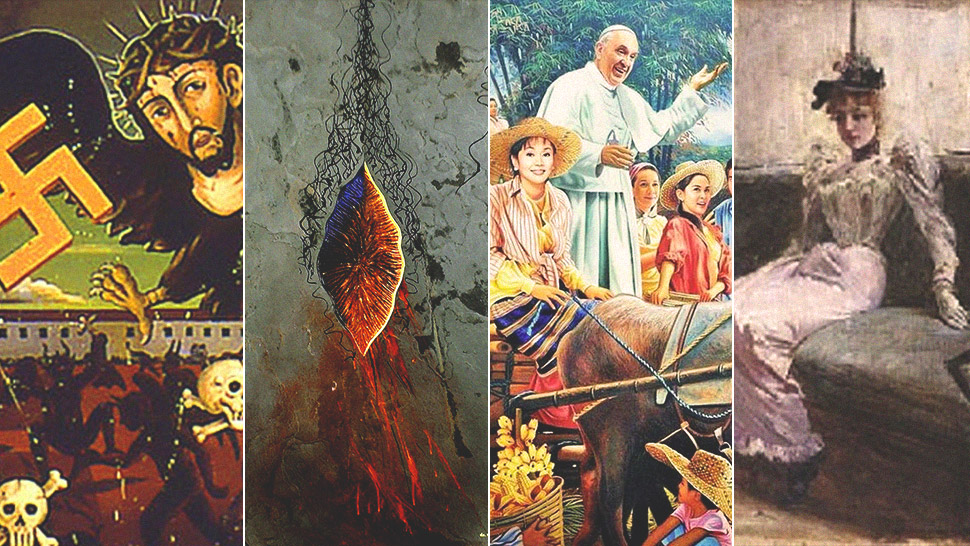