Her starring role on Broadway was brief but unforgettable. 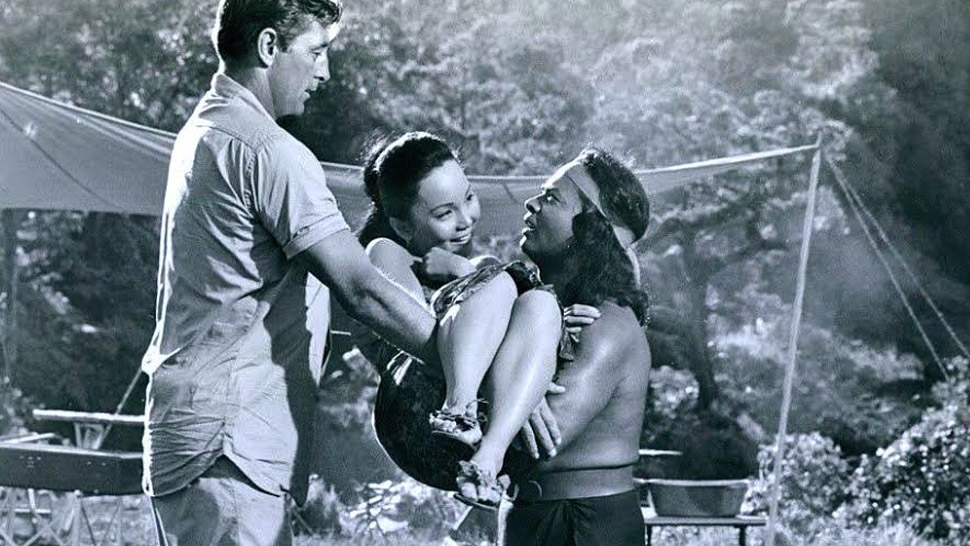 Before the likes of Lea Salonga, Monique Wilson, Jon-Jon Briones, Junix Inocian, Paolo Montalban, Jose Llana and Rachelle Ann Go made waves on Broadway and on London’s West End, there were special Filipino performers who lit up the stage of the Great White Way with their incredible talent in music and dance.

One of those pioneers was a wisp of a girl with a big heart for the stage named Cely Ocampo Carrillo.

Born on February 18, 1934, Cely was a child musical prodigy, often performing with the U.P. Dramatic Club, in the university where her mother, Carmen Casas Ocampo, worked as a Spanish language teacher. Her father, Tomas Carrillo Sr., was a doctor who once served as a medical officer in the U.S. Medical Corps during World War II. Cely’s siblings included Tomas Jr.,  Cory, and Cecille Carrillo.

One of Carrillo’s earliest performances was playing Gilda, at age 13, in the Verdi opera Rigoletto, where she was hailed and billed as the world’s youngest coloratura soprano. To prove that her success was no fluke, she next appeared in another play directed by Wilfrido Ma, Guerrero—Give the Kid a Break (written by Mely Landicho). When the play opened at the Little Theater in Diliman, Cely—in a minor role as the younger sister of the lead character Roberting—earned the highest kudos of the evening. 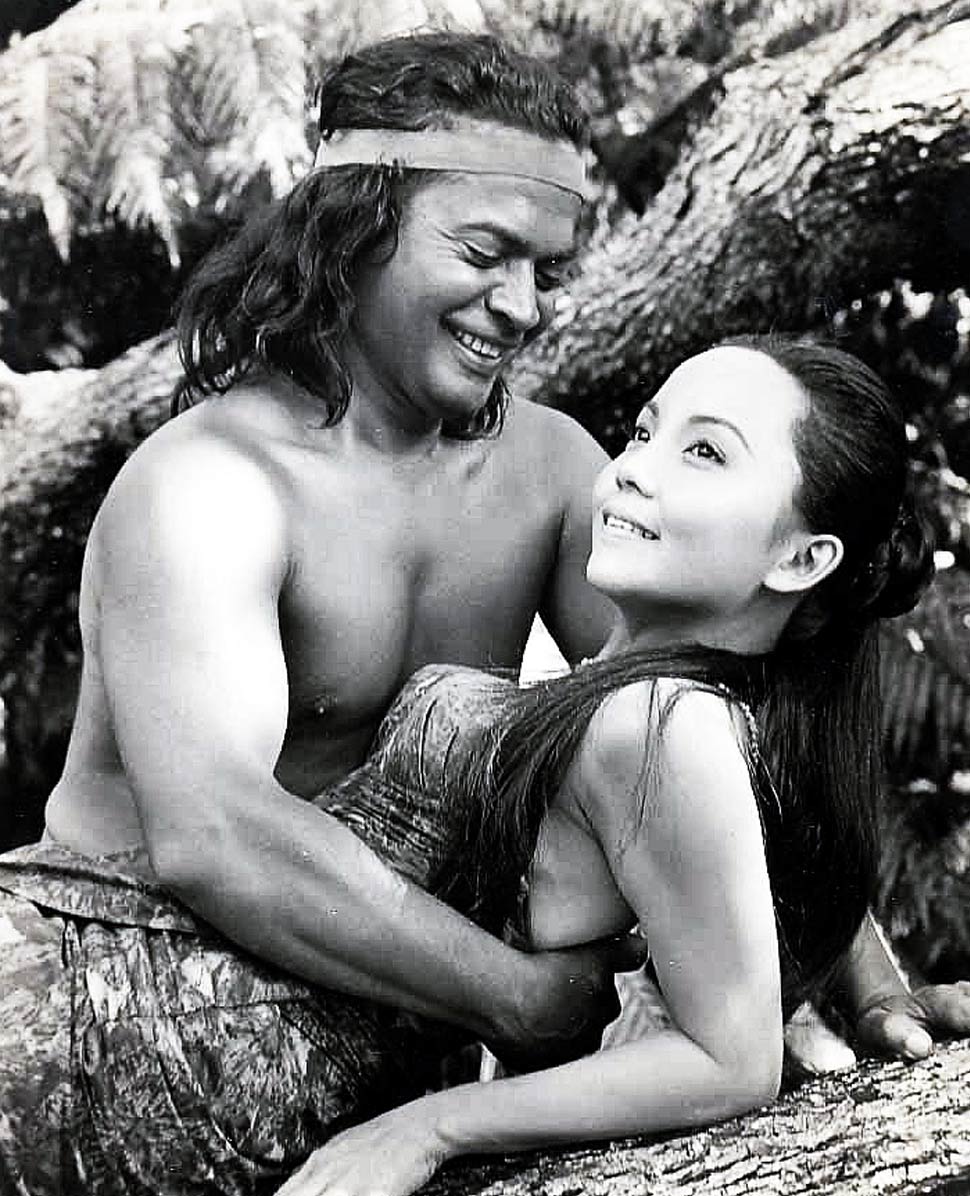 Her stage achievements included starring roles in Kismet and Firefly, which paved the way for the young artist to compete against other budding international talents for a slot at the famed Juilliard School of Music in New York. Her efforts were rewarded with a six-year scholarship, and as soon as she moved to the U.S., she quickly immersed herself in getting a complete Western-style theater and performance arts education.

Carrillo, bent on pursuing her Broadway dream, lingered on and rented a West Side apartment in upper Manhattan. With her was brother Tomas Jr., who was starting college at Fordham University, and her unmarried maternal aunt, Miss Ocampo (her mother and 2 sisters were living in Tennessee). Like all aspiring artists, Carrillo went on countless auditions, snagging TV roles on and playing alongside Raymond Massey and Lee Tracy. She was also a featured singer in the ABC-Paramount produced record, Hi-Fi in an Oriental Garden, where she sang three folk songs: "Leron, Leron Sinta," "The Pearls of Mindanao," and "Bahay Kubo."

In 1958, a casting call was sounded for a new Broadway musical created by Richard Rodgers and Oscar Hammerstein II, based on the 1957 novel, The Flower Drum Song, by Chinese-American author C. Y. Lee.

The story is about a rich Chinese refugee, Wang Chi-yang, who clings to traditional values in San Francisco's Chinatown. The musical shifted its focus to his son, Wang Ta, who is caught between two clashing East-West cultures, including the practice of arranged marriages. Rodgers and Hammerstein, with Gene Kelly as stage director, then scoured the country for Asians or Asian-looking talents to form the mainly Oriental cast. 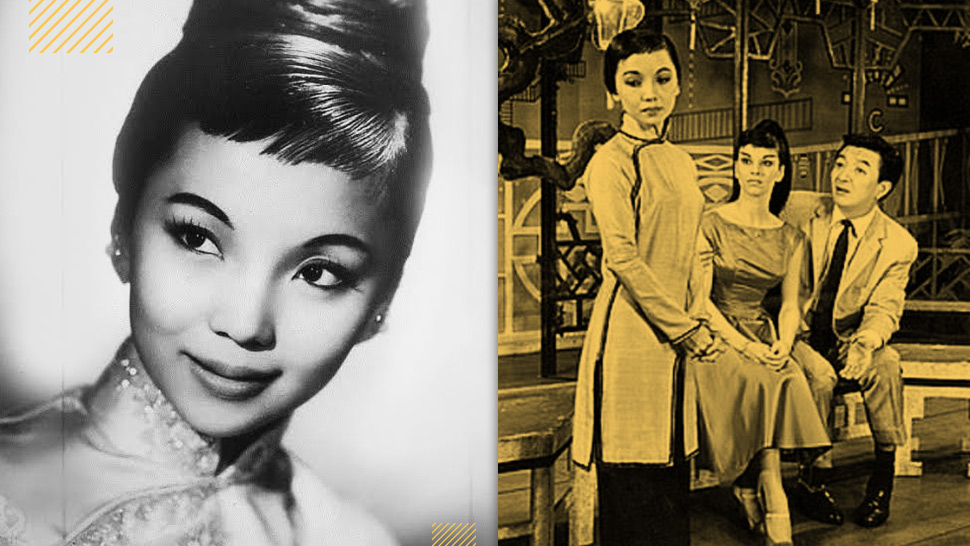 Carrillo joined the casting call for the new musical, and was taken in as part of the ensemble. Also passing the audition was a compatriot, Patrick Adiarte, originally from Manila, best known for appearing as the young Prince Chulalongkorn in the 1956 film version of the Rodgers and Hammerstein musical, The King and I.

The lead female role, however, was won by the Japanese-American actress and former nightclub singer, Miyoshi Umeki. Umeki had won a supporting role Oscar for the 1957 film, Sayonara, headlined by Marlon Brando. Carrillo, later became her understudy, a fortuitous role. She also understudied Pat Suzuki, who was cast as the first Linda Low, Ta's nightclub love interest.

“Flower Drum Song” opened  in New York at the St. James Theatre on 1 Dec. 1958, and was met with enthusiastic reception, generating significant advance sales. There were many sold-out performances and the original cast album which included Carrillo, also did very well too. Some of the memorable songs included: I Enjoy Being a Girl (later popularized by Doris Day), A Hundred Million Miracles, Love, Look Away, The Other Generation, and Chop Suey.  Come awards season, Flower Drum Song received six Tony Award nominations.

After over a year of headlining the musical, Umeki moved on and it was Carrillo who stepped into her shoes in 1960, a milestone in her career. Suddenly, she was thrust in the spotlight as the lead actress in a popular musical, a first for a Filipino. 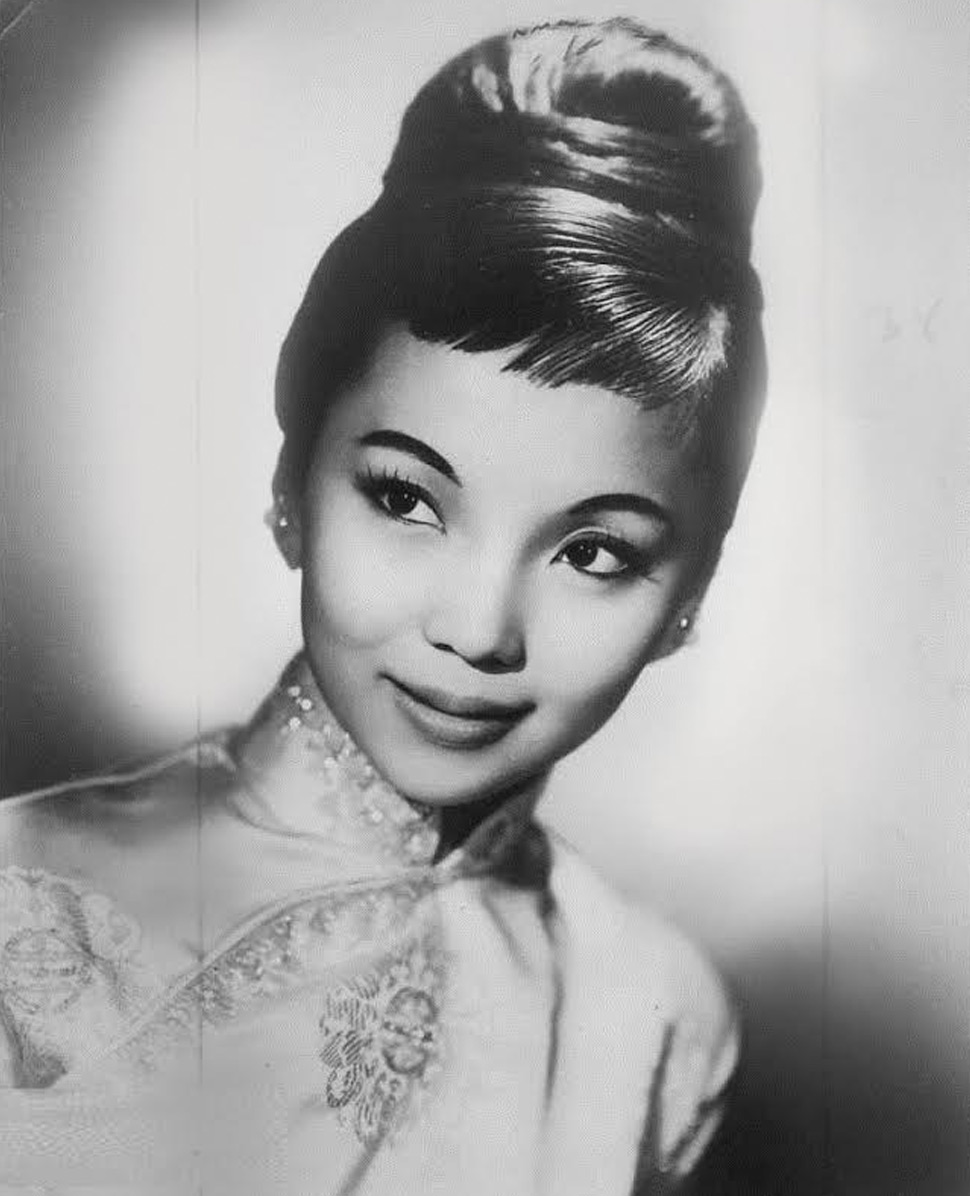 Her moment of Broadway fame was brief, lasting only until May 7, 1960, as by then, plans were afoot for a film version of the hugely popular musical. The movie was released in 1961 topbilled by Miyoshi Umeki, who reprised her stage role, and James Shigeta. Unfortunately, Carrillo was not included in the film adaptation (Adiarte was retained), but when Flower Drum Song closed on Broadway after two years, she joined a road tour of the musical that opened in Los Angeles in June 1960, and which then played in San Francisco, Dallas, Denver and other key U.S. cities.

Surprisingly, Flower Drum Song was Carrillo’s  first and last Broadway credit. She forayed into television and film, which by then were burgeoning businesses. She was seen in The Corruptors (1961, TV series) , Rampage (1963, with Robert Mitchum), The Virginian (1964) and Coronet Blue (1967, TV series).

During her stay in New York in the 1960s, Carrillo was squired by a number of suitors. One of them was George Strattan, a classmate at the American Theater Wing who has also appeared in off-Broadway revues. He would be seen on TV shows such as “The Monkees” and “The Waltons”. But it was Filipino Antonio M. Onrubia whom she decided to spend her life with.

A daughter, Cynthia Onrubia (b. 27 Jan, 1962, inherited Carrillo's artistisc genes. Cynthia, herself, gained national attention, when, as a 15 year old, was cast in the musical, A Chorus Line—the youngest dancer in the blockbuster production that premiered at the Shubert Theater in 1977. She stayed with the musical until 1985, and then was seen in other hit musicals—Cats ( 1982-83); Song and Dance, Jerome Robbins’ Broadway (Asst. choreographer, 1989-90); The Goodbye Girl (Dance Captain, 1992); Damn Yankees (1993-95); Victor/Victoria (1995-97);  Dame Edna: The Royal Tour (1999). Her most recent assignment was as an associate choreographer for the musical revival Cabaret, from 2014-15.

Flower Drum Song enjoyed a short revival in 2001, using a script rewritten by playwright David Henry Hwang. It opened on October 14, 2001 at the Mark Taper Forum in Los Angeles, with Filipino Broadway star Lea Salonga in the title role. The sold-out show had an extended run, which ended in January 13, 2002.

Because of its success, Flower Drum Song was moved to Broadway on October 17, 2002. On opening night at the Virginia Theatre, Carrillo was there to meet Salonga, the musical’s newest Mei-Li. Through the years, many other Filipinos conquered the Great White Way. Carrillo lived to see them find their own stars on Broadway, before her passing in New York in March 2017.