How to Make an Apple Cider Mimosa 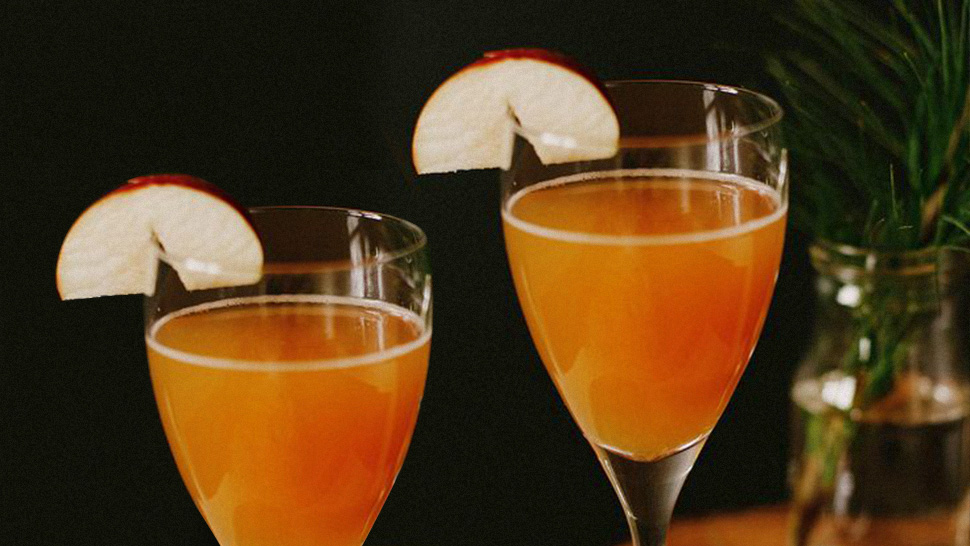 Stick with brut champagne for this cocktail. While the tartness of orange juice leaves room for sparkling wine flexibility in regular mimosas, the sweetness in apple cider and cinnamon whiskey will be plenty. Anything more and you're looking at a sugar rush from hell.

Earlier this summer, while the rest of the world was entrenched in a heat wave, New York had a rare few hours when the temperature dropped down to 70 degrees. As a staunch opposer of all things hot, I rejoiced, because it was a brief reminder that fall, with all its trimmings, is just a few weeks away.

Goodbye swim suits and sunburns and the strange lie that watermelon is strong enough to anchor a meal. Apple season is on the horizon, and that dip in temperature made me want an apple cider mimosa—lovingly dubbed the Fallmosa. While that big, dumb orange gourd may have a fall-time monopoly on all things coffee, it’s the apple that is the true GOAT of fall. If you don’t believe it, give this twist on the traditional (read: boring) orange juice variation a try.

The first apple cider mimosa recipe I ever sampled came to party. A few years back, I attended a backyard church bonfire and quickly realized that it was a dry event. Yikes. But like an autumnal saint emerging from the crowd, a man in a shawl-necked sweater clocked me for the boozehound I am. A true harvest king, he pulled out a bushel bucket with the three simple ingredients you need for an apple cider mimosa: apple cider, champagne, and cinnamon whiskey.

While I likely drank too many Fallmosas for a church function, the cocktail is generally reliable, because it’s customizable depending on the occasion. In the case of my first apple cider mimosa, the bite that came from the cinnamon whiskey, paired with the richness of all-natural cider, made it the perfect drink to sip next to a fire. But you can lighten it up for morning brunches by using a less-funky cider. Either way, the Fallmosa is the seasonal cocktail that’s been missing in your life, and it's as easy as remembering 4-2-1: four ounces of champagne, two ounces of cider, one ounce of whiskey, and you're good to go. 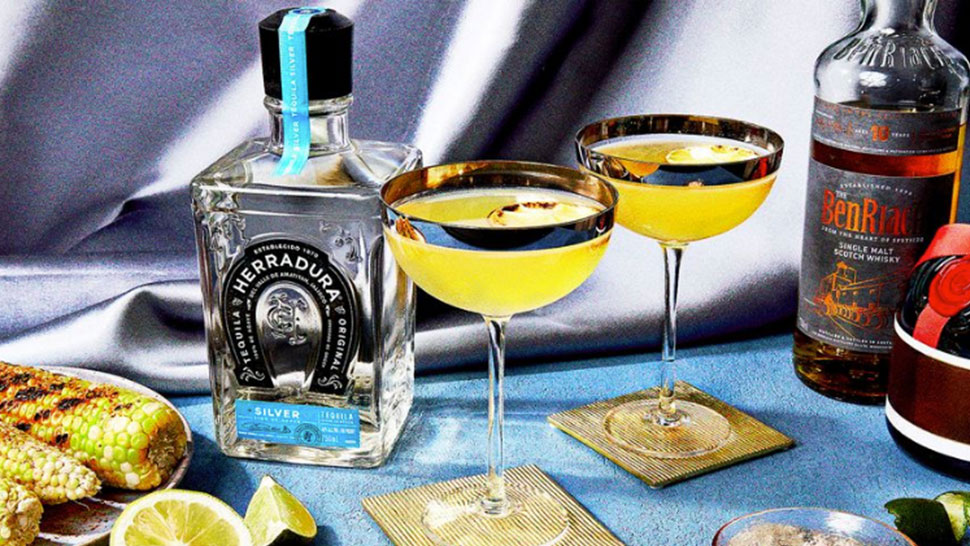 How to Make a Smoky Margarita