Bar vs. Pub, Pub vs. Club: What's the Difference?
Culture

Bar vs. Pub, Pub vs. Club: What's the Difference?

And where to get the drinks and company you prefer
CREATED WITH VISA
Jul 25, 2018
Shares
Share
Tweet

Bars, clubs, and pubs have a few things in common: they all serve alcohol and these are places that people go to, normally in the evening, not only to drink but also to socialize and have fun. They aren’t necessarily one and the same, but the differences aren’t razor sharp, either.

Pick from a wide variety of drinks at a bar

A nifty trick to distinguish one from the other is to look at each term, and where it comes from. A bartender serves drinks from a counter which is loosely also referred to as a ‘bar.’ Bars ideally have a wide alcohol selection because essentially, their purpose is to serve booze to patrons who will consume drinks within the premises. ‘Bar’ is a general term.

A bar could be anywhere from 20 square meters to a hundred—as long as it is licensed to serve alcoholic beverages to people of legal drinking age. Price range depends on location and target market. There are different types of bars, catering to different preferences. For purposes of this article, however, let’s focus on two: the pub and the club.

Hit the dance floor at a club

Go to a club if you want loud music, a huge crowd, and perhaps a little dancing to go with your drinks. People who go to clubs usually have similar preferences in music—hence ‘club’— and go there to meet new people, if not to dance.

The music is dependent on the customer base and the current trend; think more along the lines of EDM, or any other variety of dance music that is in season. Floor area is typically big enough to accommodate a spacious dance floor. 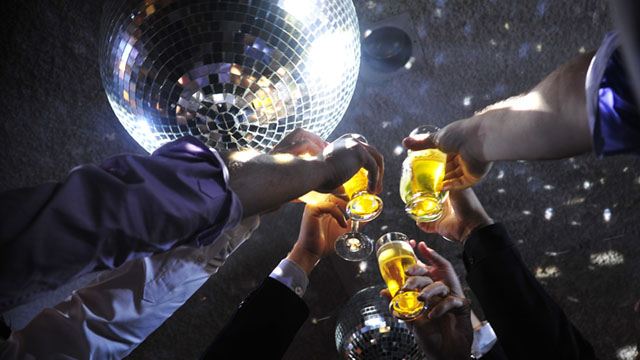 Unless it’s ladies’ night and you’re a lady or your name’s on the guest list, you will most likely have to pay a cover charge to enter a club.  The high-end ones even require a minimum table charge if you and your friends want to occupy the better tables with the plush seats. And don’t forget the dress code. People dress to impress.

Get casual at a pub

‘Pub’ takes its name from ‘public house,’ a type of establishment that traces its origin in the culture of countries such as Britain, Ireland, Australia, and New Zealand. Traditionally, it was a place for locals to catch a few bottles of beer or cider straight after work. The atmosphere is casual and patrons are laid-back—much like the pub’s interiors.

The piped-in music only serves to set the mood for the evening, which, as earlier implied, is cozy and more relaxed. People normally go to pubs to have a few drinks and quick bites with a familiar circle of friends and with quiet—or sometimes raucous—conversations in between.

Of course, pubs are no longer exclusive to Anglo-Saxon culture. Pub culture has permeated our drinking habits, as we have learned to appreciate the easygoing vibe—not to mention the healthy beer variety—that pubs offer.

There are quite a few pubs in Metro Manila that are worth visiting, such as Draft Restaurant and Brewery, The Brewery at the Palace, Black Olive, Moonshine Kitchen, Reserve Gastro Tavern, and Reserve Liquor Lounge.

These establishments are offering special perks to Visa cardholders as part of the Visa Epic Experiences, and here are the details:

Draft Restaurant and Brewery  - Get 20% off on selected draft beers from 8 p.m. onwards

The Brewery at the Palace - Get 20% off on all craft beers from 8 p.m. onwards

Moonshine Kitchen - Get 20% off

While the idea of going out for several rounds of drinks might seem more enticing with these perks in mind, we have to remind you: let the fun get to your head, not the alcohol. Drink responsibly.