We're proud of our meat-eating. 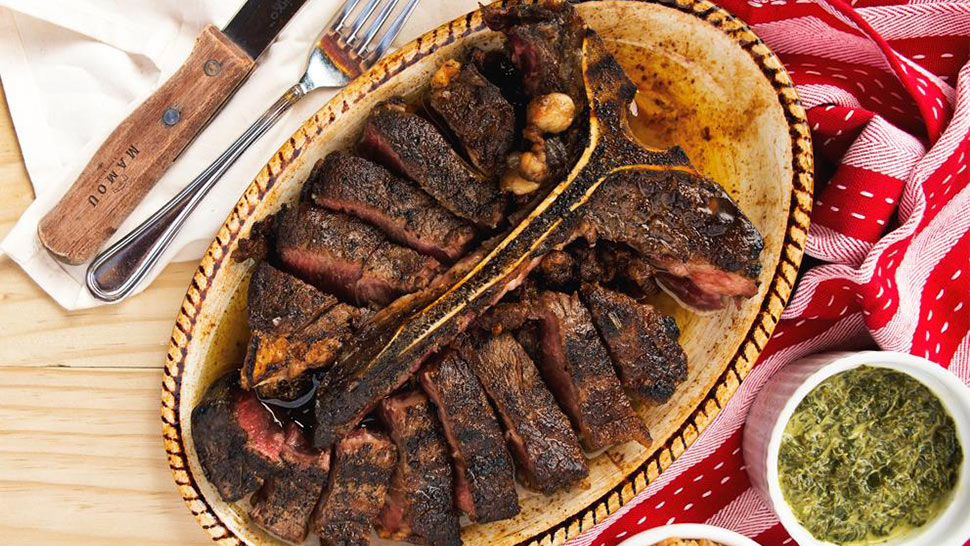 Filipinos are doing a good job with steak. A recent survey by Big 7 Travel has included five Philippine-based steakhouses as part of its 50 Best Steaks in Asia list.

With its big portions and traditional service, I'm Angus makes the cut at 47th place, while French bistro L'entrecote almost breaches the top half at 28th. Described as a "French-style steak house in the heart of the city," the underrated Burgos Circle haunt promises not only juicy steaks but an entire smorgasbord of tasty side dishes.

Hai Chix, the quirky-but-works Hainanese chicken and steak hybrid, lands in the 15th spot, a position that isn't surprising, as its smoky grilled flavors are a crowd favorite. Mamou, another perennially beloved restaurant, reached the list's upper echelon with a solid ninth-place finish.

Unsurprisingly, Elbert's Steak Room, consistently on every meat eater's radar, is the highest Philippine establishment on the list, ranking fourth. According to the website, "not only is Elbert’s steakhouse Metro’s best of the best when it comes to beef, it’s one of the best steaks in the world. Its specialty is USDA Prime grade beef and fine wines; prime cuts are wet-aged and cooked to a perfect medium rare." (Read: How to make a prime rib like Elbert Cuenca.)

All five restaurants were included on Esquire's Best Steak lists in 2017 and 2019. They're inclusion is impressive considering the Philippines isn't especially known for beef or its beef dishes.

Big 7 Travel, according to its website, produces "city guides aimed towards adventurous travelers looking for authentic experiences, from where to eat and drink to the most unmissable things to do." Its content features travel, food, and hotels and caters them specifically for a "mobile-first, millennial audience."