What We Can Expect From Chef Miko Aspiras' Newest Pastry Playgrounds 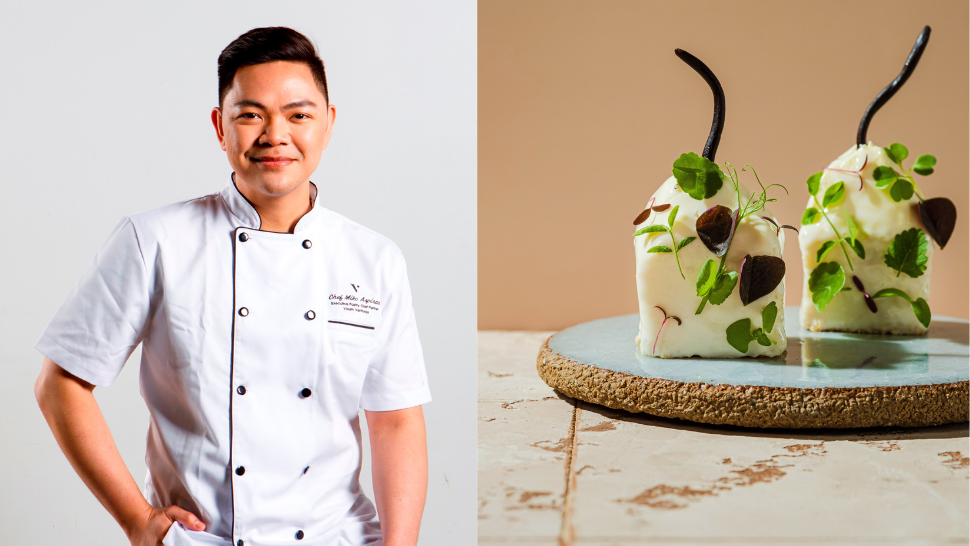 We can say that Chef Miko Aspiras has been around the block a couple of times now. And by block we mean the fast-paced, glazed-up world of delectable desserts and unearthly delights. It can be hard to relax in this environment, as sweet as it seems, but it makes Aspiras' meteoric rise even sweeter.

From a gold medal at the 2011 Hongkong Food Exposition to more recent accolades, there's no doubt Aspiras is one of the hottest pastry chefs this side of Asia. In 2018, Aspiras even became the first Filipino representative to compete at both the SIGEP Gelato Convention and Valrhona Chocolate Chef Championship. He was also named to the Forbes 30 Under 30 list during his somewhat young, illustrious career. He's been at this for a while, and he isn't even 35 yet.

A portrait of the award-winning pastry chef in the kitchen.

Aspiras has been based in Australia for the past three or so years, serving as executive pastry chef at Hilton Hotel Sydney and Ovolo Hotel Sydney. He was a rockstar then and he's a rockstar now. The good news is that he's back in the Philippines, at least, for now.

Last September 20, he officially announced his return during a homecoming dinner with Chef Chele Gonzalez. It, of course, sold out.

Aspiras hopes to be a box-office hit with his latest project, as well. Aspiras returns as the executive pastry chef of Visum Ventures, a food and beverage brand whose concepts include Koomi, Santé by Zig, and Salt and Ice, among other out-there ideas.

"He is undoubtedly a culinary rockstar, making a name for himself here and in Australia where he is currently based. His works can be considered high art, driven by creativity and inventiveness,” Visum Ventures President and CEO John-Michael "Mike" Hilton says of his new executive pastry chef. “His innovative and indulgent desserts and pastries will be excellent additions to our brands.”

After crafting souffles, pies, mousses, and what-have-yous all around the world, Aspiras has a few more tricks up his sleeve. We're getting a more relaxed version of him this time around, he says. What the hell does this mean?

"I'm not trying to prove anything. In terms of the creative process, I know my style now," he said. "I have more sense of the business now when it comes to creating concepts.. My desserts are more mature now."

It's not necessarily about offering new techniques (he has this down to a science at this point, crossing high art) as it is about bridging cultures and experience. "I want to share some things from its (Australia's) café culture. I want to develop that. It's not like a technique. It's more like presenting people with food they can crave. It's more about introducing a new lifestyle to people. I think the Philippines is ready for that."

This Filipino Bakery in New York City Has a 10,000-Person Waiting List

Aspiras is as inventive as it gets. He thinks of it as a Filipino thing. The pastry chef adds: "I think Filipino creativity, the passion, and the drive. What we're doing is really good. The talent we have in the Philippines is world-class and we don't really to push too much."

Indulgence is the name of the game. Aspiras is set to refresh the menu of Visum Ventures' portfolio with this in mind. With Salt and Ice Bar, the chef is going to be curating its champagne breakfast and desserts menu.

A post shared by Salt and Ice Bar PH (@saltandiceph)

Take the chef's own version of the humble banana cue, for instance. He toys around with the mousse by way of banana financier and mille feuille. Airy, moist, and gooey, it's layered with incredible lightness (keyword: simple). We can say the same about the Black Forest with Auro Dark Chocolate Mousse, too, minus the gooey part. It's delicate, with cherries on top (literally, mind you).

If we were to ask the chef himself what his personal favorite would be, we might hear about the Vegemite Butterscotch with Auro Milk Chocolate Ganache and Auro Dark Chocolate Shell Pralines. Here, we're given something rich to talk about. The chef uses duck fat mayo and fermented yeast, which, he says, is typical of Australian sensibilities.

Meanwhile, the Sable Cookie keeps itself honest with coconut marshmallow and a sablé Breton base. It comes with Dumaguete passion fruit pastille and the indigenous Australian ingredient wattleseed, as well.

The Calamansi Cake with Auro White Chocolate Glaze, on the other hand, is pretty nice, too. This butter cake has an interesting texture and a respectable amount of zing to it, blending the acidity that comes from the calamansi with the mild freshness of the curd.

Indulgence doesn't have to be complicated, as the pasty chef's new creations, ultimately, want to prove. 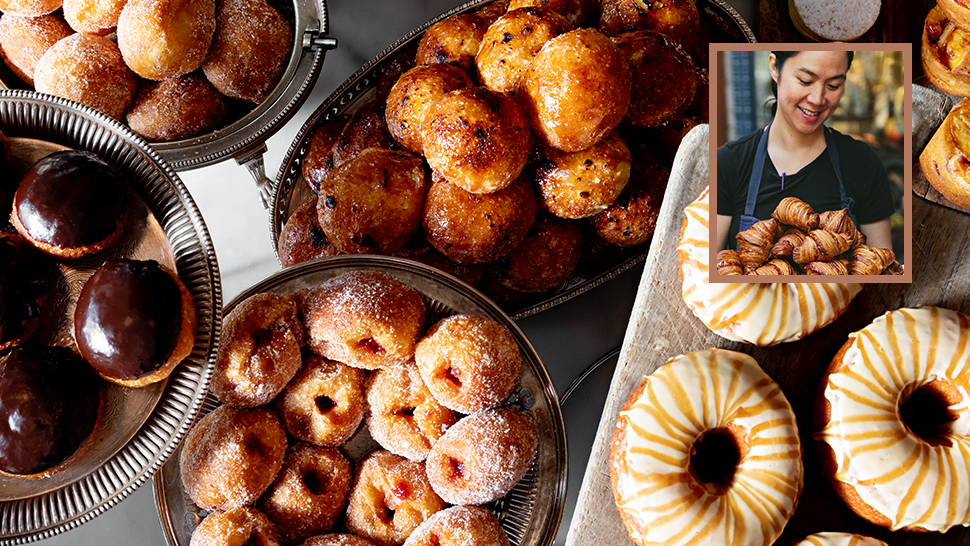 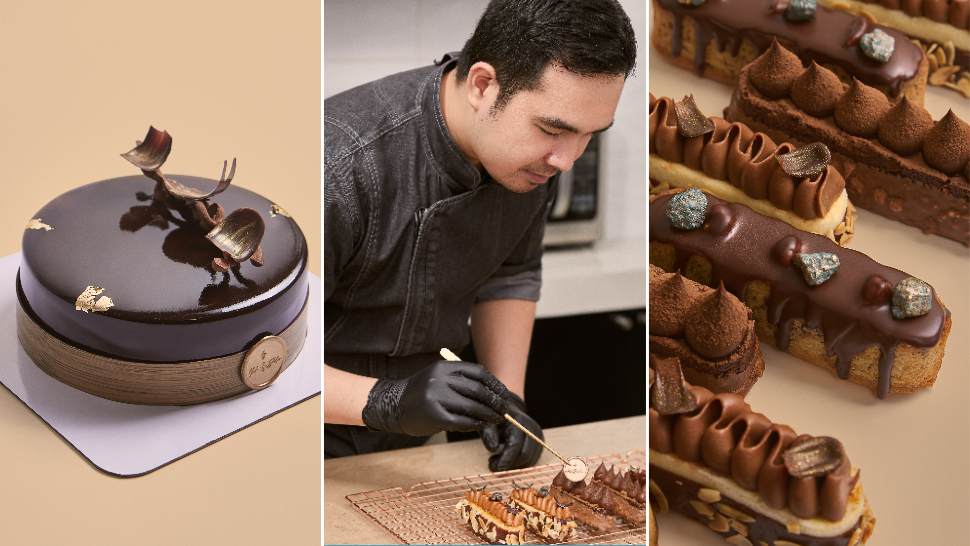