"A Song of Fire" and "A Song of Ice" feature contrasting flavor profiles and some very cool bottle art. 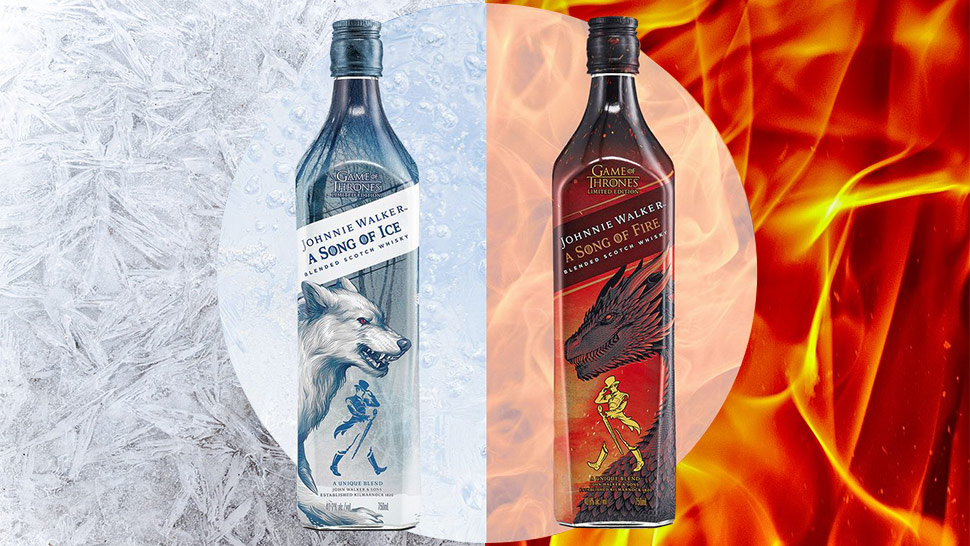 Would you believe we're still dissecting fan theories about Game of Thrones and how it fell on its own sword like a bumbling idiot in its final season? Well, we are. There's much to discuss and much to hate. But one thing to not hate is the seemingly endless conveyer belt of good branded booze to come out of the show, allowing you to drink on-theme while you grumble, stubbornly refusing to get over it. That's the dream. 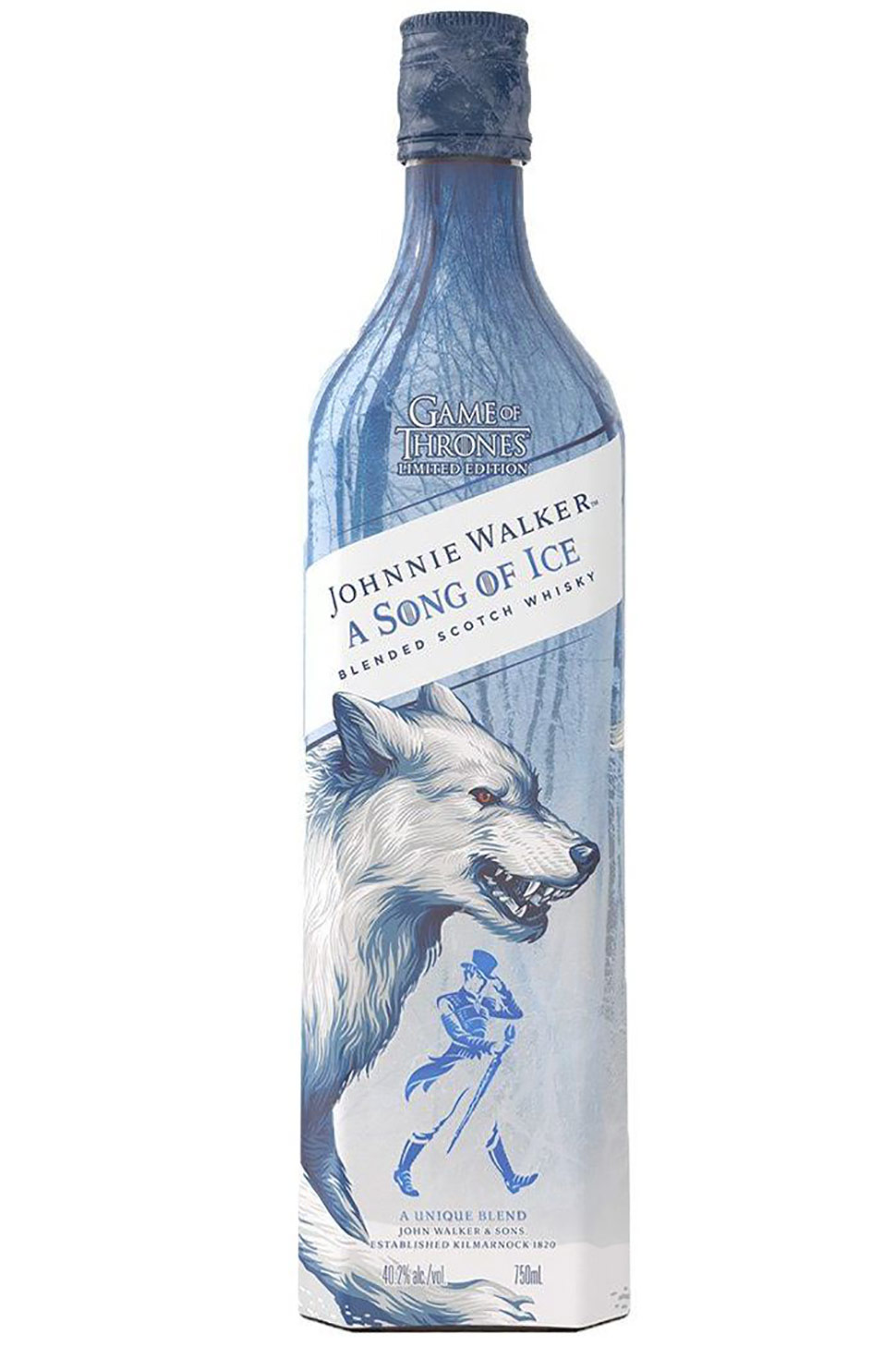 Johnnie Walker A Song of Ice

A Song of Ice was blended from single malts distilled at Clynelish in the northern reaches of Scotland, and the bottle has a Direwolf on it, who is such a good boy. A Song of Fire is smokier, distilled at Caol Ila in Scotland, and features a dragon on its label who looks very much up to the task of carrying its dead mother away to some far-off land in its great big talons. Johnnie Walker says A Song of Ice is crisper, best enjoyed over ice, while A Song of Fire is spicier and good neat. Buy them both to test that theory; Reserve Bar is selling them for $43 per bottle, and when you put 'em side-by-side in order, the little Johnnie Walker Striding Man faces off against himself. Much like the warring Starks and Targaryens. Get it?

Or, you can pick a side—whichever family you most wanted to win the Iron Throne in the end—and re-litigate the Jon vs. Dany dynamic with your friends until the bottle's drained dry. 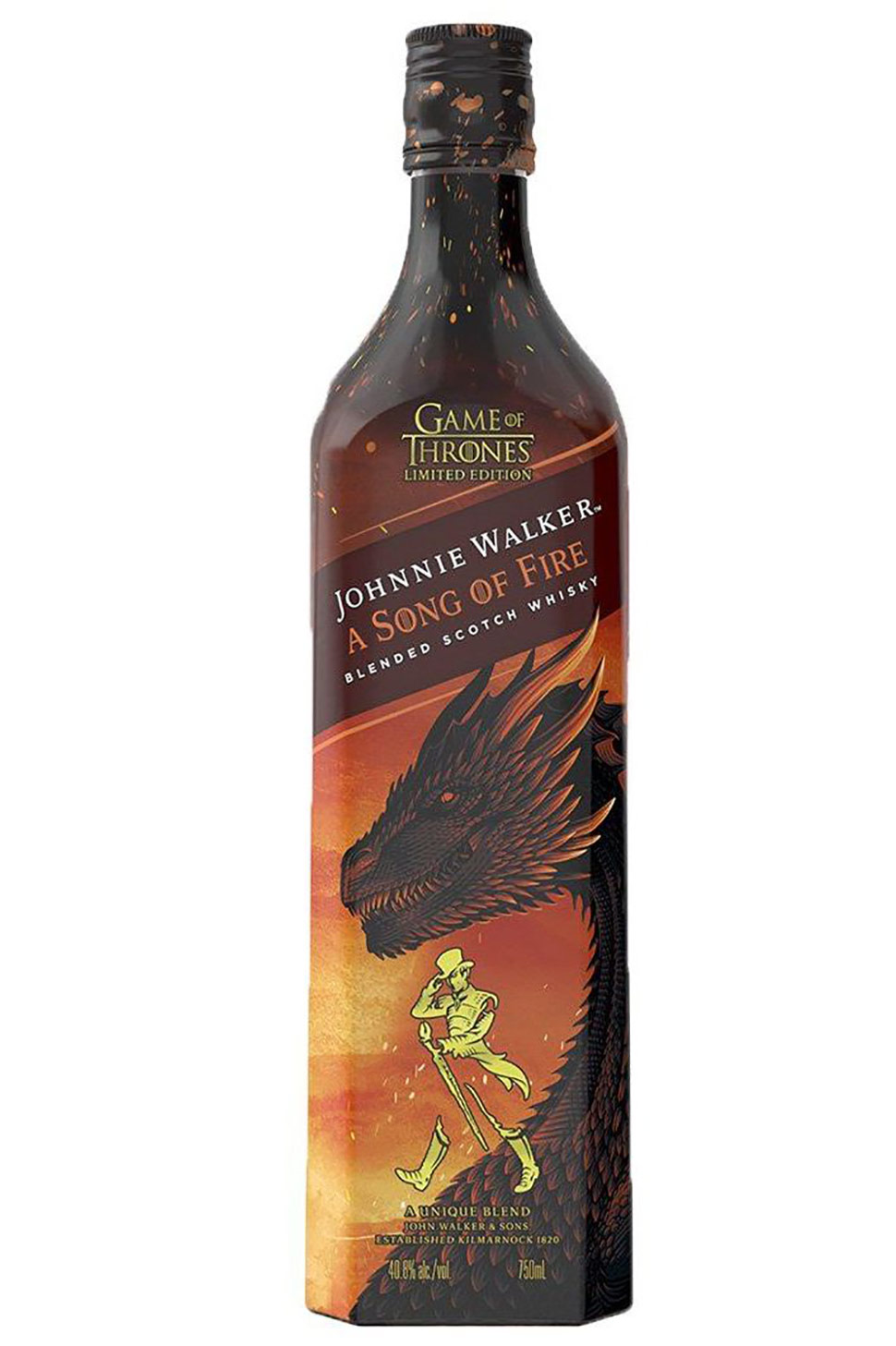 Johnnie Walker A Song of Fire

And for a whisky-based on a completely different style of rampaging, blood-squirting, guts-spilling destruction—although from a show featuring just as many dead people brought back to semi-life—may we suggest Spirits of the Apocalypse, a Kentucky straight bourbon created for The Walking Dead. Violent prestige television makes for some interesting liquor options.