How Extensive is Your Gin Vocabulary? A Drinking Man's Guide
Culture

How Extensive is Your Gin Vocabulary? A Drinking Man's Guide

Gin is a fairly straightforward drink, but one that’s often misunderstood. Strictly speaking, it’s a type of liquor that’s distilled from grain or malt and infused with juniper berries.

While gin has a rich and storied origin dating as far back as the 13th century, its history will mostly recall the Gin Craze of London in the 1700s. Conflicts between England and France at the time meant that the British suffered an embargo of French brandy and wine. Simultaneously, the production of genever—or gin, as we know it today—was deregulated. This opened doors for more gin distillers, which meant cheaper liquor for everyone and increased gin consumption everywhere.

Eventually, gin evolved into more refined and delicate liquor and as the base spirit for many mixed drinks. Gin is now everywhere—well in stock at your favorite bar, served in glasses shaken or stirred, and part of your favorite cocktails. Here are a few basic terms associated with gin to add to your liquor knowledge.

The main defining characteristic of gin as a type of liquor is the flavor of juniper berries. In fact, European regulations require juniper berries to be the dominant flavor in any type of gin. Junipers are coniferous plants that are fairly ubiquitous all over the world, and juniper berries are used as a spice and often have a citrusy, sharp taste.

Apart from the flavor of juniper berries, gin is also often infused with other flavors from seeds, berries, herbs, and roots of botanicals at different parts of the distillation process. Botanicals lend different flavors to gin: citrusy, grassy, woodsy, among others. Coriander, cinnamon, ginger, and nutmeg are types of botanicals.

One of the most common and well-known gin cocktails is the gin and tonic, which is a highball cocktail (less liquor, more mixer) with a self-explanatory name: It’s made with gin and tonic water. By definition, tonic water is a type of carbonated drink with quinine, but many bars just serve soda.

Another popular gin-based drink is the martini—James Bond’s favorite shaken, not stirred, drink. A martini is essentially comprised of three ingredients: gin, vermouth, and a garnish—usually an olive or citrus peel. Add a little olive brine, and it’s called a dirty martini.

This gin-based drink has Italian roots and is by definition made with three equal parts of gin, sweet red vermouth, and Campari; then garnished with an orange peel. This particular gin cocktail is a perfectly bittersweet companion for lounging around in the afternoon.

This term refers broadly to any type of liquor distilled or brewed amateurly, often under poor circumstances. The term is said to have come from the American Prohibition era, when the commercial production of alcohol was outlawed. This led many to make their own homemade liquor, usually gin, literally using bathtubs in the process.

Pink Gin is a hot cocktail trend hitting bars, from clubs and pubs to speakeasies. If you want some added flavor from mixed berries, check out The BaR Pink Gin. 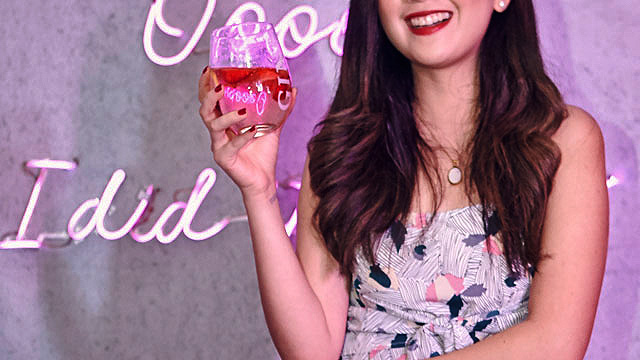 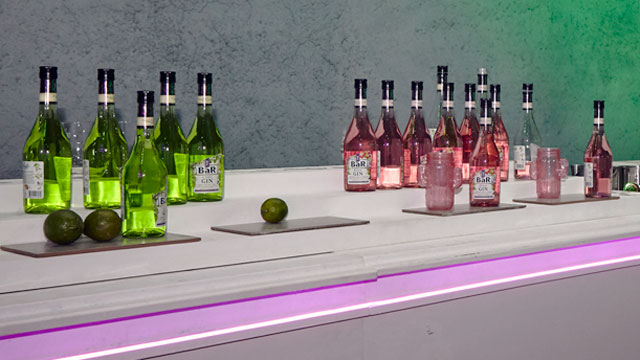 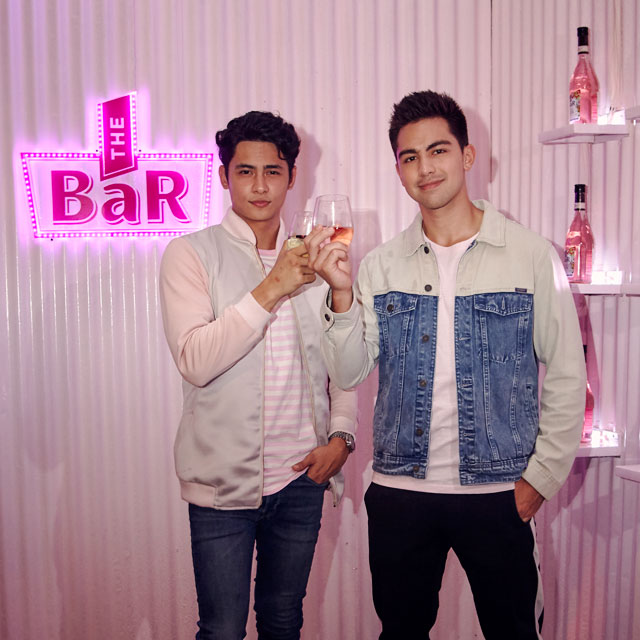 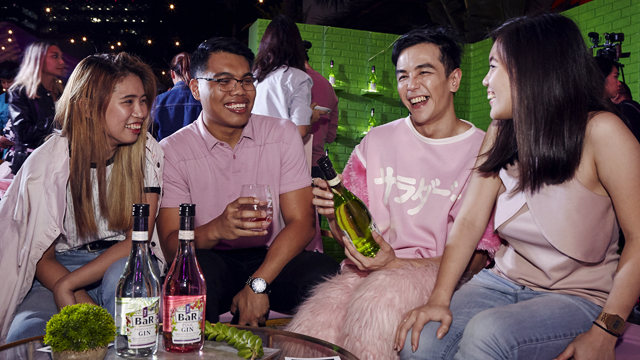 The BaR gin is available at supermarkets, convenience stores, and Boozy with a suggested retail price of P95. Visit The BaR's Facebook page and Instagram for updates. Drink responsibly.