Many People are Hungry and Malnourished. Here's an Effective Way to Help Them

P100 for 5 and Love Food Give Food are projects of global organization Action Against Hunger. 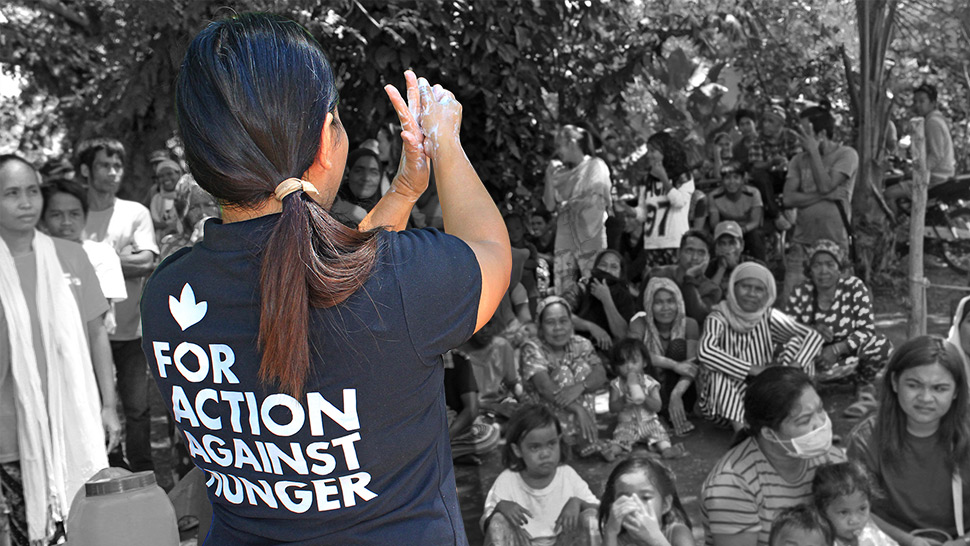 Each time we sit down to eat breakfast, lunch or dinner, it’s easy to forget that not everybody is as lucky. Hunger and malnutrition is a real problem in many countries across the planet. Here in the Philippines, an estimated 2.3 million families said they experienced hunger during the first quarter of 2019 according to a survey by the Social Weather Stations.

Children are especially victimized by this epidemic. In a survey conducted by the Food and Nutrition Research Institute of the Department of Science and Technology, an estimated 33.4 percent or about four million Filipino children under five years old are malnourished.

There are many organizations globally that are helping in the fight against hunger and malnutrition. Action Against Hunger is one of them. The global humanitarian group, which is present in 50 countries, focuses on pinpointing the causes and effects of malnutrition and taking action to address them. In its latest campaign, AAH is partnering with some of Manila’s celebrity chefs to fight hunger in a simple and practical way.

“According to the 2015 Family Income and Expenditure Survey of the Philippine Statistics Authority, the average family monthly income is estimated at P22,000, and 41.5 percent of it is spent on food,” says Dale Nelson Divinagracia, fundraising and resource development manager of AAH. “This equates to P300 daily or P100 per meal. The challenge for homemakers is to create a nutritious and delicious meal while staying within the family budget.

“We presented this challenge to our partner chefs and they came up with creations that are healthy and only cost P100 for five persons,” he adds.

The idea is to inspire more people to prepare nutritious, filling, and affordable meals to feed their families.

“We would like to invite more people to take on the challenge and submit their recipes to us, Divinagracia says. “The submitted recipes will be shared with our beneficiaries during the health, hygiene, and sanitation promotion sessions that we conduct in all our projects.”

During the launch of the campaign in August 2019, at least five chefs heeded the call to share recipes for the P100 for 5 challenge: Chef Rolando Laudico of Chef Laudico Guevarra’s OK Café with his Tinola Arroz Caldo with Malunggay Pesto; his wife Chef Jac Laudico with her Fish Soup with Kamote Fruit and Leaves and White Rice; Chef Chele Gonzalez and Chef Carlos Villaflor of Gallery by Chele with their Chicken Tinola with Fideua; and Chef Robby Goco of Cyma, Green Pastures, and Souv with Kare-kare Rice with Binagoongang Tokwa.

In addition to the P100 for 5 campaign, AAH is also spearheading Love Food Give Food, an initiative that has participating food establishments around the city offer items in their menu to the cause. When diners order these special menu items from October 1 to December 1, 2019, a portion of the proceeds goes to the projects against hunger and malnutrition.

There is much work to be done if we want to reduce the number of people going hungry or not having enough to eat, but with these campaigns by AAH, people have a concrete and effective way to help.

For more information, visit the Love Food Give Food website.