Philippines Is 'Most Underrated Foodie Destination In the World'

According to an international food site. 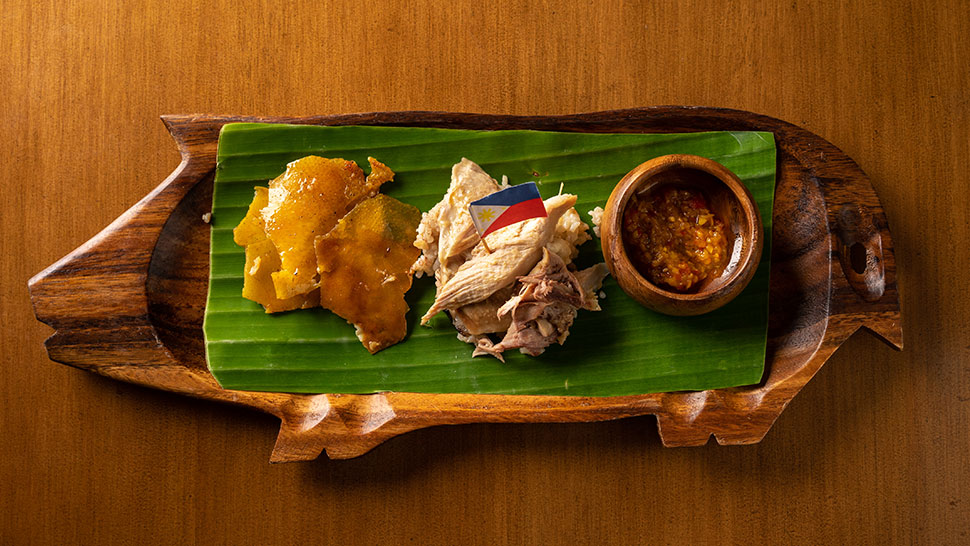 The Philippines may not exactly be one of the world’s top culinary capitals, but it’s good to know that we’re still in the radar as an off-the-beaten-track destination for food travelers. In fact, a survey conducted by international food website Chef’s Pencil placed the country in the top of its list of most underrated foodie destinations in the world.

Chef’s Pencil is a 10-year-old website where professional chefs from around the world share their favorite recipes. It also publishes trend and industry reports on the culinary scene. For its 2020 underrated foodie destinations list, it asked 250 global chefs and foodies for places they felt aren’t getting the exposure they deserve from food travelers. The site divided the rankings into cities and countries. And the Philippines topped the latter list.

“This east Asian country rarely gets a mention in the top foodie destination lists,” the entry on the Philippines reads. “And that’s an awful shame as its cuisine is a unique fusion.

“Originally similar to Malaysian and Indonesian cuisines, trade and migration created a rich mix of cuisines. Trade brought Indian influences—rice-based dishes such as puto bumbong for example, and the very popular kare-kare and atchara pickle. China contributed pancit noodles, soy sauce, tofu, and those so delicious spring rolls, not to mention pork, which is a big part of Filipino cooking.”

“After the Spanish came the Americans, bringing hot dogs, hamburgers, ice cream, and convenience foods. But don’t let that put you off! This is an east-meets-west cuisine that truly deserves a visit.”

Finally, what’s a conversation about Filipino food without mentioning the obvious.

“And for the daredevils among you, it’s where you can try probably the most challenging of delicacies, balut. It’s a boiled fertilized egg that crunches as you bite in.” 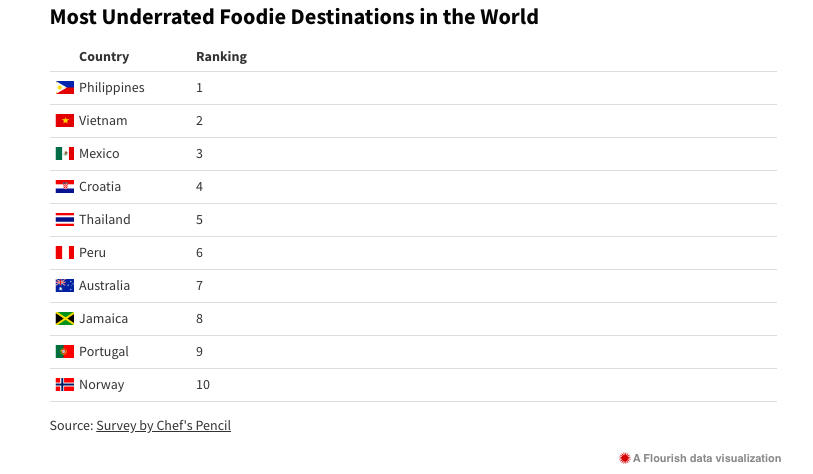