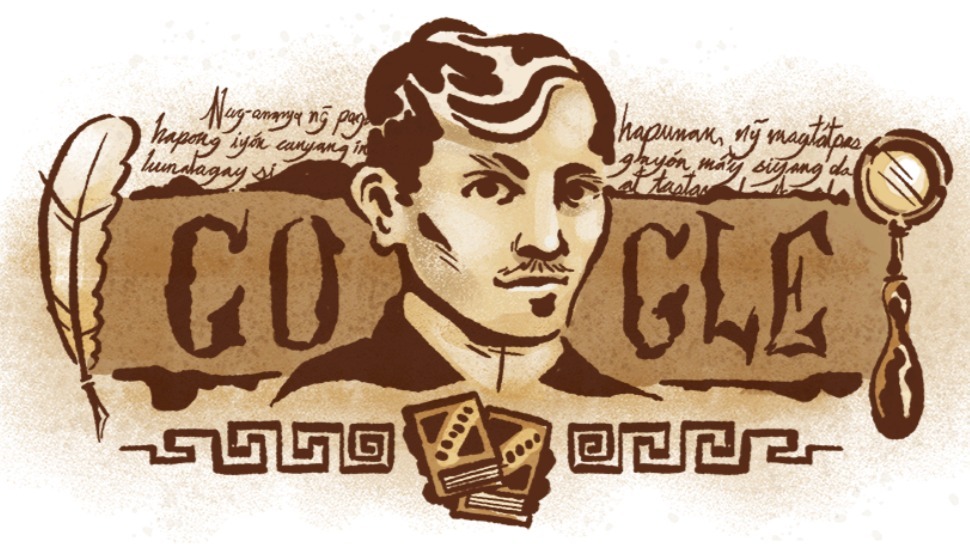 On June 19, Google celebrates the 158th birth anniversary of Philippine National Hero Jose Rizal with a cartoon depiction of the author and physician in a Google Doodle. Some of Rizal's words that inspired the Filipino nationalist sentiment can be seen in the background.

Symbolisms in the Doodle

According to Google, apart from the national hero, the Doodle also depicts a quill pen, a powerful tool that Rizal used in his works and writings as he fought for the freedom of the Filipinos. It also illustrates a magnifying glass to represent his occupation as a practicing ophthalmologist. Below Rizal's head are depicted two books which represent two of his greatest works, the Noli and the Fili.

Google Doodles aim to celebrate a diverse mix of topics that reflect Google's personality, teach people something new, and are meaningful to local culture. Recently, Google Philippines joined the country in celebrating its 121st Independence Day with a Doodle featuring the Philippine flag.