Henry Sy Sr. is Biggest Billionaire Not Just in PH But in Southeast Asia 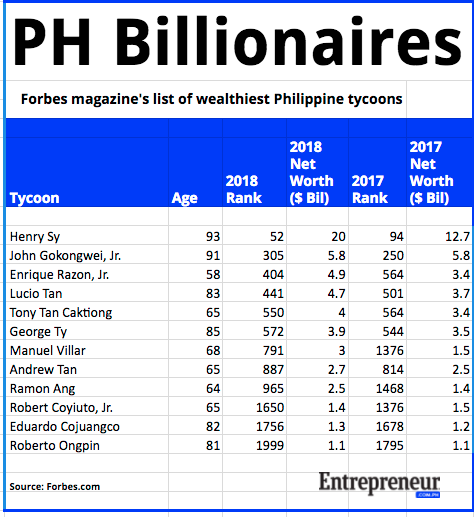 Henry Sy Sr., 93, remains the country’s richest Filipino for the 10th year in a row as he leads the 12 Filipinos who made it to the exclusive 2018 Forbes World’s Billionaires List, released on March 6, Tuesday.

Sy ranked at 52nd place among the 2,208 billionaires who made it to the global list, beating the likes of SpaceX and Tesla Motors founder Elon Musk who was at 54th place. Sy is the richest billionaire from Southeast Asia and one of the wealthiest in East Asia, beating even Uniqlo founder and CEO Tadashi Yanai who ranked as the 56th richest billionaire in the world and Samsung’s Lee Kun-Hee who ranked 61st.

The late construction magnate David Consunji and DoubleDragon Properties Corp. CEO Edgar “Injap” Sia II were the only tycoons who failed to return to the list this year after their inclusion in the record number of 14 Filipinos on the list in 2017.

Though fewer than last year, the 12 Filipinos on Forbes’ billionaire list this year chalked up a total net worth of $55.3 billion, up 21 percent from last year’s total of $45.8 billion. Their average wealth also rose 41 percent to $4.6 billion from $3.3 billion last year.

Globally, Amazon founder and CEO Jeff Bezos displaced Microsoft co-founder Bill Gates as the world’s richest billionaire with his net worth at $112 billion. He is the first “centi-billionaire” to ever top the list. Gates is now at second place, which Forbes noted is only the sixth time he ever ceded the top rank while Warren Buffett is back in third place. 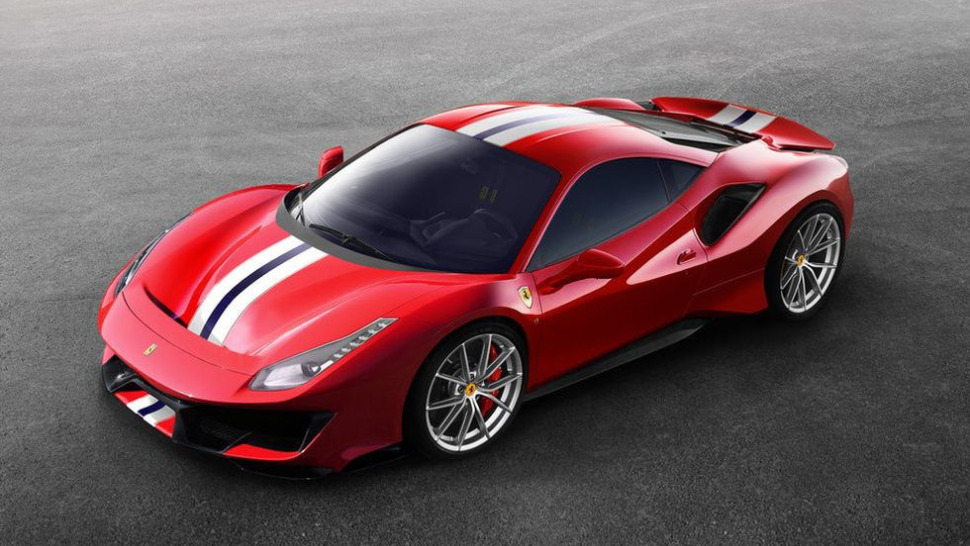 The Coolest Cars From The Geneva Motor Show 2018