Take some style notes from your old man.

Visionary, artist, writer, doctor, patriot. Jose Rizal may have been many things, but one thing people tend to overlook about our national hero is that he was also human-flaws, mistakes, whims, and all. In the spirit of Rizal’s birthday anniversary, with a little help from the chronicles of historians Ambeth Ocampo and Leon Ma. Guerrero, we show that even the best of heroes are not perfect, and why there’s nothing wrong with that. 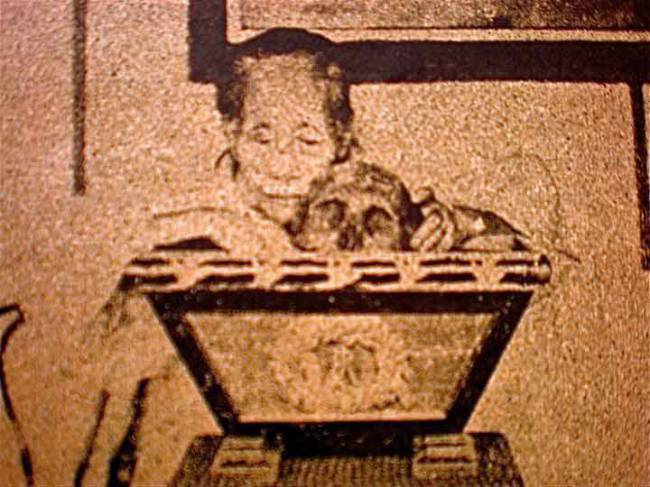 Rizal's mother could have been an illegitimate child. In 1814, Rizal's grandfather Lorenzo Alberto Alonso, then 24, married 12-year-old Ilocana Paula Florentino. However, Ocampo wrote that years later, the same Lorenzo Alberto Alonso was spotted in Biñan with Brigida Quintos. They bore five children, one of which was Teodora Alonso, Rizal's mother. Strangely enough, documents in Santa Cruz Church, Manila, are complete right down to the 18th century—except the volume that held Teodora Alonso's baptismal records. Rizal, being the only member of his family to use this surname instead of "Mercado," also thought he was an illegitimate child. However, his family insisted on using "Rizal" to avoid association with his brother Paciano Mercado, who was involved in the Gomburza issue of 1872. 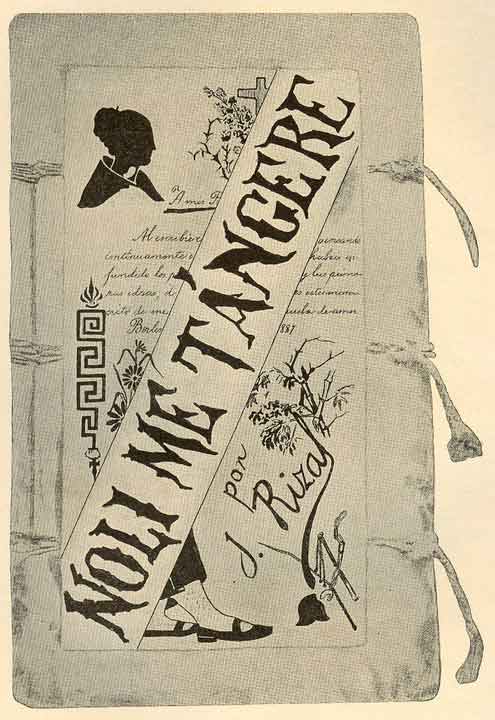 Rizal remained calm during his execution. On the day of his death, Rizal was described as "serene," according to Ocampo. He was pale but it was not because of his forthcoming execution, but because he did not have any breakfast. In jail, he was served three hard-boiled eggs, which he dismissed as "for rats."

During the trip to Bagumbayan, he recounted stories about the places they'd pass—"I used to take walks here with my sweetheart"; "Is that the Ateneo? I spent many happy years there."The latter scene was even depicted in the 1998 Jose Rizal film starring Cesar Montano. When the Spanish military doctor felt Rizal's pulse right before the execution, he was surprised to find that it was normal. 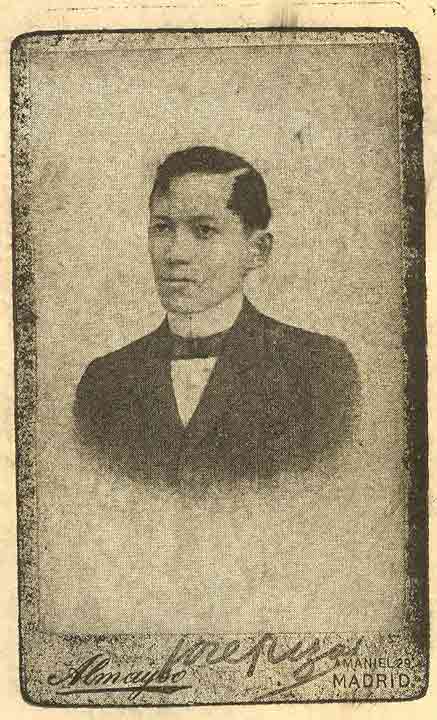 Rizal was sometimes too proud. When he was in Europe, his allowance sometimes took too long to arrive from the Philippines that he would run out of food funds, narrated Ocampo. Too proud to let his landlady learn he had no money, Rizal would go out during mealtimes, walk around town cursing his misfortunes, then return home with a straight face. Everyone assumed that he had eaten. 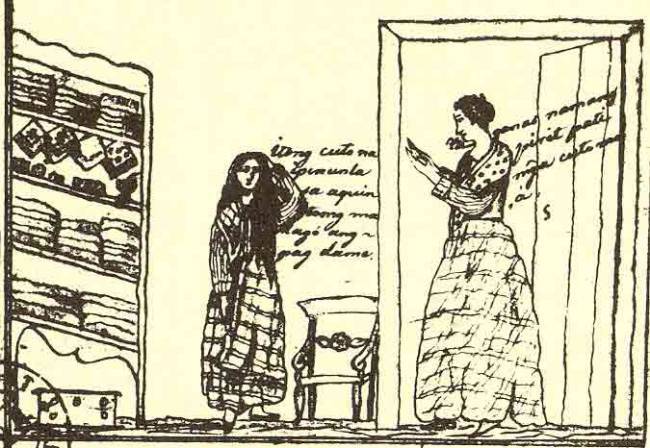 Rizal once won the lottery. Not only was he extremely gifted, Rizal was incredibly lucky too. According to First Filipino, while Rizal was exiled in Dapitan, he won P6,200 in the lottery with ticket number 9736. He used half to buy some land and sent the rest to his father. 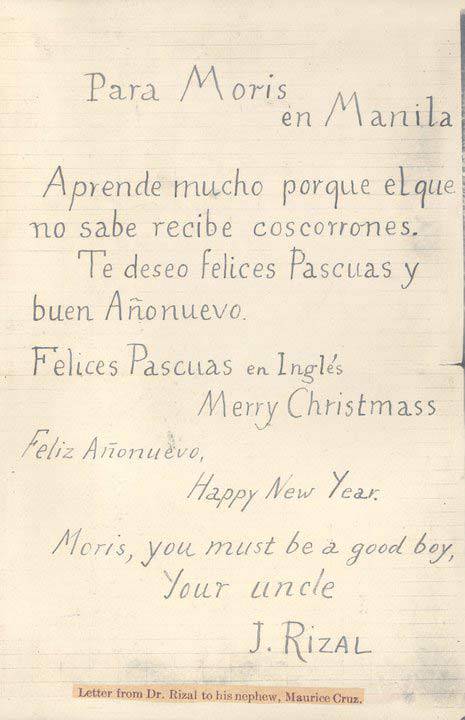 Rizal allegedly appeared in séances. Though very much contested, according to Ocampo, it seems that among all Rizal historians, Guillermo Tolentino made the most effort to reach out to Rizal beyond the grave. Not content with documents, the National Artist for Sculpture was said to have interviewed Rizal himself in three separate séances. The results of this interview were published in his book Si Rizal (1957). Ocampo published some of Rizal's alleged statements in Rizal Without the Overcoat.

During a séance in 1948 with Rizal's sister Doña Trinidad, the hero reportedly said: "Allow me in these moments, one who is without a body, to talk to you...allow me to speak in Tagalog because there is nothing more beautiful than to communicate with one's sister under the vast skies of the Philippines in the beautiful language of the Filipinos."Rizal also took the opportunity to criticize the Filipinos' use of foreign languages. Ironically, according to First Filipino, Rizal, who was usually mistaken for Japanese in Europe, once taught himself Japanese to appear as someone who loved Japan. 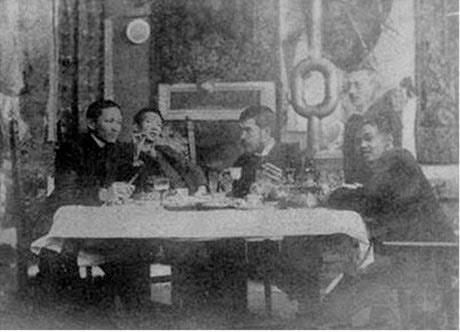 Rizal's favorite food—pancit, mangoes, and lanzones. An entire chapter of Ocampo's book is devoted to things Rizal liked to eat. Apparently, Rizal's breakfast normally included hot chocolate, a cup of rice, and sardinas secas (translation: tuyo). Lunch usually featured ayungin (silver perch). According to his Dapitan cook, Tinong, Rizal usually had three types of viands—the first was Pinoy fare like sinigang or paksiw, the second, Spanish, and the third was something he mysteriously described as "mestizo." Rizal also had a predilection to eating pancit (the closest to Pinoy food he ever had in Europe), lanzones and mangoes. He didn't drink wine, preferred his water with ice, and drank beer to avoid calling attention to himself in Europe. 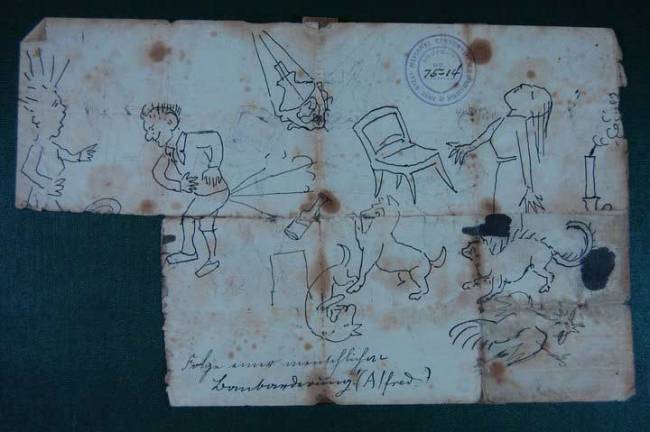 Rizal had psychic tendencies. There were many instances when Rizal's dreams mirrored the future. One such dream was the one he had on Dec. 30, 1882. According to Rizal Without the Overcoat, Rizal wrote in an entry in his journal dated Jan. 1, 1883: "(Two nights ago) I had a frightful nightmare when I almost died. I dreamed I was imitating an actor in a scene in which he dies, I felt vividly that my breath was failing and I was rapidly losing strength. Then my vision became dim and dense darkness like that of nothingness overpowered me: the anguish of death..." Disturbingly, Rizal was executed on the same day 13 years later. 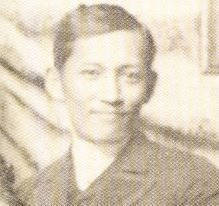 Rizal once had a run-in with a Chinese merchant and vowed never to buy anything from the Chinese again. According to Ocampo, Rizal was once involved in a lawsuit with a Chinese sari-sari store owner in 1895. It aggravated him so much that he told his mother he would never buy anything from the Chinese again. Interestingly enough, Rizal was also part Chinese.

Rizal had another unfortunate run-in with the sari-sari store owner at the Dapitan Stocking Market of 1896. When a priest decreed that women should attend mass in shoes and stockings, women came in men's socks instead—bought for three reales a pair, presumably from the Chinese merchant. Rizal also wanted to cash in on the demand, and once he had his own stocks to sell (two dozens sent by his sister), the trend ended. The merchant had sold most of his, while Rizal had, as Ocampo put it, nearly 10 years' worth. 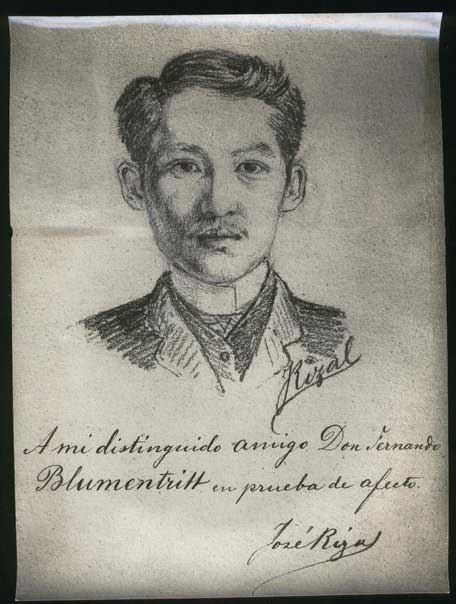 Rizal was a penny-pincher. As chronicled in Ambeth Ocampo's Rizal Without the Overcoat, Rizal was once invited to a New Year's potluck party where he was assigned to bring champagne. He did not like the idea, and throughout the merrymaking, he lectured everybody and advised against drinking, gambling, and womanizing—the key points of the night. Then, Rizal stood up, announced that "inabonohan niya lang" and requested everybody to pay their share of the champagne bill. Stunned, the partygoers thought it was a joke—until pre-national hero Rizal passed his hat around.

Before checking into a hotel, Rizal would also ask the front desk how much the rate was with and without breakfast. He usually opted for the latter and used the money he saved to buy alcohol, tea, or biscuits.

Another kuripot story made its way to the pages of Leon Ma. Guerrerro's First Filipino. Rizal supposedly survived on P50 a month in Europe, and he once wrote his sister Maria in December saying that he had not taken a bath since August, because it was "really expensive." Stingy as he seemed to be, however, he set aside funds for photographs. Ocampo published a list of Rizal's monthly expenses and there was an allocated amount for photographs. 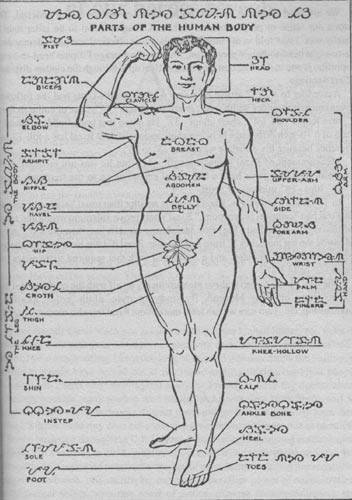 Rizal was a gym buff. Contrary to popular opinion, Andres Bonifacio, the leader of Katipunan was not at all brawny, says Ocampo. The paper fan vendor was, in fact, a bit scrawny. Ironically, scholarly Rizal, who wanted to compensate for his 5'3" stature (which is contested: others claim he was only 4'11", based on his clothing), turned to weight-lifting to amp up his physique. His waist, measuring 25"-26" had a 12-inch difference from his chest, 37." Cement barbells were discovered in his Dapitan home (trust our genius national hero to be resourceful in a time of exile). Leon Ma. Guerreo also noted that as a child, Rizal was made fun of by the schoolmaster's son Pedro at his elementary school in Laguna. Rizal, not known to be a combative man, challenged Pedro to a fight and won.