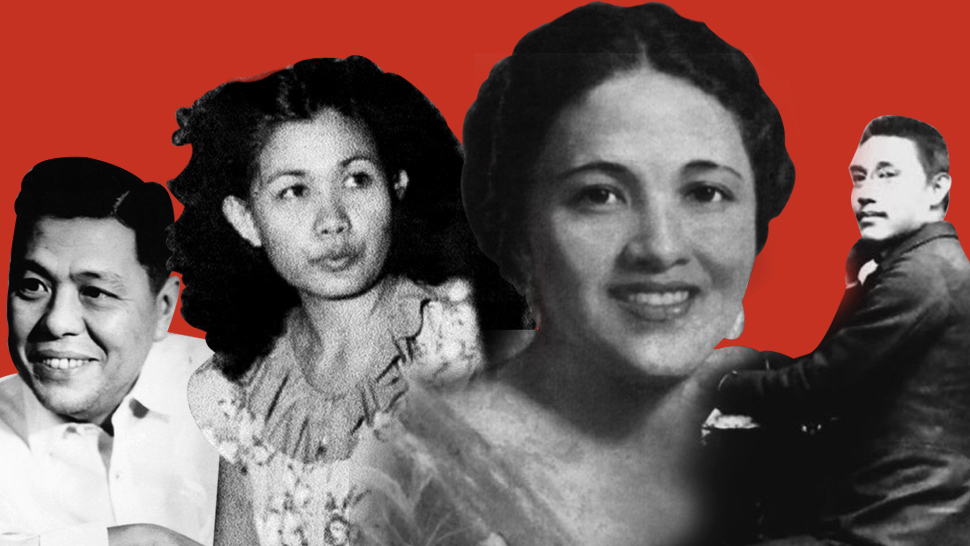 Among Filipino heroes, only Andres Bonifacio, Jose Rizal, and maybe another dozen are household names. Before the movie Heneral Luna, the tough and not-so-soft spoken general was virtually unknown—mentioned in class only as a historical figure and as the brother of painter Juan Luna. Soon Gregorio Del Pilar will be among those ranks thanks to another upcoming epic. So we had to ask, how many more kick-ass heroes do we not know about?

We scoured through almost 500 years, relearned history, and picked nine other patriotic Filipinos who also deserve their own movie or two—or at least recognition.

The Nameless Hero of Bangkusay

The 1571 Battle of Bangkusay in Tondo was one of the first battles for independence against Spain. Historians long assumed that Rajah Soliman (alternatively spelled Raha Sulayman), then the crown prince of Tondo, led over 2,000 Moro troops to drive out the unwelcome conquistadors. These Moro soldiers, hailing from Macabebe, Hagonoy, and other towns in Pampanga, battled it out with the soldiers of Governor-General Miguel Lopez de Legazpi.

It was only when researcher and historian Ian Christopher Alfonso did an in-depth, six-year research about the Battle of Bangkusay that we learned the truth. According to Alfonso's study, the battled was won by a nameless young Moro leader who sailed to Tondo with a fleet of 40 large boats. He died in the battle with 300 of his men. Alfonso published his findings in his 2016 book, The Nameless Hero. That same year, the National Historical Commission of the Philippines (NHCP) acknowledged this discovery and placed a historic marker in Pampanga to honor the nameless teenager as the real hero of the Battle of Bangkusay. 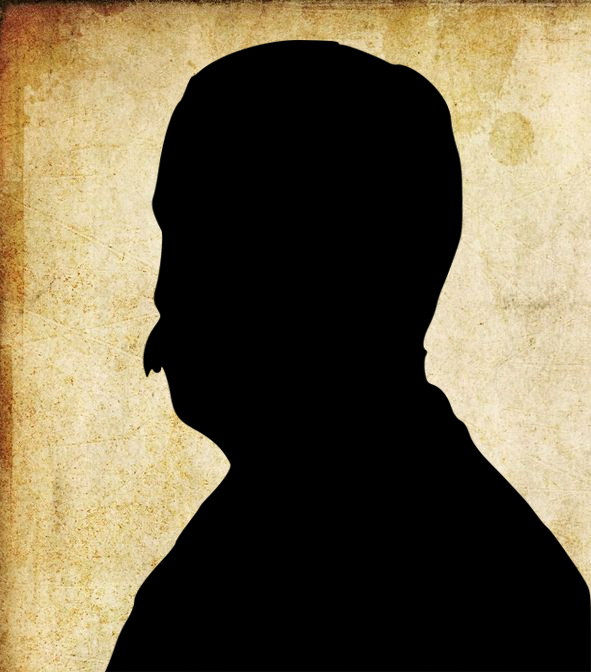 There are many Western Visayan female revolutionaries, but none more celebrated than Teresa Magbanua. She, however, is never mentioned in the same breath Bonifacio, Mabini, or Rizal.

Born in 1863, Teresa’s education was not typical for women that time. Instead of taking home courses, she studied to become a teacher. She also took a post-graduate teaching degree to qualify as a Maestra Titulada Superior at the University of Sto. Tomas. She eventually returned to her hometown in Iloilo where she put her skills to use.

When her two younger brothers enlisted in the revolutionary army, she also volunteered. She was a known marksman—even better than her uncle who was a general. Despite initial protests from her family, she was eventually given command of a bolo battalion where she became known as Nay Isa. She was the only woman to command combat troops in Visayas during the revolution.

She was in her 80s during the Japanese Occupation, yet she continued to support guerilla activities by giving her material possessions and financing the movement. 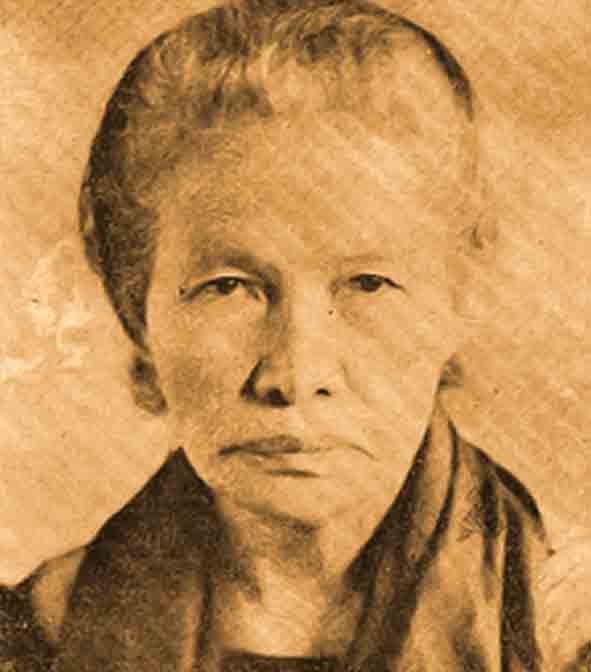 You may recognize Jose Rizal, Marcelo H. del Pilar, or even Graciano Lopez Jaena in a group photo of La Solidaridad founders, but only a few would know about Dr. Mariano Ponce. As Secretary of the Propaganda movement, he also headed the Literary Section of the Asociacion Hispano-Filipina, a society of Liberal Spaniards and Filipinos. He wrote regularly for La Solidaridad on topics such as history, politics, sociology, and travel. He used the pen names Naning, Kalipulako, and Tigbalang.

He was briefly imprisoned in Barcelona in 1896 for suspicions of connections with the Katipunan-led uprisings. After the war, Emilio Aguinaldo named him the diplomatic representative to Japan, where he met his wife, Okiyo Udanwara. He is known for his book Ang Wika at Lahi, published in 1917, where talked about the importance of the national language. 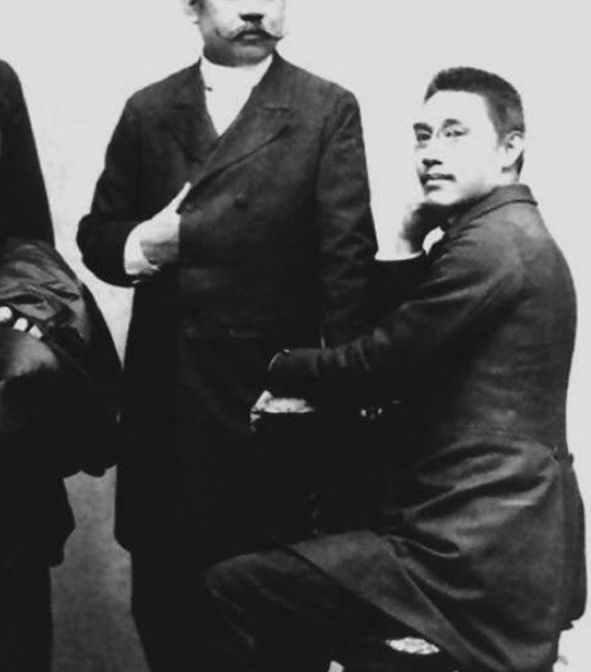 Known for his long hair and rugged looks, Macario Sakay spent his youth as a barber, tailor, and stage actor for Moro-Moro plays. He joined the Katipunan in 1894. His profession as an actor served as a good cover when he visited different towns—supposedly to perform, but he was secretly recruiting people for the movement.

Sakay was seen fighting alongside Bonifacio in the battles of Montalban, Marikina, and San Mateo. He dropped off the radar during Emilio Aguinaldo’s revolutionary government though there are records of him establishing his own to continue Bonifacio’s legacy. He became active again during the Philippine-American war where he used guerilla tactics to fight the American soldiers. He kept to the mountains and grew his hair long to remind him and his troops how long they stayed to fight. The Americans branded him and his comrades as bandits and troublemakers.

Sakay and his men were deceived by American sympathizer Dr. Dominador Gomez into surrendering in exchange for amnesty. Sakay was eventually given an unfair and much-publicized trial and hanged. In his last moments, he clarified that he wasn't a bandit, but a revolutionary fighting for freedom. His last words were, “Farewell! Long live Filipinas!”

Remedios Gomez-Paraiso, also known as Kumander Liwayway, was a beauty queen. When the Japanese invaded the country and killed her father, she vowed to avenge his death and consequently joined the Hukbong Bayan Laban sa Hapon (Hukbalahap). She eventually became one of the highest-ranking commanders, known for leading the Huks to battle while wearing a bright red lipstick.

The 2009 book Kumander Liwayway mentioned that the Huks were first surprised to see their commander so made up, her hair neatly combed, as if she was going to a social function. “One of the things I am fighting for in the Huk movement is the right to be myself,” Paraiso explained to her men. She even challenged those who questioned her femininity to a duel, always proving them in the end that her appearance had nothing to do with her skills.

Some historians believed that women guerilla like Kumander Liwayway were merely “forest wives” or wives of men who joined the Huk, but surviving members corrected this, saying that about 10% of guerillas who fought against the Japanese were actually women.

Kumander Liwayway lived to see the end of the war and died in 2014 at the age of 94. 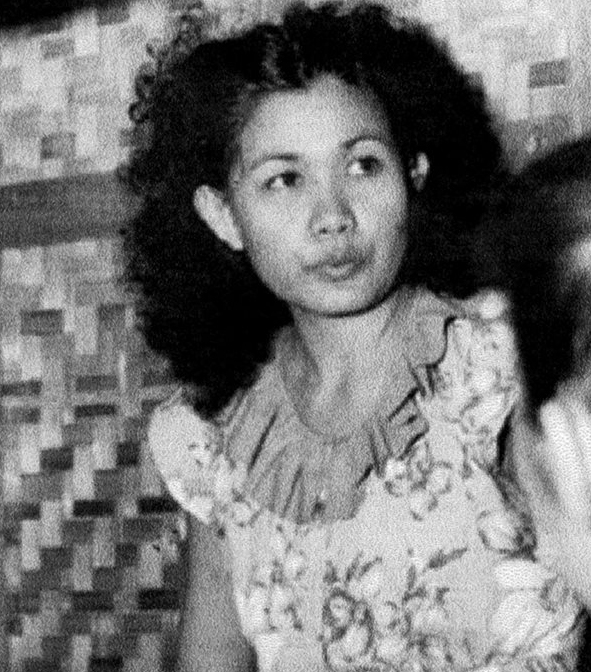 When the war broke out, Josefa or Pepa, as she was fondly called by friends, quickly organized a group of women who rendered emergency services to war casualties. She and husband Antonio Escoda, a journalist, also gave food Filipino and American soldiers who were fighting in the front lines.

For some time, the Japanese allowed her to go about her usual activities and Pepa was careful not to get caught while passing messages from prisoners of war and their loved ones. However, on June 1944, Antonio was caught in Mindoro and placed in Fort Santiago. Pepa soon followed. For months, they endured torture and interrogations by the Japanese. Their family was only allowed to send them food and necessities once. A nun from Maryknoll school, who was imprisoned with Pepa, recounted later that these necessities were even given away by Pepa to other prisoners whom she felt were suffering more.

She and her husband were executed by the Japanese around January 1945, a few days before the liberation of Manila. 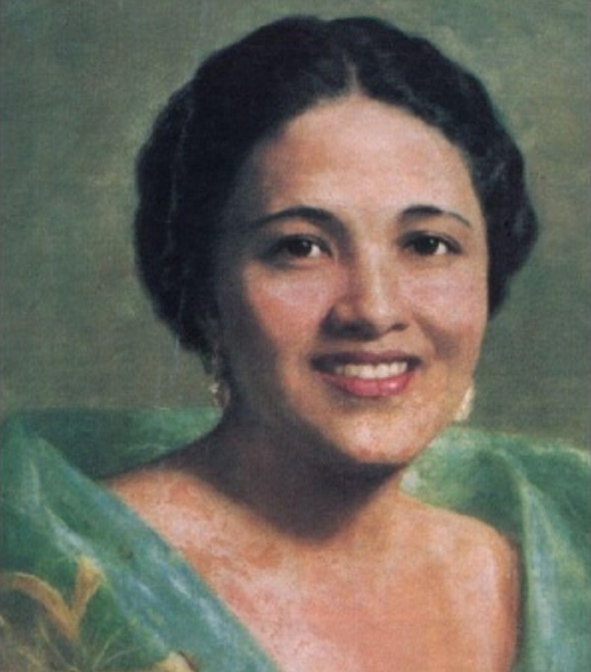 General Douglas MacArthur and his fellow American soldiers may take credit for liberating the Philippines during World War II, but the unsung heroes were the Filipinos who worked alongside them to achieve this feat.

Aside from the guerillas, fisherfolk from Cebu also played a major role in the defeat of the Japanese.

In the summer of 1944, the Japanese thought they were just one battle away from solidifying their stronghold in the region and driving the American forces out. Admiral Mineichi Koga drafted “Z Plan” (Combined Fleet Secret Operations Order No. 73), a strategy for committing the remaining Japanese forces in a make-or-break battle.The “Z Plan” papers were locked in a briefcase that Koga brought as he flew out of his headquarters in Palau due to advancing American forces. Koga and his chief of staff Admiral Shigery Fukudome’s planes were unfortunately hit by a tropical thunderstorm and while Koga didn’t survive, Fukudome and the papers managed to crash-land between Cebu and Bohol.

The papers floated in the ocean and were gathered by local fisherfolk, who handed it to Lt. James Cushing, who later delivered these tactical papers to Gen. MacArthur who was staying in Australia that time. The papers had been decisive in the Battle of the Philippine Sea and the eventual return of MacArthur in Leyte. 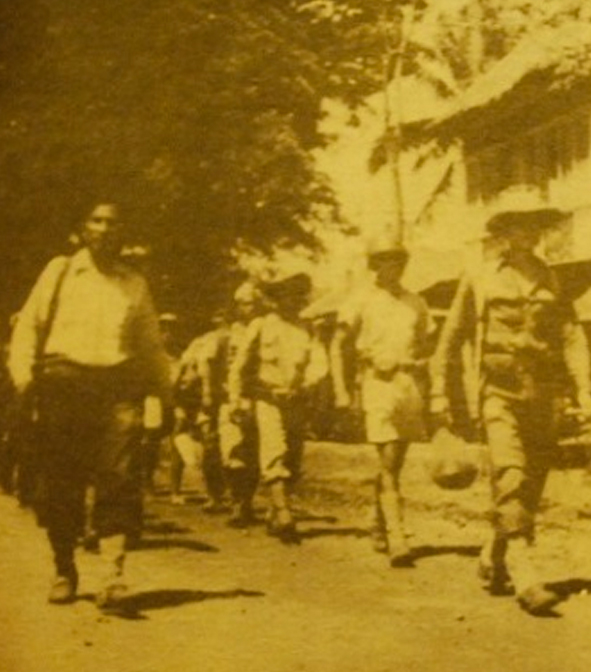 Not a lot of people know that the Philippines played a role in the Korean War. In September 1950, the Philippines’ only armored battalion, the 10th Battalion Combat Team (Motorized) landed on the coast of Korea.

Just four years into independence after World War II, the country saw it a great honor to fight for democracy in another country. The battalion members were between 18 and 54. The battalion was tasked to hunt down North Korean guerillas. They also won at the Battle of Yuldong in April 1951, where 900 Filipinos successfully held off the attack from around 40,000 Chinese.

Captain Conrado Yap was spotted saving a wounded man that caused him to be exposed in enemy fire. This gallant act of heroism inspired his men to keep on fighting. The Captain was killed in action and awarded the Distinguished Service Cross by the American Government. 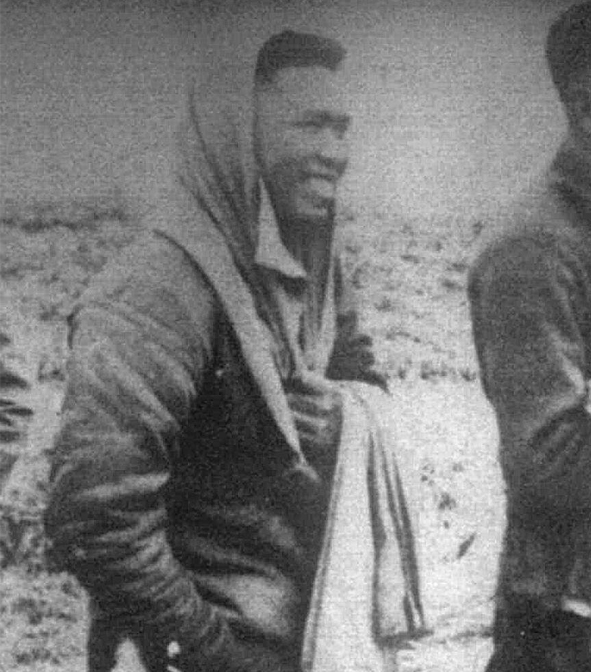 As a boy, Jose Diokno accompanied his father Ramon Diokno to trial. Watching his father in trial solidified the young Jose’s resolve to be a lawyer someday. Jose graduated summa cum laude and he is also known to be the only person who topped both the Philippine Bar Exam and the board exam for Certified Public Accountants. As a distinguished lawyer, he was appointed as Secretary of Justice by President Diosdado Macapagal. During his time as Secretary of Justice, he investigated an American businessman for tax evasion. Then President Macapagal wanted to absolve this businessman in exchange for deportation but when Diokno refused, he was asked to resign.

He ran as Senator for the Nacionalista Party and won. In the early 1970s, however, he started to disagree with the policies of then president Ferdinand Marcos, especially with the suspension of writ of habeas corpus, and resigned from the party. He took the fight to the streets, instead. When Martial Law was declared, Jose was arrested and detained for two years. Upon his release he set up a Free Legal Assistance Group for victims of Martial Law. This has been the first and biggest association of human rights lawyers in the country.

After the People Power Revolution, he became the founding chairman of the Presidential Committee on Human Rights but after the Mendiola Massacre, but he resigned from his post due to deep disgust with how the military killed the 15 farmers who were protesting peacefully.

In 2004, Dioknno was posthumously given the Order of Lakandula with the rank of Supremo. 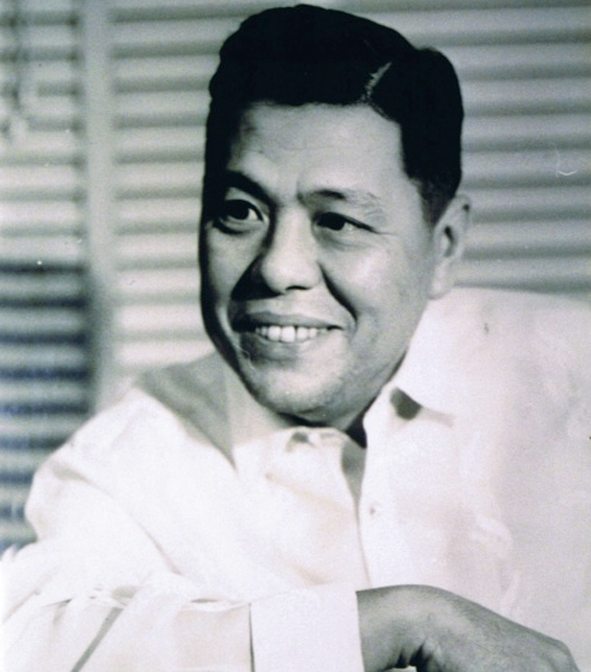 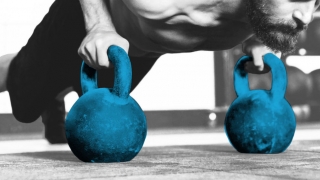 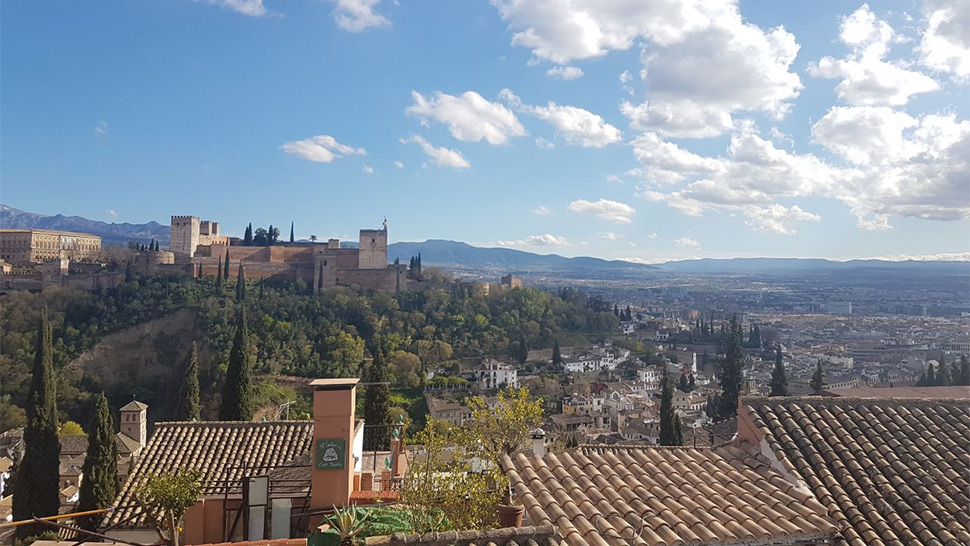 Andalucía, Spain, is A Great Place to Drink
All Photos
Comments
View As List