An Explainer: When Does “Cool” Stop Being Cool?
Culture

An Explainer: When Does “Cool” Stop Being Cool?

“Cool” is one of the world’s most interesting words. Everyone knows what it means, but you’d be hard-pressed to find someone who can cleanly define it. It’s a social standard for attractiveness, and yet is graded according to personal criteria. “Coolness” is both timeless and a product of its time, both praised for being classic and ridiculed for being outdated.

Take, for instance, the decade during which “cool” became a part of our modern lexicon: the 1940s. Back then, “coolness” was associated with the jazz scene: slick suits, good music, a martini in one hand and a cigarette in the other. If you were one of those guys who really knew how to swing it on the dance floor, you were the coolest guy in the club.

By the time the '50s rolled around, however, that sort of groove made you an old fuddy-duddy. Jazz was for geezers; rock n’ roll was where the scene was at. And if you really wanted to be cool, you’d slick back your hair, put on a leather jacket, and ride around town like a rebel without a cause.

The '60s were all about rebellion, too, except that lashing out with your biker buddies was decidedly uncool now. Instead, coolness was all about pacifism and free love. It was all about letting your hair grow long, exploring altered states, and being one with each other.

That, unfortunately, became the trademark of a slacker in the '70s. People had had enough of the grungy, unbathed vibe of hippie culture—glamming up was the cool thing to do now. A well-tailored suit, some hairspray, and disco dancing skills were your ticket to coolness.

Rock n’ roll made a huge comeback in the '80s as a response to all that sparkle, and it took the qualities of previous decades to an audacious extreme. Everyone’s hair was long and voluminous; leather and denim were the cool fabrics du jour, and tattoos became the accessory of choice. At the same time, “coolness” was seeing more diversity: bright neon colors and rap music were also considered cool, despite being on the opposite end of the spectrum.

The '90s saw those clashing styles come to a head: you had the preppies, the grunge kids, and the gangstas all staking a claim at being the coolest of them all. Fitted clothing was just as cool as baggy jeans.

The 2000s saw the advent of countless “cool” subcultures, including goths, emos, scenesters, nu-punks, and hip-hop kids, among countless others. Also somewhere among all those styles were the frosted tips and puca shells of the pop-loving mainstream.

Despite all that diversity, each of those subcultures was deemed uncool in one way or another by the 2010s. It was the hipsters, the monsters, the K-Pop fans, the edgelords, and the memers who were cool now—albeit at different points in time, with many of them becoming uncool within the same decade. 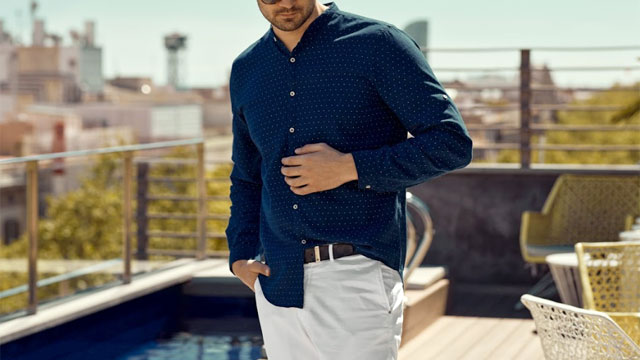 It would appear, then, that “cool” is directly bound to the trends of the time. If that were the case, however, why do people who aggressively try to be “cool” end up being “uncool”? Why does following every trend ironically make you less attractive?

It might be because all that effort hints at a lack of confidence. Maybe it isn’t the fashions of the day that make you attractive, but something more inherent. Maybe being able to comfortably express your truest self is what makes you attractive, no matter the decade.

Maybe you’re hotter when you’re chill. Being too trend-conscious, showing off, and generally trying too hard isn’t attractive. It’s being laid-back and confident about your own personal brand of cool that grabs attention.

And of course, it always helps if you’ve got the right tools to be comfortable and confident. Take Axe Ice Chill body spray, for example: not only does it keep you smelling fresh with notes of frozen mint and lemon, but it can actually help lower the temperature on your skin down by up to 11 degrees Celsius—in the Philippine heat, that’s pretty darn cool.