Are Made-to-Fade Tattoos the Future of Body Art? 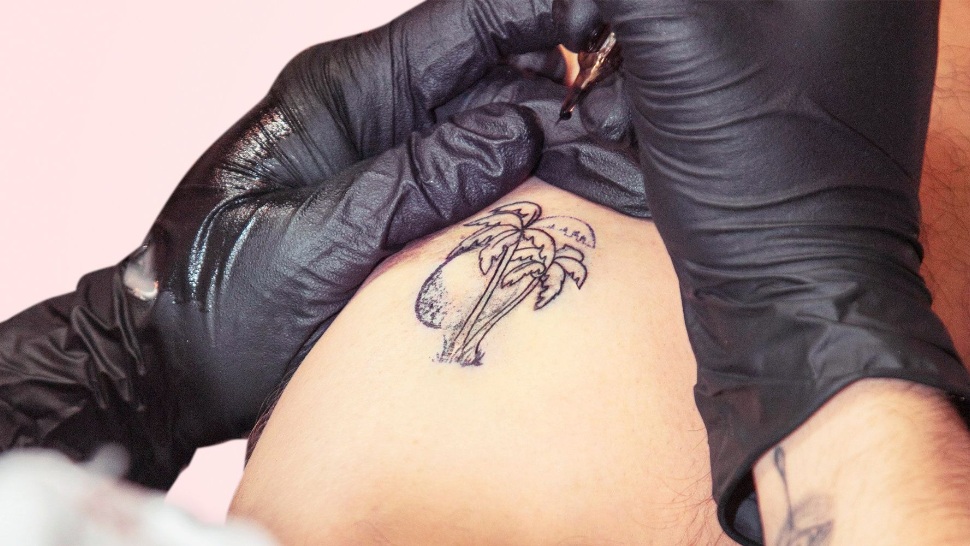 When I was little, my mom told me to never get a tattoo because if I did, I wouldn’t be able to get a job. Flash forward twenty-odd years and around 40 percent of my body is inked (and, for the record, I have a job). Generational attitudes aside, I wonder whether, if Ephemeral had existed back when I was a kid, she would have felt the same way.

Ephemeral’s first tattoo studio in Williamsburg, Brooklyn seems at first glance like any other hipster tattoo shop—neon signs, statement wallpaper, hot tattooed people walking around. But the kind of ink you get there is different. What Ephemeral provides are what they call “made to fade” tattoos. That is, for possibly the first time ever, actual temporary tattoos.

We’re not talking stickers that you transfer to your skin with water or even henna tattoos. Ephemeral tattoos look (and feel) like the real deal, but gradually fade from your skin over a period of 9-15 months until not a trace of the art can be seen on your skin. Inspired by an ex-cofounder’s horrible tattoo removal experience, Ephemeral co-founders Josh Sakhai, Brennal Pierre, and Vandan Shah spent more than five years and 60 formulations developing an ink with its own built-in removal process.

Traditional tattoos work like this: the tattoo gun injects ink deep into the layers of your skin, below the dermis and its natural exfoliating abilities, where it globs together into particles that are too big for your body’s immune system to remove on its own. To get rid of it, you need a laser that blasts those ink particles into smaller bits—small enough that your body can naturally flush it out. This process is long, painful, and can still leave you with scars.

Ephemeral ink is different. What exactly it’s made of is a closely-guarded secret, according to Pierre, but it involves “biodegradable, medical-grade” materials that naturally break down on their own. They start out large enough for the tattoo to appear on your skin, but over time shrink to a size that the body can naturally remove them. The key was developing this technology into a tattoo ink that not only looked good, but faded consistently and was easy for tattoo artists to use. “We had to have a product that transfers well, heals well and, in our case, fades well,” says Pierre. The result is that ability to create actual tattoos with hardly any commitment. Unlike the temporary tattoos of the past, Ephemeral tattoos look like the real thing and fade consistently over time until one day, about a year later, they’re gone for good.

My biggest question when I first heard about Ephemeral was, why? As someone who is well-versed in tattooing and is covered in permanent ink that will go with me to my grave, I wondered why someone would want to go through the process of getting a tattoo only to have it disappear from their skin. Tattoos are painful no matter how many you get, and getting an Ephemeral tattoo is exactly like getting a traditional one.

It turns out, there are a lot of people who would do it. “None of [the Ephemeral co-founders] have any permanent tattoos, but we’ve always been interested in the art form,” says co-founder Sakhai. “We did some research and found there are 60 million people like us in the U.S. alone.” Ephemeral was developed for them—those who have always been curious about tattoos but haven’t taken the leap for whatever reason. “About 75 percent of the clients in our studio are first timers and getting their first tattoo with us,” he says, ostensibly to try out the process without as much commitment. But traditional tattoo enthusiasts like me have signed on to the concept as well. Sakhai notes that they’ve seen tattooed clients coming in to test out new design ideas or try different placements. It’s also been a hit with artists, who are able to experiment with designs more easily and reach more clients with their art than they would have with permanent tattoos alone.

When I visited the Ephemeral shop in Williamsburg, I didn’t have a specific design in mind. I chose a small line drawing of an arrow from my artist Gusti’s flash—it wasn’t what I probably would have picked if I knew the tattoo would be permanent, but I was open to more ideas knowing it would fade. Right now, design possibilities with Ephemeral ink are limited to line drawings with minimal shading via dots and crosshatches. In other words, no colors. That’s because an important part of the Ephemeral experience is that the ink fades consistently over time so you’re not left with weird globs or half-designs. Creating colored ink that fades at the same rate as black ink is still in development. “Our goal is to get to the point where we can do everything that a conventional ink can do,” says Pierre.

Apart from knowing that the tattoo would eventually go away, everything else about the process is the same as every other tattoo I’ve gotten. My artist Gusti used a traditional tattoo gun (albeit a fancy cordless version) and the experience and pain level was no different. Even the after care is the same: washing with fragrance free soap, using a healing ointment for a few weeks and keeping it moisturized with gentle lotion. I loved that they sent me home with a bag of products to use (no running to CVS for Aquaphor) and they sent me text messages every few days to check in on the healing process and tell me what to do next.

And now, here I am months later and my tattoo still looks fresh. It healed perfectly and blends in with my permanent ink so well you’d never know it was going to start disappearing any day now. In fact, as excited as I am to see this thing fade right in front of my eyes, I’ll be sorry to see it go. According to the founders, that’s a common reaction. They say, and my artist Gusti confirmed, that it’s normal for Ephemeral clients to come back asking for permanent versions of their fading ink. But don’t hold your breath for Ephemeral to start dipping their toe into permanent ink. With new studios in Los Angeles and San Francisco—and more coming—they’re fully invested in the made to fade business. Hell, at this rate, they may even be able to change my mom’s mind.

View More Articles About:
The Player
syn-00304
cooler
More Videos You Can Watch 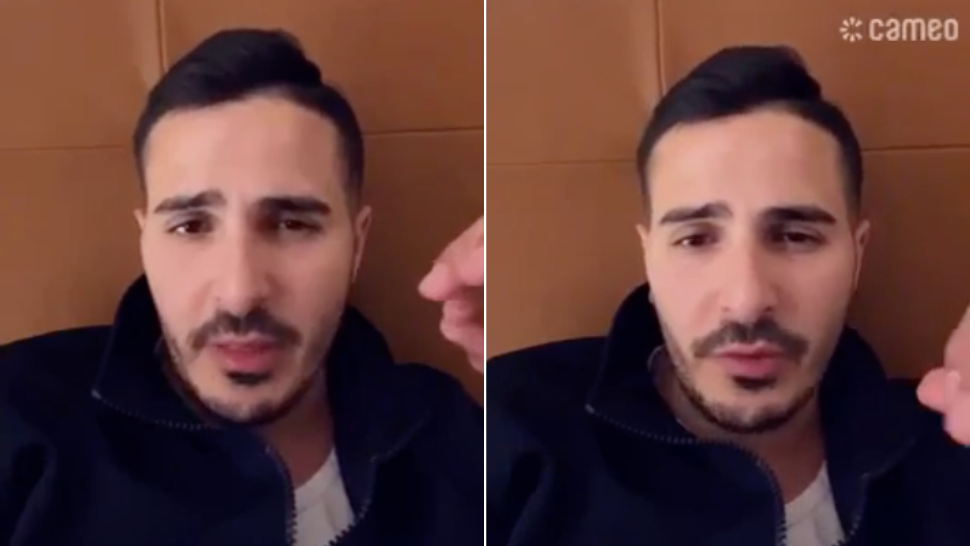 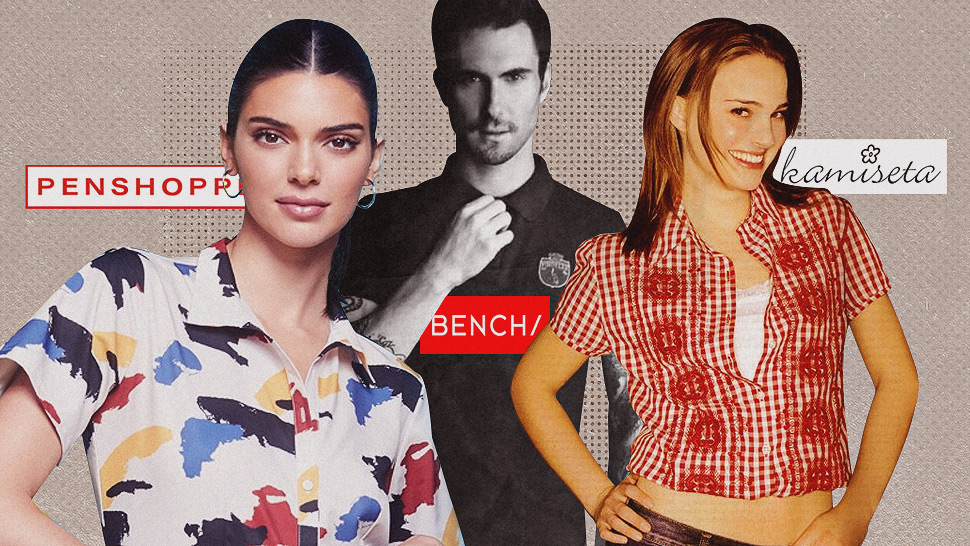