The author talks about what happened to Malorie, his opinion on the Netflix movie, and all those damn memes

In December of last year, a little movie starring Sandra Bullock hit Netflix. Within a few days, Bird Box had turned into a worldwide phenomenon, spurring a wealth of memes, theories, and a "challenge" that forced Netflix to issue a statement urging people not to blindfold themselves.

Whether you loved it or hated it, Bird Box spurred a whole cult fanbase. Josh Malerman, the mastermind behind the 2014 novel the film is based on, couldn't be happier. So much so that it prompted him to return to the same third-floor, bird-filled writing space where he wrote Bird Box. The result? Malorie—a follow-up novel due out October 1 of this year that takes place eight years after the original story's end.

Malerman video called Esquire to talk about what's been going on with the characters of Bird Box, the movie that catapulted the story to infamy, and what he made of the small changes that took Bird Box from the page to the screen.

ESQ: First off, congratulations on the movie. I know the book was doing well, but with the film coming out, that had to rejuvenate things.

Josh Malerman: The book came out in 2014, and this movie comes out and it erupts. So from my angle, it’s especially almost fantastical to see these characters I’ve been with since 2006 on the screen and in memes and on the cover of the book. It’s flattering, it’s an honor, it’s surreal… It’s really something else, man.

It’s been a while since I read the book, but there were some new characters added. Like, Jacki Weaver was added as a nurse. She wasn’t in there, right? The nurse, not Jacki.

[Laughs] No, she wasn’t. And you could almost argue that Felix (Machine Gun Kelly), and what’s her name? The women he runs away with.

Lucy! You could almost argue that neither of them is in the book either, even though the name Felix is in the book. There is difference in that way, but for me, I’m always protective of the conceit: the original idea. For me, Malorie, Boy, Girl, Tom, Don, and Gary. That’s sort of the core cast of the novel. And the blindfolds and the creature and the river and the house. And all of those elements are in the movie. Any deviation from there feels like the rules were still followed.

We wrote up some questions—some serious, some funny—about the film Bird Box, and I need these things answered from the author. What do you think is the meaning behind the changing eye ?

I think [filmmakers] just needed to indicate to the audience that “this person saw something” without them just staring wide-eyed. I think you can argue that it also indicated some kind of “enlightenment,” right? Eyes are the window to the soul, and if the color of someone’s freakin’ eye changes, clearly something profound happened, right? Wow. Now my wheels are spinning. I like that idea.

What’s your thoughts on Olympia's Disney names and, gun to head, you have to name your baby Ariel, Cinderella, or Jasmine. Which do you choose?

[Laughs] You know, it fits with her character. In the book, right after she first arrives, she says, “I would have brought cookies, but there’s a lot going on,” and she’s not being funny, but she means it. So [the list] works for her character.

Ariel. For sure. Even though Cinderella would be a fun name for your daughter.

One more: do you think Sandra Bullock white-water canoed prior to Bird Box?

I’m going to guess yes. Not just because she looked natural, but she strikes me as the kind of person that would do that.

The sequel you’re working on is called Malorie. Tell me about that.

In the time between Bird Box coming out and the time since I’ve been writing Malorie, I’ve been asked a ton of times: people want to know what happened with Boy and Girl. But as much as I care about Boy and Girl, this isn’t their story. The Bird Box world is Malorie’s story, and I wanted to know more about her. I wanted to get to know her even better. At the end of the movie, I turned to my girl Allison and said, “I want to know what happens next!” and she’s like, “Well, you know, you could make that happen,” so it really was this warm feeling.

I found out something that kind of blew me away… a house full of birds?

Well. I rented the third floor of this awesome old mansion-y house in Detroit, and I was living on the third floor and writing it up there, and I had birds. I think five of them. And it was this open ballroom space, with this desk and this birdcage and the birdcage was open. So while I was writing Bird Box, these birds would be like… literally flying around this big open space while I was writing it. Obviously, that influenced the book in certain ways.

Years later—I don’t know how to say this without sound like a politician—I just wanted to treat the first book with respect. I thought one way of doing that was returning to the same space, physically, that I’d written the first one in. I think I was in the same physical space, but also the mental space, as the first one.

When the story picks up, is it a similar location to where the story left off?

Yeah, sort of. They’ve left there. Similar in that they’re trying to make things work. It’s not like it opens with them in paradise.

Can I ask if there’s any resolution to where the monsters come from?

I totally get it.

I want to, but... I don’t want to give too much away. Let me think of a cool way to put it. I will say this: we get to know both Malorie and the creatures better. 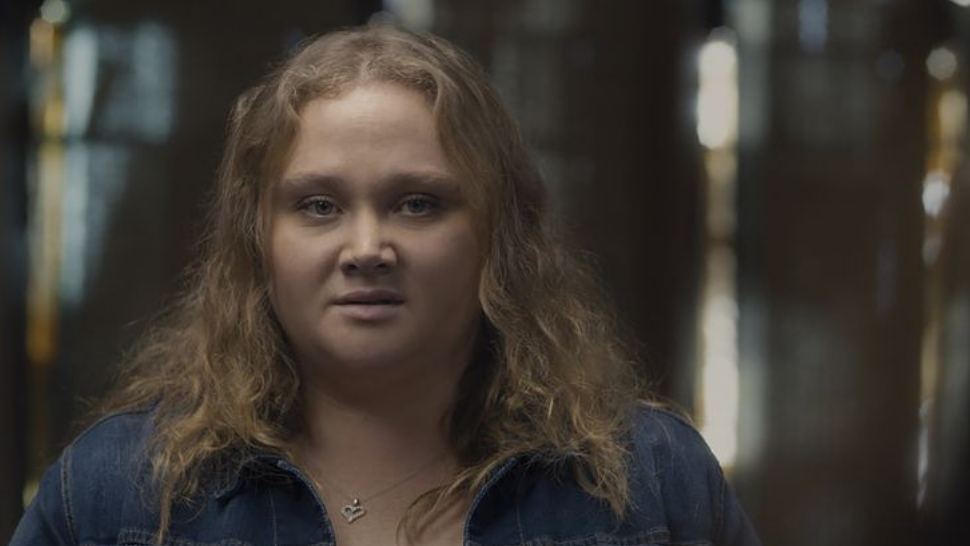 I thought it was interesting in the film that it seemed like some people had an ease with the monsters, while some were terrified at the sight. My dad has this theory about of life that if you’re comfortable with how you lived, you go in peace. If you’re not, you don’t. What do you make of that notion of peace some people had.

In the first book, obviously, it brings up the idea—I think Tom brings it up—if you’re already broken, what would be rendered insane do to you? If you’re already crazy, then are you fine? Or does it just take a longer time to reach that breaking point? That waiting time for Gary took longer because he already surfs those waters. And then you take someone like Olympia, who had an “ease” to them, and she’s also a bit—I’m trying to say this in a nice way—she’s a bit simple-minded.

One more question. You have a background in music and you play in a band. Is there any kind of Bird Box-music crossover?

You know, man. I’m looking for that window. That opportunity to do the soundcheck for one of these. I have fantasies of doing… I wouldn’t say a musical or a play of Bird Box. But some kind of horror-theatre of that world. Blindfold the audience and play the music that I’ve played for my friends. I’m always looking for that angle in that world, but I’m looking for it.