It's another massive art installation by Biboy Royong. 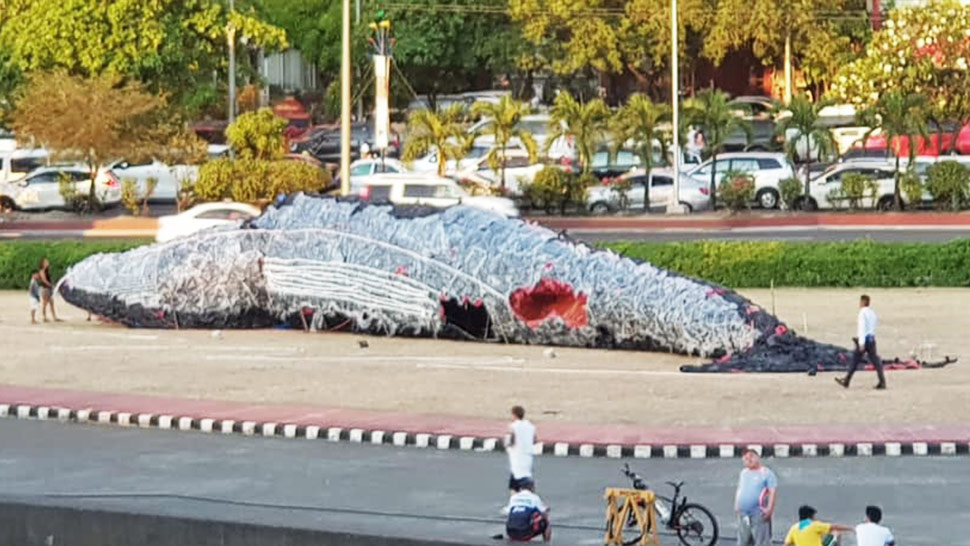 In the summer of 2017, a 50-foot "dead whale" with tons of plastic in its mouth was seen along the shores of Naic, Cavite. It was an art installation by Biboy Royong, but it's not too far from reality since the project was inspired by a 38-foot juvenile sperm whale that washed ashore on Samal Island in Davao del Norte in 2016. The marine creature died because of plastic waste lodged in its stomach. Now, the Cultural Center of the Philippines hopes to bring the message closer to home with a similar art installation, on display right on its front lawn until May 26.

"Cry of the Dead Whale," as it is called, is a massive whale-like sculpture made from plastic bags, bottles, and other kinds of waste found washed up on beaches around the Philippines. It couldn't be more apt that the piece is displayed near Manila Bay, which is notorious for the tons of trash found in its waters every year. A new element was also added for the installation at the CCP—a "dead baby whale" inside the belly of the "dead whale."

While the first installation was based on the tragic incident in Davao del Norte, the second one is a timely response to the story of a male Cuvier's Beacked Whale that was found dead on the shores of Mabini, Compostela Valley, on March 15. Marine biologist and environmentalist Darrell Blatchley said that the creature was vomiting blood before it died. Necropsy later revealed that about 40 kilos of "rice sacks, grocery bags, banana plantation bags, and general plastic bags" were found in its stomach.

On April 1, a female sperm whale washed ashore in a tourist spot in Italy. There were also 22 kilos of trash found inside its body and it was carrying a dead fetus. "She was pregnant and had almost certainly aborted before (she) beached. The fetus was in an advanced state of composition," Luca Bittau of SeaMe group told CNN. "This was how the exhibition became titled 'Cry of the Dead Whale,'" Royong says.

"The installation is our statement for eARTh Month," Cultural Center of the Philippines (CCP) Artistic Director Chris Millado tells SPOT.ph. eArth Month is the cultural institution's way of raising awareness about environmental preservation through art. When the CCP saw the "dead whale" installation in Cavite, they knew that Royong, who is also Dentsu Jayme Syfu creative director, was the right man for the job.

"I proposed [that we replicate] the 'dead whale' and they approved it," Royong shares. The previous piece was Dentsu Jayme Syfu's creative campaign for Greenpeace Philippines. "With [their] permission I was able to bring this here," the artist adds.

"The 'dead whale' has gone beyond what people might say a simple stunt, or just an ambient gimmick. It is a powerful idea that has been executed through pure hard work and dedication and launched during a critical time for the country and therefore, has garnered the most effective and relevant results," Merlee Jayme, chief creative officer of Dentsu, said in a press statement.

Royong says that the additional "dead baby whale" is a representation of millennials—"the generation that will inherit the future of our oceans." The piece, as massive as it is, aims to jumpstart discussions on whether generations to come would still get to enjoy or experience the wonders of the ocean.

Now that the "dead whale" is found along a busy road in Metro Manila, the CCP and Royong are hoping that it will convince everyone to stop littering once and for all.

“Cry of the Dead Whale” is on display at the Cultural Center of the Philippines’ front lawn until May 26, 2019. For more information, visit CCP’s website. 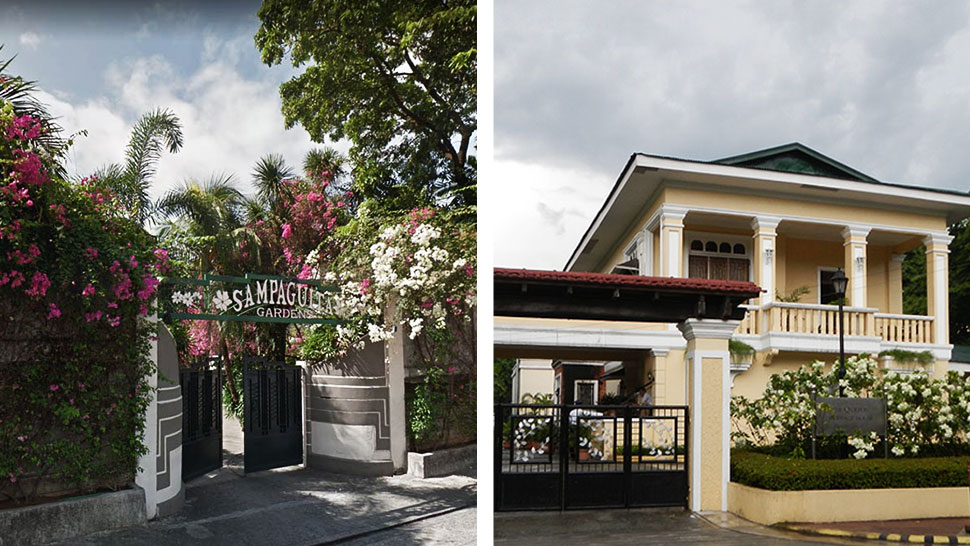 A History of Prominence: The Heritage Houses of New Manila
All Photos
Comments
View As List