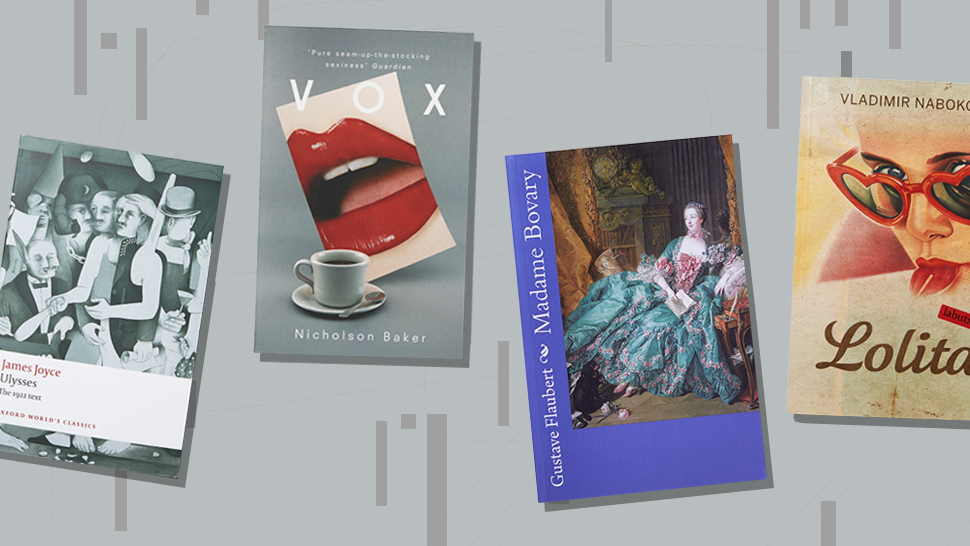 As a novelist, I have to believe it's a good thing when people read for fun. In this case, a popular book—the Fifty Shades trilogy—has alerted us that plenty of people are relaxed about grown-up, consensual, sadomasochistic activity. It's reminded us, too, of a female appetite for strong sexual fantasy, precisely described. As the child of an era when "dirty books" seemed a male preserve, maybe I ought to regard this as a gain for civilization.

Frenchwoman Anaïs Nin began composing erotica in the Forties just for a bit of spare cash. But Nin came to see that in a male-dominated field she could innovate, "using a woman's language, seeing sexual experience from a woman's point of view." Nin's sexual stories are tooled not just to work readers into a lather but to make them feel the fast-changing currents of that excitement. Gratification is elegantly delayed: it doesn't come too quick. And maybe that tells us something about gender-differing experiences of sex and fantasy. The woman's way seems to have more finesse, fluency, hidden nooks and folds.

Men prefer their filth served up straight-no-chaser: knocked out by men for men with similarly short attention spans, focused on stand-out female attributes of which males seem never to weary.

Conversely there's a sense that men prefer their filth served up straight-no-chaser: knocked out by men for men with similarly short attention spans, focused on stand-out female attributes of which males seem never to weary. (As the narrator of Kingsley Amis's That Uncertain Feeling ponders, "Why did I like women's breasts so much? I was clear why I liked them, thanks, but why did I like them so much?")

Nowadays, the internet offers an unexpurgated visual history of human sexuality to any schoolboy who can get past his parents' inadequate blocking procedures. In my day, though, lads seeking an adult suggestion of how to "do" sex still depended to a big extent on certain well-thumbed bits of bestselling paperbacks. To wit: the wedding scene in Mario Puzo's The Godfather, where Sonny Corleone's "blood-gorged pole of muscle" is gratefully received into the "wet, turgid flesh" of bridesmaid Lucy Mancini. In point of elegance, this seems to me far short of what Anaïs Nin called "the joyous, joyous, joyous impaling of woman on man's sensual mast." 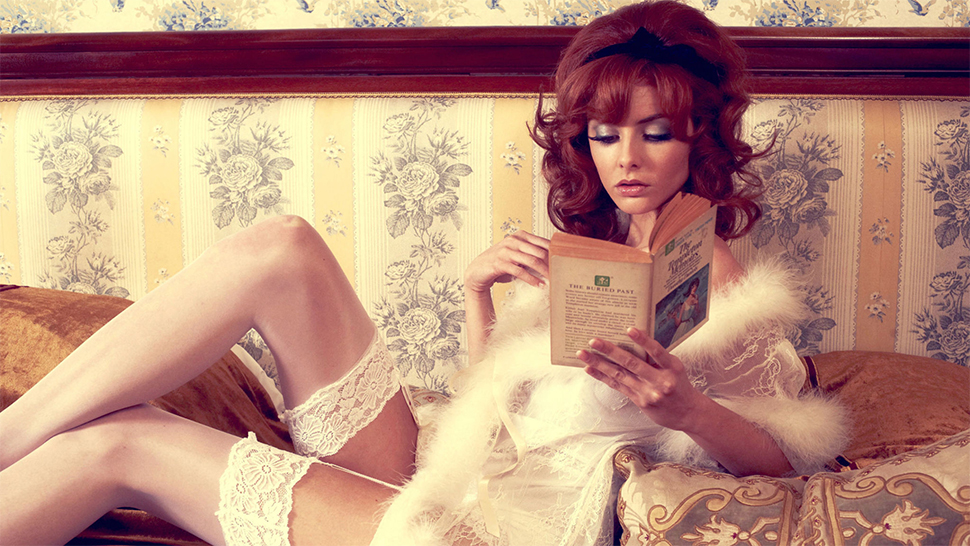 So, yes, male writers have done it badly at times; but so have women. And writing about sex is hard, since the joy of the act, as noted by John Cleland's Fanny Hill (whom we will meet shortly), "is poetry itself." I believe it's worth standing up for good, sexually explicit literature, and remembering, too, that writers have been sexual adventurers as well as self-abuse merchants: going boldly to combat prudery, ignorance and repression, at the risk of infamy and censorship. There is an elite corps of male writers who have distinguished themselves, and in their honor I offer the following selection of 10 great X-rated novels; a private library, or top shelf, if you must. Within these collective pages you will find true carnal knowledge and a reminder, per Woody Allen, that the deed is only dirty if you're doing it right. 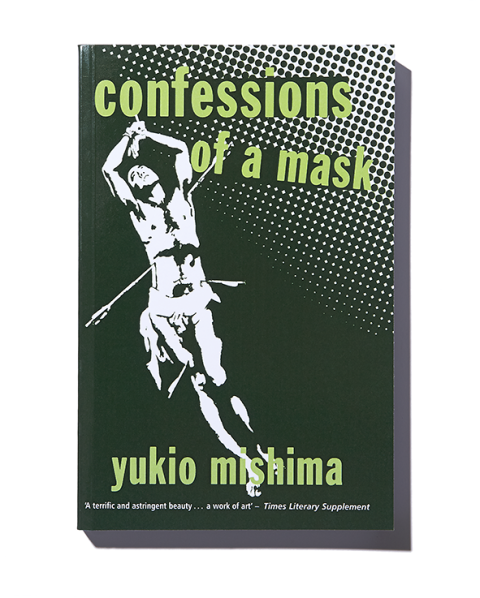 It's not just bookworms who celebrate each 16 June as Bloomsday, the day in 1904 over which the action of Ulysses unfolds as Leopold Bloom scuttles around Dublin. For Joyce, though, there was personal significance in that date—being the day he received the first of many loving hand-jobs from the woman who became his wife, Nora Barnacle. 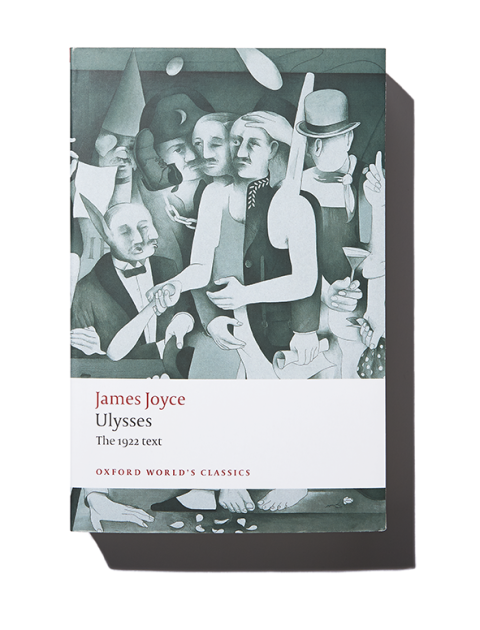 Not for nothing did critic Christopher Hitchens describe Ulysses as a "mastur-piece": a significant portion of Leo Bloom's day is seen to be about finding time and privacy to rub one out. And in the book's celebrated climax his wife Molly, alone in bed, amuses herself via a meandering mental reliving of her sexual history (the latest being "Blazes" Boylan, with his "big, red brute of a thing" and the "tremendous amount of spunk" in him.) When it crosses her mind that "it'd be much better for the world to be governed by the women in it" we might read this as a prescient bit of Joycean feminism. But one might also detect wily old Joyce playing to a gallery of imagined female readers, hopeful of receiving a warm hand.

Here's a book more often scoffed at than read, easily caricatured as a horny-handed story of posh-bird-meets-bit-of-rough. Constance Chatterley does indeed get a sexual education from gamekeeper Oliver Mellors, to whom she turns since her war-wounded husband can no longer do the deed. 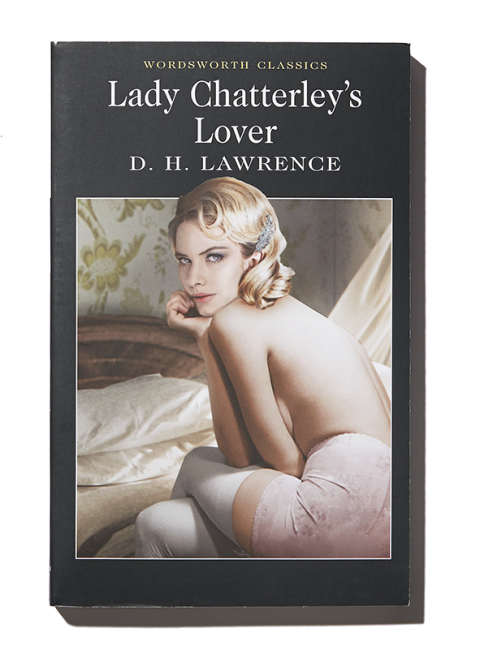 Lawrence was brave in writing about sex, and he suffered for it. The Rainbow (1915), wherein he dared to treat a lesbian relationship, was successfully prosecuted and half its print run burned in public. Lady Chatterley didn't appear until 1960, instantly landing its publisher Penguin in an epochal obscenity trial where barristers fought with literary critics as to whether Lawrence was sufficiently "reverent" when he extolled "the weight of a man's balls." But Penguin won the case, after which even Fanny Hill was published properly at last. We all owe Lawrence a debt.

Nicholson Baker was a writer of technical instruction manuals before he turned to fiction, and his image is more boffin than pornographer. Baker has, though, become the thinking person's smut merchant on account of books such as 1994's The Fermata (about a man who can freeze time, and then does exactly what you'd imagine), and 2012's House of Holes (say no more). Baker's best and most delightful filth, though, is Vox. 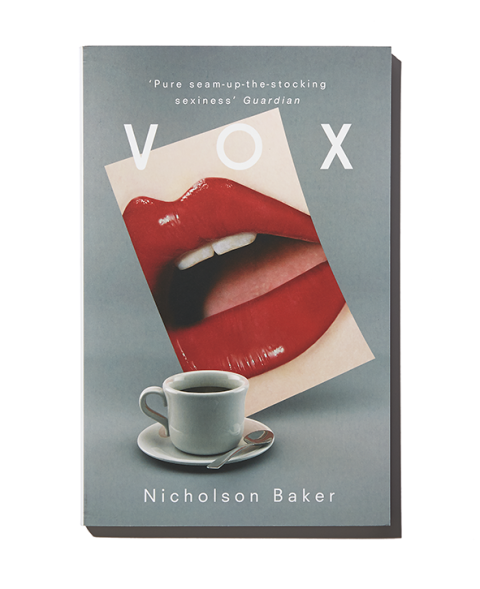 "Am I too sexual? I sometimes think I am obsessed by it." So writes Lisa Erdman, fictional patient of Sigmund Freud in this lush, harrowing reflection on his legacy. Freud tried to show us what strange creatures we are, as sceptics accused him of having sex on the brain. Freud's strangest suggestion was that we desire death as much as we lust for life. The White Hotel—presented as documents in the case of Mrs Erdman from Freud's Vienna clinic circa 1919—marries sex and death as few books dare. 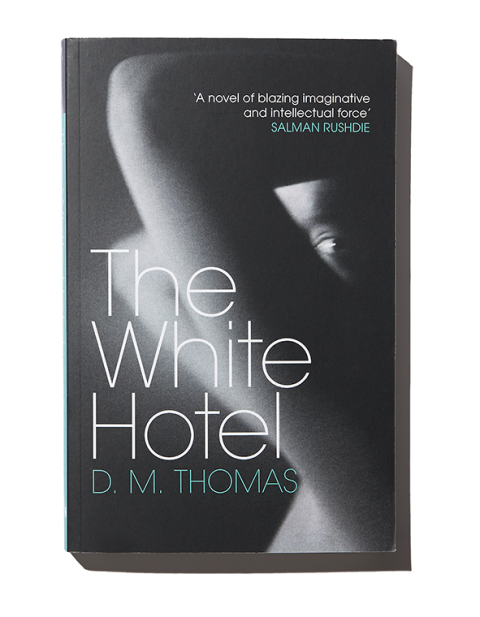 Lisa is suffering pains in her abdomen and breast; also hallucinations triggered by the thought of sex. She shares with Freud a long poem that even the doctor considers "pornographical." What Freud cannot foresee, is that Lisa is suffering a kind of clairvoyance with regard to the awful fate that will befall her once the world is again convulsed by war.

Martin Amis spoke for us all when describing what drew him as an adolescent to Lolita: "You'd go at it in the way you'd go at Lady Chatterley and you'd be told which page to read..." But what young Amis actually discovered was the same as the rest of us do when lured for the same reasons: few cheap thrills but, rather, one of the great first-person voices in literature. Humbert Humbert is a suave, conceited pedophile who persuades himself he is a connoisseur of "girl-children" he calls "nymphets" ("those lovely, maddening, thin-armed nymphets"). But having ruined the 12-year-old Lolita, Humbert understands that he is a despicable stealer of childhood. 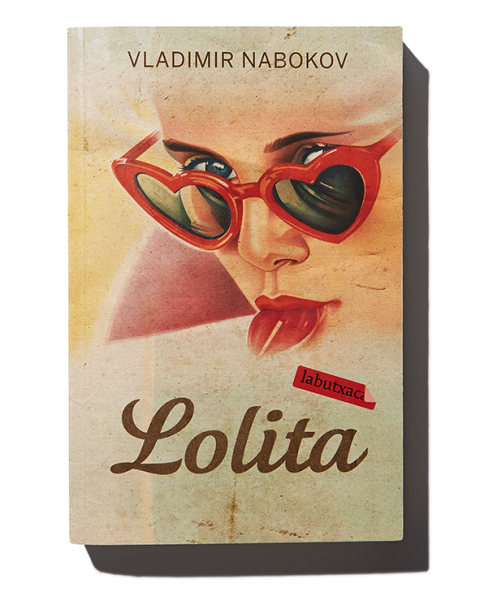 Nabokov did like a bit of naughty: he subscribed to the French skin mag Oui, and cast an approving eye over scandalous novels. His wife Vera, though, took a firm line on indecent literature and really didn't want such stuff in her house. One's mindful of this now with regard to Lolita: indubitably one of the great novels but one that some parents might not care to keep under their roof.

The infamous Emma Bovary put the man who made her in front of a French judge, accused of "outraging public and religious morals." Thankfully, Flaubert got off. His great novel charts the ill-fated infidelities of a bored doctor's wife in provincial Normandy. And when American writer Lydia Davis published a new translation of Bovary in 2010, it was extracted in Playboy, the magazine proclaiming its tribute to "one of literature's most celebrated sinners" next to a spread of Kelly Brook in nothing but patent heels. 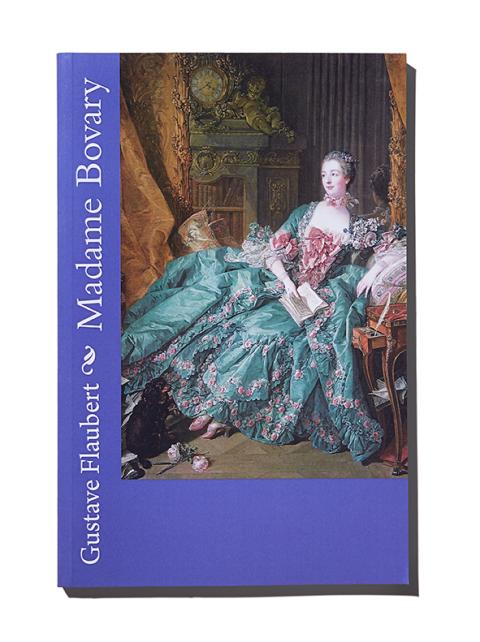 "Silence was everywhere; something mild seemed to be coming forth from the trees; she could feel her heart, which was beginning to beat again, and her blood flowing through her flesh like a river of milk." You can't say that's not fine writing, that you don't feel yourself under that woman's skin in that moment. "Madame Bovary, c'est moi," Flaubert famously claimed. Me too.

This prime French filth found new fame 70 years after publication when Björk told fans she'd loved the novel ever since a boyfriend passed her a copy. "I might just make it my mission to make everyone in the world read this book," she enthused. 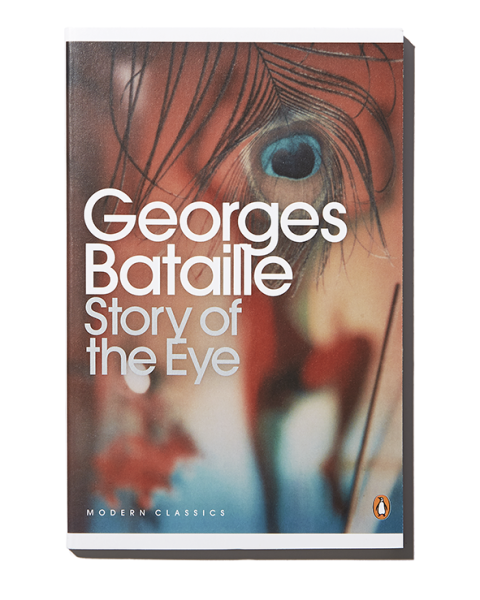 But Bataille will never be everyone's tasse de thé. With Story of the Eye—in which a nameless adolescent narrator is led by his girlfriend Simone on a veritable odyssey of obscenity—we enter the realm of the European avant-garde: the ingenious use in love-play of hard-boiled eggs and bulls' testicles. ("The worst sin of all," Simone informs a priest, "is that I'm tossing off while talking to you.") A lapsed Catholic, Bataille came to the view that if God is dead then everything is permitted: we're all going to the same grave and sex is a mere diversion, one whose resemblance to death might be insufficiently appreciated.

Fanny Hill: Memoirs of a Woman of Pleasure by John Cleland (1748)

Fanny Hill is rated by literary critic George Steiner as a novel "in which any sane man will take delight." Censors pursued the book for many a year—it was tried for obscenity in the U.S. as recently as 1963—but Fanny has won through. The story of an orphaned harlot who ends up married after various bedroom adventures, Fanny Hill was published while Cleland was in debtors' prison. 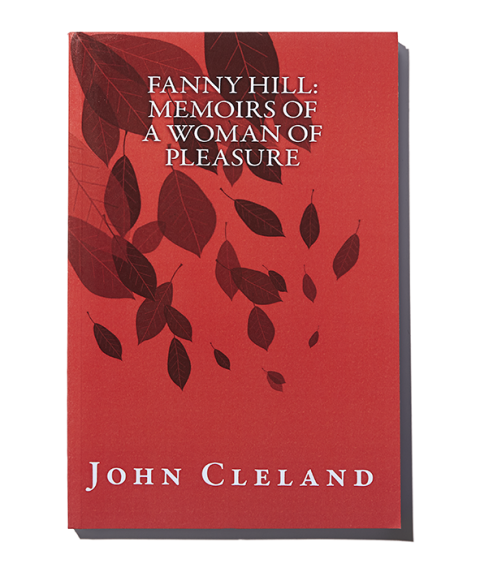 The novel offers us lesbianism, orgy, sodomy, even a taste of the whip, but above all Cleland is full-blooded about bodies, genitals in particular. Fanny describes penises she has known: "the engine of love-assaults", a "stiff, staring truncheon…rooted into a thicket of curls." But Cleland maybe reaches his peak in Fanny's eulogies to her own "pleasure-thirsty channel…the red-centred cleft of flesh, whose lips vermillioning inwards, expressed a small ruby line in sweet miniature." Vermillion as a verb is bloody good; and there's something heart-warming about private parts displayed at their best while still doing the thing they were made for.

As Martin Amis observed, for Updike the "textural contrasts between your first and second wife's pubic hair" are precious material as they are for few other authors. Updike made himself the poet-chronicler of the U.S. 'burbs; and Couples is his epic of suburban adultery. 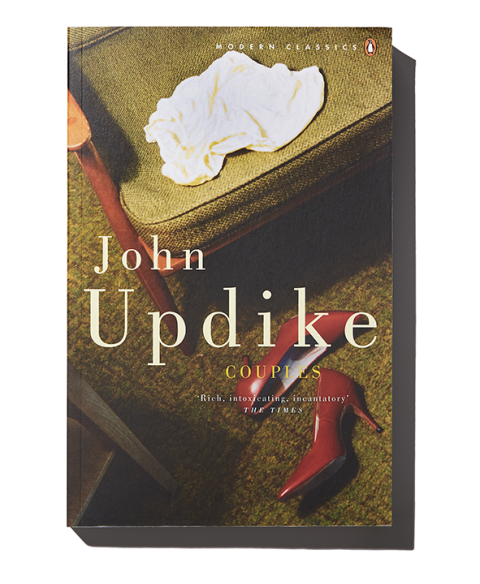 Everybody in the novel is at it, because they can. (The first time building contractor Piet Hanema cheats on his wife Angela, with her friend Georgene, he's reassured they won't make a baby when Georgene drolly announces, "Welcome to the post-Pill paradise.") But Piet often prefers not to take any chances; so when he moves from Georgene to his friend Ken's wife Elizabeth, he devotes a fair amount of energy to oral-genital congress, attributing a nobility to the act that only a writer as dexterous and cunning as Updike could hope to smuggle past a reader: "We set our genitals mating down below like peasants," Piet muses, "but when the mouth condescends, mind and body marry. To eat another is sacred. I love thee, Elizabeth, thy petaled rankness, thy priceless casket of nothing lined with slippery buds…" 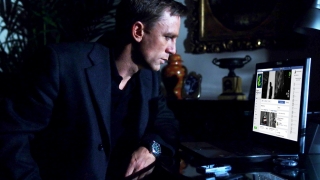 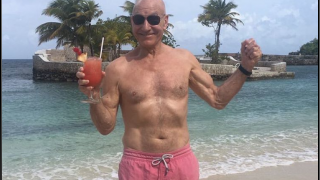