God Looks Like a Cross Between Chris Pratt And Elon Musk, According to Some Christians 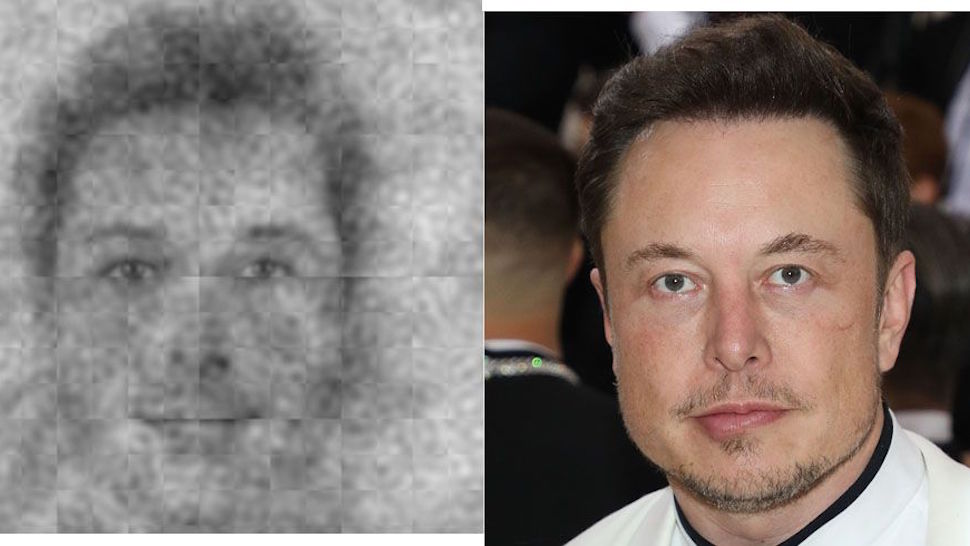 God looks a lot like a man who sarcastically sells flamethrowers and fired a car into space, according to American Christians.

A study published on PLOS One surveyed 511 Christians to find out what they imagined God's face to look like. It found that the idea of an old man with a big white beard - your classic God - is out, and that a slightly frightening amalgam of Elon Musk, Chris Pratt and a well-meaning Greenpeace activist smiling through the glass in your nan's front door, is in.

That's God on the left there. By contrast, you'll note that the face on the right is a) miserable, b) utterly chinless and c) also lurking in your nan's porch. That's the face which the respondents said looked least like God.

So how did the researchers come up with those faces? They used a new technique called 'reverse correlation'. Basically, a face which has been made up to represent the collective demographics of age, race and gender of the United States is randomly overlaid with 'visual noise'. Respondents are presented with two faces and are asked to choose which face looks more like what they imagine a certain person to look like: a firefighter, or a Trump supporter, or the divine creator of the universe, for instance.

In this study, each respondent compared about 300 pairs of faces. The researchers behind the study concluded that, slightly unsurprisingly, people were inclined to think God looked a bit like them. However, there was a political slant to their responses too.

"In our sample of 511 American Christians, participants’ political conservatism and egocentrism shaped how they visualized God, consistent with past literature on how motivation and cognition influence views of God," the report says. "Specifically, conservatives visualized a more powerful-looking God whereas liberals visualized a God who looked more loving."

"Participants also visualized a God who looked like them in terms of age, attractiveness, and, to a lesser extent, race; they did not, however, show egocentrism in terms of God’s gender."

This Map Shows That Help for Depression Isn't Too Far Away