Sergey Platonov's photo is now the most "liked" post on the entire internet... and he has no idea why. 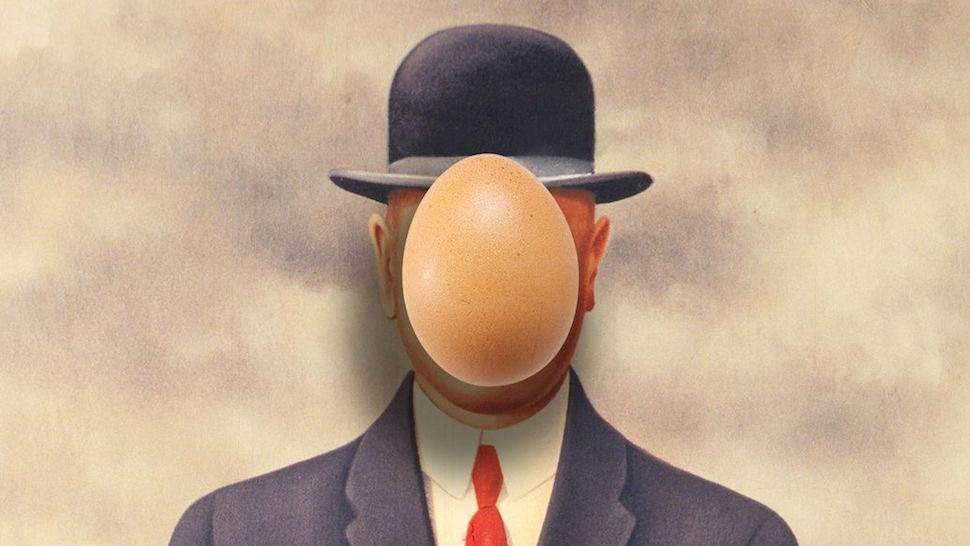 Sergey Platonov has no idea why so many people like a photo of an egg. It's a fair question to ask, because Platonov is the photographer who shot what is now the most-liked image on the entire internet. But he isn't taking any credit for his photo's viral success.

"I do not really understand what people like in this egg," he told me in an email on Tuesday. "Instead of this photo, there could be any other one, and the effect would most likely be the same."

Platonov is involved, unknowingly he said, in one of the internet's greatest mysteries. On January 4, someone started an Instagram account called @world_record_egg, where he or she or they posted a single photo: an egg. By January 14, that post surpassed a picture of Kylie Jenner's daughter to become the most-liked Instagram post of all-time. And just a day later, the egg had over 42 million likes—more than any post, anywhere online, ever—and that number just keeps growing. While who exactly is behind the account remains unclear, Esquire was able to track the photo itself back to Platonov.

Our conversation on Tuesday took place only over email, and he seemed hesitant to reveal too much information about himself, such as where he lives or his age. (When an Esquire photo editor first reached out to Platonov he responded in Russian, but later communicated in English.)

But here's what he did tell me. Platonov is a stock photographer, which means he makes money every time a person or an organization licenses his images through sites like Shutterstock or Adobe, where copies of his egg image live. A sudden increase in licensing for this particular photo is how he ended up discovering that his egg had become an internet phenomenon. Platonov told me he doesn't know who's behind the account, which has even started selling merch based on its own success.

Unlike many photographers, who typically use social media to showcase their portfolio and perhaps even find additional work, Platonov said he's on Instagram and other platforms simply to enjoy the images. "I often come across excellent photos on social networks," he said. "I myself do not conduct any activity in them ... I think the value of 'likes' is exaggerated."

Regardless, Platonov, who's been shooting professionally for the past seven years, seems to be amused by the experience, calling it "fun and instructive."

And as for how he'll take his eggs in the future?