What's next for these colorful vehicles? 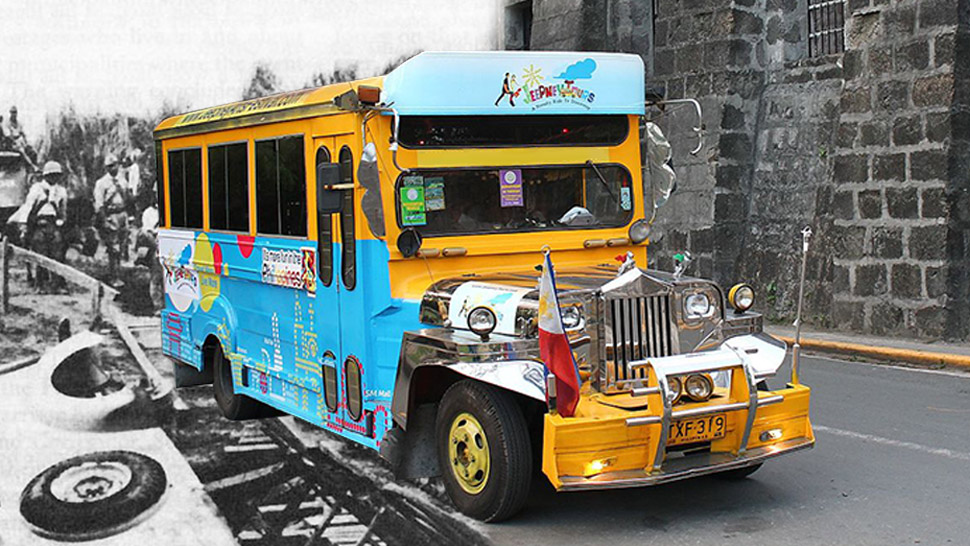 Jeepneys in the Philippines: kings of the road, undeniable icons of Filipino culture, and perpetual environmental and political headliners.

Nowadays, jeepneys get a bad rep for their structural problems—the lack of safety features and non-environmental exhaust—as well as their drivers' unruly behavior. With these issues, it's easy to forget that these loud and colorful tinsel-on-wheels is a symbol of our economic history. 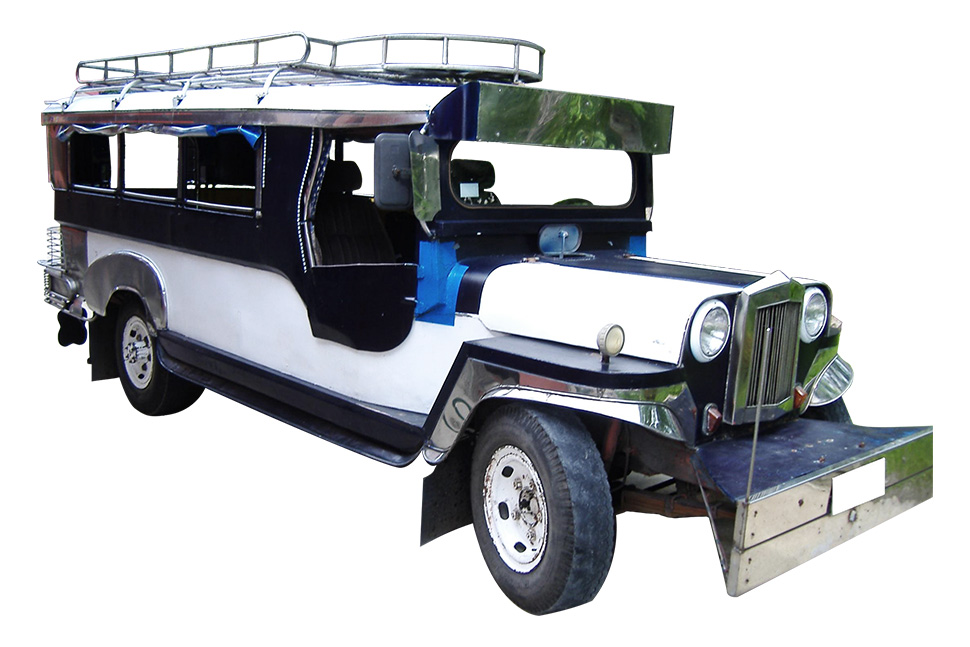 The history of jeepneys in the Philippines

Jeepneys are actually a much newer invention than we realize. One could say that the auto-calesa is the jeepney's ancestor that started it all. Back in 1910, when the country's automotive industry was beginning to boom, 22 cars were imported and rented to Manila commuters for P2 an hour. It was a cheaper alternative to the P6 to P8 rate of garage vehicles.

This taxi prototype was a reliable way to get around until another mode of transportation took over in the '20s. The new vehicle was based on the German DKW transporter, a chassis connected to a carriage. By the mid-’30s, U.S.-based Bacharach Motor Company improved this design by installing 2x2 seating at the back of an Austin Bantam car. Though still branded as an auto-calesa, its revised design allowed passengers to enter and exit the vehicle easier. 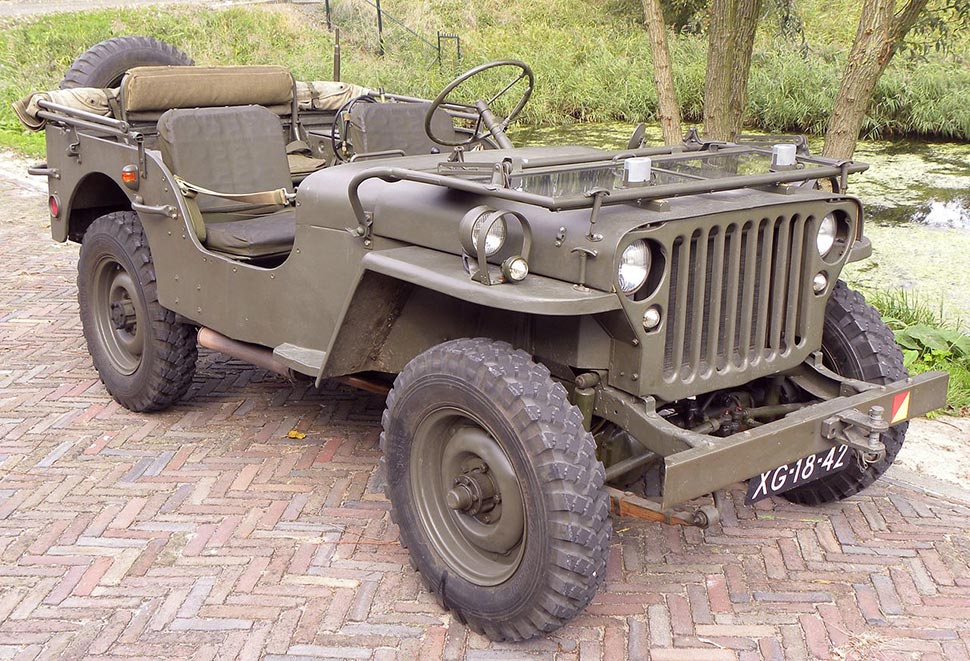 After World War II, there were very few functioning vehicles left due to the destruction brought upon by the battles fought in the country. And anything that moved was used to the limit: sabit became a norm at this time.

In 1946, surplus military jeeps and other weapon carriers were sold to private corporations. Two rows that seat around 10 passengers each were installed in these vehicles. This was the "primitive" design of jeepneys in the Philippines and everything developed from there.

In a decade, the design was refined by companies like Perkins, Peugeot, and Mercedes-Benz—the chassis was eventually lengthened, the engine was changed, and most of these vehicles switched to diesel.

Aside from the technical makeup of the vehicle itself, another facet of the jeepney that evolved throughout the decades was the art. Philippine jeepney art has become so characteristic of local culture that fonts have taken inspiration from it.

In the ‘40s, body colors were usually just in one tone. During the ‘50s, two- and three-toned bodies became the norm. Fenders were also replaced with fins, big bumpers, and grille scoops while body moldings and other steel decor adorned the rest of the jeepney.

Jeepneys in the Philippines became a full-fledged enterprise. Sarao Motors, which began making them in 1953, made its mark by producing top-quality and world-class jeepneys that attracted the attention of curious Westerners. 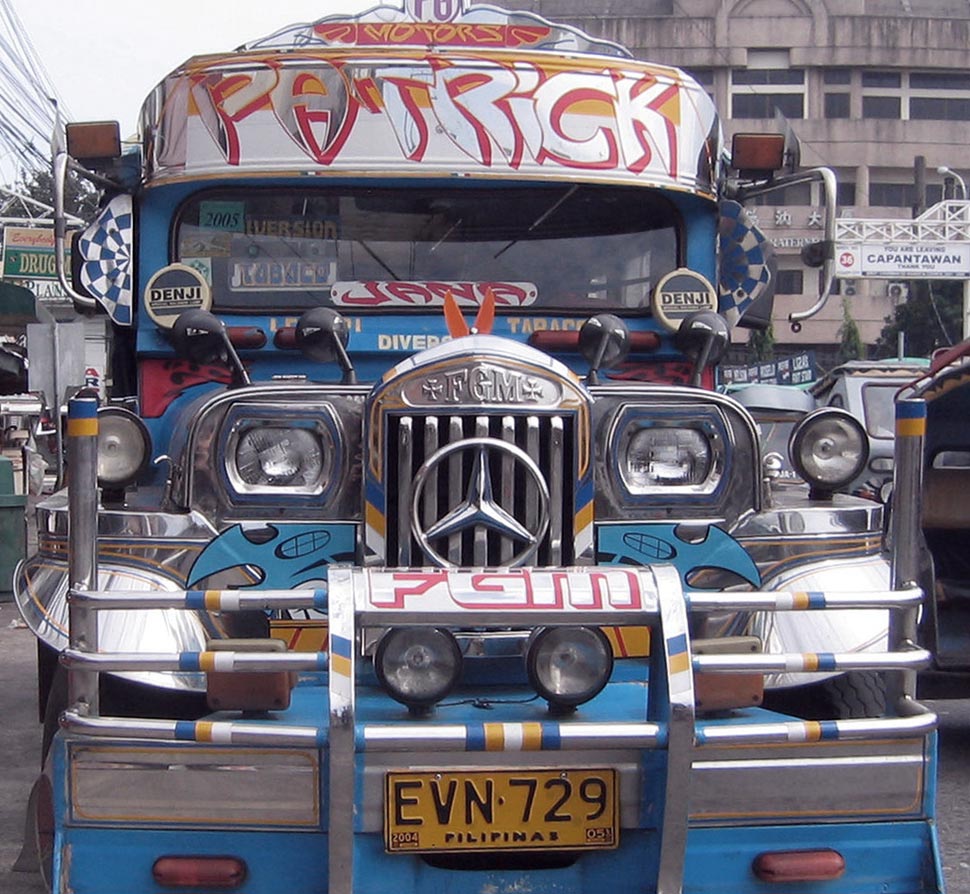 Soon, Sarao Motors was shipping jeepneys overseas to be displayed in tourism exhibitions in places such as London and New York. Because of this, Sarao Motors became instrumental in making jeepneys a recognizable Philippine cultural icon.

The mod and psychedelic styles of the ‘60s and ‘70s reflected in the design of jeepneys in the Philippines. Loud colors and kitschy decor became the signature look. Hood ornaments, side mirrors, hub caps, and stainless steel body panels replaced the old parts. It was also in the late ‘60s when witty signs inside the jeep such as “God knows Judas not pay” started appearing. In the ‘80s, more manufacturers opted for locally made wheels and horns; spot lamps were also added to the already decked-out jeeps.

It was usual for drivers to decorate the panels with religious icons, beautiful sceneries, TV and movie characters, family members, and more.

Undeniably, these vibrant jeepneys became a symbol of Philippine transportation and miniature versions are even being sold in souvenir shops for both balikbayans and foreigners alike.

The modernization and environmental efforts

Today, 180,000 franchised jeepneys serve 40 percent of the commuting public. They are still the cheaper alternative to buses, ride sharing apps, and trains.

They have been criticized, however, for contributing to the traffic and air pollution in the country, especially since jeepneys in the Philippines rely on diesel. Their safety has also been called into question because of their lack of seatbelts and use of scavenged parts that may cause malfunctions. 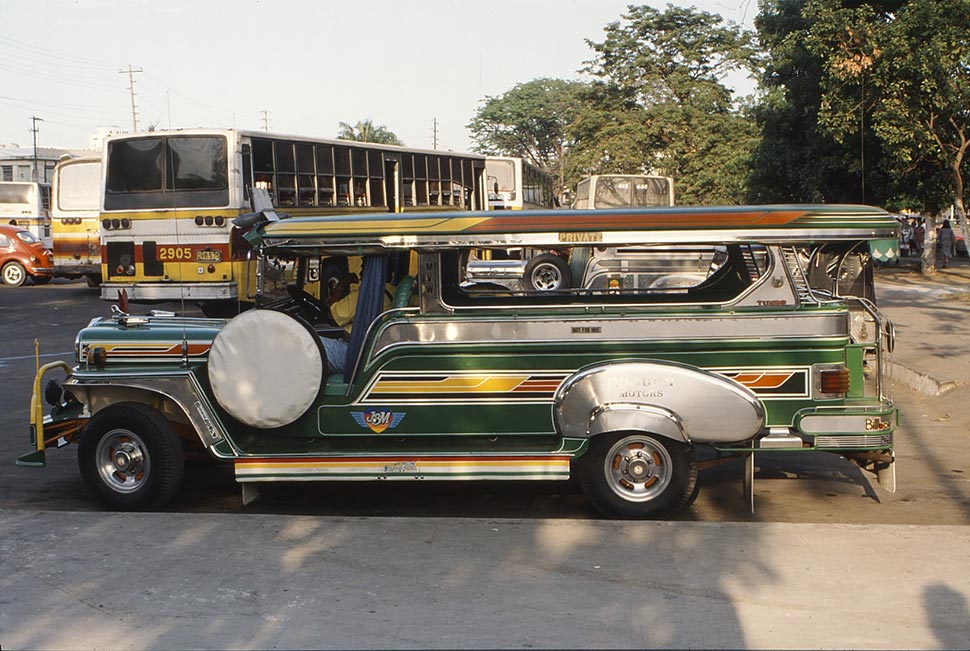 The administration has continuously updated its regulations on PUVs, including the size of the vehicle, accessibility, and engine quality. Its most recent development, in January 2018, is to retire vehicles that fail to meet the legal standard. Since many low-income jeepney drivers could not afford to upgrade their 15-year-old vehicles, this modernization scheme threatened their livelihood.

A series of transport strikes in 2018 forced local governments to suspend work and classes but the the Department of Transportation, in a statement, said that there is no stopping the PUV Modernization Program, which was “long overdue.”

In the same year, the government prepared loans for the acquisition of new vehicles for drivers who may not otherwise afford them. In case this doesn’t work, an alternative to the jeepney was also proposed—mini-buses that do not resemble jeepneys but were inspired by transport vehicles from developed countries. These new entrants, costing P1.6 million, boast solar panels, speed limiters, ramps, seatbelts, CCTVs, GPS, Wi-Fi, and a dashboard camera.

Aside from these modifications, the system of hailing these modern jeeps will also be changed. Currently, one can hail jeepneys anywhere along the road and anyone can get down at any point, too. To pay, a passenger hands over his fare to fellow passengers until it reaches the driver. With the new system, there will be formal ticketing and specified drop-off points. The goal is to also alleviate the worsening traffic situation in the Philippines.

Will these new transport machines take over jeepneys? Is the new system the answer to mitigate the growing traffic in metro? Or will jeepneys, survivors of a world war, prevail like before? 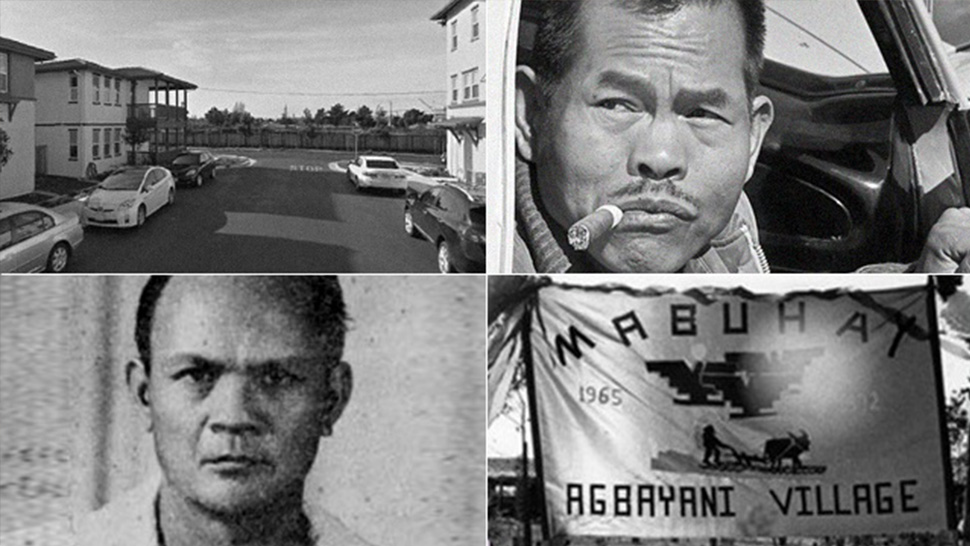 Did You Know That These Places Around the World Were Named After Filipinos? 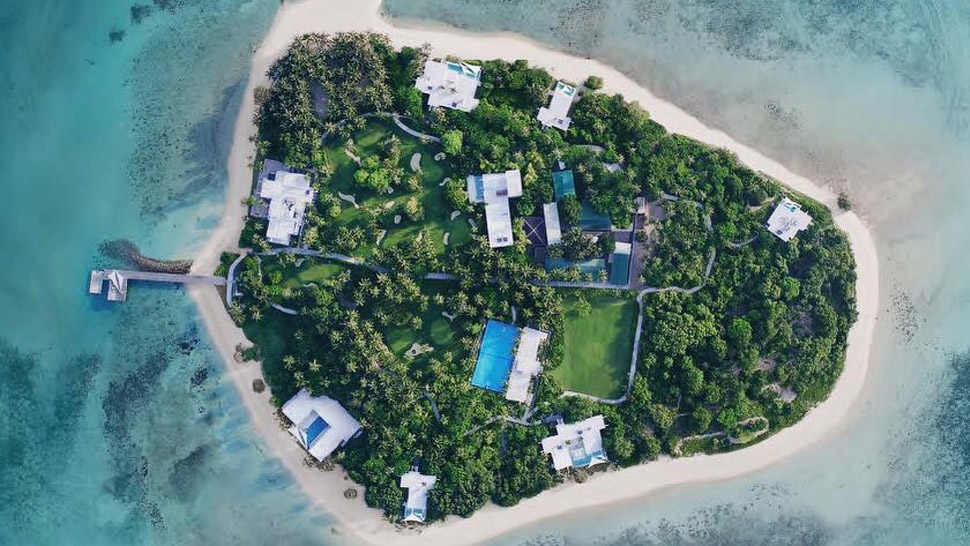 Look: The World’s Most Expensive Resort Is in Palawan
All Photos
Comments
View As List