The founder and chief executive of Amazon.com surpassed Bill Gates but fleetingly.

Following a surge in Amazon shares Thursday morning, the net worth of company founder Jeff Bezos has skyrocketed to $91 billion. Bezos then overtook Microsoft founder Bill Gates, 61 and worth $90 billion, as world's richest man.

The 1.6 percent jump in Amazon.com shares added $1.4 billion to Bezos's net worth, which was exactly what he needed to overtake Gates on Forbes' real-time list of billionaires. While Gates has been at the top of the Forbes ranking for 18 out of the last 23 years, Bezos, 53, is a newer addition, first appearing on the list in 1998, one year after Amazon went public. At that time, the company was worth about $1.6 billion, only a fraction of Bezos's current personal wealth.

According to a filing report with securities regulators back in April, Bezos owns almost 17 percent of Amazon. In addition to his ownership of the Washington Post and the rocket company Blue Origin, Bezos also sells about $1 billion worth of Amazon stock each quarter.

However, by the time the market closed later in the day, Amazon stock had then dropped down to $1,046, quickly pulling down Bezos out of the top spot. According to another Forbes report, he ended the day with an $88.7 billion fortune. Still huge, but not enough to sustain the lead.

As most of us know, Gates obtained most of his wealth from Microsoft, of which he owns approximately 191 million shares, or about 2.46 percent of the company's stock. While Forbes considers the extensive assets Gates holds through his Cascade Investments in public companies and real estate, the publication does not account for his contributions to the Bill & Melinda Gates Foundation when doing their wealth calculations.

In August of 2010, Gates created the Giving Pledge, alongside Berkshire Hathaway CEO Warren Buffet, which encourages billionaires to give at least half of their wealth to charitable donations. By the end of 2016, Forbes noted, Gates had given away over $31.1 billion over the course of his lifetime.

Though Bezos has not signed the pledge, the Amazon founder had given approximately $100 million to charity by the end of 2015. Bezos would be nowhere near the wealthiest man in the world if Gates hadn't given so much of his fortune away.

About The Author
Chanel Vargas
View Other Articles From Chanel 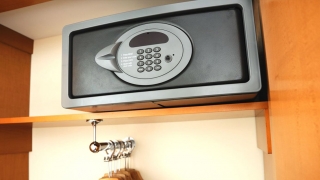