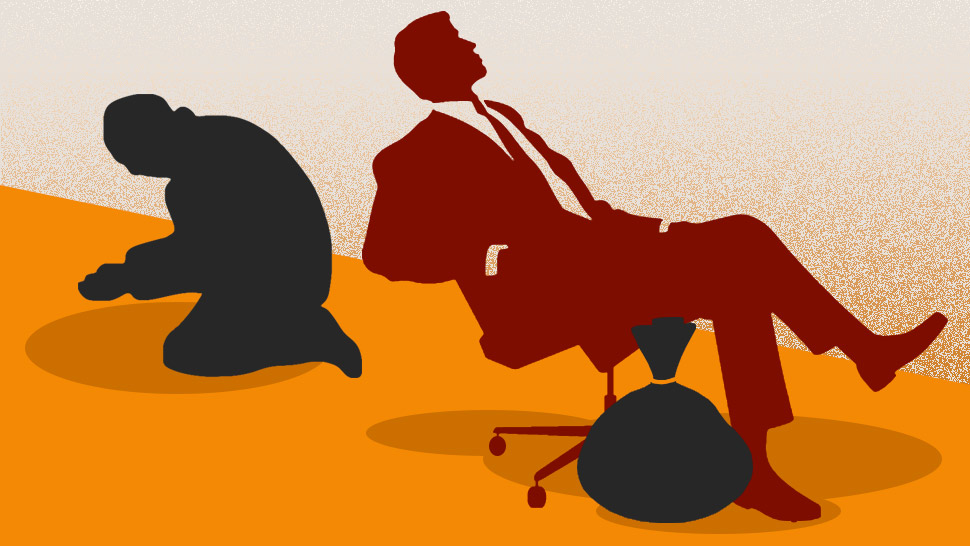 Earthlings made a lot of money in 2017, but 82 percent of all that glorious wealth went to just the richest one percent of the global population, says a report by Oxfam released yesterday. On the other end of the spectrum, 3.7 billion people—the poorest half of the world—did not see any benefits from this new wealth at all.

There were more billionaires created last year than ever before in history, with one being made every one or two days. “This huge increase could’ve ended the global extreme poverty seven times over,” says Oxfam in their report.

Oxfam, an international confederation of charities, released the report titled Reward Work, Not Wealth to coincide with the annual World Economic Forum in Davos, Switzerland—where the world’s political and business leaders gather to discuss issues affecting all of us (think of it as an elite Burning Man-meets-TED Talks). The paper criticizes the growing gap between rich and poor, and notes the “groundswell of support for action against inequality” worldwide.

Among the points raised by Oxfam:

-There are now 2,043 dollar billionaires worldwide. Nine out of ten of these are men.

-In the past 12 months, the world’s richest saw their wealth increase by US$762 billion. This is enough to end extreme poverty seven times over.

-82 percent of all growth in global wealth went to the top 1 percent, while the bottom half of humanity saw no increase at all.

-Approximately a third of billionaire wealth comes from inheritance.

-Women workers consistently earn less than men, are are usually in the lowest paid and least secure forms of work.

“The billionaire boom is not a sign of a thriving economy, but a symptom of a failing economic system,” Winnie Byanyima, Executive Director of Oxfam International says in a statement accompanying the report. “The people who make our clothes, assemble our phones, and grow our food are being exploited to ensure a steady supply of cheap goods, and swell the profits of corporations and billionaire investors.”

Oxfam goes on to call on governments around the world to “create a more human economy that puts the interests of ordinary workers and small-scale food producers first, not the highly paid and the owners of wealth. This kind of economy could end extreme inequality while guaranteeing the future of our planet.”