Meet the Man Who Manages the Finances of Cebu's Elite
Culture

Meet the Man Who Manages the Finances of Cebu's Elite

John Tan, CEO of the top agency of AXA Philippines in Cebu, went through a series of challenges to get to where he is today. He recalls how his life changed when he was in the third grade: "My parents called for a family meeting. I didn't expect that what we were going to discuss was what our next steps would be, because we were on the verge of bankruptcy."

"When I reached high school, we were forced to sell our ancestral home."

That home-a massive 800-square meter mansion sitting on a lot more than six times its area-was the site of the many lavish parties the Tan family would throw in their heyday. "It was just like that movie, Crazy Rich Asians," he shares. 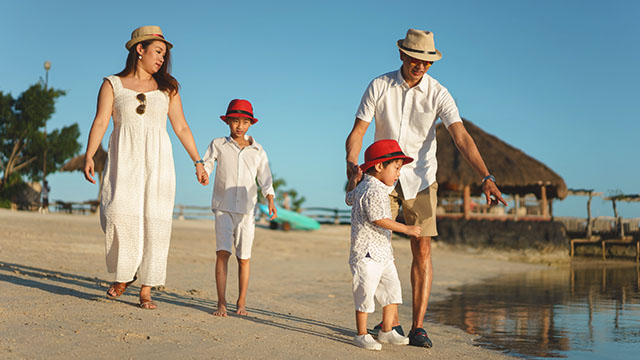 Although John's father ran one of Cebu's biggest shipping companies at the time, he wasn't properly trained to manage it. Finances were mishandled, debts went unpaid, and the interest piled up. When the banks came calling, the family was left with nearly nothing.

A second bankruptcy when John was in college only served to make the Tan family's financial situation even worse. They were evicted from their apartment for failure to pay rent. The bank seized their car. The family was seen as an embarrassment among Cebu's affluent circles.

To help everyone stay afloat, John's mother took a job overseas as an undocumented caregiver. John, unable to do well in school, took a low-paying job in IT-P4,000 a month, minus 20% in training fees-because it was better than nothing. There were times when they couldn't even afford water and electricity.

A smile forms on John's face as he talks about how he turned things around. "If I survived during the bankruptcies, nothing can stop me."

He started selling pork chops to his officemates just so he could earn an extra P1,000 or so per month. After saving enough to move on from his job, he became a middle-man for a mall's rice supplier. He jumped jobs once more, becoming an insurance agent while earning a little extra on the side as a graveyard-shift driver for a hotel chain.

By the time he was 22, he had a lot of experience under his and took a chance applying for a job at AXA Philippines. At the time, AXA was a new presence in the insurance industry, and it was looking for young blood to help in its mission to protect people and empower them to improve their quality of life. 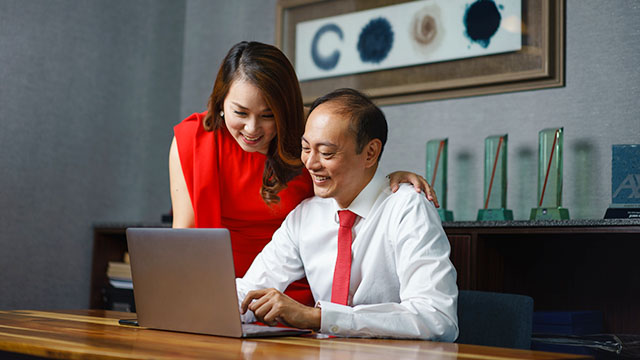 In AXA, John saw unlimited income potential-earning was commensurate to the effort one puts in, and he was tireless. AXA recognized this and made him a branch head from the get-go, knowing that, in an environment where one could work at a time and pace of their choosing, John would thrive.

After eight years with the company, he earned enough to invest in running his own AXA franchise, which is now the cheekily named Tan Dynasty. While franchises in the Philippines had a 100% failure rate at the time, John was confident that he was more than capable of breaking that pattern.

"If I were to become extraordinary, I couldn't accept that my future would depend on the historical performance of other people's failures," he says. "If others fail, I don't think that's a justification that I will fail, too." 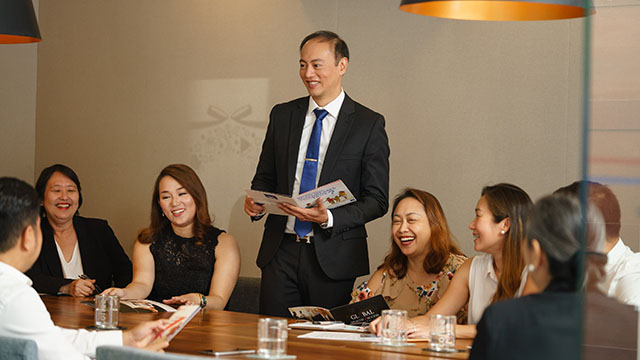 In 2010, John started developing that same mindset within his company, and it has paid off. He's been recognized as AXA Philippines' top performer for the past three years and has now become one of Cebu's financial advisors. These days, John is enjoying the life he's built with AXA Philippines, helping other people find their turn at reaping financial success.