At face value, this free bread had good intentions.

The Nutribun of the 1970s was a bread borne out of good intentions. Nutribun was designed as a convenient “ready-to-eat complete meal” for public elementary school feeding programs to combat child malnutrition in the Philippines. Schools in economically depressed areas where children weighed below the normal weight for their age were the priority consumers of the Nutribun.

For its pilot program, 30 million Nutribuns were given to 200,000 children from grade 1 to six during the school year of 1970 to 1971, as reported by Ruben William Engel (Nutrition Advisor) and Albert S. Fraleigh (Food for Peace Officer) of the U. S. Agency for International Development (USAID) Mission for Manila. Each bun had 500 calories and 17 grams protein.

The Nutribun program was made possible through the joint effort of U.S. and Philippine agencies and some local bakeries. The arrangement was pretty straightforward: the U.S. through the Food for Peace* program and the non-profit charity, CARE, facilitated the donations of wheat flour and non-fat dry milk powder as the primary ingredients of the Nutribun. Engle’s team of nutritionists working for USAID Nutrition developed the bread formulation. The U.S. Wheat Associates provided technical assistance to the local bakeries handling the production of the Nutribun.

The baking of the Nutribun was done in schools with facilities for baking or by commercial bakeries, as reported by Maura M. Bean of the U.S. Department of Agriculture research center, which developed the soy-fortified flours for donations under the Food for Peace program. The Catholic Relief Services, the School Health Division, the Bureau of Public Schools, and the Department of Education and Culture took care of the distribution and coordination on the ground. 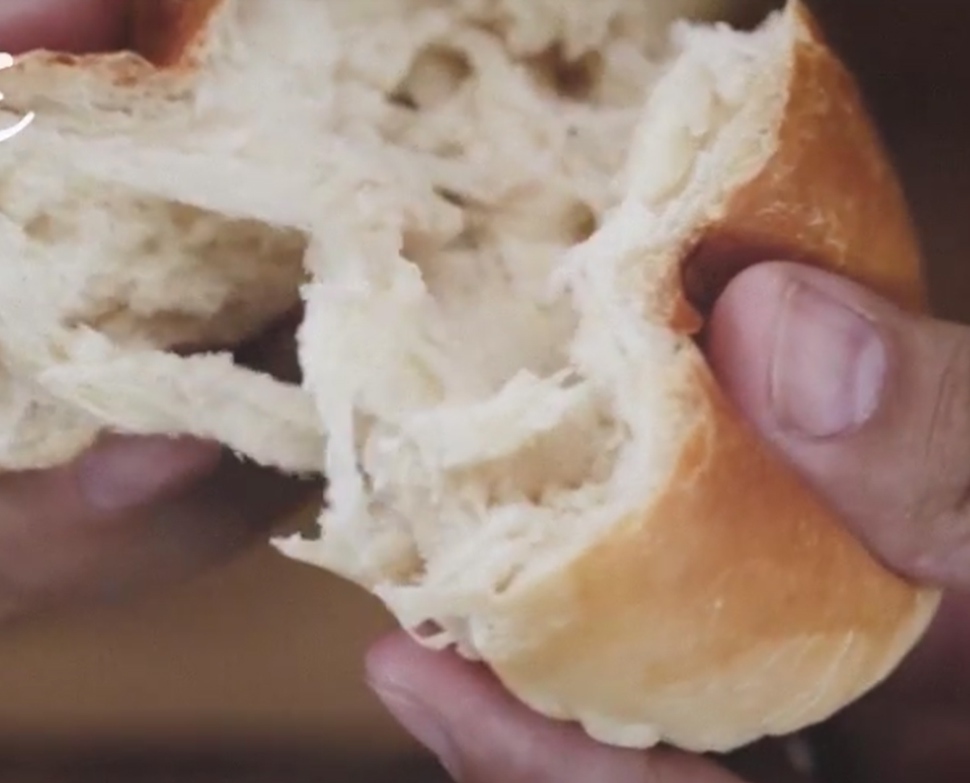 So many stories can be told about the Nutribun. Many remember it as a round, compact and heavy bread (the dough weight was 170 to 190 grams after all, compared to a regular pan de sal with only 25 to 30 grams). Some noticed the presence of weevils (bukbok) on the bread, perhaps because the donated flours were not being properly handled and stored in the production areas. But not all Filipinos who have lived through those years will have actually seen and tasted a Nutribun especially if they did not belong to the target demographic. But later on, the Nutribun could be purchased commercially in some bakeries during that era, opening up the bread to more consumers outside of the feeding programs.

Likewise, when tropical storm Fran (aka Oyang) struck the Philippines in September 1970, Nutribun served another purpose: as nutritious food airdropped to the disaster victims. In a 1971 report of USAID on its “Foreign Disaster Emergency Relief,” a total of five typhoons struck the country during the months of September to November. During these times, the nutribuns helped nourish families recovering from the typhoon. One of the bakeries was Insular Bakery in Makati City, which was assigned to the Tondo school feeding programs. They made the Nutribun dough by hand and worked round the clock, so the breads (along with other provisions) can be distributed to typhoon victims stranded in their homes without food. The same thing happened in 1972, when Nutribun was again distributed after the typhoon in central Luzon.

However, the Nutribun as viewed today cannot unentangle itself from its political connotations. By virtue of the Nutribun program’s implementation and coordination during the presidency of Ferdinand Marcos, it gained notoriety for the bread. (Marcos would later declare Martial Law on September 21, 1972). The bread inadvertently became a polarizing figure of the Marcos era, with some people remembering it with nostalgia and some regarding it with disdain.

The bread inadvertently became a polarizing figure of the Marcos era, with some people remembering it with nostalgia and some regarding it with disdain.

Those who have eaten the Nutribun—especially the targeted school children—share varying, if inconsistent, stories of how it tasted like. And for good reason. The shifting taste and texture of this bread occurred because the basic Nutribun formulation was designed to be adaptable to locally sourced ingredients as well as the fortification of the flour. The bakeries were allowed to formulate and blend local and donated ingredients. Nutribun was first developed at the Virginia Polytechnic Institute and State University, which was hired by USAID in 1968 under the leadership of Engle.

In order to adapt indigenous ingredients to the Nutribun, Filipina scholar Candelaria Formacion, conducted a study on using coconut flour to replace the skim milk to great success. Engle reported the use of coconut flour for the nutribuns prepared during school year 1972 to 1973. About 16 million nutribuns using 3 to 5% coconut parings flour and banana flour were tested and found acceptable by the children. (However, the development did not push through after a fire destroyed the facilities of one of the suppliers.)

Bean likewise reported that the size of the Nutribun was reduced from 170 grams with 500 calories (with the children only eating half of the bun) to a bun size based on 300 calories. She also observed one bakery in Iloilo replacing the sugar with molasses which she said the children liked better. All of these adaptations created different taste memories for the Nutribun consumers.

But in retrospect, why didn’t the stakeholders just make, fortify and distribute the Filipino pan de sal?

But in retrospect, why didn’t the stakeholders just make, fortify and distribute the Filipino pan de sal? It was after all the beloved bread of the nation. Engel and Fraleigh did ask themselves why not rice instead, but the popularity and acceptance of a wheat product like the pan de sal assured them they were on the right track with the Nutribun: “One might question the advisability of deciding upon a cereal foreign to the major preferences of Filipinos whose average cereal food supply is estimated to be 68% rice, 25% corn, and only 9% wheat. However, all indications are that wheat products are well liked. They are often considered a special treat in the more remote areas. “Pan de sal,” a small wheat bun, is a favorite snack item in many of the small barrios or sari-sari stores.”

From a baker’s point of view, creating a new bread for the locals rather than utilizing its traditional bread may have been a matter of convenience. If they had gone with the traditional pan de sal formulation, it would not be cost-effective for the bakery because the pan de sal takes a long time to make. The Nutribun formulation merely requires 35 minutes of first fermentation of the dough, 15 to 20 minutes of second fermentation and final proof of 35 to 40 minutes. In contrast, a pan de sal formulation from the 1970s requires a two-hour fermentation then a 30-minute rest after shaping into a baston and final proof of 30 to 45 minutes.

Perhaps it was for the best that the pan de sal did not take the place of the Nutribun. Since it was not selected for the role of being a nutritious, ready-to-eat meal, the pan de sal retained its sacred place in our eating traditions. It did not have to bear the burden of the Nutribun, which became an infamous bread strongly connected to a period in Philippine history described as tumultuous—or peaceful—depending on which side you’re on.

*Food for Peace donations were part of the Public Law 480 (P.L. 480) which was enacted by the U.S. congress in 1954 as the Agriculture Trade Development and Assistance Act of 1954 that enables the U.S. to extend food assistance and emergency aid to nations in need. 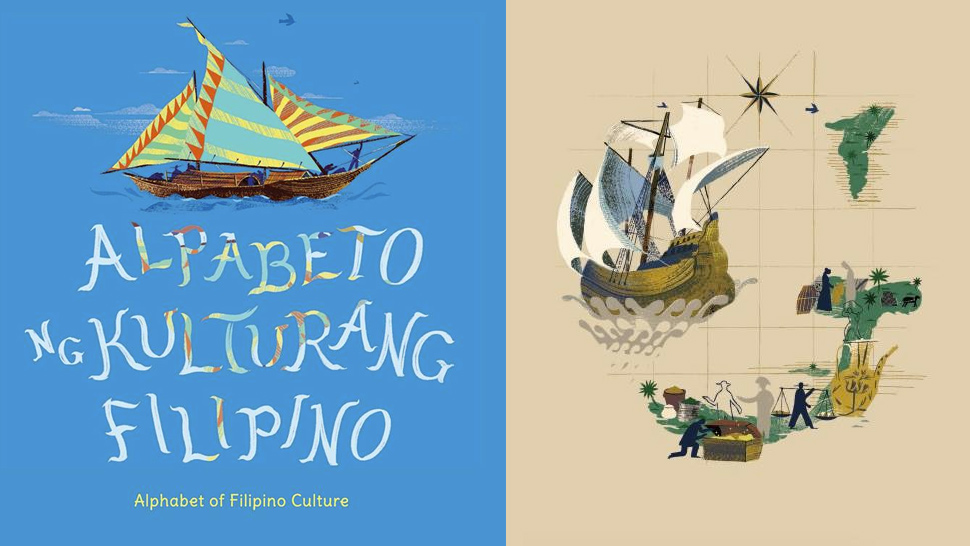 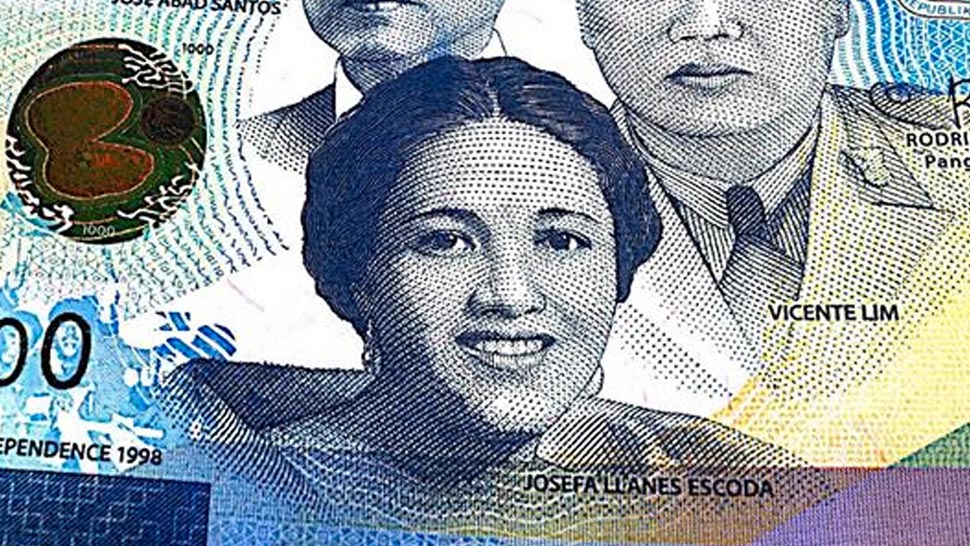 The Woman on Our 1000-Peso Bill is a War Hero, a Feminist, and a Girl Scout
All Photos
Comments
View As List