The Ozone tragedy happened in 1996, ironically during Fire Prevention Month.

Life has a predisposition towards irony and perhaps one of the biggest ironies in Philippine history is the Ozone Disco tragedy.

March, by virtue of Presidential Proclamation No. 115-A signed in 1986, is known to Filipinos as the fire prevention month. The number of fires recorded in March prompted the need for awareness, but the proclamation did little to stop the Ozone Disco inferno on March 18, 1996 that shocked the entire country.

Ozone Disco was an immensely popular spot for students in the mid-’90. In March of 1996, it was the end of the school year and the bar was capitalizing on graduation season with a promo. On the night of March 18, 1996, Ozone Disco held an estimated 350 guests who wanted to celebrate the end of one chapter of their lives and start a new one. Nearly half of that crowd—162 at least—however, had to end their story abruptly. The Ozone Disco tragedy is known as the worst fire in Philippine history.

Shortly before midnight, something sparked in the ceiling just above the DJ’s booth near the kitchen and restrooms. Amid the festivities planned by Ozone Disco, revelers dismissed it as some sort of special effect. The dancing continued as the spark grew into a fire that crept toward the dance floor.

People who saw the flames quickly exited, but many remained on the dance floor, oblivious to any impending danger.

"It was like hell," said Ozone Disco’s disk jockey Marvin Reyes in an interview with The New York Times. Reyes watched as hair and clothing caught fire. "I tried to announce there was a fire, but the microphone stopped working."

Chaos erupted and the situation quickly jumped from bad to worse. Electrical systems went out next. And, what manay people may not realize, many of the deaths during the Ozone Disco tragedy happened because of the stampede. Security guards who were oblivious to the fire at the time thought a riot had ensued and closed the exit on the second floor. According to reports, those doors also opened inward, creating an inadvertent death trap for panicking people who were rushing to get out.

According to survivor Sherilyn Bruan in her earlier interview with Esquire, when the doors finally did open, it created a backdraft and knocked down the escapees.

“The impact was so strong, everyone in the hallway was hit and fell down. It was like a tidal wave of heat…I needed to get out. That’s all I kept thinking. If I died, at least people would be able to identify me,” Bruan said, recalling her memories of the Ozone fire.

"“The stampede... The events came back to you... The people who were left behind... There were a lot of sleepless nights. You start thinking about what happened to you. You got burned," " –Sherilyn Bruan, one of the survivors of the Ozone Disco Tragedy. 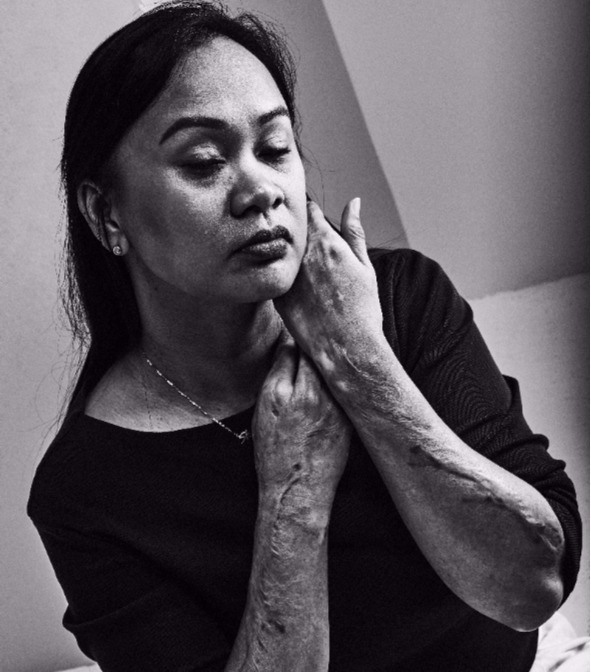 Bruan was lucky. She was eventually able to get back up and push her way towards safety. When she finally got out of Ozone, she realized she had burned her arms and back.

Firefighters were only able to extinguish the fire two hours later. By then, it was too late and the Ozone Disco tragedy had become one of the worst nightclub fires in the world.

Getting Past the Ozone

At the time, Quezon City Police Chief Hercules Cataluna said Ozone Disco’s 162 death toll was the highest for any fire in the Philippines. The New York Times reported the death toll was among the highest in a nightclub fire in the world. To be more specific, it was the seventh worst fire incident in the world and the worst fire incident in the Philippines' National Capital Region.

When rescue teams recovered bodies, the narrow corridor leading to the dance floor was waist-deep with corpses of people who had tried to escape. They were so badly burned that the bodies stuck to each other. Other remains were crushed beneath a collapsed ceiling.

For the survivors of the Ozone Disco tragedy, the nightmare did not stop there. Those who escaped like Bruan had to be treated for painful second to third-degree burns. According to Bruan, until now she can still hear noises from that night.

“The stampede...the events came back to you...the people who were left behind. There were a lot of sleepless nights. You start thinking about what happened to you. You got burned," she said.

For months after the Ozone fire, Bruan admitted to avoiding enclosed spaces and huge crowds. She panicked when she heard sirens of ambulances and fire trucks. Her life stopped.

Luckily for her, she was able to heal in the years that followed by focusing her energy on her work as a journalist assigned to calamities and disasters.

Other survivors, however, were angry. Gerald Loyola, a former waiter at Ozone Disco, blamed the owners of the club. “It would not have happened if they were not remiss in their responsibilities,” Loyola told the Inquirer.

The loved ones of the victims were left mourning and confused. Erlina Mandap only found her daughter’s shoes. Tess Sagario lost both her son and daughter in the fire.

"I'm all alone now… What will happen to me?" she asked. 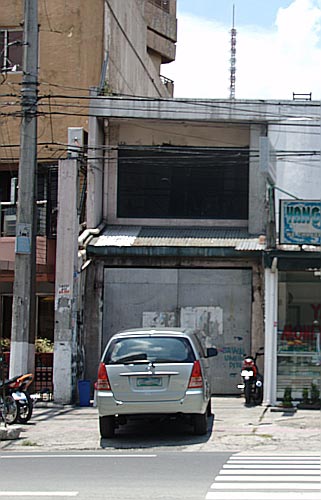 Five years later, the survivors received some sort of closure when the owners of Ozone Disco were convicted of criminal charges of reckless imprudence resulting in multiple homicide and multiple serious injuries.

The findings of the investigation revealed that the company had failed to install water sprinklers and provide fire exits inside the establishment. In addition, Ozone Disco only had a lone entrance door swinging inward. The company attributed that faulty design decision to feng shui.

On the night of the Ozone Disco tragedy, there were 350 customers and 40 employees. It was, however, revealed that the establishment was only allowed room for 35 people. The case later concluded that Ozone Disco owners colluded with some Quezon City officials.

The conspirators were all sentenced from six to 10 years in jail and Westwood Entertainment’s stockholders and directors were also liable to pay P150,000 to each casualty’s heirs and P100,000 to each injured victim. This resolution was only carried out in 2014, 18 years after the Ozone Disco burned to the ground.

Did Filipinos learn from this tragedy? According to the BFP, the number of fire incidents in 2017 reached 14,197. About 12% occured in March and the damages amounted to P7.86 billion. Worse, these fires have claimed the lives of 304 civilians.

The numbers speak for themselves.