15 Photos of What Life Was Like in Old Manila 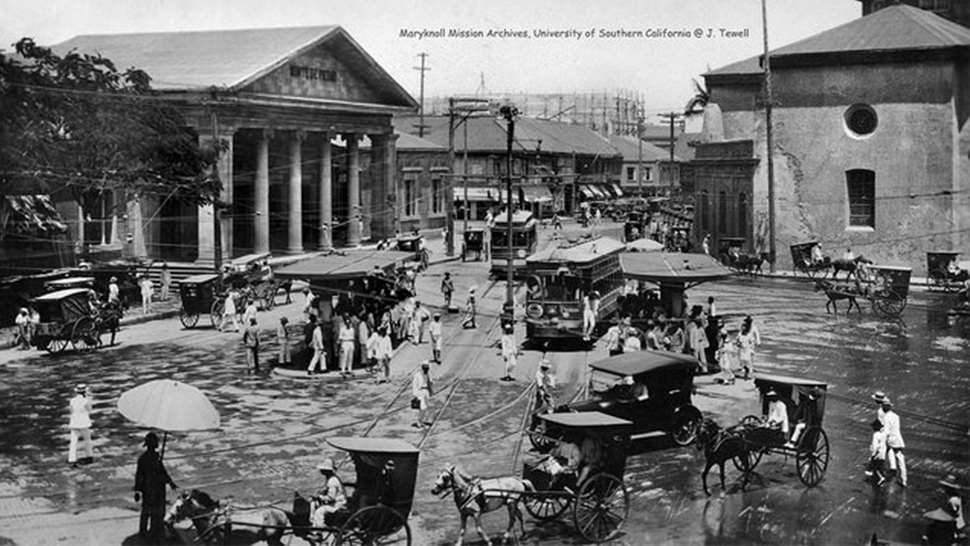 From the late 19th Century until shortly before the war, Manila was called the “Paris of the East” and the “Pearl of the Orient.” Under the Spanish rule, the city thrived as the gateway of European nations to their trading partners in Asia. At some point, it was even called “The Most Beautiful City in the Far East,” attracting European migrants, like Germans, Spaniards, Americans, British, French, and Russians. Stylish Art Deco buildings lined up the streets like a picture-perfect dream.

After the war, Manila was in shambles. Its once-beautiful buildings were riddled with holes and wrecked, if not completely decimated. Even after the elite slowly picked up the pieces after the war, the city never fully recovered. Old Manila remains frozen in photographs and the memories of the Manileños who lived through the war.

Riding kalesas was took a while to get out of style, but when automotives started arriving in the city, Manila residents actually drove on the left side of the road. (President Sergio Osmeña decreed an Executive Order in 1945 to allow Filipinos to start driving on the right side of the road, thus reducing the price of motor vehicles coming from the United States.) 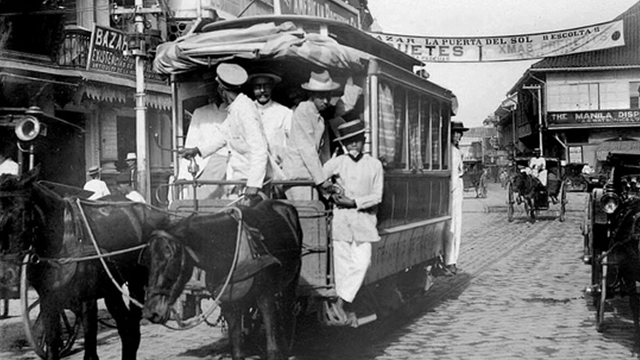 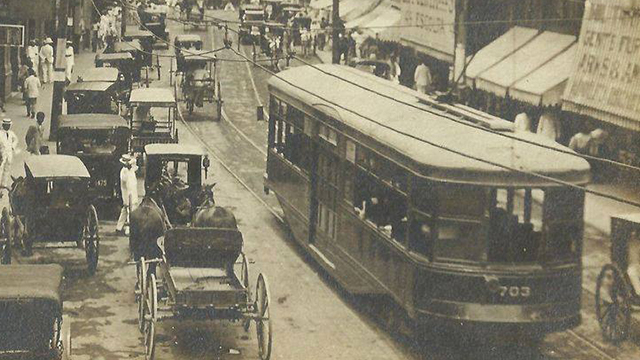 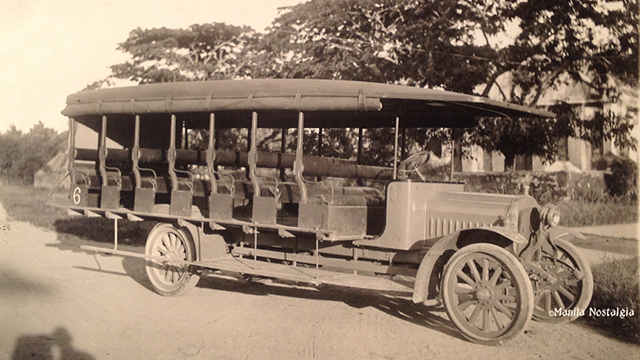 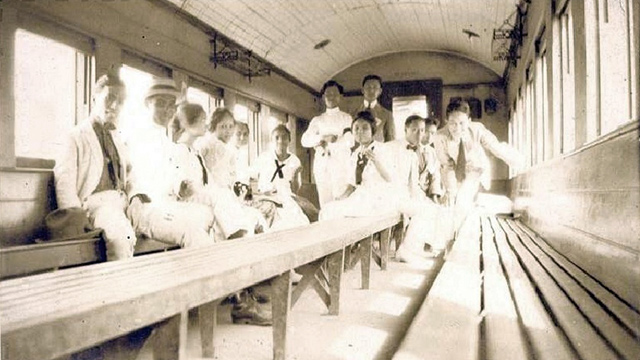 People would ride the tranvia along Rizal Avenue and around the city’s premiere business district, Escolta. The tranvia is similar to cable cars in San Francisco and other European cities. Before it became electric, these tranvias were actually pulled by horses.

And Tutuban Station was our counterpart for the New York Central Station.

Along Escolta, the Crystal Arcade, which also housed the stock exchange, was the first big shopping mall and first air-conditioned building. A literal glass palace designed by Andres Luna de San Pedro (son of artist Juan Luna), it was the default hangout of stockbrokers and their clients. Stores inside the arcade would sell stateside treats. 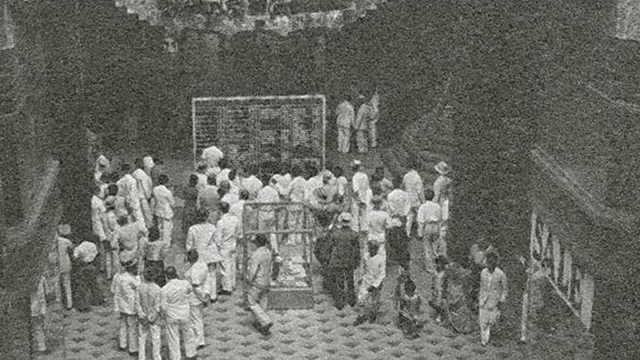 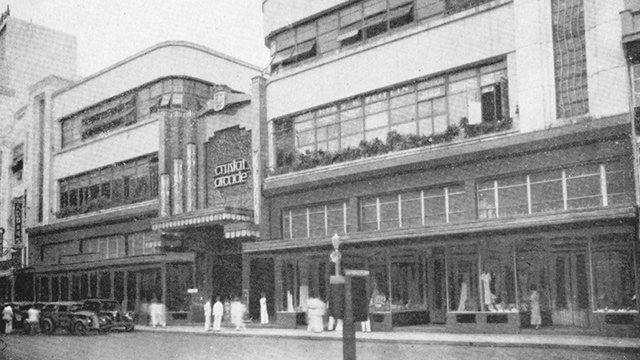 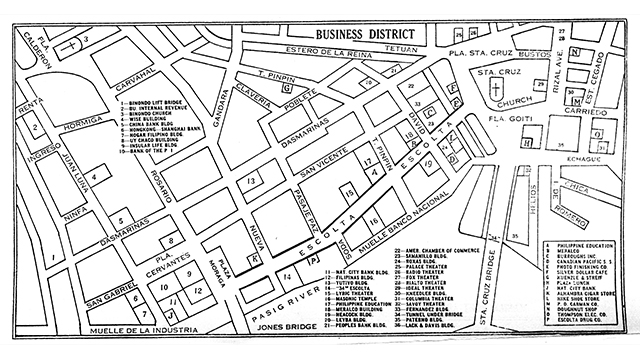 Escolta is a burgeoning art scene now, but throughout the Spanish and American Period, it was the country’s premiere business district. It was incredibly modern for the time and it takes pride in witnessing the country’s many first. Burke Building had the first elevator in the country, Salon de Pertierra in the Peterson building had the first movie house, while Clarke’s Ice Cream Parlor sold Filipinos their first scoops of ice cream. The La Estrella de Norte (where the Savory building currently is) sold to the first bicycles in 1889, phonographs in 1894, moving picture machines in 1899, and cars in 1901. Other notable stores along the street include H.E. Heacock, Botica Boie, Syvels, Berg’s Department Store. 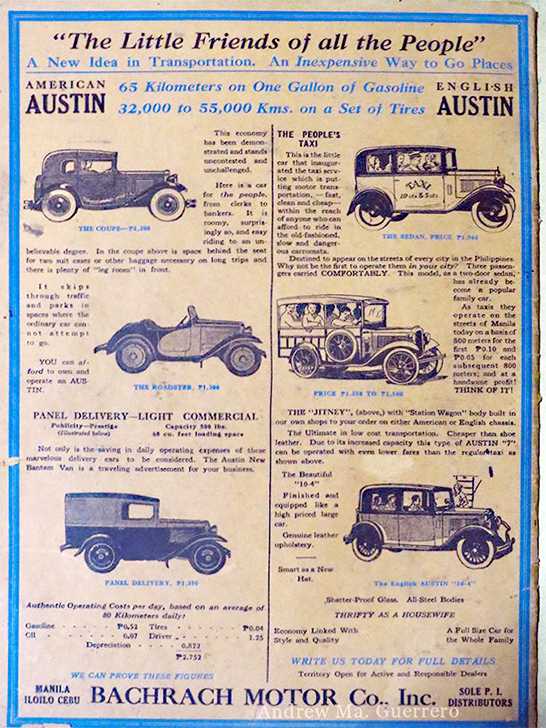 The Natividad Building, one of the modern concrete buildings before the war, was also the site of the headquarters of the Philippine Education Company, the largest book firm in the Philippines and the largest American company in Southeast Asia during that time.

The Jai Alai building, another Art Deco masterpiece, was where the cool kids would hang out back then. It was known as the Jai Alai Fronton where the Basque pelota-inspired game would often be played. The four-storey building had gaming rooms, restaurants, bars, and a roof garden. Imported Spanish and Filipino entertainers would also perform regularly to the visiting crowd. 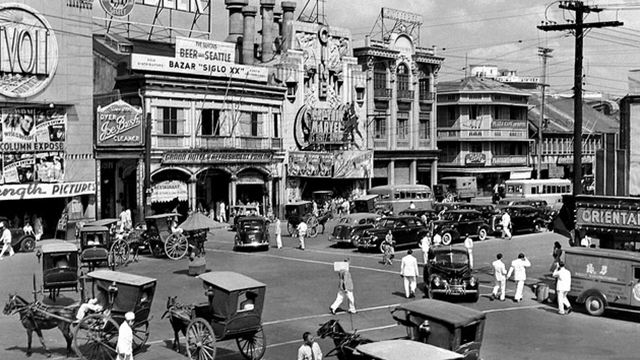 To watch the latest foreign and Filipino films, moviegoers would flock to Lyric Theater and Capitol Theater. Lyric showed Warner Bros. films while Capitol was home to Columbia Pictures. If you wanted to watch live entertainment, the Manila Metropolitan Theater was the best option. Also called the MET, it housed performances by international artists like Ted Shawn, Jascha Heifetz, Amelita Galli-Curci, and Fritz Kreisler, as well local shows such as the “Smiles of 1936,” “Querer Ranchero” and “Luisa Fernando.”

Santa Cruz was the venue for the first night clubs such as Tom’s Oriental Grill, Ronda, and the Trocadero. During the day, people gathered in the area to visit Tivoli Theater, the Far Eastern, International and Moderna pansiterias, Plaza Cafe, Santa Cruz restaurant, and the New Paris Hotel and Restaurant, and Panciteria Antigua. Tawag ng Tanghalan, a vaudeville-type of show would be shown in Life Theater and featured talents like Susan Roces and Amalia Fuentes. 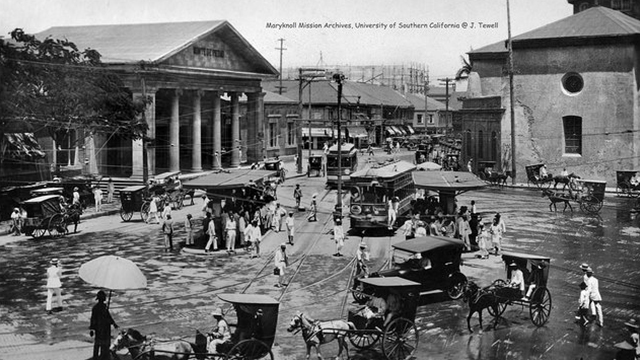 Before Binibining Pilipinas, there was the Manila Carnival. Held from 1908 until 1939, the two-week fair was a symbol of friendship between the U.S. and the Philippines. It was even called the “Greatest Annual Event in the Orient” as it also showcased the commercial, industrial, and agricultural progress of the country. The event includes parades, spectacular shows, firework displays, and the crowning of the Manila Carnival Queen.

Social clubs were vogue and located near elite spots such as the Spanish-speaking district of Ermita and Malate. Back then, Malate and Ermita were included in the suburban expansion plan during the American occupation to create new residential areas outside Intramuros. Henry M. Jones, an American entrepreneur saw the potential of the swamp land south of Luneta. He bought most of the areas of Paco and Malate and named the streets after American states such as California, Carolina, Colorado, Dakota, Florida, Indiana, Kansas, Nebraska, Oregon, Pennsylvania, Tennessee and Vermont–names of home states of army volunteers who fought in the Philippine-American War. He sold lots from P1.00 to P2.00 a square meter and offered them on installment basis. 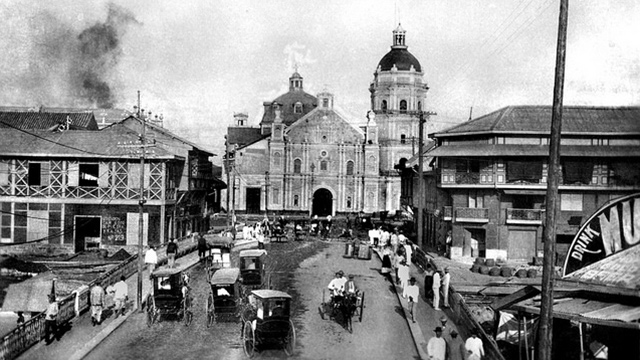 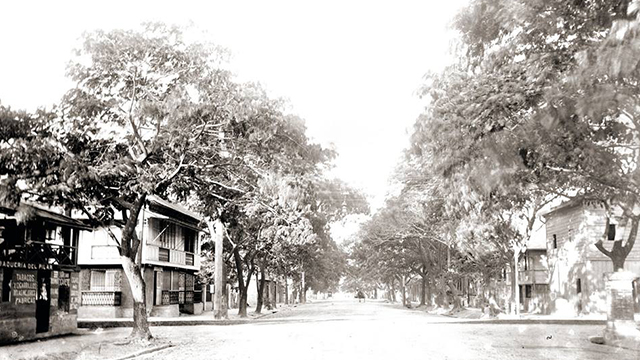 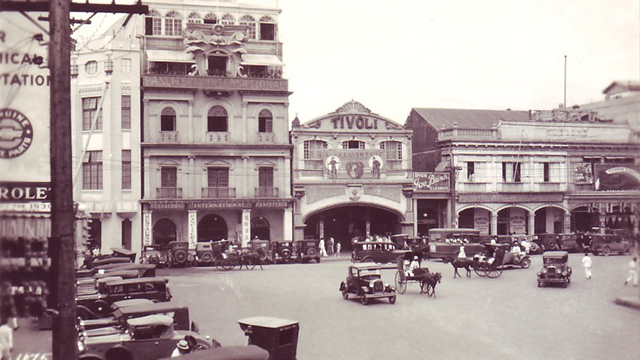 Most of Jones’ buyers were Americans and wealthy families from the provinces whose children were studying in private schools in Manila. Other early settlers in this area include doctors, dentists, and lawyers. 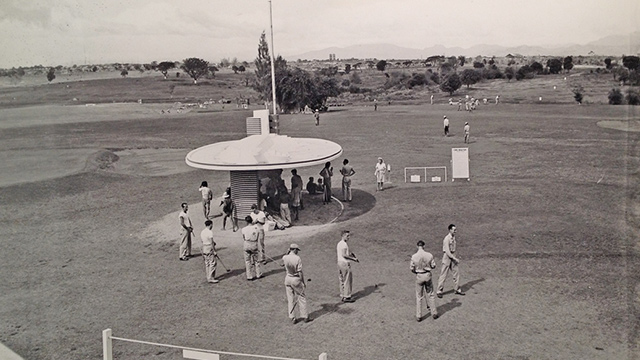 For recreation, the nearby social clubs occupied the free time of Manila’s elite. They had their Army Navy Club, Wack Wack Golf and Country Club, Manila Polo Club, and Manila Yacht Club. These clubs often had beautiful clubhouses that were famed for their dancing parties–the very picture of the opulent Old Manila.

Photos from the collection of John Tewell, Lou Gopal, and Gerard Lico 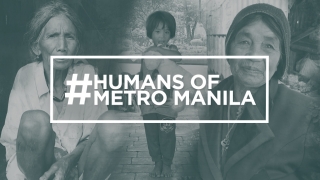 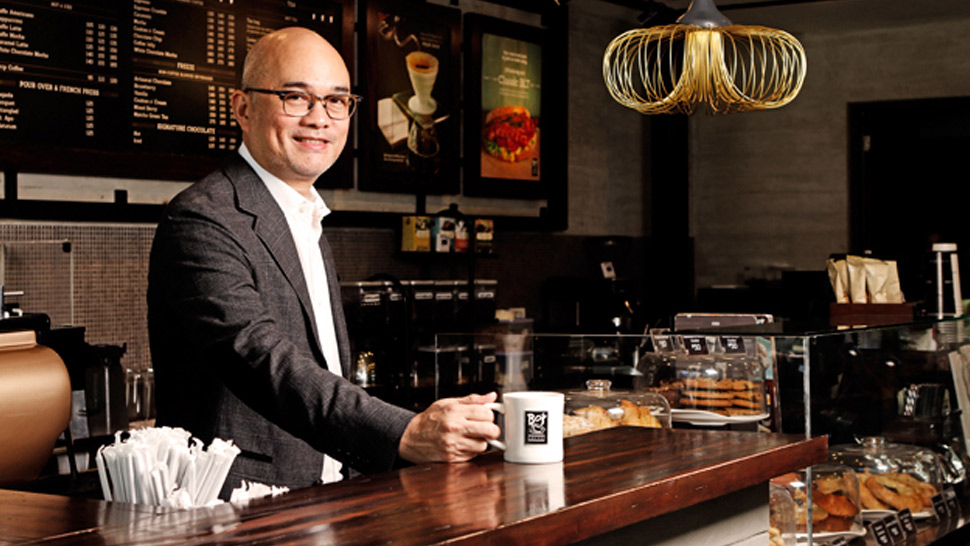