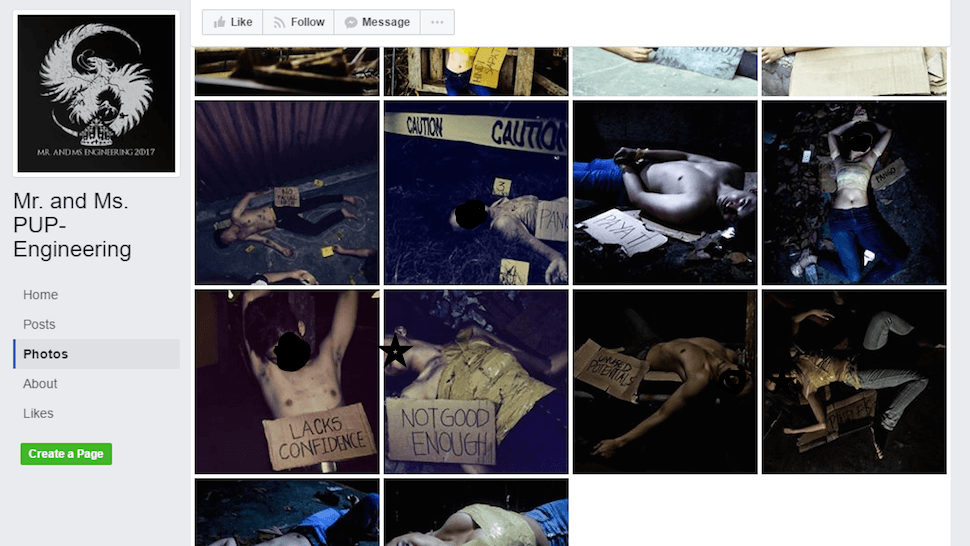 UPDATED What ever happened to studio glamour shots? We’re not saying our gelled hair and baby powder-covered faces were attractive, but it has to be much more appropriate than the photo shoot staged by Engineering students of the Polytechnic University of the Philippines.

In one of the, er, pageant segments, candidates of the Mr. and Ms. PUP-Engineering posed like victims wrapped in tape, covered in cardboard of extra-judicial killings, laid out amid trash, all styled to look like a crime scene—essentially a representation of extrajudicial killings. The major difference is that instead of “Drug Lord Ako” or “Huwag Tularan,” the contestants indicated their personal insecurities. The words “payat,” “pimples,” and “walang talent,” for example, are scrawled all over the cardboard sheets.

We understand what they're trying to do here, but is it enough to make it appropriate? The answer is a resounding no. Even Tyra Banks received flak for the controversial themes in America’s Next Top Model, such as making the competitors put on blackface, staging the seven deadly sins underground in a coffin, and shooting murder scenes. And that’s Tyra Banks.

The PUP Engineering Department has yet to make a statement, but the album has been taken down from their Facebook page. The folks at Reddit, however, were able to post a screencap.

The pageant organizers have released a statement regarding the controversial photoshoot in Scout Magazine, which first broke the news. They have taken full responsibility and stated: "Although it was done without any form of political malice, upon realizing the insensitivity of the idea, we decided to take down the pictures from our Facebook page. We would like to extend our sincerest apologies to those who have been offended by this.”

The students' faces have been blurred out for their protection. 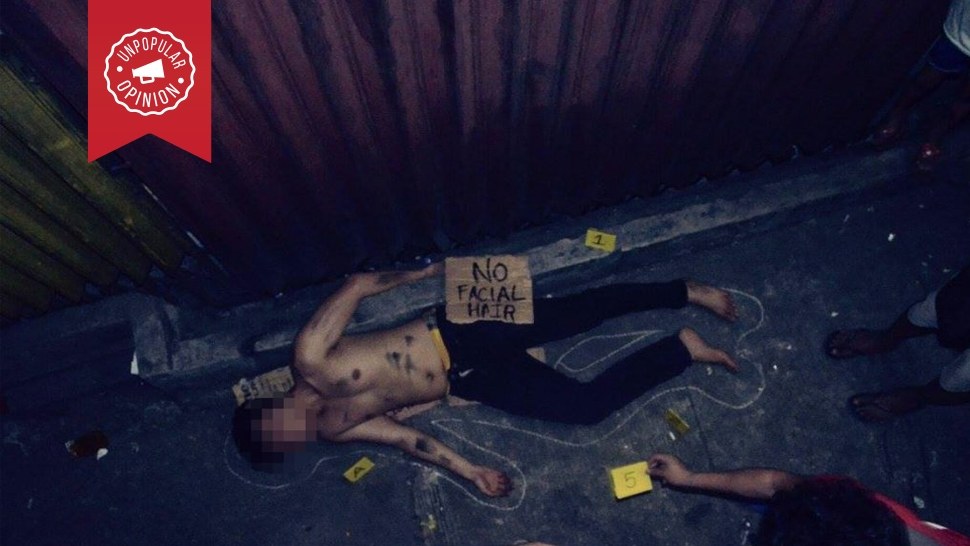 Why is everyone upset with PUP’s murder-themed photoshoot?
CONTINUE READING BELOW
Recommended Videos
Shares
Share
Tweet
Comments
View More Articles About:
More Videos You Can Watch 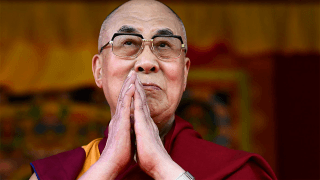