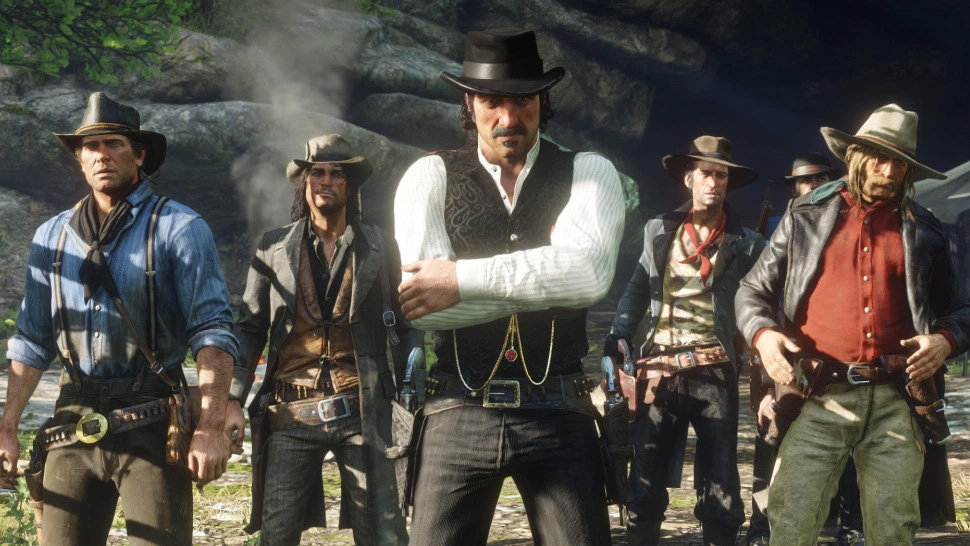 Released late last year, Red Dead Redemption 2 was a shoo-in for many a year-end “Best Of” list, with critics praising the game’s near-anal commitment to detail and authenticity. Yes, this is the video game where your horse’s balls visibly shrink when it’s cold out. The game may be set in a fictional turn-of-the-century American midwest, but the simulation is so immersive that this might be the closest you can get to living, Westworld-like, the life of a 19th-century outlaw.

Part of the video game’s stage setting is the historical context. History isn’t all up in your face in this game compared to, say, the Assassin’s Creed series, where you can’t turn a corner without running into Leonardo da Vinci or Cleopatra—but in the elegy to the Old West that is Red Dead Redemption 2, the little background details from the real world that seep into the game go a long way into recreating its vision of a desolate, vanishing American frontier that will soon give way to the modern USA.

So, it’s 1899, and early in the game, you can pick up a newspaper in the town of Valentine called New Hanover Gazette. Tucked to the left side are a few column inches devoted to the outbreak of the Philippine-American War. “War Breaks Out in Philippines” goes the small, unassuming headline. So far, so standard—the Philippine occupation regularly made the news at the time, with many papers duking it out as pro- or anti-publications. 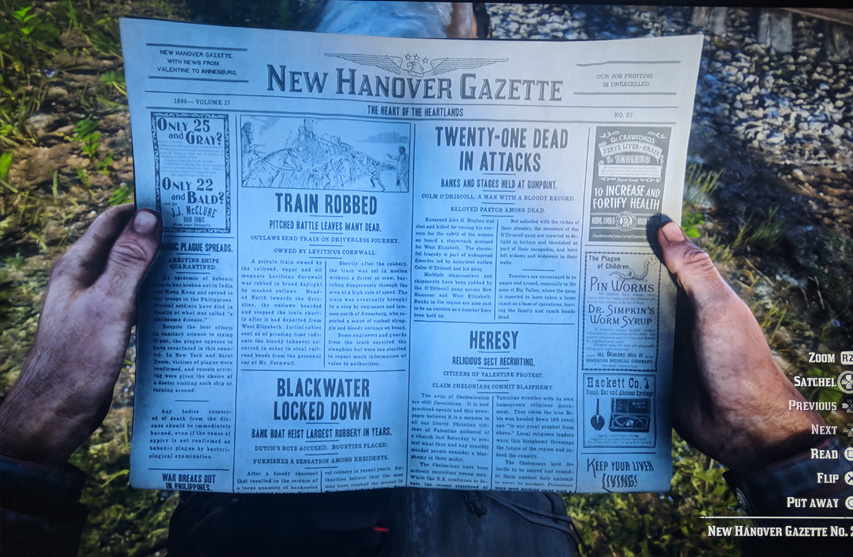 What is interesting, though, is the article above that one. It says:

The epidemic of bubonic plague has broken out in India and Hong Kong and spread to our troops in the Philippines. Several soldiers have died in Manila of what was called “a loathsome disease.”

This actually happened. The time frame is slightly off, but the plague did arrive in Manila from Hong Kong. While the game dates the epidemic to around the same time as the declaration of war, the first reported outbreak actually occurred near the end of 1899. By February 1900, 48 cases were reported in the city.

It was, in the words of medical historian Warwick Anderson, the “first major test of American bacteriology in the Philippines.” The colonial health officers responded swiftly and decisively. All ships coming in to Manila’s busy port—and not just vessels from Hong Kong—were searched for human cases. If someone suffering from plague was found aboard a ship, they would be quarantined in a sickroom disinfected with carbolic acid, with most of their clothes and personal effects burned. To prevent the spread of the disease, the Board of Health urged the public to boil their water, wash regularly, take out the trash, and wear shoes to prevent bacteria from entering the body through wounds on the feet. They kept an especially close watch on the Chinese, “who keep up much longer in severe illness than any other races here,” as a 1901 letter from the Board of Health claims.

They kept an especially close watch on the Chinese, “who keep up much longer in severe illness than any other races here,” as a 1901 letter from the Board of Health claims.

The medical authorities then turned their wrath on the rats. Ships were searched for rodents. More instructions from the Board for the hapless residents: Replace wooden floors with concrete. Burn all rat manure. Within the city, teams of rat-catchers went from house to house, setting out traps and poison. In 1902 alone, twenty thousand rats were delivered to the Board of Health laboratory. Thirteen of those were found infected with the plague bacteria.

Despite all the efforts of the Board of Health, the plague persisted in the Philippines for the next seven years. The Americans, though, soon found themselves with another medical crisis on their hands: this time, an outbreak of cholera. Reports of bubonic plague died down, then briefly flared up again in 1912. In 1916, the New York Herald blamed rising incidences of the plague on the Filipinization of the health service. 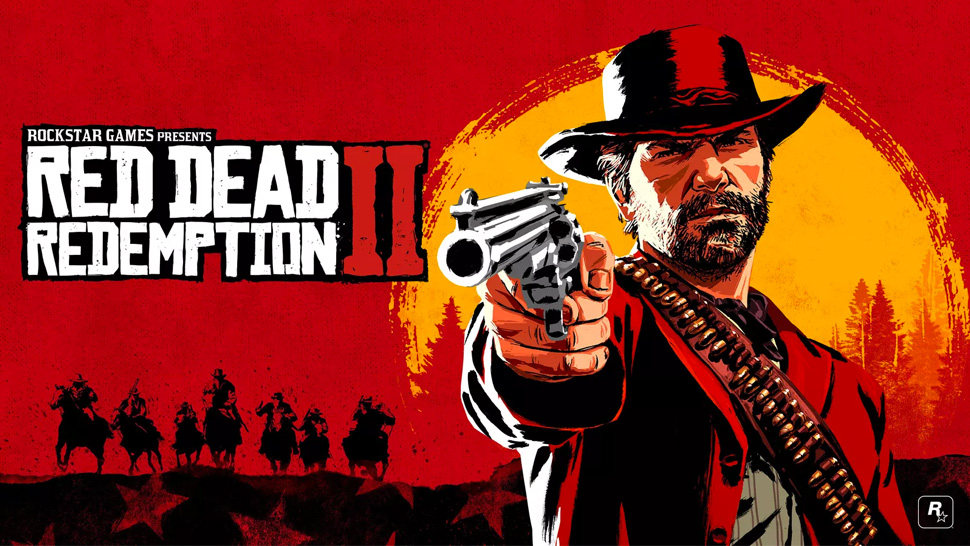 In Red Dead Redemption 2, the Philippines gets another shoutout later in the game. At one point inside your outlaw camp, the grizzled old-timer known as “Uncle” goes through a newspaper, riled up over reports of the war. “Why are we having a war with the goddamn Philippines? Who cares about the Philippines?” he says. “What even are the Philippines?” 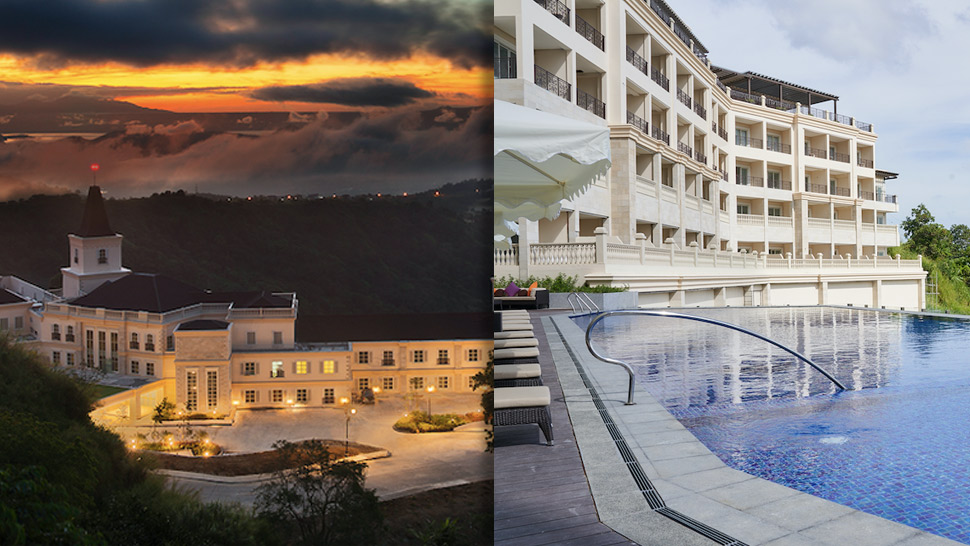