In this reimagining, Metro Manila is a more efficient, walkable, and greener city 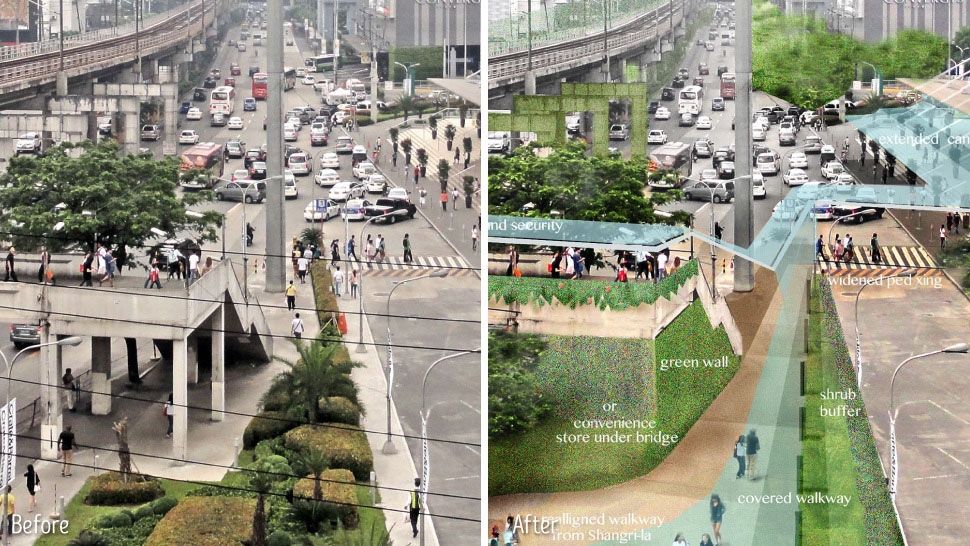 Have you ever dreamt of a city that was full of verdant parks and clean, tree-lined sidewalks with safe bridges that conveniently linked buildings we could walk to, minimizing the use of cars and jeeps? Architect, urban designer, and landscape architect Paulo Alcazaren has the very same dreams, and he puts these to paper, with hopes that developers, other architects, and everyone else struggling with their daily commute would notice.

In a Metro Manila that is choked with traffic, pollution, garbage, and humanity, the hope for a better metro now seems, more than ever, to be a pipe dream. Alcazaren, a Philstar columnist, and principal of urban design and landscaping consultancy PGAA Creative Design, however, thinks otherwise. “The oath which the citizens of Athens used to take, enjoining them to defend the city, its people, its values, is to ‘leave the city better than when we came to live in it.’ And definitely, this metropolis of ours can be made much better,” he says.

Alcazaren also encourages the public to fight for a better city. “An unexamined city is not worth living in, to paraphrase Socrates,” he adds. “A lot of Metro Manila is questionable. It should be a common goal to find answers.” On his free time, the architect takes photographs of popular congested public areas, and then draws over the photographs, illustrating solutions to make the area safer, efficient, and greener. Here are some of the architect’s re-imagined Metro Manila spaces:

The crossing between SM Megamall and neighboring Shangri-la Plaza was never physically connected, causing pedestrians to dodge cars exiting the road between malls, and sharing a narrow sidewalk that lies precariously close to EDSA traffic.

For whatever reasons the retail giants have for not linking these two buildings, Alcazaren shares an easy solution: âThe proposal here is to re-align the sidewalk from the original, which funnels to a narrower width beside the bridge stairway. Planting buffers are provided to mitigate traffic noise and pollution,â reads his post on Facebook. Other proposals for the area are to provide a canopy on the pedestrian bridge to shelter people from the rain, and CCTV units for more security. 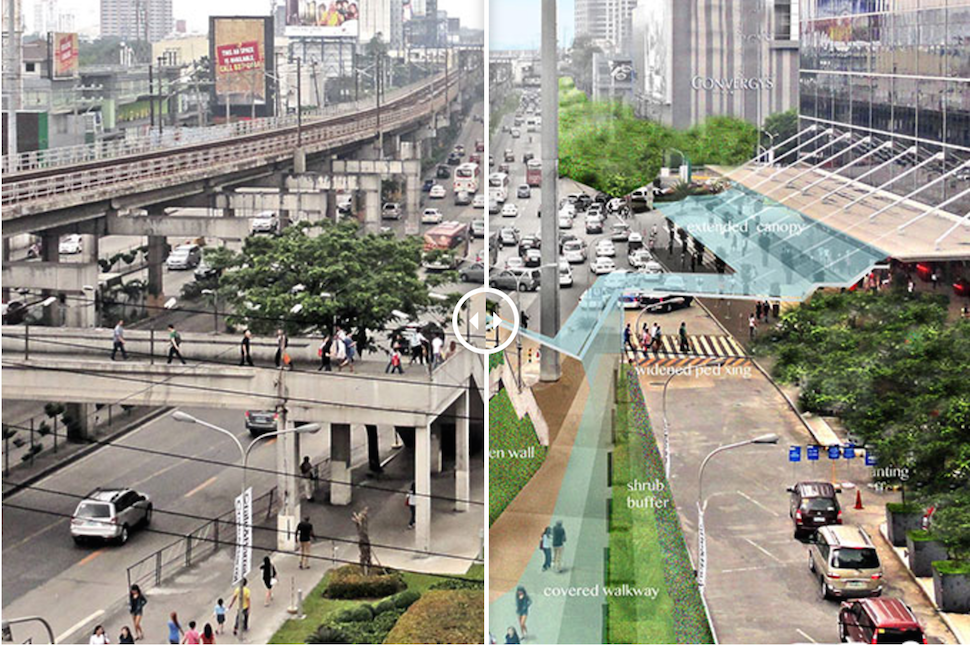 Ed Calma designed the beautiful, modernist building of De La Salle University-College of Saint Benildeâs School of Design and Arts campus in Malate, but the narrow and traffic-ridden Ocampo Street on where it standsâalong with the constricted sidewalksâmakes the campus hard-to-access during rush hours. Alcazaren proposes a porte-cochere or glass canopy to shield commuting students and teachers from the elements. He also suggests removing the central island and re-orienting the driveway to provide more space for pedestrians and students waiting for their rides. 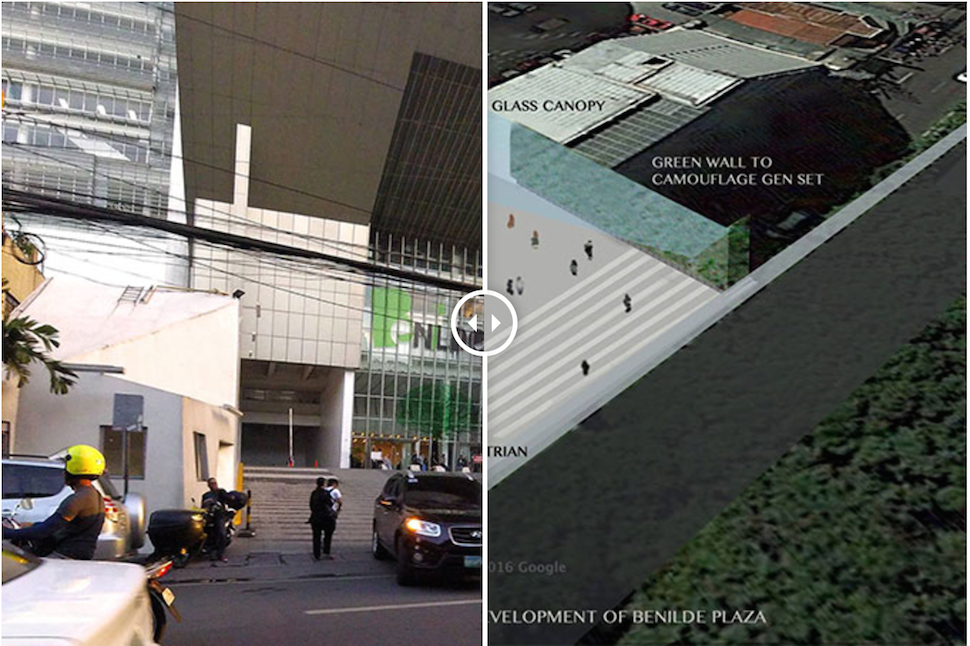 The 1930s-built Rizal Memorial Sports Complex is in danger of being demolished, amidst reports of plans to convert the Art Deco-era complex into a mall. Alcazaren proposes to retain the Sports Complex and improve upon the area instead, converting Harrison Plaza retail center (which currently stands across Rizal Memorial) into a park that has a Disaster Risk Reduction area and provision for cisterns to control the consistent flooding in the vicinity. The lot of Harrison Plaza, incidentally, used to be park before the shopping complex was built. 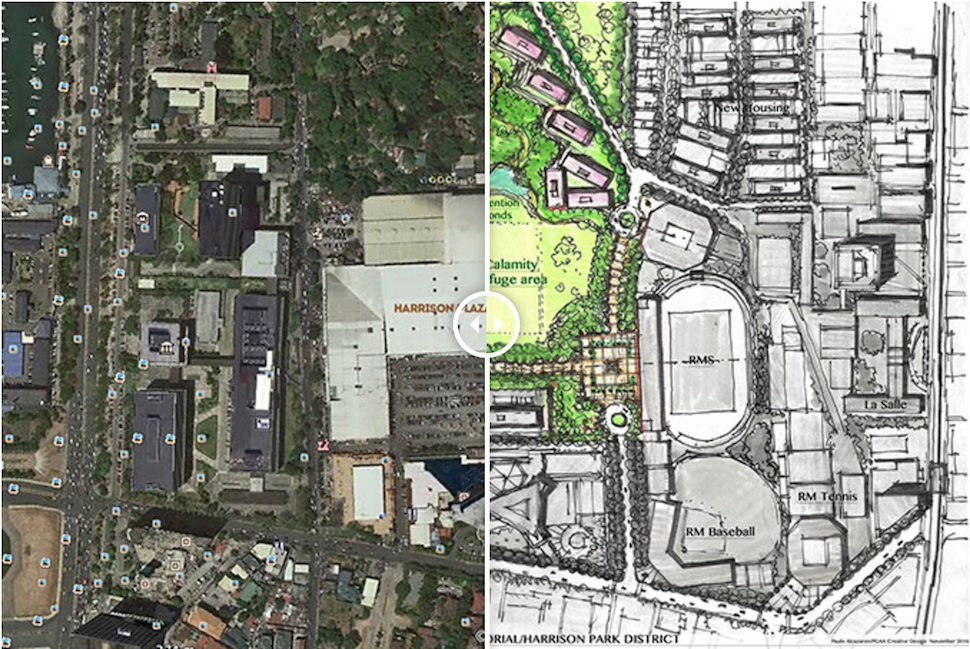 If you've ever wondered what the stick-like figure standing on a center island in the middle of the C5 highway near the airport was, that strange figure is actually a monument of President Carlos P. Garcia, for whom the highway is named (C.P. Garcia Avenue). The elevated bust/monument is now surrounded by low vegetation and other sculptures of unrelated heroes.

Alcazaren proposes that the other sculptures and other extraneous plantings be removed, and replace the bust with a more substantial statue of the former president engaged on a plinth. Any additional statues at the base waters down the purpose of the monumentâand in any case cannot be appreciated from moving cars." 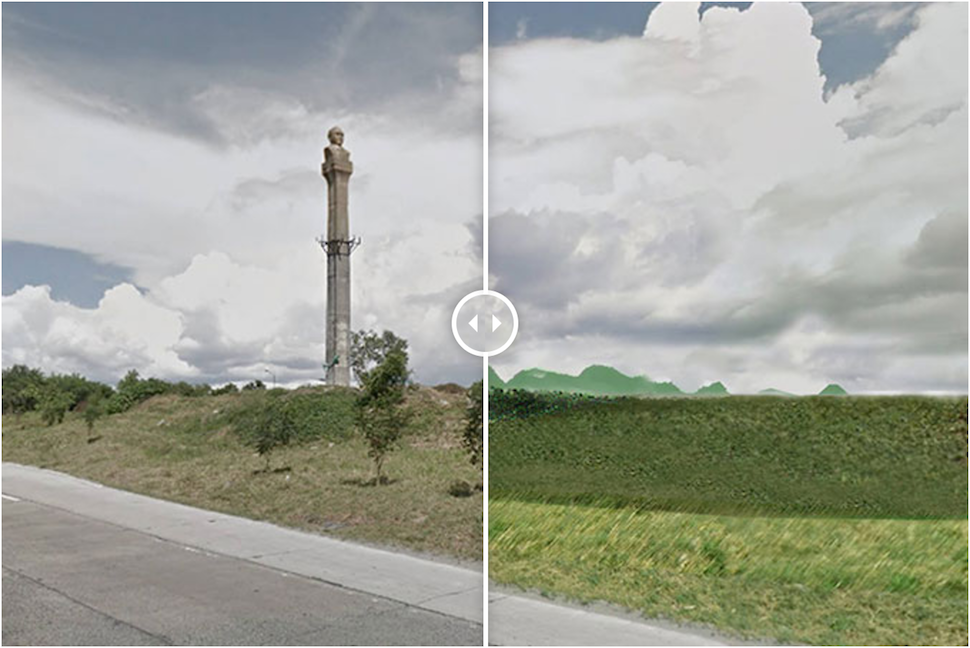 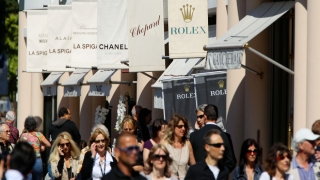 A Scientific Explanation Behind Your Shopping Impulses 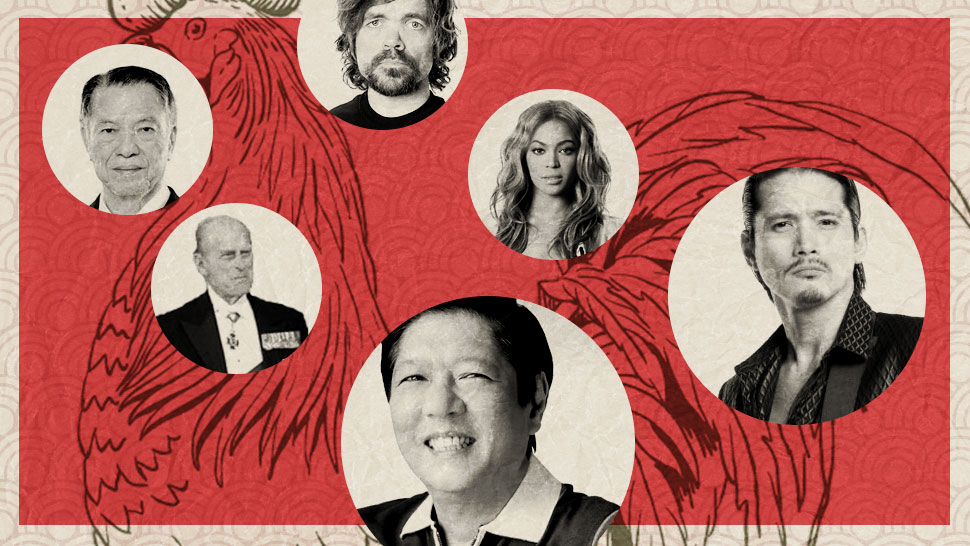