Stan Cabungco made waves in a world bodybuilding tilt. 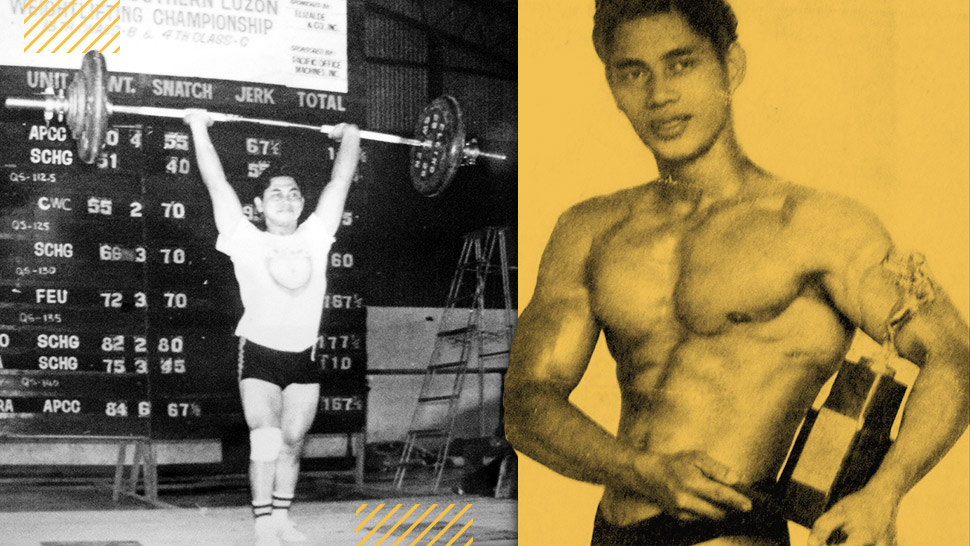 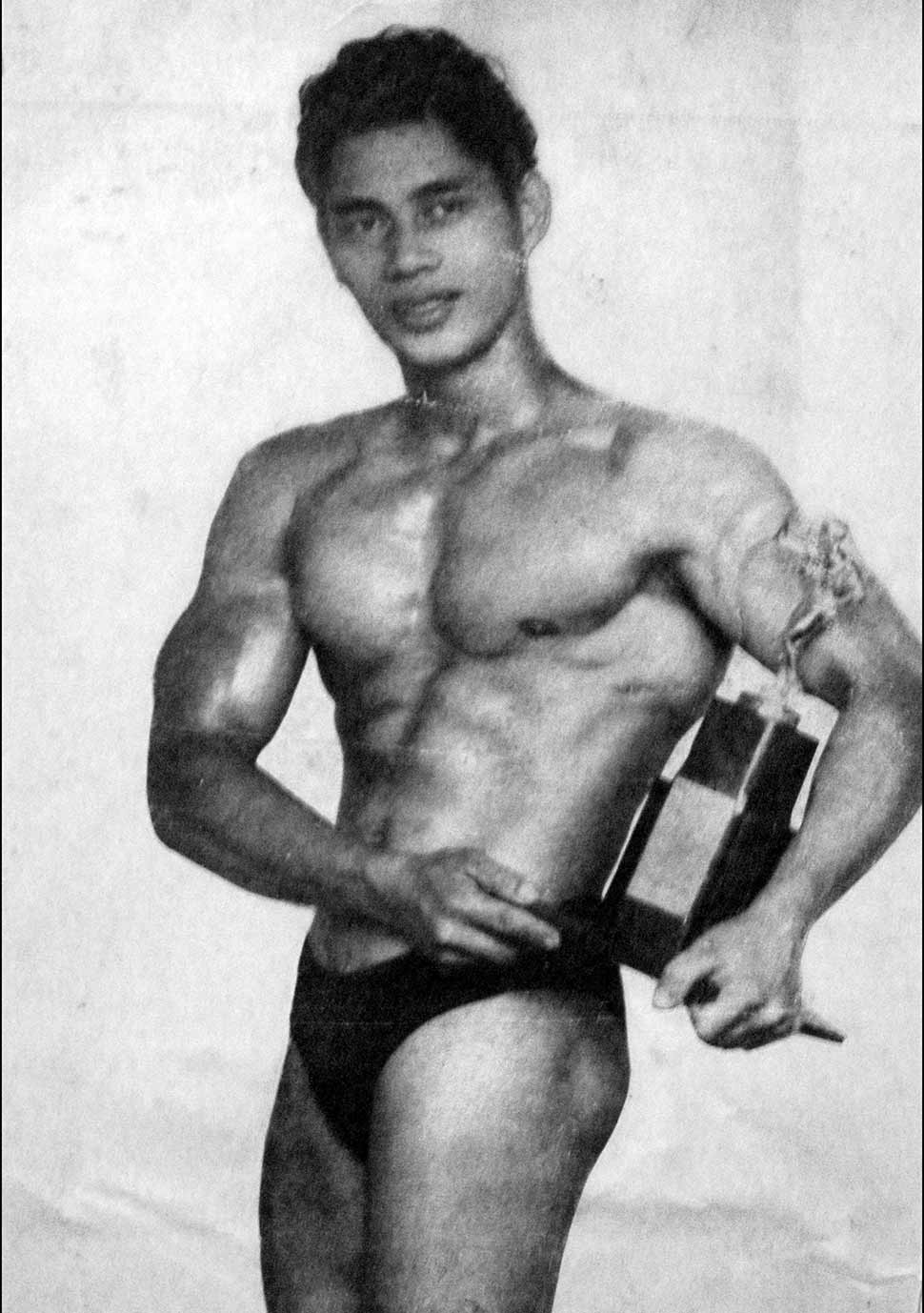 Estanislao “Stan” Carbungco, the icon of Philippine bodybuilding, was born on November 13, 1931, to Don Ambrosio Ocampo Carbungco and Doña Angelina Cuenco. He was the youngest of seven children. Don Ambrosio, a former chef of Casino Español, was a successful restaurateur, founder of the popular Carbungco Restaurant, a well-known catering and dining place in pre-war Manila, with a branch in Antipolo.

Though the young Stan was raised in a comfortable household, he learned the value of hard work from his father who had no qualms washing dishes and doing menial jobs in his own restaurant.

Carbungco spent his school years at the Far Eastern University, where he finished high school. He would later finish his Commerce degree at the same university.

Sickly growing up, Carbungco was plagued with all sorts of illnesses like typhoid and pneumonia. At age 20, the weakling weighed only 89 pounds. He began doing weight training in a gym his neighbor owned. Carbungco became so good at it that he was soon immersing himself deeply in physical culture. His parents did not approve of his interest in bodybuilding, which was not a common sport at that time.

The only visible musclemen in the '50s were Jesus Ramos, Mr. Philippines of 1951, who became a certified star after appearing in a series of jungle movies, and dubbed as the Philippine Tarzan, and his contemporary, Arlen Quindoy Aguilar, who used bodybuilding as a stepping stone to showbusiness. The former Mr. Luzon assumed the screen name Cesar Ramirez and starred in the big budget 1951 film, “Bernardo Carpio” opposite Alicia Vergel, who would become his wife. Then there was Olympian Rodrigo del Rosario, who, en route to placing fourth in the 1952 Helsinki Olympics, set a world and Olympic record in the military press portion of his event. 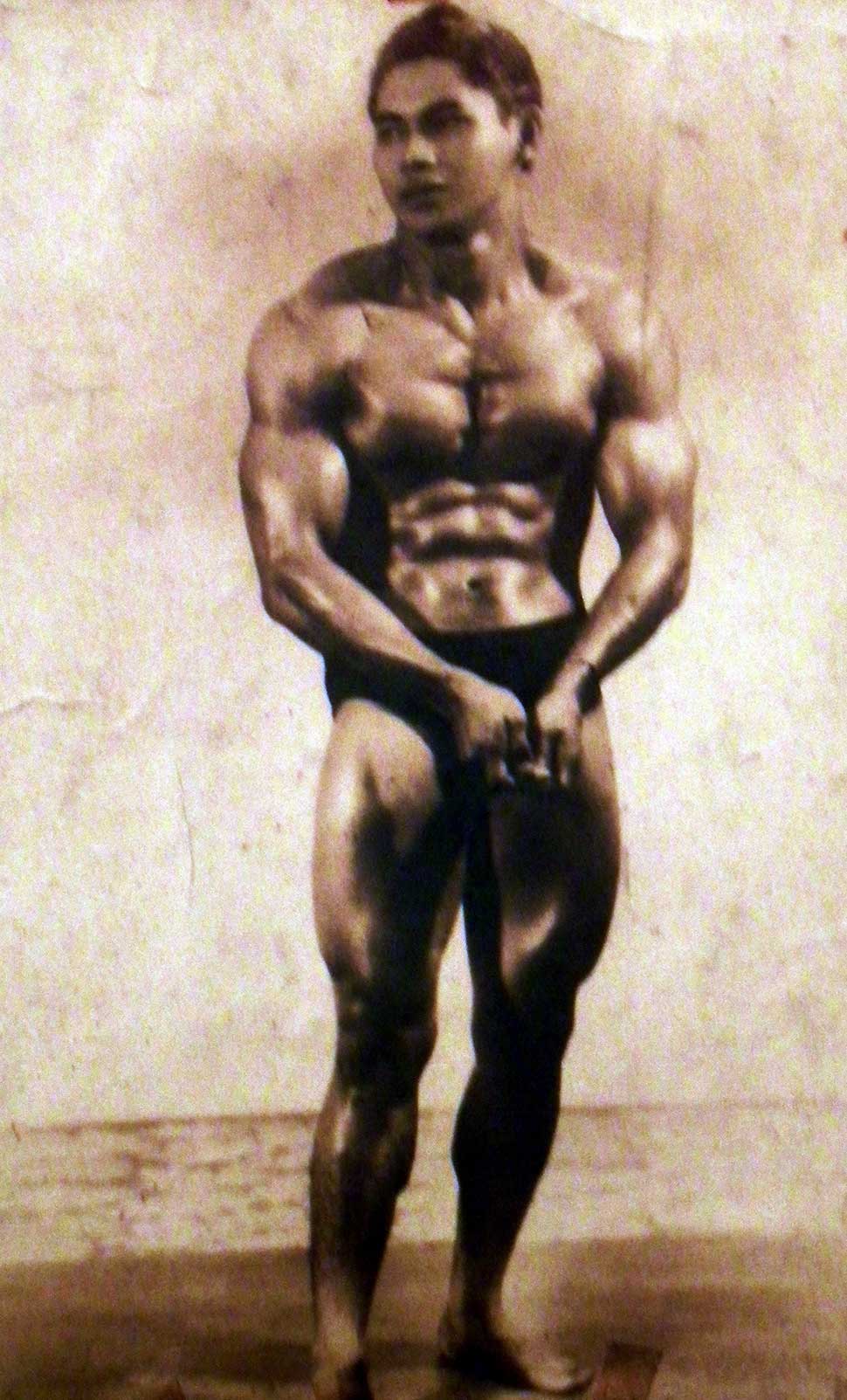 Hoping to join competitions, Carbungco continued to train in secret. In 1954, he qualified for the Mr. Philippines bodybuilding contest, and to his surprise, won his first of two Mr. Philippine titles. He would duplicate that achievement by winning the Mr. Philippines title yet again in 1959, pipping Manuel Hernandez in the finals with the slimmest of margins—225 to 224 points. 1959 would prove to be his most successful year. 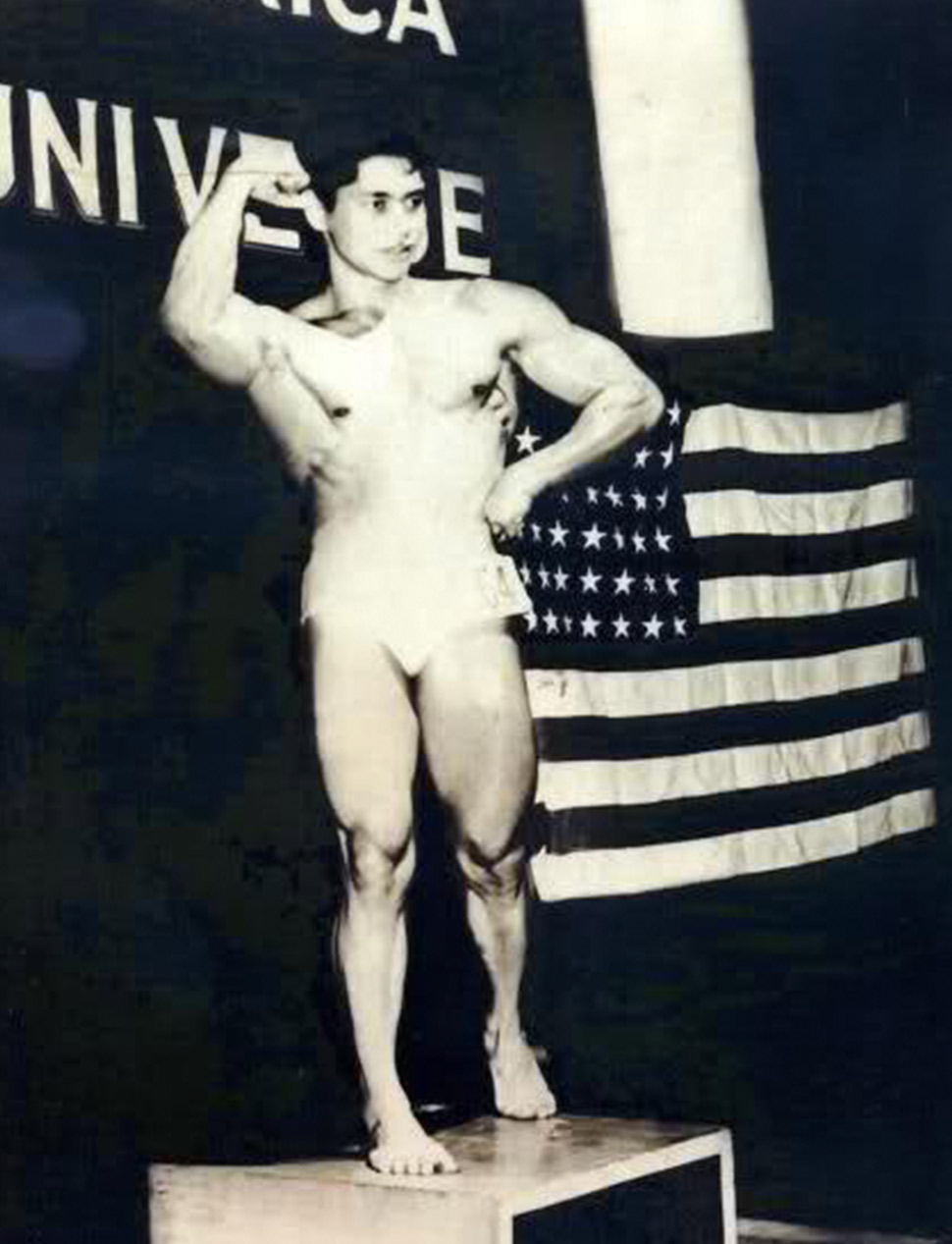 It was an exciting time for the 28-year-old Carbungco to fly to Montreal, Canada as the first ever country representative to the 1959 Mr. Universe bodybuilding contest. This premiere event was organized by the International Federation of Body Building and Fitness. He travelled alone to Canada braving the winter cold, without a retinue to assist him, but that did not seem to faze him. He not only made bodybuilding friends from around the world—but also made history for Asian sports. 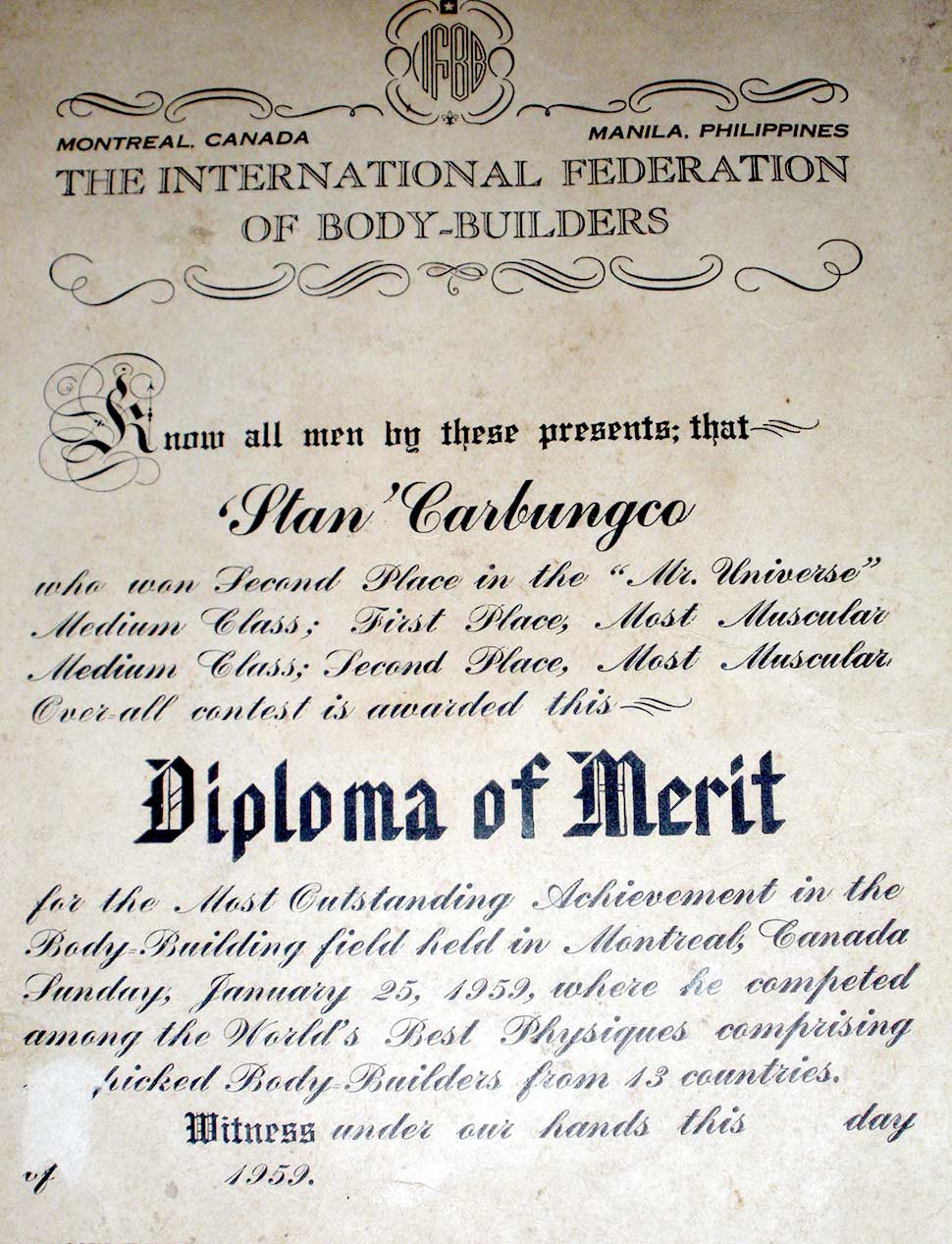 At the exciting finals held on January 25, 1959, Carbungco placed 1st as the Most Muscular in the Medium class division, and earned runner-up honors to Mr. Universe Medium class. In the overall class, the unheralded athlete was named second Most Muscular, after Eddie Silvestre of the U.S., who went on to become Mr. Universe. With his placement, Carbungco became the first Filipino and only Asian to break into the winning circle, a feat unprecedented at that time.

From Montreal, the Filipino muscleman went to New York where event sponsor Getz Bros., distributor of Borden Milk, feted all the winners at the Waldorf Astoria. Upon his return, Carbungco made a major shift by concentrating on weightlifting rather than bodybuilding. 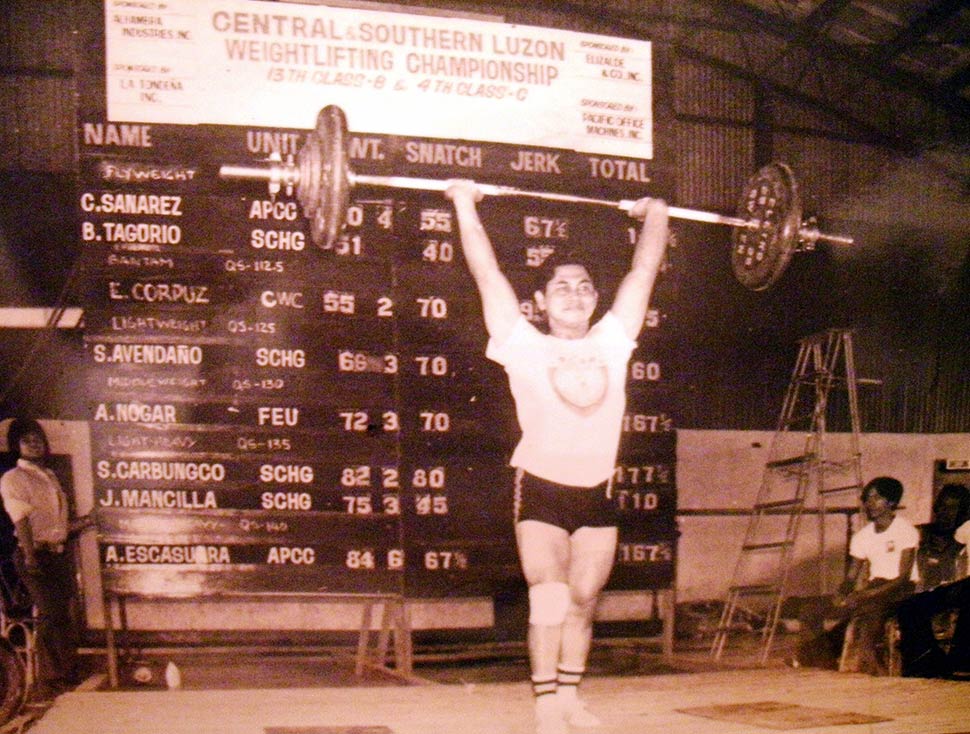 It was an opportune time as the 1960 Rome Olympics were coming up, and he was hoping to follow in the footsteps of the prodigious Rodrigo del Rosario who, 8 years before, pressed 231 ¼ lbs., a new Olympic Mark in his featherweight division. He began powerlifting, and at one point, he was lifting weights that would have been good for Olympic bronze or silver.

Indeed, Carbungco was being touted as a sure Olympic bet and medalist in weightlifting, but his Olympic dreams were dashed when, after appearing in a print ad for boat motors, he lost his amateur status for being paid as an endorser. 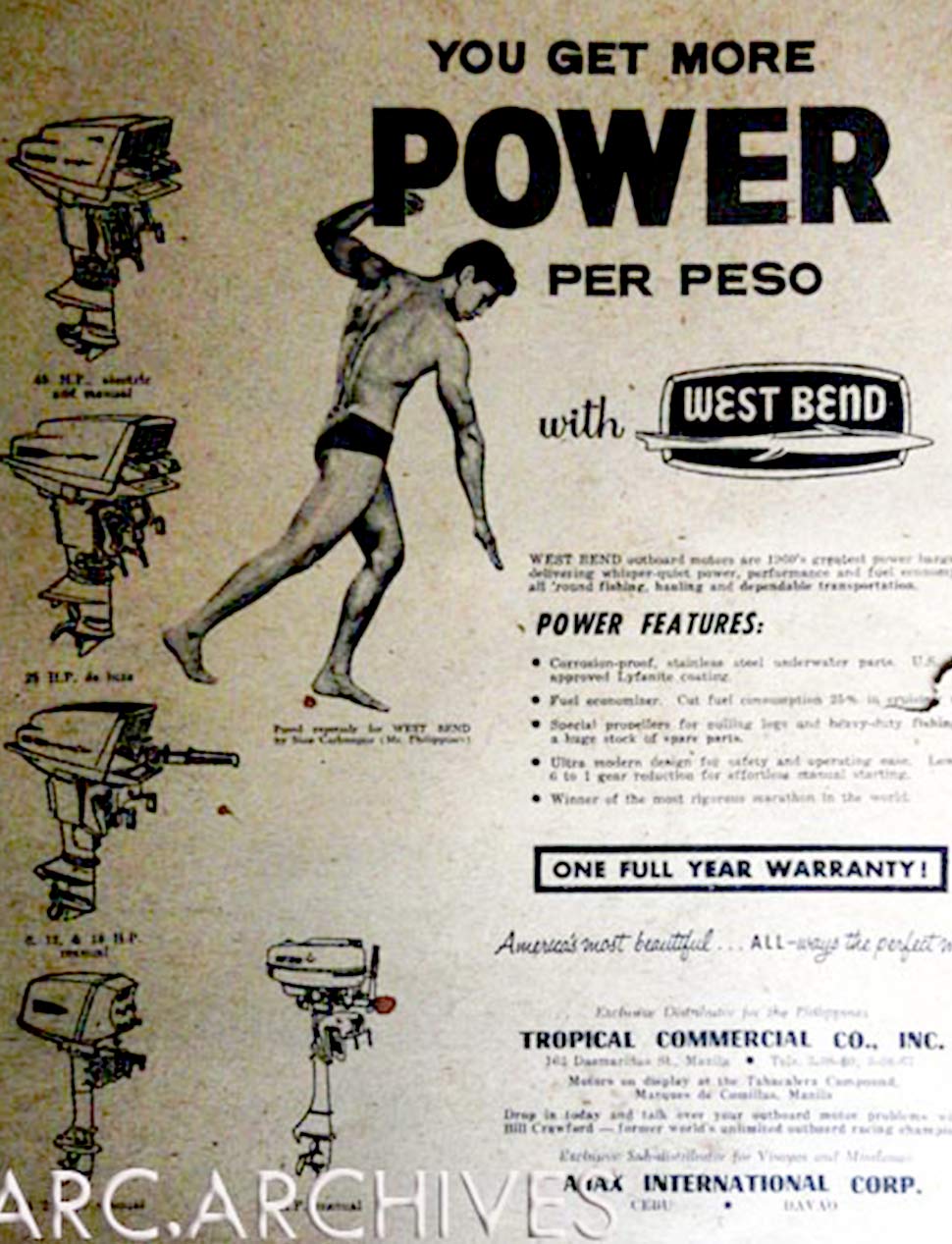 Carbungco was sadly frustrated over this disqualification, but never looked back. Instead, he stepped up his efforts to promote the sports of bodybuilding like never before.  After his competitive days were over, he put up a weight and fitness center, ‘Stan Carbungco’s Gym”, in Quezon City where he personally trained and mentored many young physical culturists. 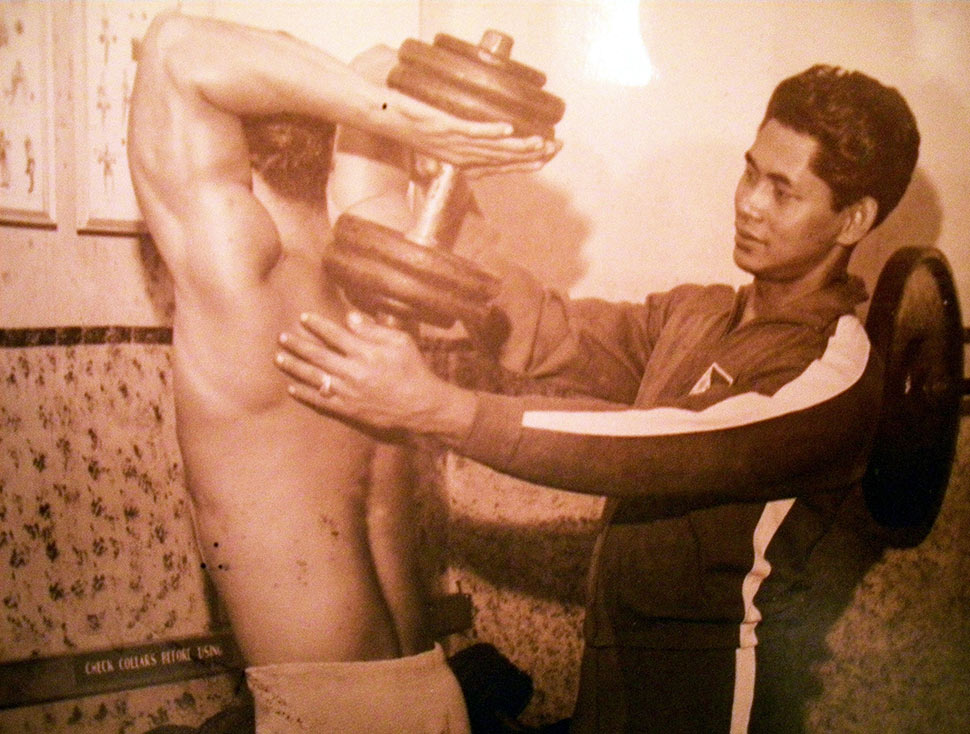 To meet the growing needs for gym equipment, Carbungco pioneered the local manufacture of weight-training equipment and gear in the Philippines.  The well-patronized gym had a loyal following, and the hallowed institution for bodybuilding has been in operation for over 50 years now. 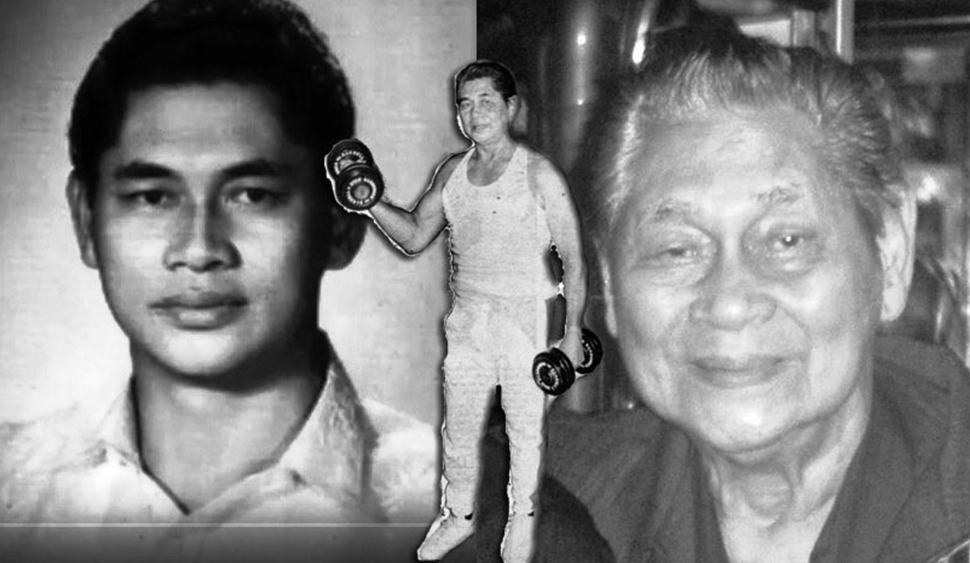 All his life, Carbungco devoted his time and effort to the fitness sport he loved. For many years he headed the Philippine Federation of Body Builders, an official affiliate of IFBB which fields Filipino bodybuilders to various competitions abroad. He co-founded the Powerlifting Association of the Philippines (PAP) in 1982. He never forgot the sports that made him famous too. At the remarkable age of 60, he could still snatch a 110 pound barbell with relative ease.

Fifty years after his victory in Canada, he returned to his place of victory where some of his children were settled. There, he tried to locate his fellow bodybuilders whom he had competed against, way back in 1959. He was saddened to find that all passed away, leaving him as the lone survivor from that golden age of competitive bodybuilding. 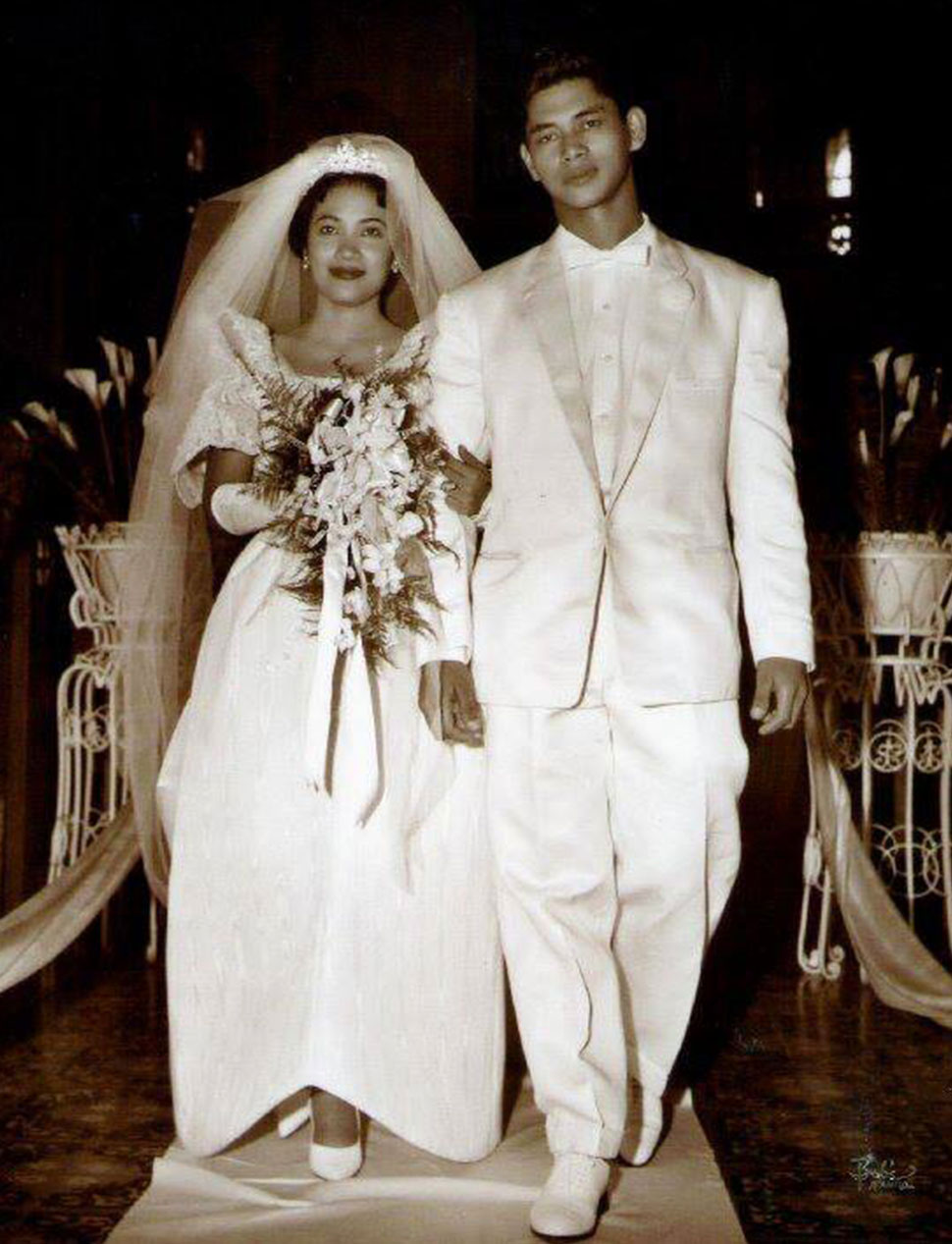 The legendary bodybuilder, “Mang  Stan” as he was fondly called in his later years,  passed away at age 81 on March 10, 2012. He left behind his wife, Edna Oquendo-Carbungco and their children, and a legacy of health and fitness that he passionately pursued, and which continue to inspire Philippine sports to this day. 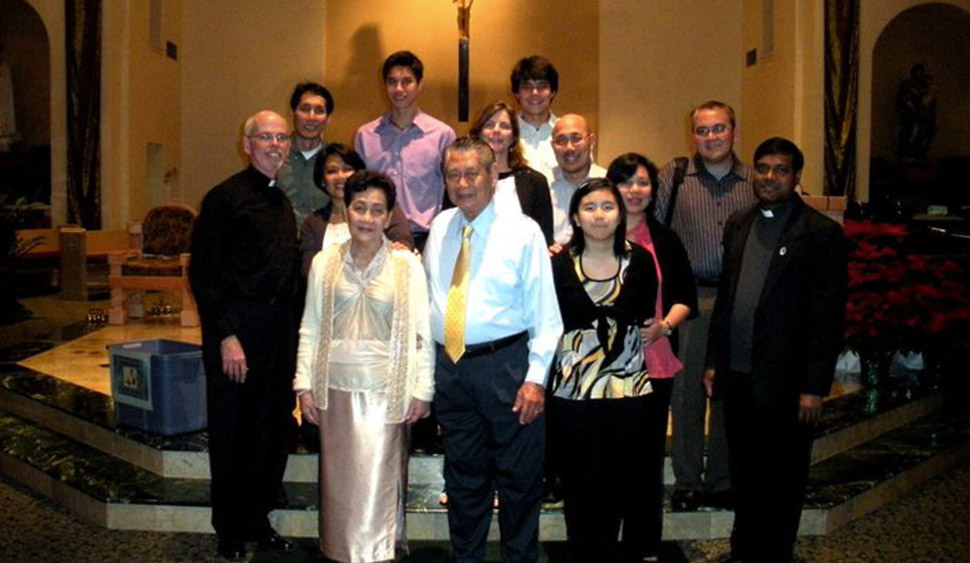