"She was in a hippity-hoppity mood that day." 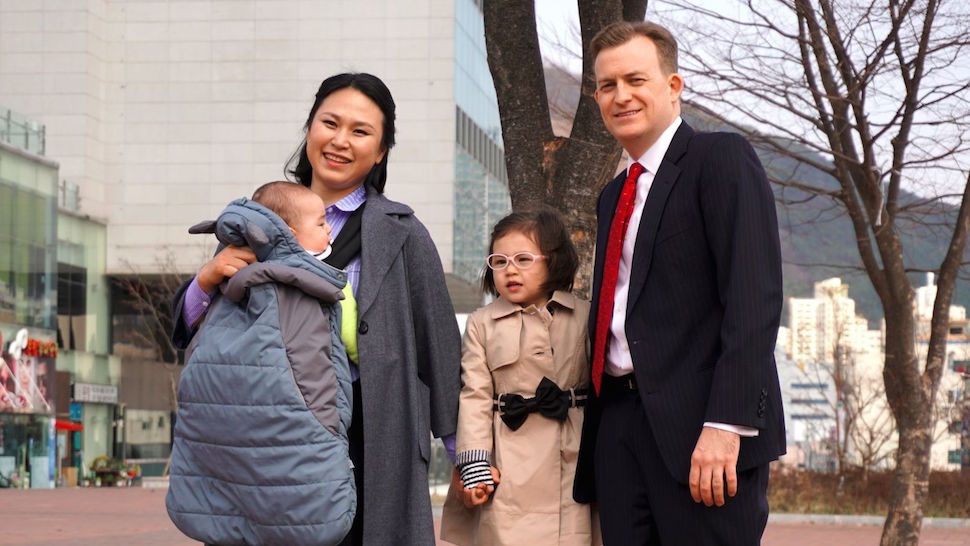 When Robert Kelly appeared on BBC World News on Friday, he expected to give expert commentary on the impeachment of South Korea's president. He did just that, but along the way he became the Internet's newest obsession, because his kids adorably crashed the Skype session.

Kelly and his wife, Kim Jung-A, spoke out for the first time to the Wall Street Journal about what really happened during the segment. He did the interview from his office in their home in Busan, South Korea, and Kim and the kids were watching from the living room. Kelly wore jeans with his dress shirt and tie, and Kim was filming the clip on her phone.

When the interview began, their 4-year-old daughter, Marion, started jumping excitedly when she saw her dad on the screen. She was already in a great mood because she had her birthday party at school that day, and she wandered around the house to try to find her dad. "She was in a hippity-hoppity mood that day because of the school party," Kelly said. Her baby brother, James, followed behind in his walker, while their mom was busy filming the appearance. 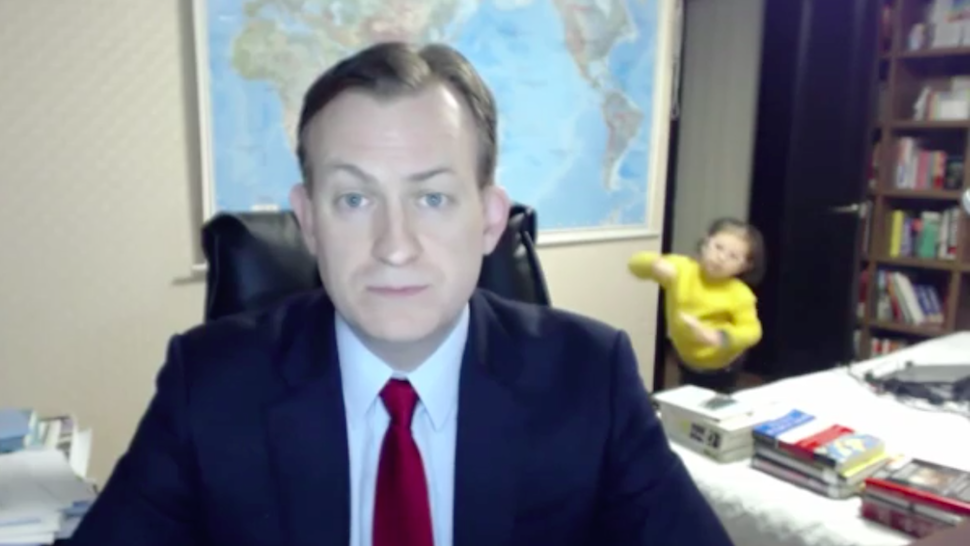 Man Gatecrashed By His Sassy Kids During Live TV Interview

Kelly forgot to lock the door, and a viral moment was born. The whole time, he thought the BBC might try to cut to another angle or zoom closer on him, but they didn't, so viewers saw everything, even when Kim barged in to try to get the kids out of the shot a few seconds later. (She didn't notice at first because of the tape delay.)

"He usually locks the door," Kim said. "Most of the time they come back to me after they find the locked door. But they didn't. And then I saw the door was open. It was chaos for me."

At first, Kelly and Kim were worried that the viral moment would hurt Kelly's chances of being booked as a TV expert. He even apologized to the BBC, but they actually asked him if they could release a clip online to show they were just a normal family. Then, their lives changed almost immediately, and they had to put their phones on airplane mode because of all the demand.

But overall, the parents say the response has been overwhelmingly positive, and they haven't disciplined their kids for barging in. "I mean it was terribly cute," Kelly said "I saw the video like everybody else. My wife did a great job cleaning up a really unanticipated situation as best she possibly could... It was funny. If you watch the tape I was sort of struggling to keep my own laughs down. They're little kids and that's how things are." 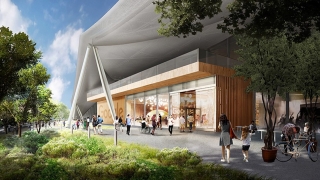