What we need to know about live sign language. 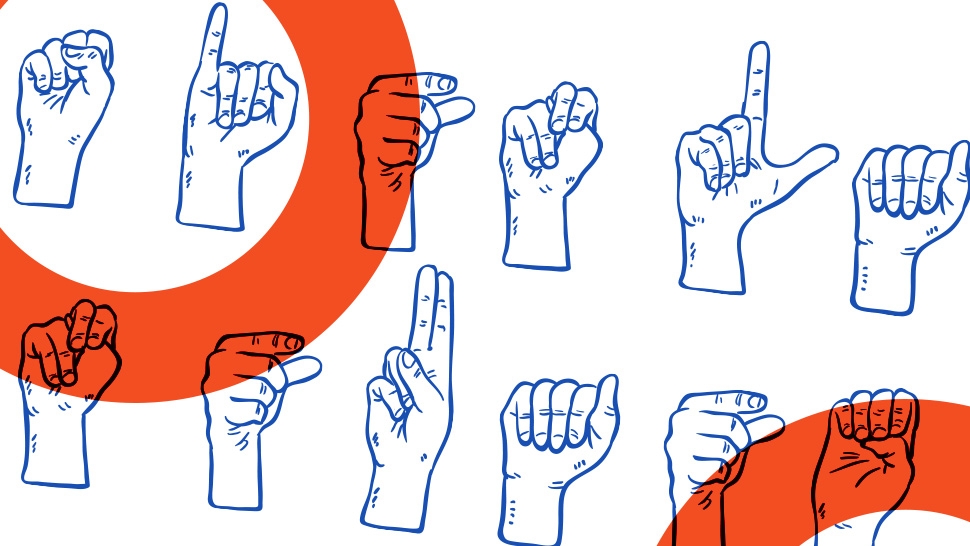 There were a few (literally) silent heroes that emerged during last night’s presidentiables debate: the sign language interpreters who appeared, ever composed, as an inset on the bottom of our screens.

“I was half-expecting the sign language guy to just flip the candidates the bird and walk out,” said one online commenter, doubtless echoing what many of us were thinking at the tensest moments of the proceedings. We caught up with JP Ecarma Maunes, one of the self-baptized "'terps," the morning after and asked him how he was doing.

We survived #pilipinasdebate2016! Kaya pa ug buhay pa po kami! It was an honor to serve our country for the benefit of PWD inclusion.Haha #FullyAbledNation #TVTerps

ESQUIRE: The first question we all want to ask is: Are you okay? How stressful was last night's job?

JP MAUNES: Back pain overload! (laughs) We arrived at the venue at around 1pm and stayed there until the program ended. But I am really okay. It was not that stressful because it's not our first time to sign on TV. There were three of us, so we took turns per segment and the other terps were coaching me to ensure that we didn't miss any important information. It was more challenging than stressful—TV interpreting is the Mt. Everest of sign language.

ESQ: What kind of preparation went into training for it?

JP: It took us two weeks to prepare. We had to conduct a series of consultations from the Deaf community about the appropriate signs that could be used for the names of the candidates, and we also had a series of workshops to anticipate the worst-case scenarios, the jargon, and the possible topics that might be discussed during the debates. During the debates, I was monitoring the feedback from our Deaf viewers via social media and text messages to ensure that we provided the highest quality of interpreting that the Deaf community deserves.

ESQ: You must have anticipated expletives coming from, er, certain candidates. Were you obliged to interpret if someone said p#%#! or [email protected]#$ ?

JP: A big Yes. Everything that the candidates will say live on TV, we will interpret. Actually, we prepared the signs for it. Sayang nga hindi lumabas. It could have been more epic!

ESQ: What was the most awkward or tense moment for you last night?

JP: Obviously, when everyone was spontaneously talking to each other together. I had to keep myself composed and focus on what I could understand.

ESQ: Did you have to tone down any of the candidates’ answers?

JP: [That would be] a violation of our code of conduct. We have to portray the personality and characteristic of the person talking. That’s why it's important to set up an inset that is big enough for the viewer to see our facial expressions or non-manual signal (NMS), as we call it. Without facial expressions, our signs will not mean anything.

ESQ: People from Manila don’t have sign language interpretation of their daily news. Do you still have that in Cebu?

JP: For now, the sign language interpretation on TV has been suspended in Cebu, but we are planning to resume by April. The city government has approved an ordinance requiring all TV stations in Cebu City to provide interpreters on their news programs. We are anticipating a huge demand for interpreters around that time.

ESQ: Why is it important to have that?

JP: You know, we were lobbying for the passage of the Filipino Sign Language Act and the Filipino Sign Language in Broadcast Media Act, but it was not supported by our lawmakers. We felt it was least prioritized. That’s important, because recognition of Filipino Sign Language as a national language for Deaf Filipinos is the core of the human rights advocacy for the Deaf community. Without sign language interpreters the society will be in shut off for every deaf person. For example, according to UNESCAP, in an event of a disaster, it is 10 times most likely a PWD will die due to the inaccessibility of information in broadcast media and barriers in the environment.

ESQ: What were your plans for today? Are you resting?

JP: I'm taking a day off! I have postponed our training to rest and spend time with my family. I enjoyed the tweets and reactions in social media expressing their support and posting their memes online.

This interview was originally posted on Esquire's Facebook page on March 21, 2016. 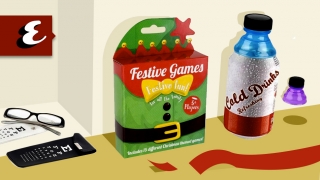