These Were the Highest-Paid Government Employees in 2017

The most highly paid official received Php14.9 million in 2017. 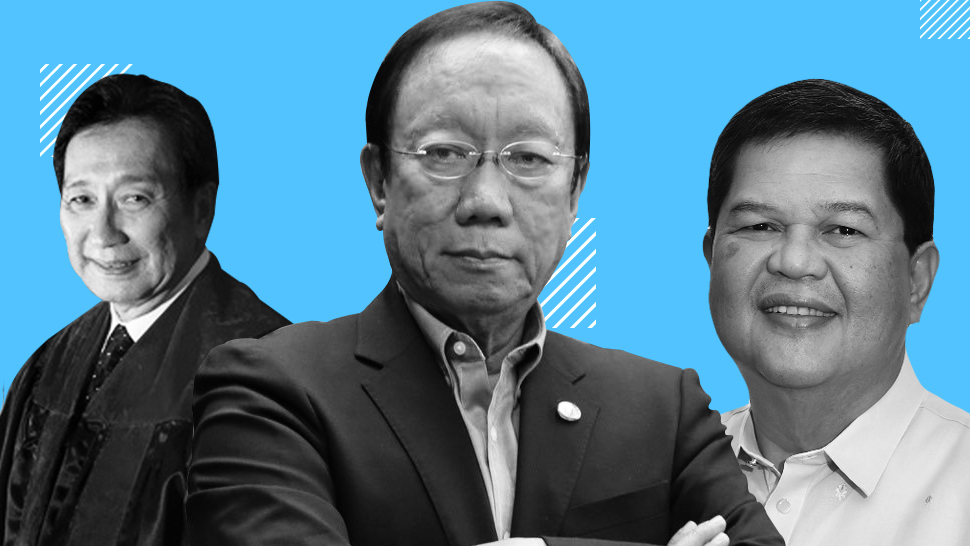 Bangko Sentral ng Pilipinas (BSP) Governor Nestor Espenilla Jr. received the highest amount of salaries and allowances among more than 8,000 government officials in 2017, according to a report by the Commission on Audit (COA) released on June 26. 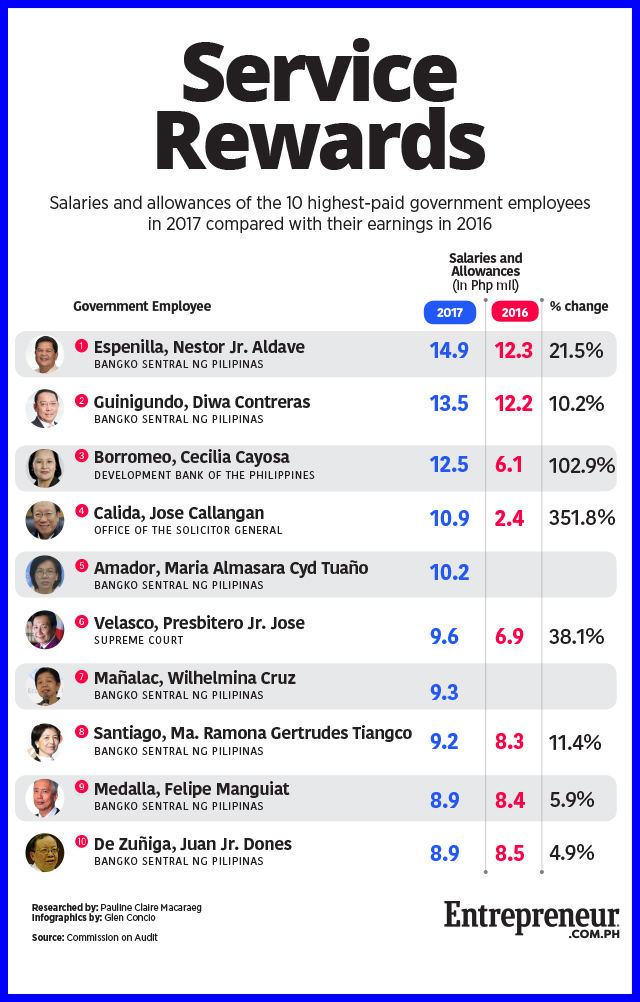 The central bank chief received Php14.9 million for salaries and other emoluments last year, a 21.5-percent increase from what he received in 2016. He replaced former BSP governor Amando Tetangco in this year’s rankings.

Diwa Guinigundo, deputy governor for the BSP’s monetary and economics sector, follows with a total of Php13.5 million. His salaries and allowances also increased by 10.2 percent.

Out of the top 10 highest-earning officials of the Philippine government, seven of them are from the central bank. The remaining three are Development Bank of the Philippines President and CEO Cecilia Borromeo, Solicitor General Jose Calida and Associate Justice Presbitero Velasco Jr. of the Supreme Court.

Solicitor General Calida recorded the highest increase from 2016 to 2017. The salaries, allowances and other emoluments he received increased by almost five-fold from just Php2.4 million to Php10.9 million, pushing him to the fourth spot. 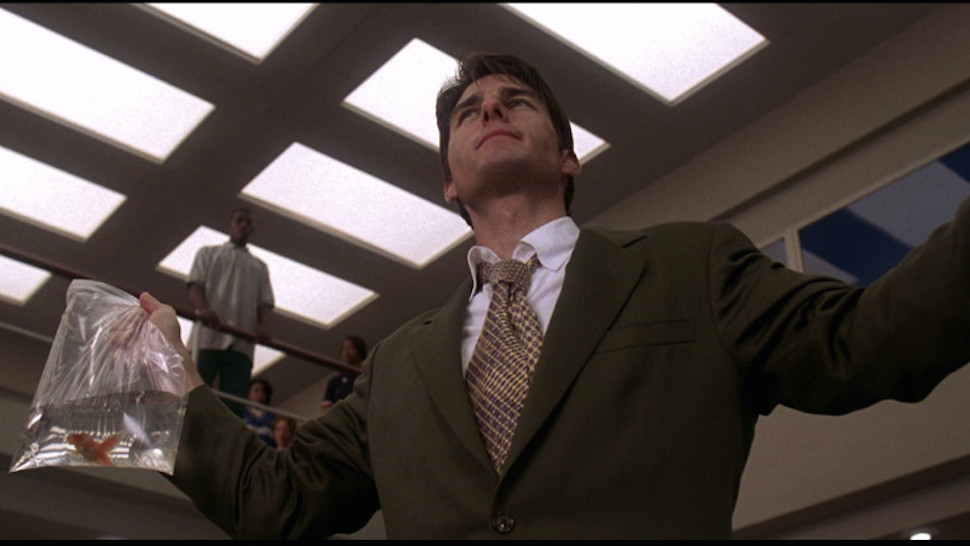