To their credit, Digichive immediately responded with a promise to take down the billboard. 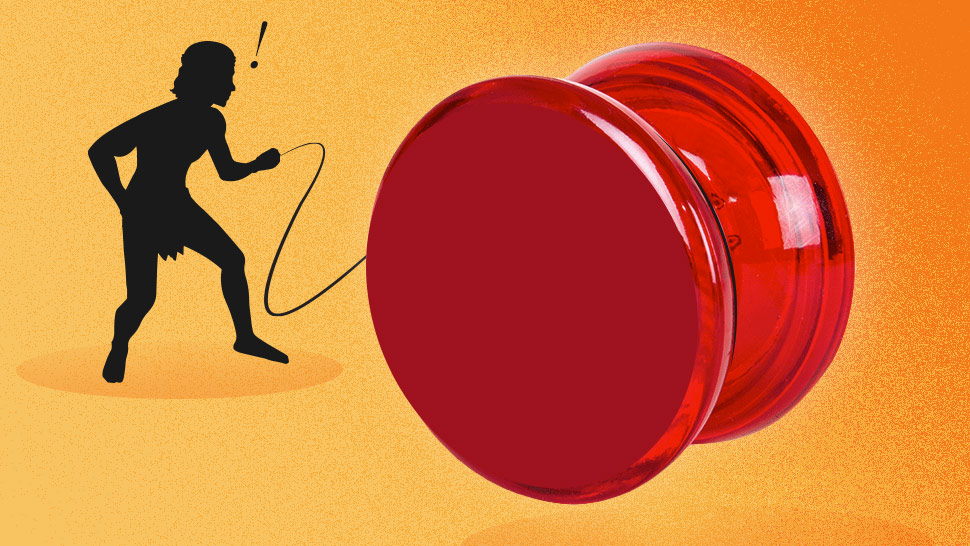 If you have been on an airplane and had had to go through the NAIA Centennial Terminal (aka Terminal 2) recently, you might have noticed a billboard that gave this little factoid about Philippine history. Together with an illustration of a yo-yo, the billboard reads:

NOT JUST A TOY!

The popular toy, the yoyo, was used by 16th century hunters in the Philippines. They would throw a rock attached on a 20-foot long rope or string at an animal's legs. Because of the weight of the stone, the rope would get entangled in the animal's legs which would allow the hunter to close in for a kill. 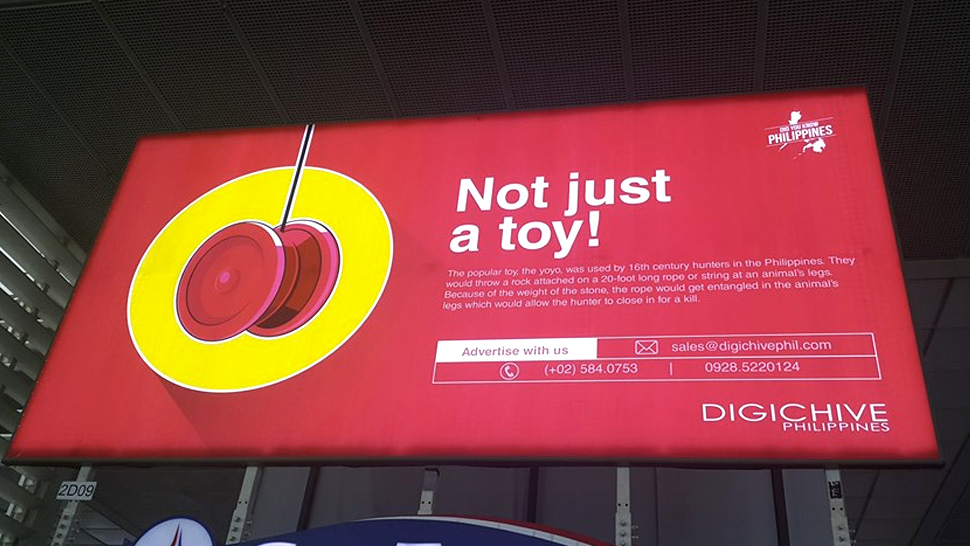 Nothing new, you might say. The invention of the yo-yo by pre-Hispanic era Filipino warriors is one of those historic bits of trivia that we remain proud of, like the invention of the fluorescent light by Agapito Flores, or the design of the lunar rover taking its inspiration from the jeepney.

But while we don't dispute the fact that there are many Filipino inventors and scientists who deserve recognition, let's be clear: None of these "facts" are true.

Science writer Timothy James Dimacali noticed the yo-yo error in the billboard last Tuesday, when he was walking around the airport killing time until his flight out. "Things like this may be trivial, but it's important to root out misinformation especially in a post-truth world," says Dimacali. "As we've seen, small mistruths can have big impacts. In this case, this yoyo story has been embedded in our collective consciousness for a hundred years!"

As Dimacali points out, there is no evidence that Filipino warriors used early versions as a weapon. The earliest records of yo-yos go back to ancient Greece—there is a vase that dates back to 440 BC clearly depicting a boy playing with a yo-yo.

One bit of toy history that might explain the urban legend: A Filipino immigrant to the US named Pedro Flores is credited with popularizing the toy in the 1920s, making it the ubiqitous plaything that we still recognize today. Perhaps related to the success of Flores, who is Ilocano, the origin of the word "yo-yo," says the Merriam-Webster dictionary comes "probably from Ilocano yóyo, or a cognate word in a language of the Philippines."

Dimacali has since contacted Digichive, an advertising company that specializes in airport billboards, to call their attention the the urban myth that they were inadvertently spreading. To their credit, Digichive has quickly responded to acknowledge the error, promising that they would take down the billboard. 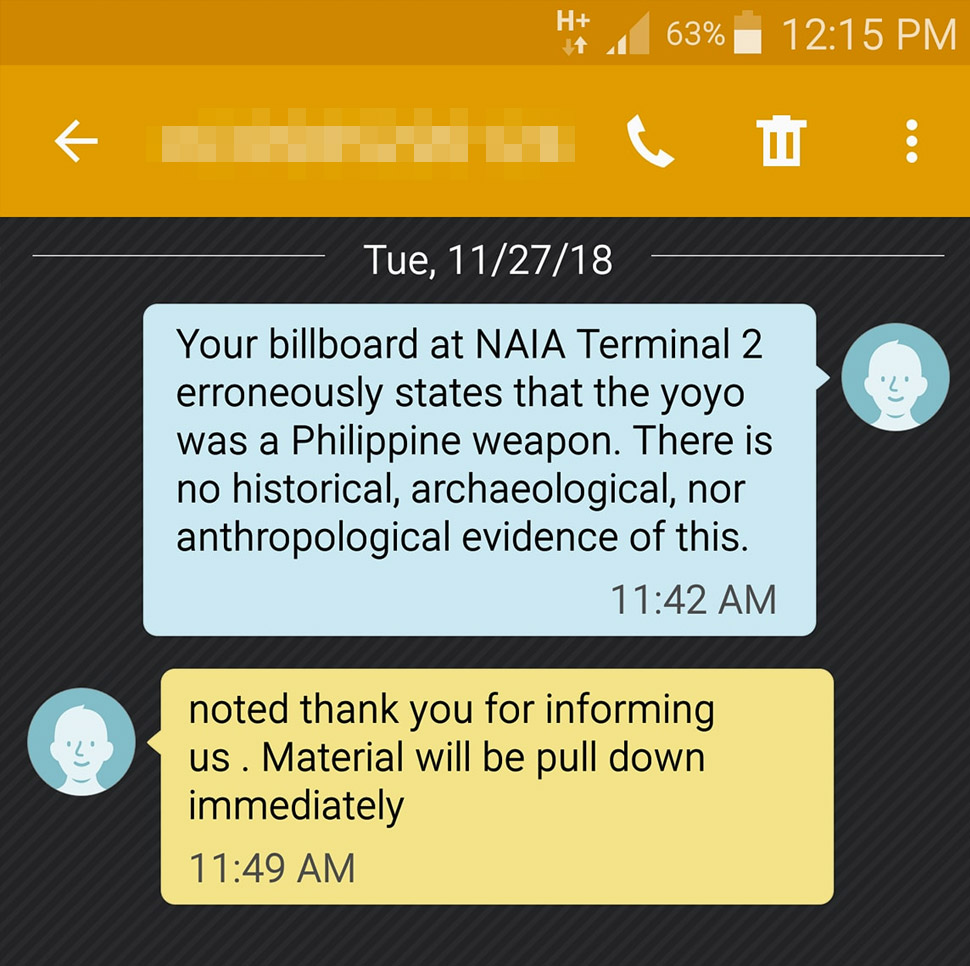 Fluorescent lighting goes back to a patent by Peter Cooper Hewitt, and even to experimental designs by Thomas Edison and by Heinrich Geissler before him—and "fluorescent" does not come from Flores' last name, but from "fluorescence," which refers to this particular kind of light. There is no credible source that proves the existence of an inventor or scientist named Agapito Flores, though the Internet is rife with retellings of this urban myth, sometimes complete with a photo purportedly of the guy.

Likewise, search for "lunar rover inventor," and Google will cough up a bio of Eduardo San Juan, who is supposedly "considered the primary designer of the Lunar Rover." While there is record of a moon buggy proposal by an E.C. San Juan that was submitted to NASA, this design did not make the final cut, and San Juan certainly did not work on any of the project teams that built the lunar roving vehicle that made it to the moon.

Knowing the truth is a better act of patriotism rather than holding on to misinformation. "By all means, we should seek out things that we can be proud of as a people," says Dimacali. "But it behooves us to make sure that these are real, and that we really understand the things we venerate." 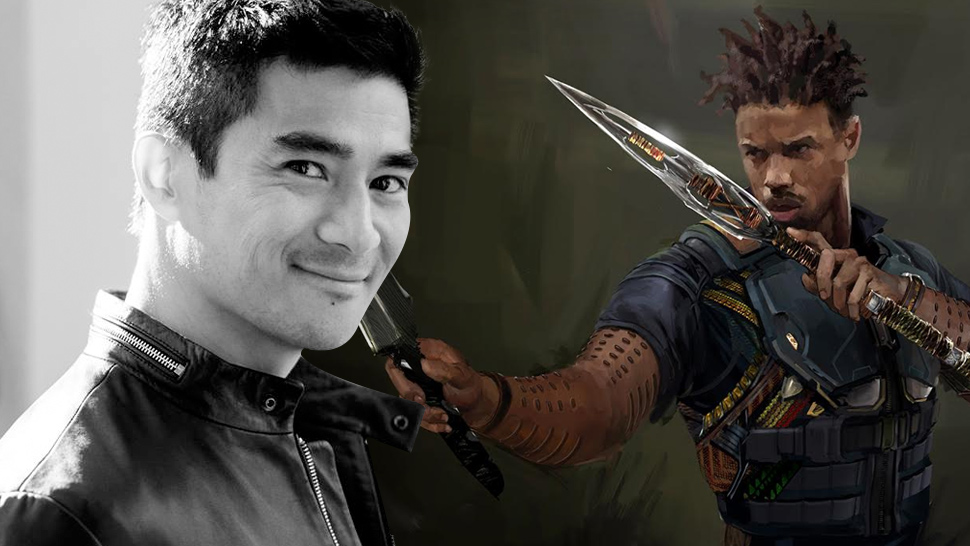