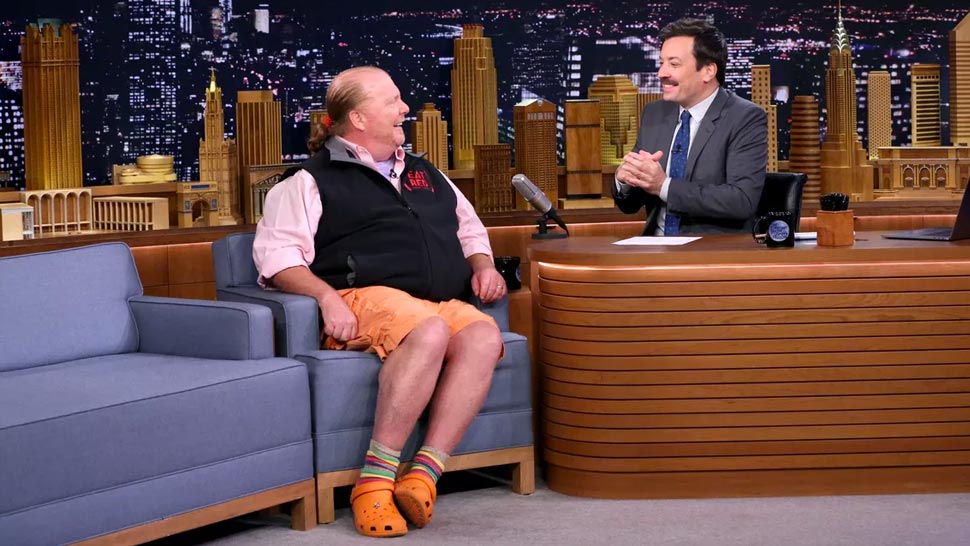 Mario Batali, famed chef and lover of orange Crocs, was recently accused of sexual misconduct. According to the report from Eater, he's stepping away from his restaurant empire after four women have come forward with stories of his inappropriate behavior. It's not the only affected part of his career; Batali's longtime favorite shoe brand and former collaborator, Crocs, has confirmed that its partnership with the chef is resoundingly finished.

Batali and Crocs teamed up in 2007 and created the Bistro Mario Batali edition shoe, a bright orange piece of plastic that doubled as a slip-on. Batali wore the shoes everywhere, all the time—on red carpets, to talk shows, while cooking. They became part of his brand. Amid accusations regarding Batali this week, Kate Taylor, a reporter at Business Insider, asked Crocs for its perspective:

It's pretty clear the brand has no interest in working with Batali again. Batali—the man who ordered 200 pairs of the orange shoes when it was announced they were to be discontinued—has not yet responded.