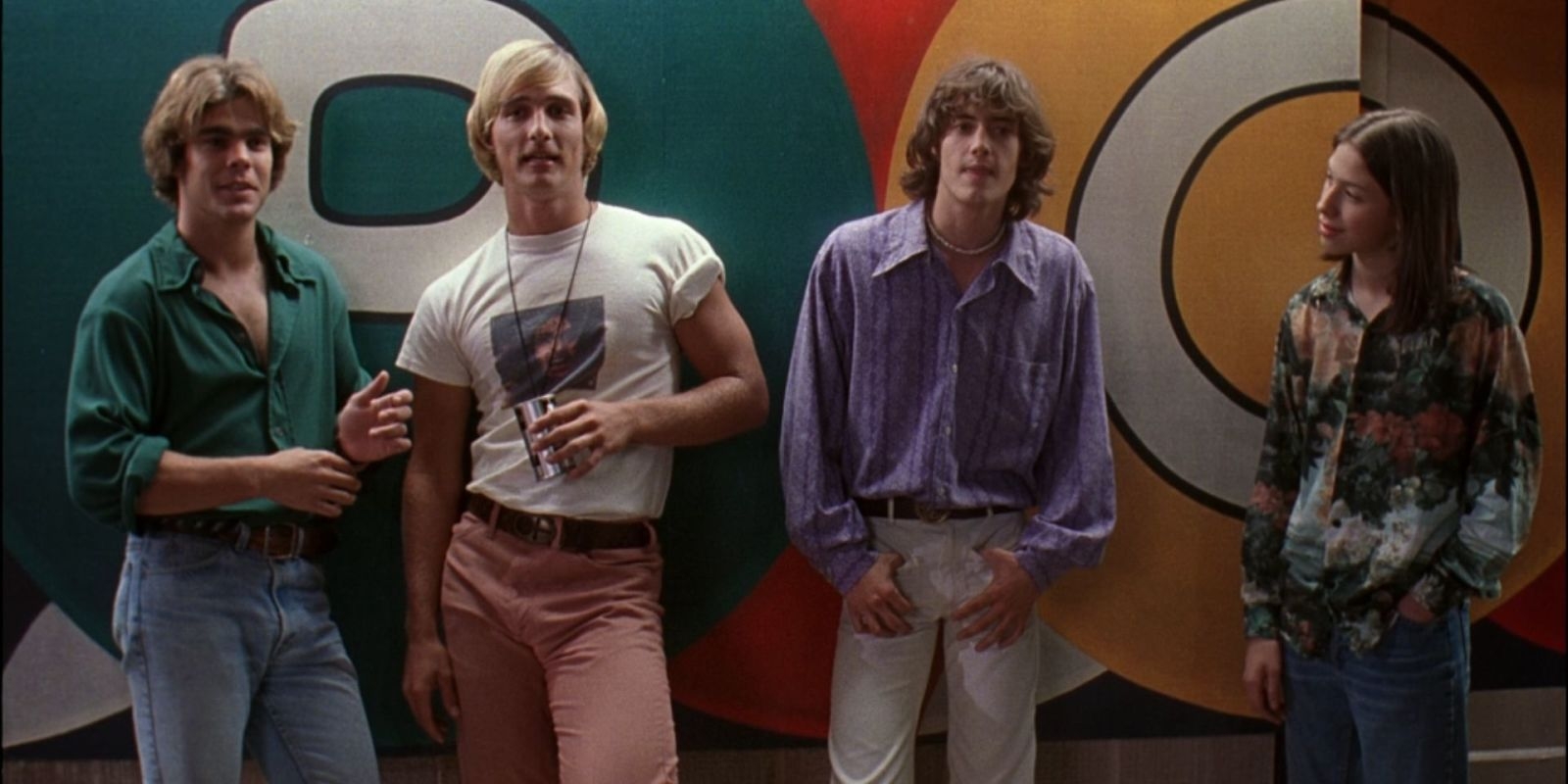 Being a teenager is an extremely big deal. A man and woman's formative years are what moulds them; defines their views and interests, and exposes them to the cold, harsh realties of adult life...plus there's a lot of awkward longing and embarrassing fuck ups.

Below, we've compiled the definitive list of cinema that best captures that six year period of hormones, strife, and acute discomfort. From classic coming of age tales, to gritty black and white portraits of urban struggle.

"It is his fault he didn't lock the garage."

The definitive teenage fantasy film, Matthew Broderick's portrayal of the eponymous Ferris became the template for a generation of slacker, troublemaker protagonists.

So '80s it hurts–in the best way possible of course - Ferris Bueller's Day Off explored the great unknown transition from juvenility to adulthood, and made everyone who watched it dream of sacking off school, ignoring your parents and taking ownership of the keys to a Ferrari.

Richard Ayoade's directorial debut is a world away from the brash, sun-drenched American comedy-dramas that came before it, instead focusing on the uncomfortable upbringing of a Swansea teenager, Oliver, who is determined to lose his virginity.

Moving, funny and etched with a sort of bleak loneliness that runs through every character, the Wes Anderson stylistic influences are clear, but Submarine is still a fresh and engaging take on the genre.

"Look at me, jerking off in the shower... This will be the high point of my day; it's all downhill from here." 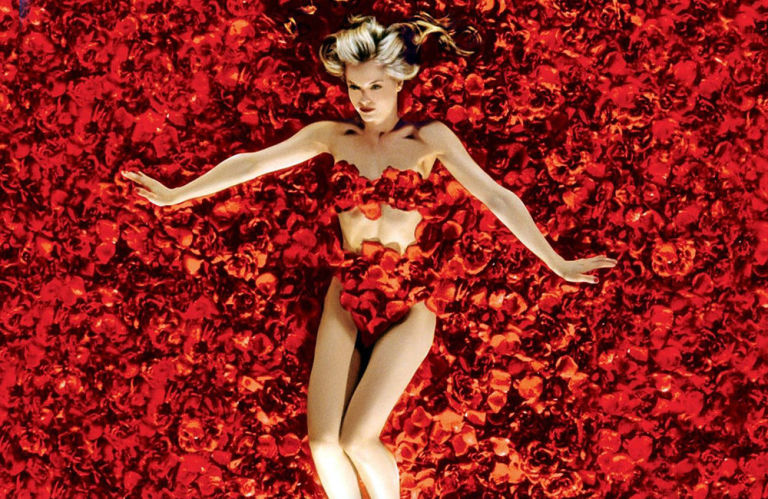 A bit of a sensation upon its release, American Beauty wracked up five Oscars, including a Best Picture, for its black, satirical take on suburban frustration and fantasy.

Kevin Spacey plays Lester Burnham, a dead-end salaryman with a cheating wife, who chucks it all in for a dark obsession with his miserable daughter Jane's best friend (a kind of youthful awakening and mid-life crisis wrapped in one). The daughter abhors both of her parents, and seeks to run away from home with her pretentious, plastic bag-obsessed boyfriend.

It's one of those rare films that managed to blend both comedy and tragedy in just the right doses. Oh, and there's that rose petal scene, obviously.

"I sure as shit don't know. Neither does anybody else, okay? We're all just winging it, you know?"

Richard Linklater's poignant or pretentious (you decide) 166 minute epic was famously filmed over the course of 12 real time years, with the cast reconvening each year to pick up the story.

Charting the course of a young man's life from infancy to his first day at college (hence the clever name), Boyhood may have been perceived as too meandering and earnest by some, but what you can't argue against is its emotional and authentic take on the trials of a normal existence. 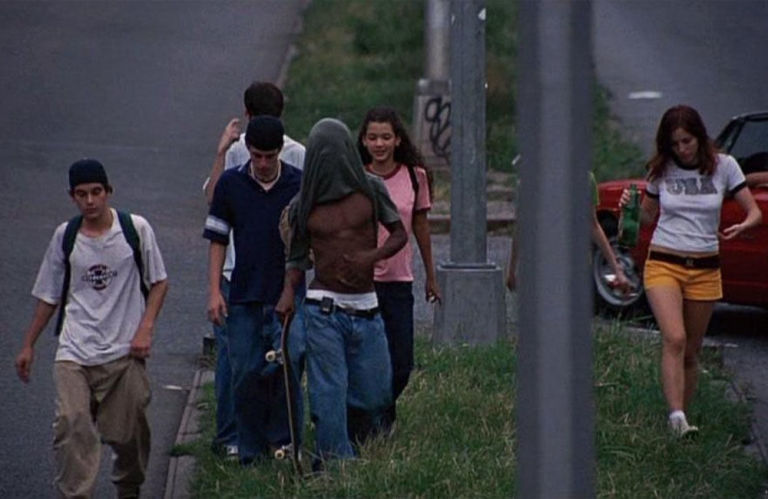 One of the most controversial films of the '90s, Kids presented a view of amorality and bored youth that had received little attention prior to its release; following a group of listless skater kids in New York as they fuck, fight and ultimately spiral out of control.

Written by Harmony Korine when he was just 22, most of the film's cast were plucked from amateur obscurity, which only helped lend the film a gritty and difficult credence.

Long before that horrendous rom-com phase and eventual Oscar-winning renaissance, Matthew McConaughey was the party and soul in an undisputed Richard Linklater classic.

Centering around a chaotic summer full of high school hazing, pranks and beer keg parties in small town Texas, Dazed and Confused is a nostalgia trip that gets better with every watch, and also features Ben Affleck as one of the most-punchable characters in film history.

"Nobody has gotten a hand job in cargo shorts since 'nam!" 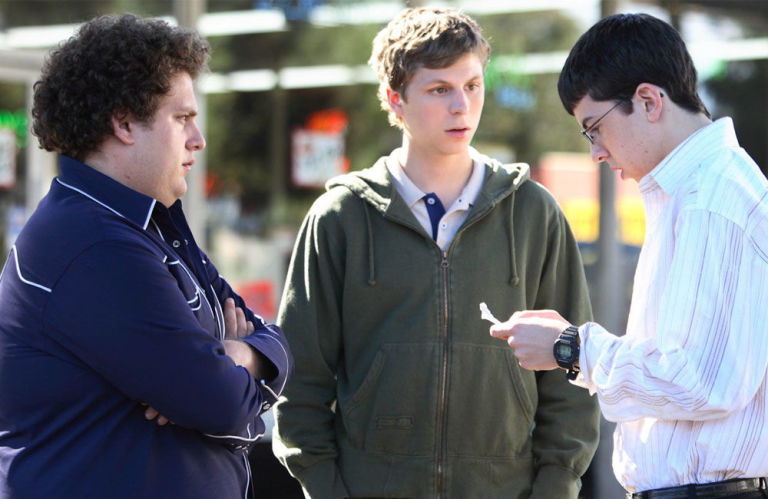 It's hard to believe that it's almost 10 years since Superbad arrived to make a generation of hopeless teenage boys feel slightly more comfortable with their crippling inadequacies.

While the premise might be simple–three hapless friends try to get drunk and get laid–the razor sharp dialogue and pitch perfect characters make it a coming of age story that will likely be relatable for as long as there are coming of age stories.

"We're all pretty bizarre. Some of us are just better at hiding it, that's all."

Not to be confused with that trendy breakfast place where you have to queue up for ages, The Breakfast Club is broadly considered to be the definitive high school movie and is still a stone cold classic more than 31 years after its initial release.

Following five teenagers from different school cliques as they're forced into morning detention, the sentiment might be a bit obvious now (we're all so alike!), but the comedy timing and unconventional character development stop it from ever straying into soppy territory.

"The world is ours." 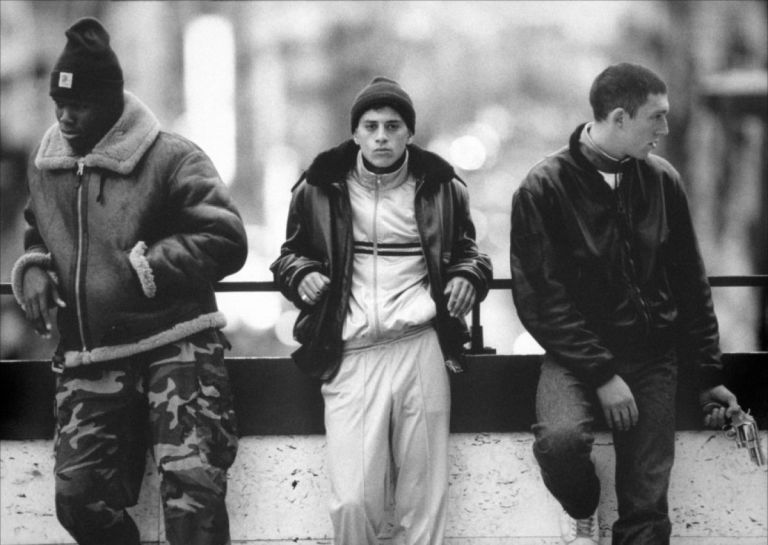 One of the most beautifully shot films you're ever likely to see, this French classic ignited huge social discussions upon its release, as it gave a platform to the bored, lost and listless youths of France's untouchable ghettos.

While the subject matter might be harsh, the fundamentals for a classic young man's movie are all there. From the tense challenges of friendship to the longing for adventure and escape.

Made over just 28 days with a budget of $3.8 million, Donnie Darko was the mind-bending sci-fi drama that gave Jake Gyllenhall his big break, playing a teenager who befriends an apocalyptic rabbit who may or may not be there...Yes, it's a bit weird.

While its theatrical release bombed, it has since gained a cult following thanks to its challenging themes of death, depression and parallel universes. Perfect for anyone who is feeling a bit existential and pretentious. 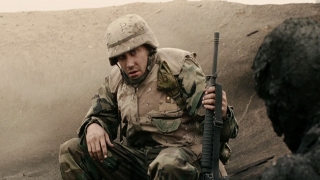