War movies every man should see 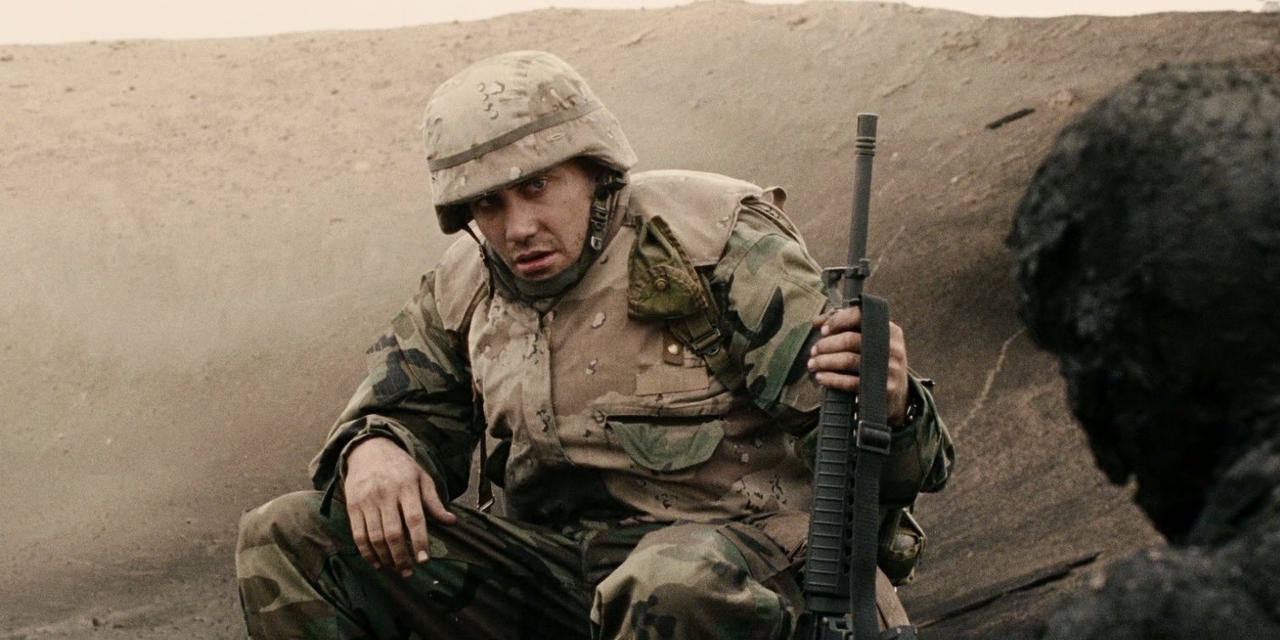 In 2017, most men don't have to go to war—and thank god for that. Watching war films, however—well, we can't get enough of that.

No wonder. Aside from providing the thrill of vicarious violence, the best war movies explore the drama and emotions experienced by people operating in the most extreme circumstances history has devised, where the morality, kinship and hope are stretched the breaking point.

Here are the best war films of all time, chosen from across six decades of cinema.

The late Richard Burton and Clint Eastwood parachuting behind enemy lines before donning Nazi uniforms to infiltrate a Nazi fortress high in the Alps may sound like disposable, light-hearted Sunday afternoon viewing, but Brian G. Hutton's 1968 classic has much to recommend it. Written as a screenplay by Alistair MacLean (the author behind The Guns Of Navarone) the film tackles Shakespearean themes of betrayal (the title is from a line in Richard III) as well as packing in more twists and turns than a creepy Nazi castle. Is Burton's Major Smith a double agent? Why is Mary Ure such a stone cold killer? And why don't British-made guns work?

It's tempting to see the film as a two-person play-off between Burton and Eastwood (in pre-Dirty Harry Dirt Harry mode) but the film belongs to Burton after the script was re-worked to give him the lion's share of the dialogue, helping him to out-cool The Man With No Name. The cable car fight scene in which Burton dispatches a Nazi with an ice-pick helps.

"The Bible says 'Thou shalt not kill'. But hear this, Fuck. That. Shit." So says Jamie Foxx's Sgt Sykes in full on marine mode. Perhaps the only war film in which the army never fight their enemy, Sam Mendes adaptation of Anthony Swofford's first Gulf War memoir remains one of the best war films to come out of the conflict in the near east, highlighting the sheer mundanity of the life of the marine who doesn't know what they're fighting for. So, we get Jake Gyllenhaal (in a great performance) drinking laxative to avoid his duty, Jamie Foxx making his men play American football in full anti-gas gear in the desert to impress a TV crew and a marine accidentally setting fire to a munitions tent while cooking up his Christmas Day sausages.

Shot by Mendes' regular cinematographer Roger Deakins (the man behind Skyfall's slick visuals) Jarhead excels in creating a nightmarish landscape in the Iraq desert, from burning oilfields raining tar at night, to the final Lord Of The Flies-esque scenes of drunken marines discharging their weapons into the night sky. Plus, you can't beat that Kanye West 'Jesus Walk' soundtrack. Ooh rah.

It doesn't have the raging marine sergeant monologue of Full Metal Jacket, or Willem Dafoe's bloody last stand of Platoon, but 35 years on, Francis Ford Coppola's Apocalypse Now remains the definitive Vietnam film. A riff on Joseph Conrad's Heart Of Darkness, what the film does have is The Doors on fine form with 'This Is The End', Wagner's 'Ride Of The Valkyrie' sound tracking the bloodiest helicopter-led massacre in film history and Robert Duvall extolling the virtues of napalm in the morning (plus the classic exchange, "Sir, this is Charlie's beach!" "Charlie don't surf").

Famously over schedule and over budget, it's well worth setting aside an extra hour or so to enjoy Coppola's extended Redux version for extra Playboy Bunnies and opium smoking. A film shrouded in film-making trivia, it also contains the greatest instance of method-acting ever committed to film, with a drunken Martin Sheen celebrating his 30th birthday by trashing the hotel room in the opening scene. Unperturbed by the fact that he was bleeding all over the place, Sheen ordered the cameras to keep rolling, proving he could more than hold his own against Brando's Kurtz.

It's hard to remember now, what with Spielberg busying himself with adapting children's books, but there was a time when he was a genuinely exciting filmmaker. 1998's Saving Private Ryan is arguably his best film not to feature aliens, dinosaurs or whip-cracking archeologists. Famous for the 20-minute Normandy beach invasion scene (shot on Ballinesker Beach, Ireland) the film re-defined what war films should look like and spawned two spin-off series (the excellent Band Of Brothers and the so-so The Pacific).

Tom Hanks plays a Tom Hanks forced to endure the horrors of war, while his supporting crew is a who's-who of character actors including Giovanni Ribisi, Adam Goldberg and Tom Sizemore. Plus, the film provides an early, straight role for Vin Diesel whose death remains a stand-out moment. Of course the plot (rescuing a soldier whose brothers have all died) may be a bit saccharine and the scene in which Hanks shoots a tank with his '45 only to have it blow up may cause the odd eye-roll, but the scene of Barry Pepper's sniper shooting another sniper through the scope is still one of the coolest film scenes in history.

The first of Kubrick's war films touches upon the anti-war themes later explored in Full Metal Jacket, with Kirk Douglas' Colonel Dax defending his group of French WW1 soldiers against claims of cowardice after they refused to carry out a suicidal attack.

Advertised on the original poster as the "bombshell story of a Colonel who led his regiment into hell and back – while their maddened General waited for them – with a firing squad", the film not only highlights the disparity between the high-ranking officers and the grunts in the trenches (something Blackadder Goes Fourth owes a debt to) but was one of the first films to explore the condition of "shell-shock" – what we now know as Post Traumatic Stress – and its perception as cowardice. From the brutal all-out assault on the German position (the "Ant Hill") to the court scenes of the three "guilty" soldiers awaiting their execution, Paths Of Glory reminds us that each soldier is just a cog in a bloody machine.

Wolfgang Petersen's German war epic follows the crew of a German U-Boat and their mission to sink Allied vessels in the Atlantic. A number of American-directed versions were previously suggested, including one with Robert Redford in the lead and another with Paul Newman, before Petersen took over, eventually shooting six hours of footage which was cut into the film and a separate TV series before being re-assembled as the 209 minute directors cut in 1997. The original version was nominated for six Academy Awards including for the claustrophobic interior scenes and the tense nighttime battles.

Although the film is told from the German perspective, many of the U-Boat's crew are indifferent or even skeptical of the Nazi party's aims. When the crewn are cramped up in a 10 feet by 150 feet metal tube, we quickly forget which side they're on, seeing them as men rather than the enemy. As Roger Ebert noted, "War is hell. Being trapped in a disabled submarine is worse."

Before he was Mad Max, Mel Gibson starred in the story of "Australia's Somme", the First World War battle for the Gallipoli peninsula in Turkey, cumulating in the Battle Of The Nek (also known as "Godley's abattoir" after heavy Australian losses).

Exploring a little-seen side of the Allied war effort, the film follows wannabe sprinters Archy Hamilton (Mark Lee) and Frank Dunne (Mel Gibson) from their small-town beginnings to enlisting in the army due to a shared sense of adventure. As much a film about friendship and escape as it is about war, the scenes of the (not entirely historically accurate) rugby match played against a backdrop of Cairo's Great Pyramids during training in Egypt bring a sense of romanticism to the story of one of history's bloodiest battles, as The New York Times noted in their original review, the "film has an uncommon beauty, warmth, and immediacy, and a touch of the mysterious, too."

The film so good they names it thrice, Tora! Tora! Tora! is a film about the 1942 attacks on Pearl Harbor, told from the perspective of a trio of Japanese pilots and asks "why was one nation unprepared when another was geared for war?" The word 'tora means 'tiger', but in this context can be translated as "lightning attack", indicating the surprise attack on Pearl Harbor was a success. A study into just how the most powerful nation on Earth came to suffer their largest defeat at the hands of a previously unknown enemy. Forget Michael Bay's 2001 monstrosity, this is the only film about catalyst behind America's decision to join WW2 that you need to see.

Re-watching Ridley Scott's 2001 troops-cut-off-behind-enemy-lines thriller is like playing spot-the-famous-actor. Yes, that's Orlando Bloom breaking his back by falling out a helicopter at the beginning. Yes that's Ioan Gruffudd as LT John Beales and yes, that is Tom Hardy making a brief appearance as SPC Lance Twombly.

The plot is based around the real-life incident when a black hawk helicopter is downed (get it?) after embarking upon a mission to capture a war lord in Mogadishu. What follows is a tense, real-time battle during which Delta Force realise they're suddenly not flavour of the week. It's tense, bloody and mostly realistic (see the scene when a soldier is deafened after a machine gun is fired next to his ears). Mostly, it's just interesting to see the American armed forces as the victims, rather than the gung-ho, bullet-proof heroes.

Flooding the Ruhr valley to destroy munitions factories with a newly invented bouncing-bomb is exactly the type of never-gonna-happen plot that is perfect for film. Except it did happen, and the largely historically accurate film has been a Sunday afternoon staple for 60 years with its theme music (Eric Coates' 'The Dam Busters March') being adopted everywhere from spoofs to football terraces.

In terms of the film itself, the attack on the Möhne, Eder and Sorpe dams was a huge influence on the climatic Death Star assault from Star Wars: A New Hope, with George Lucas originally splicing Dam Busters footage into the rough pre-SFX cut of the film that he screened for Steven Spielberg. A Peter Jackson-helmed remake is currently in production. 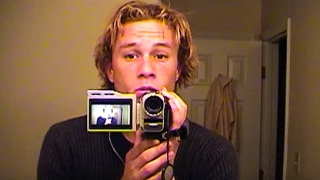