There's more to know about this homegrown heroine.

Superhero movies and comics have now become cool. The interest in the realm of superheroes and supervillains has grown, but sadly, our own local comic book heroes have been tragically overshadowed. So it’s high time we showed our Amazing Warrior Maiden, “Ang Kamangha-Manghang Dilag,” Darna, some love.

Darna has been the center of both adoration and controversy, in anything from her comparative similarity to Wonder Woman to the choices in casting actresses to play her. But what do people actually know about her? FHM has compiled some important facts to shed light and perhaps break some misconceptions you might have regarding the cultural icon that is Darna.

Darna has always enjoyed incredible box office success in the Philippines, which is evident in having inspired over fourteen movies since 1951, three television shows (in 1971, 2005, and 2009), and two ballet productions by the Cultural Center of the Philippines.

She has been played by 14 actresses in movies and TV, including our ever-favorite Angel Locsin, Congresswoman Vilma Santos-Recto, Regine Velasquez, and Sharon Cuneta. In the CCP ballet productions, she was played by Lisa Macuja-Elizalde, Kristine Crame, and Kris Belle Paclibar.

It is interesting to note that Darna has also been played by five men in various parody roles, including great comedians like Chiquito and Dolphy.

In her current canon, Darna bears the typical powers of mainstream superheroes: flight, super strength, super speed, and an incredible level of invulnerability. In addition to this, she also has some psionic abilities, allowing her some limited telepathy. The ruby in her helmet augments these mental powers and can be used to emit a powerful concussive blast. She has also been seen using the stars on her belt like shurikens from time to time.

In the TV shows, she has heat vision and frost breath similar to Superman. Her powers were also limited in the TV show, in particular that the bearer of the White Stone of the Adranika was not allowed to fall in love, lest she lose her powers.

In the '90s and in other incarnations onwards, she was depicted as being able to block projectiles with her indestructible bracelets similar to Wonder Woman, which sparked the controversy of her being a blatant Wonder Woman rip-off.

Darna is older than Wonder Woman

Contrary to popular belief (and badly-researched internet articles), Darna was not inspired by Wonder Woman, much less Darna a rip-off of Diana of Themiscyra. Many have accused Mars Ravelo of copying William Moulton Marston’s Wonder Woman, not knowing that Darna made her first appearances in drawings dated 1939 (as her predecessor, Varga). Wonder Woman would not be published for another two years.

Mars Ravelo also said that Darna was inspired by his real-life hero: his own mother, who raised him single-handedly. 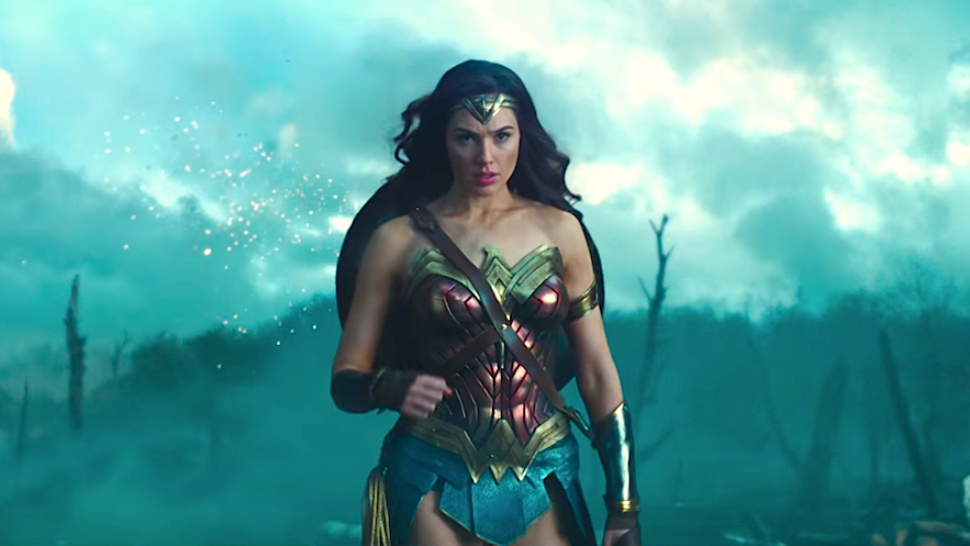 Darna was rejected by major publishers for over eight years

It was nearing the end of the American occupation of the Philippines, but the beginning of the Golden Age of Comics. Superman, Batman, and various other superheroes were gaining incredible popularity, even in the Philippines, which began a demand for Filipino-made “komiks.”

Mars Ravelo had created his superheroine, and was pitching her to publishers as early as 1939, but he had one problem: many publishers thought that a female superhero would never have as much success as that of male superheroes, and for over eight years, Darna was rejected. It was only in 1947 that Darna was finally published (as her predecessor, Varga) by Bulaklak Magazine.

Darna was inspired by the Man of Steel

It was around the beginning of the second World War that the character of Darna took shape. Mars Ravelo saw the potential of Superman as a great symbol for America, representing “truth, justice, and the American Way,” and decided to create a superhero symbol for the Philippines as well.

Ravelo wanted Darna to represent the Philippines—the compassion and empathy of the Filipino people—and has undoubtedly succeeded in creating one of the most recognizable, and perhaps one day, most important cultural Filipino icons. One can only hope that the upcoming Darna movie does justice to the legacy of Mars Ravelo and Nestor Redondo.

About The Author
Daniel Ruperto M. Gaerlan
View Other Articles From Daniel Ruperto
Get The Latest Updates From Esquire!
Subscribe to our newsletter!
Latest Feed
Load More Articles
Esquire Money

Blink And You'll Miss Him, But Robert De Niro's Appearance In The 'Joker' Trailer Could Be Crucial

Despite a Stellar Performance by Arjo Atayde, 'Bagman' is Crippled by its Production and Platform
All Photos
Comments
View As List