Based on an award-winning children's novel from the 1960s, 'A Wrinkle in Time' updates the novel while remaining faithful to its message. 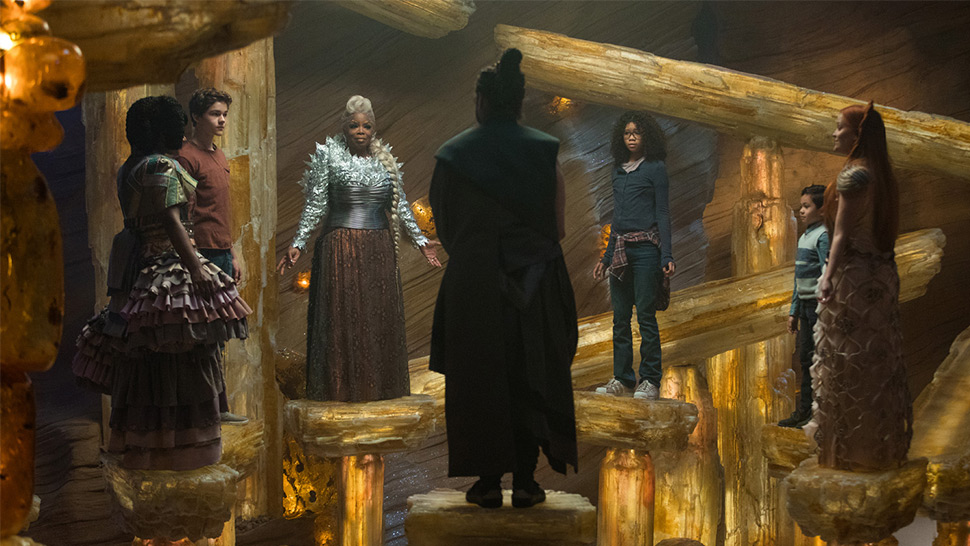 Fans of Madeleine L’Engle’s timeless young adult novel can rest easy. While director Ava Duvernay’s adaptation of A Wrinkle in Time takes some significant departures from the source material, it remains faithful enough to the book’s plot and central themes, resulting in an uplifting family movie that is very relevant to our time and does the original novel great justice.

The film revolves around middle schooler Meg Murry’s mission to find her father, a brilliant physicist who disappeared four years ago. Together with her little brother Charles Wallace, her classmate and crush Calvin (this is a YA novel after all), and three otherworldly beings named Mrs. Whatsit, Mrs. Who, and Mrs. Which, she embarks on a journey across space and time. 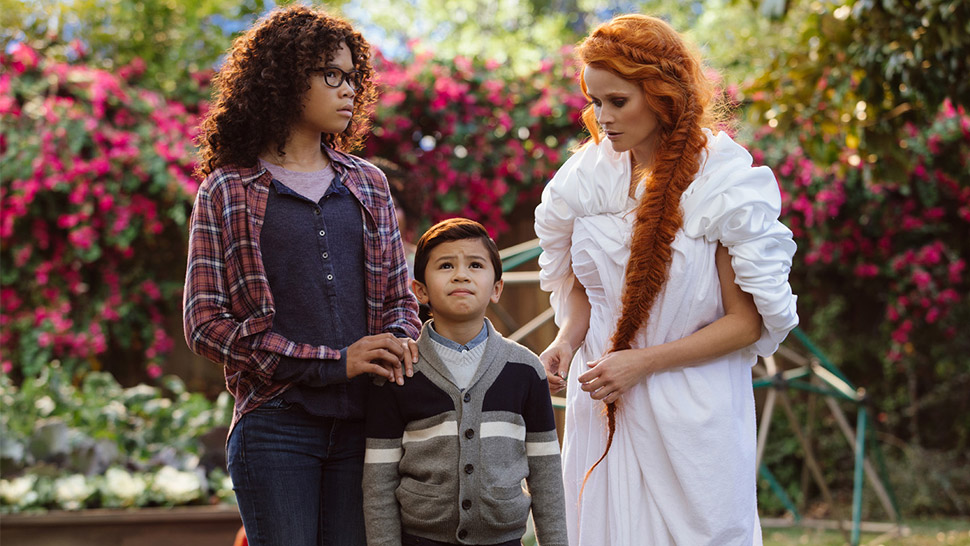 If you’ve been worried that the racially diverse cast was selected for tokenism, fear not. While Storm Reid looks nothing like L’Engle’s description of Meg Murry, she perfectly portrays the character’s jadedness, insecurity, and deep distrust of people. It’s easy to empathize with her sadness at her father’s disappearance, and her fear that he might never return.

Surprisingly, Deric McCabe’s Charles Wallace is actually more likeable than the original. While he captures the character’s precociousness, intelligence, and intuitive ability, his portrayal has a childlike exuberance and impulsiveness that makes him easier to relate to than the book character, who often seemed more aloof and otherworldly—an adult in a 5 year-old’s body. 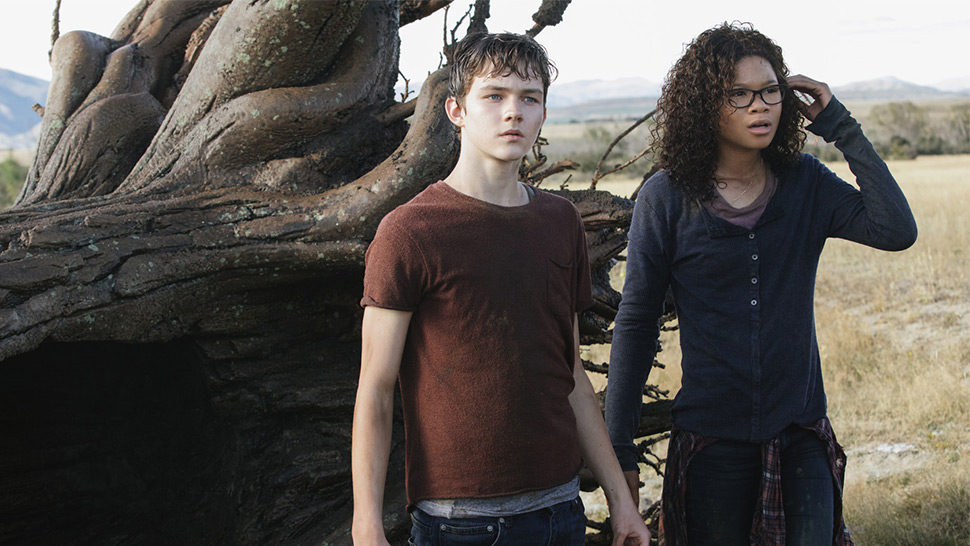 By contrast, Calvin (Levi Miller) looks like he stepped right out of the pages of the novel. If you’ve read The Hunger Games, think of Calvin as the 1960s precursor to Peeta—an easygoing, personable love interest who acts as a foil to our protagonist’s guardedness. From the way Calvin looks at Meg, it’s easy to see how smitten he is with her. Through his eyes, we see Meg’s strength, intellectual brilliance, and beauty, which she herself is completely blind to.

Reese Witherspoon, Mindy Kaling, and Oprah Winfrey are radiant as Mrs. Whatsit, Mrs. Who, and Mrs. Which. As three gutsy, empowered, larger-than-life women who’ve made great strides in their respective fields, there’s honestly no one better to portray beings made of stardust and light who strive to protect all that is good and right. 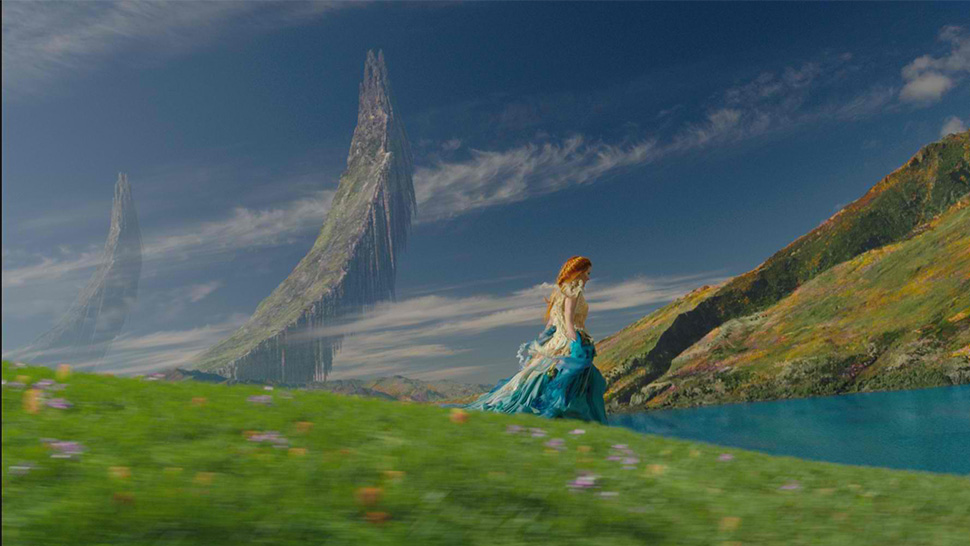 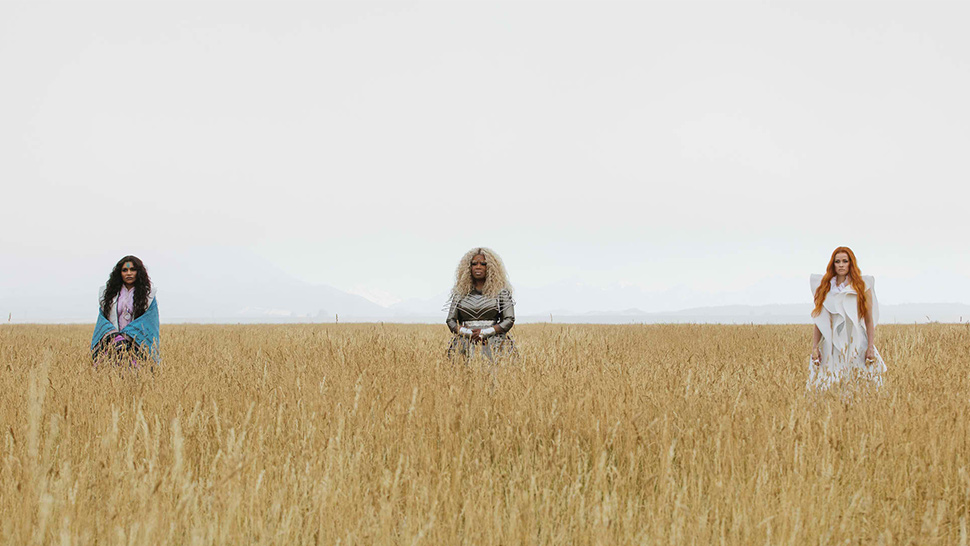 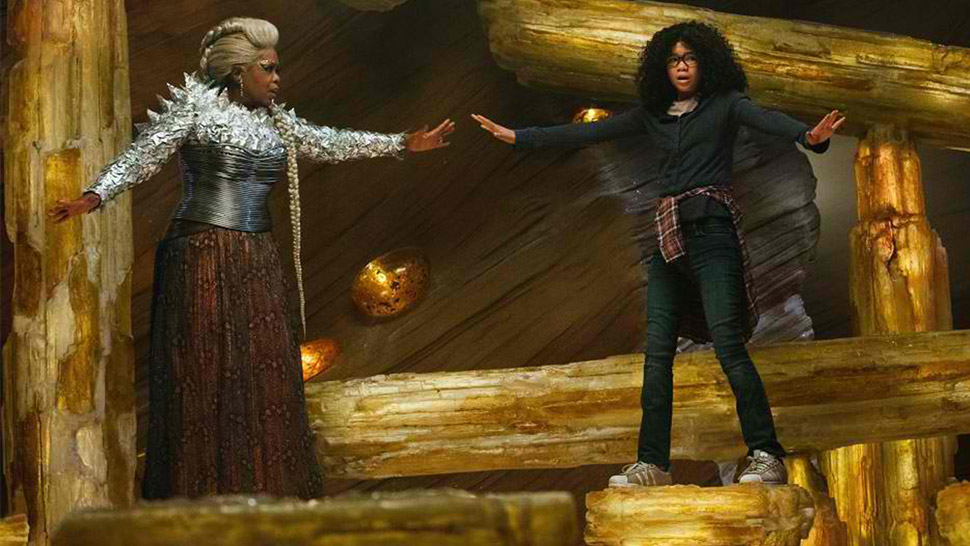 In fact, one suspects that the film rushes through its final scenes because it gave a little too much screentime to the three wise women, their fabulous costume changes, and the breathtaking planets they visit. But these scenes are so visually pleasing, and Witherspoon, Kaling, and Winfrey so delightful that you can’t really blame the filmmakers for doing so.

In any case, the film does a good job of depicting Meg’s journey to self-acceptance in a believable manner. It highlights the fact that our faults, imperfections, and differences can be our strengths. And more than that, it drives home an important message about how we can get through these troubled times: that while it seems like evil has taken over the world, love is the light that can drive back the darkness.

As Mrs. Who—who has a penchant for quoting poets—tells Meg, “The wound is the place where the light enters you.”