From minds that brought you 'Mad Men' and 'Parks and Recreations'. 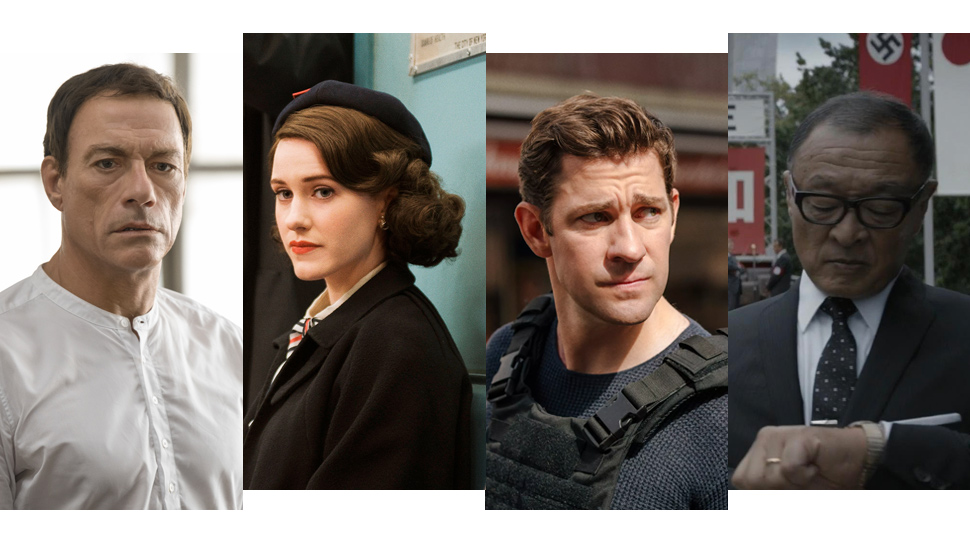 Like most people today, we've been content with our weekend ritual of staying at home with a stash of junk food and hours to burn on Netflix. But thanks to Globe, there's a new streaming service in town that will vie for some of your couch time: Globe is offering eligible subscribers six months of Amazon Prime Video, and it's a platform to be reckoned with.

Of course, no one says you have to let go of your precious Netflix titles. Impending releases like Narcos: Mexico or the Marvel series—not to mention, eventually, Stranger Things—make it impossible to part with a subscription to the big red N. But it's important to know what Prime has to offer, to see if you can't use a second streaming platform subscription in your life. Consider:

Amazon's Emmy-nominated, Golden Globe-awarded original series, The Marvelous Mrs. Maisel is set in '60s America, and tells the story of a housewife who discovers that she has a knack for stand-up comedy.

Who's in it: The title role of Midge Maisel is played by Rachel Brosnahan, but you may also recognize Tony Shaloub of Monk and Alex Borstein of Family Guy.

Catch-up curve: The show released its first season in November 2017, with a second season in the works and a third season confirmed.

Rotten says: "The Marvelous Mrs. Maisel is an upbeat addition to Amazon's original offerings, propelled by a playful yet poignant performance by Rachel Brosnahan."

A political thriller based on the character created by Tom Clancy and previously played by Alec Baldwin, Harrison Ford, Ben Affleck, and Chris Pine. John Krasinski takes the name this time around, as his Jack Ryan is wrenched from the security of his desk job and thrust into the field after discovering a string of dubious bank transfers.

Who's in it: John Krasinski of The Office and A Quiet Place is Jack Ryan, and Abbie Cornish of Three Billboards Outside Ebbing, Missouri is Cathy Muller, his fiancee. Michael Bay is an executive producer and Game of Thrones composer Ramin Djiwadi is on score.

Catch-up curve: None. The first season premieres on August 31.

Rotten says: "Though not as thematically rich as some of its geopolitical predecessors, Jack Ryan is a satisfying addition to the genre buoyed by exceptional action sequences and a likable cast."

A film adaptation of the dystopian alternate history novel by Philip K. Dick, which revolves around the premise: What if the Axis powers won World War 2? The series explores a modern world divided between Nazi Germany and Imperial Japan.

Who's in it: Ridley Scott is executive producer.

Rotten says: Of Season 1: "The Man in the High Castle is unlike anything else on TV, with an immediately engrossing plot driven by quickly developed characters in a fully realized post-WWII dystopia."

In 2015, the BBC chose not to renew the contract of Top Gear host Jeremy Clarkson, who had physically and verbally assaulted producer Oisin Tymon. Following Clarkson's dismissal, co-hosts James May and Richard Hammond also decided to depart from the series. Together, the three reunited to make another motoring series entitled The Grand Tour.

Who's in it: Top Gear, basically.

An adaptation of Neil Gaiman's 2001 novel of the same name, which follows the story of a man named Shadow as he joins the modern American incarnation of the god Odin. Together, they travel across America to recruit other modern incarnations of Old Gods, who fight for their waning influence versus the New Gods of technology and media.

Who's in it: Babydoll from Sucker Punch (Emily Browning), Scully from X-Files (Gillian Anderson) and George McFly from Back to the Future (Crispin Glover).

Rotten says: "American Gods opens with a series of wildly ambitious gambits—and rewards viewers' faith with a promising first season whose visual riches are matched by its narrative impact."

Based on the comic book of the same name, The Tick tells the story of a nigh-invulnerable superhero in a blue tick costume who arrives in The City to help combat crime. He befriends a nervous and mild-mannered young man named Arthur who becomes his sidekick. They come to realize that an apparently long-dead supervillain called "The Terror" may still be pulling the strings in the city's underworld.

Who's in it: Peter Serafinowicz, who weirdly, was the voice of Darth Maul in Star Wars: The Phantom Menace, stars as The Tick.

Rotten says: "Likeable characters add realism and heart to the tongue-in-cheek humor and high-octane action that fuels The Tick."

Washed-up martial artist and action star Jean-Claude Van Damme plays himself in a version of reality that sees him returning to life as an undercover agent.

Who's in it: Well, JCVD himself. But also, it's directed by Peter Atencio, who also directed Key & Peele, as well as Keanu.

Catch-up curve: The pilot premiered in 2016, and five more episodes followed in 2017. Unfortunately, the show was canceled by Amazon.

The New Yorker says: "You can admire the show's insistent devotion to its own concept while also thinking that Amazon has more money than it knows how to spend."

A contemporary anthology series set around the globe featuring eight separate stories about people who believe themselves to be descendants of the Romanoff royal family of Russia.

Who's in it: It's written, produced, and directed by Matthew Weiner, who made Mad Men. And since it's an anthology format, each episode has its own big names: Aaron Eckhart (Harvey Dent in The Dark Knight), Amanda Peet (Emily in A Lot Like Love), Diane Lane (Martha Kent in Batman v. Superman), John Slattery (Howard Stark in Captain America: Civil War), and Corey Stoll (The Yellow Jacket in Ant-Man) are among them.

Catch-up curve: None. The series premieres in October 2018.

An anthology series based on various writings from author Philip K. Dick (who dreamt up the source material for Blade Runner). Each episode is set in a different world—some in the far reaches of the universe and others that are much closer to home—but central to each is the exploration of the importance and significance of humanity.

Who's in it: Richard Madden (Robb Stark in Game of Thrones), Benedict Wong (Wong in Doctor Strange), Janelle Monae, and Greg Kinnear.

Rotten says: "Electric Dreams' dreamy production values and optimistic tone help make up for a lack of originality and tonal cohesion—and save the show from feeling like just another Black Mirror clone."

Oscar and June live a comfortable but predictable life in suburban Riverside, California. For 12 years they’ve had the same conversations, eaten the same meals and taken pleasant vacations at the same rented lake house. But after June talks Oscar into shaking things up with a ski trip, the pair find themselves in completely unfamiliar territory.

Who's in it: Saturday Night Live alumni Fred Armisen and Maya Rudolph star in it; and it's created and produced by Alan Yang, who also made Parks and Recreations as well as Master of None.

Amazon Prime Video is now officially available in the Philippines to eligible Globe subscribers. Text APV to 8080 to activate your membership. 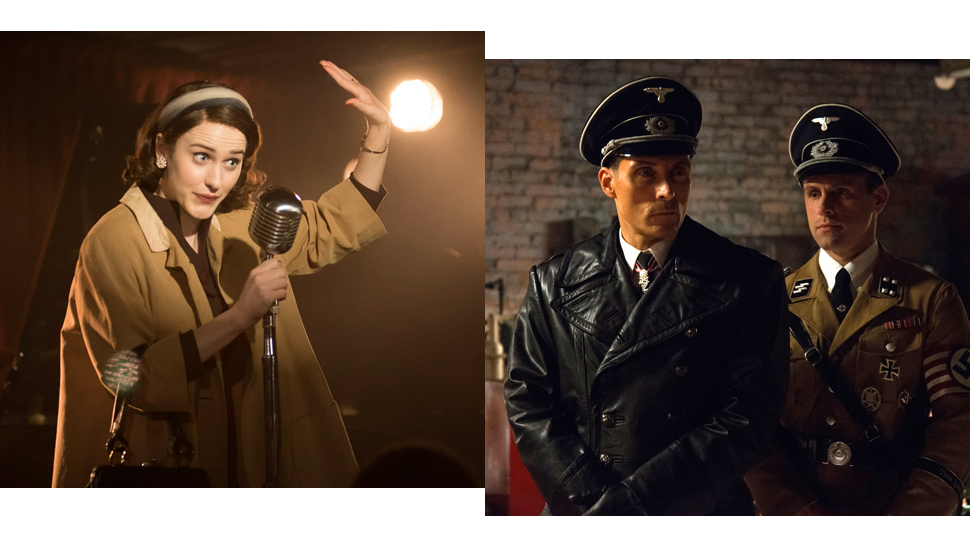 It's Official: Amazon Prime Video is Coming to the Philippines

George Clooney Makes $27,283 an Hour, and It's Not Because of His Acting
All Photos
Comments
View As List