Unless you've been living under a rock or are some kind of sick DC Extended Universe loyalist, you've probably already laid out your plans to watch Avengers: Infinity War when it hits theaters here in the Philippines on April 25. Anticipation for Infinity War has been building for months, and its box office success is all but certain, so woe be the film that decides to share a release frame.

But thankfully, there's no shortage of other good films to watch out for this month. Here are just some of the films you can catch while waiting for the next big Marvel blockbuster.

Honor Thy Father
April 1 to 5
Before he set out to make Buy Bust, Erik Matti made Honor Thy Father, a revenge saga starring John Lloyd Cruz in one of his darker roles. It was originally screened in the 2015 Metro Manila Film Festival, where it was also diqualified for the Best Picture award. Black Maria Cinema in Mandaluyong is screening it alongside Alvin Yapan's Oro this week, as a look back at controversial MMFF films.

Women of The Weeping River
April 1 to 5
This week, Cinema '76 in San Juan will be screening Sheron Dayoc's critically acclaimed film about two women in a remote Muslim community who confront an escalating blood feud that spans several generations. It's been praised for its intimate depiction of the conflicts in Mindanao.

6 Balloons
April 6
Later this week, Netflix Philippines is dropping 6 Balloons, a critically acclaimed drama starring Dave Franco (yep, you read that right) about a woman who must drive her heroin addict brother and his daughter acrosss LA to find a detox center. So far, it's garnered a critics' score of 100% on Rotten Tomatoes, with RogerEbert.com calling it "a heartfelt, scary drama about what addiction does to the people around the addict."

A Quiet Place
April 11
John Krasinski sits in the director's chair of one of the most widely anticipated horror films in a while, in which he and his wife Emily Blunt play the lead roles. A Quiet Place is about a family on the run from creatures that hunt their prey using sound. We're getting serious The Last of Us vibes from this one.

Beirut
April 18
In Beirut, Jon Hamm plays a U.S. diplomat who flees Lebanon in 1972, only to return to Beirut ten years later to negotiate for the life of a friend he left behind. The film has been lauded for how it deals in cinematic espionage and intrigue.

Mazinger Z Infinity
April 18
Anyone who watched Mazinger Z as a child would need no convincing—the nostalgia alone is reason enough to be excited.

Ghost Stories
April 18
This three-part horror anthology starring Martin Freeman and End of The Fucking World's Alex Lawther has been getting rave reviews as well, most especially for its tribute to old school horror films.

The Florida Project
April 18
This social realist drama paints an intimate picture of the life of a six-year-old girl and her friends enjoying their summer break as their parents struggle to make ends meet. At this year's Oscars, Willem Dafoe was nominated for Best Supporting Actor for his role in The Florida Project.

Mercury 13
April 20
Later this month, Netflix is dropping a documentary that profiles the 13 women who, in 1961, underwent the physiological training and tests required for the selection of astronauts for Project Mercury, only to have their dreams dashed when only men were chosen. There aren't too many details on this one yet, but it tackles an interesting story that's especially relevant today.

Erratum: A Quiet Place is John Krasinski's third feature film as a director—not his directorial debut as we had initially indicated in this article. We apologize for this oversight. 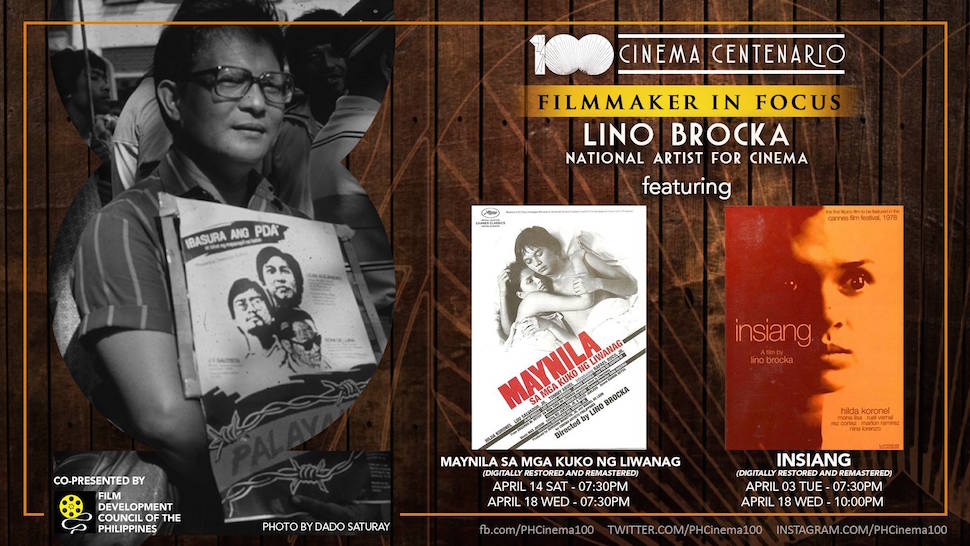